LEGO has unveiled a set featuring the iconic central perk coffee shop from the TV show friends. the release of the set coincides with the 25th anniversary of the popular american sitcom. 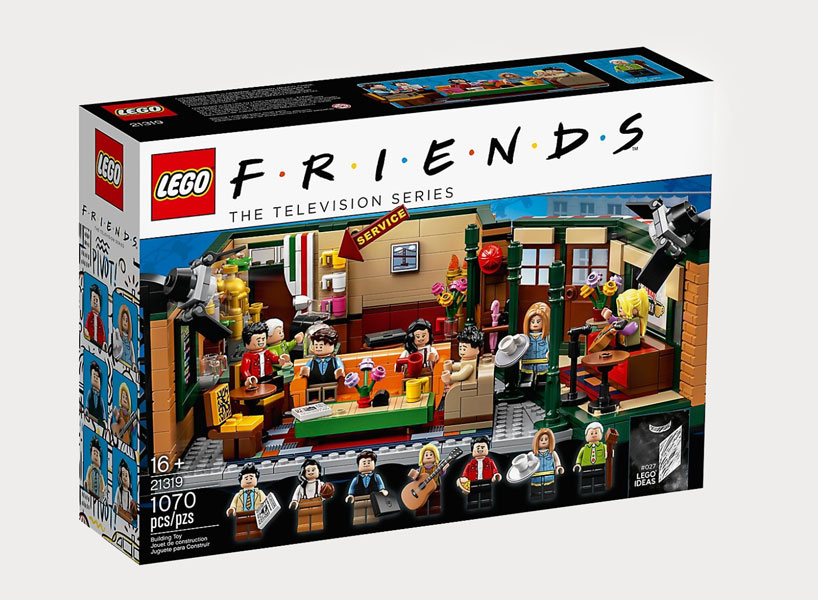 the focal point of the friends LEGO set is central perk, a new york coffee shop which serves as a hub for the show’s main protagonists. its construction features the iconic main seating area including the sofa, armchair, 2 chairs and a table. other accessory elements in this café playset include a newspaper, 15 coffee cups and a ‘reserved’ sign, plus 3 vases and buildable flowers. the facade of the coffee shop is revealed by a clever mechanism that turns the entire set around, framed by tv lights. 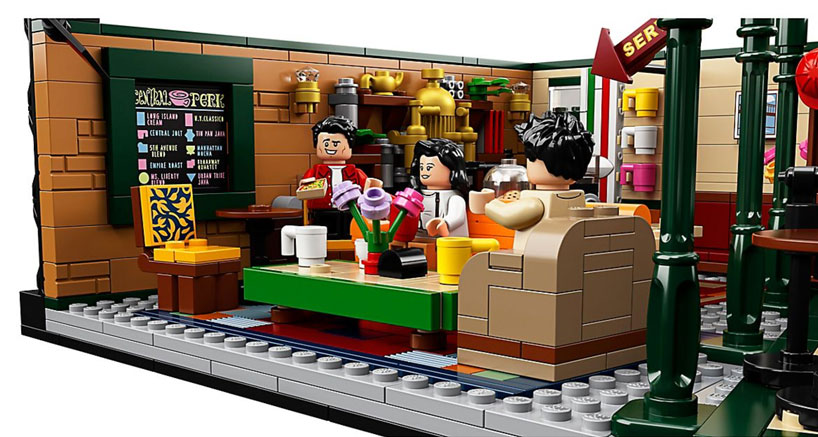 the new LEGO ideas creation features over 1,000 different elements and the entire cast of friends including ross, rachel, chandler, joey and phoebe. the minifigures each have their own items inspired by the TV series, including ross’s brick-built keyboard and the following accessory elements: rachel’s tray and coffee cup, monica’s muffin, joey’s pizza box, pizza slice and ‘man bag’, chandler’s laptop, phoebe’s guitar and gunther’s broom. 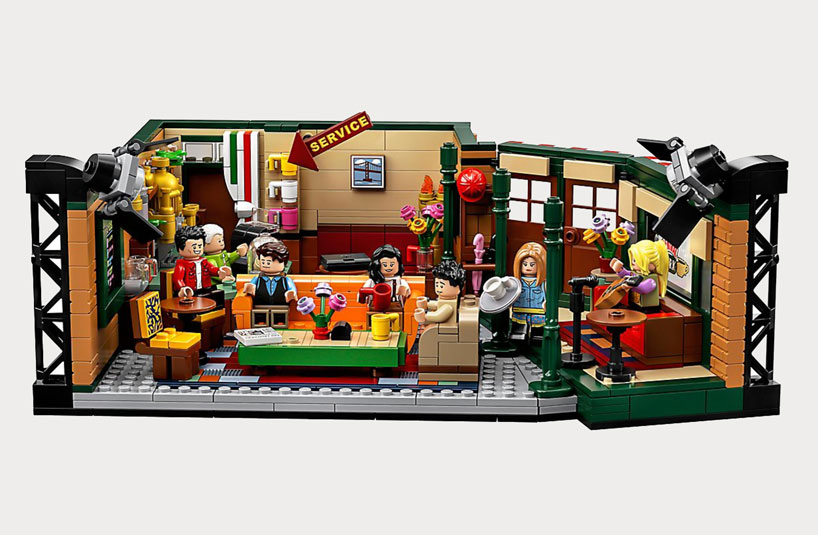 the central perk friends set launches september 1 for $60. it is the latest from the lego ideas program, which lets fans submit their own builds. if they receive 10,000 votes from the community, LEGO considers making the ideas for production as retail products. this friends set was submitted by user mric76. 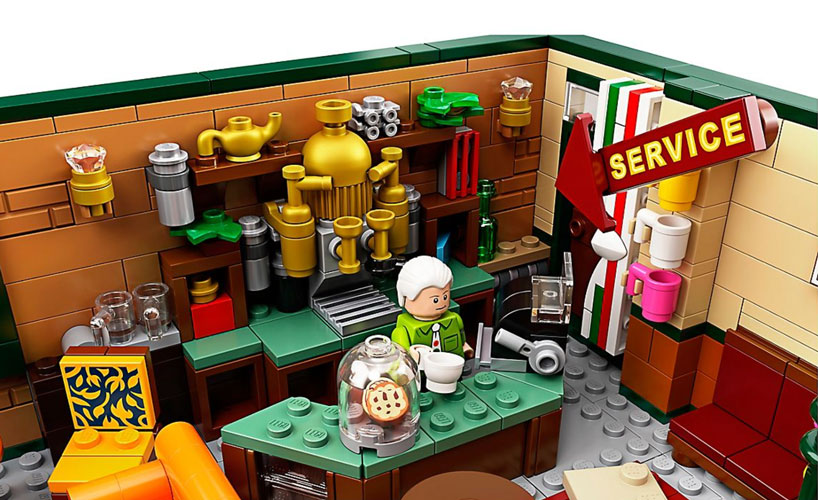 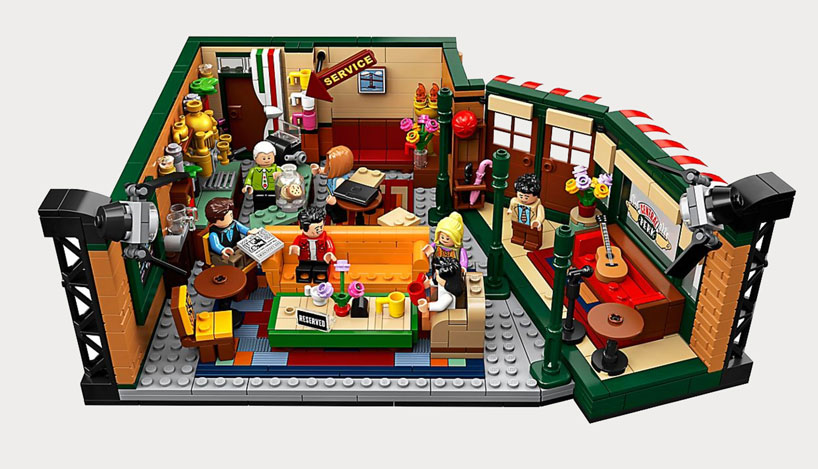 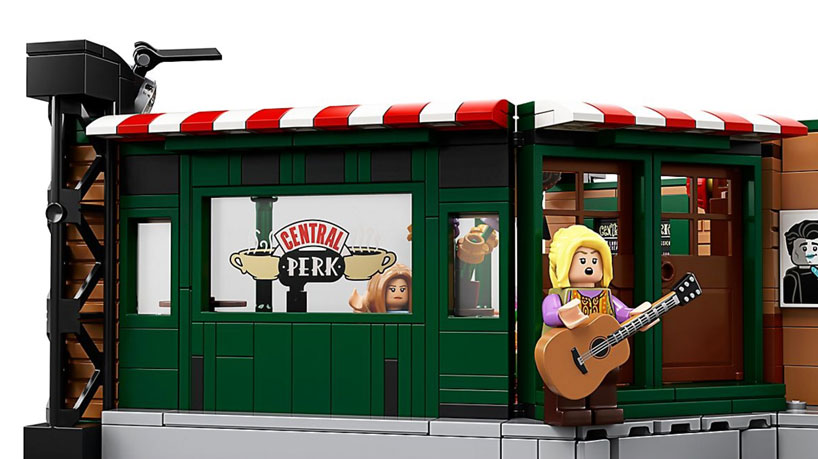 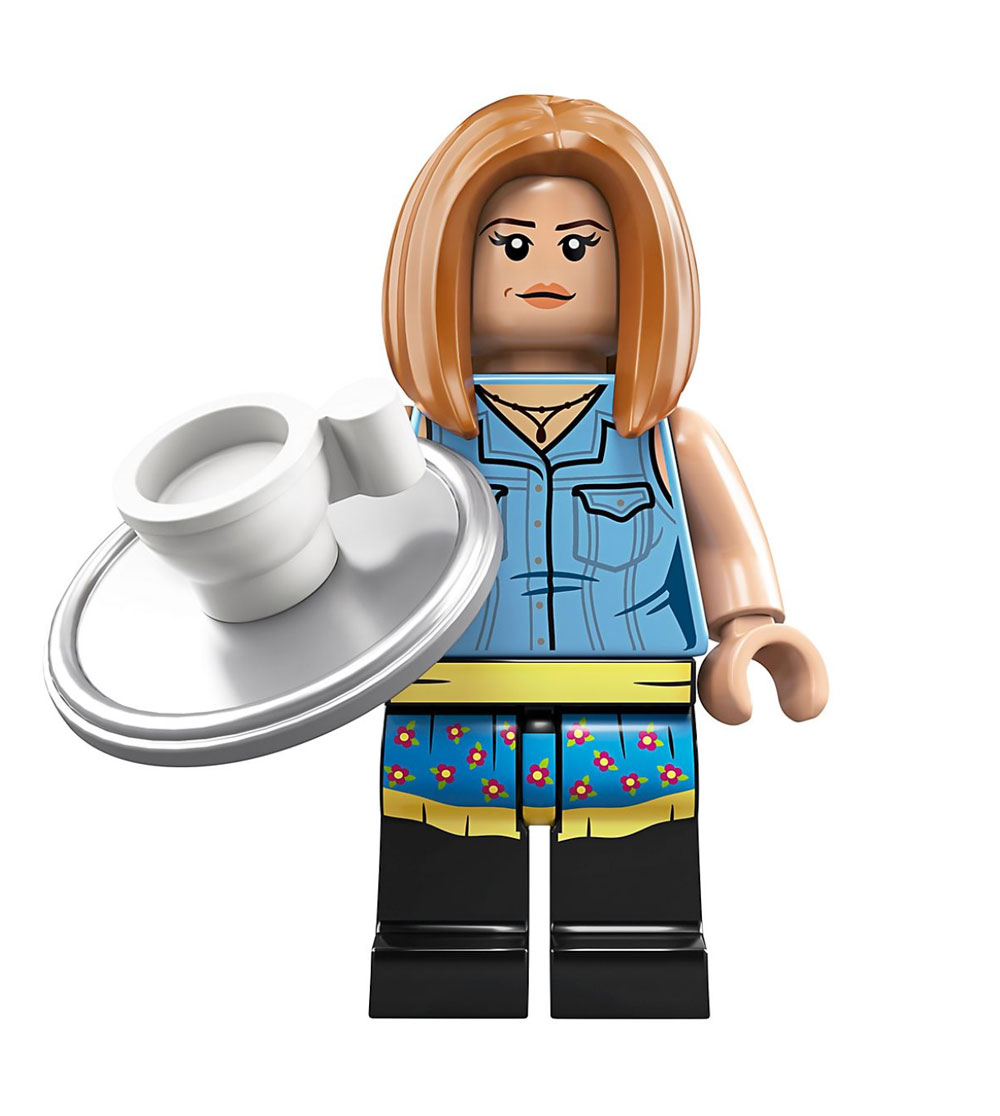 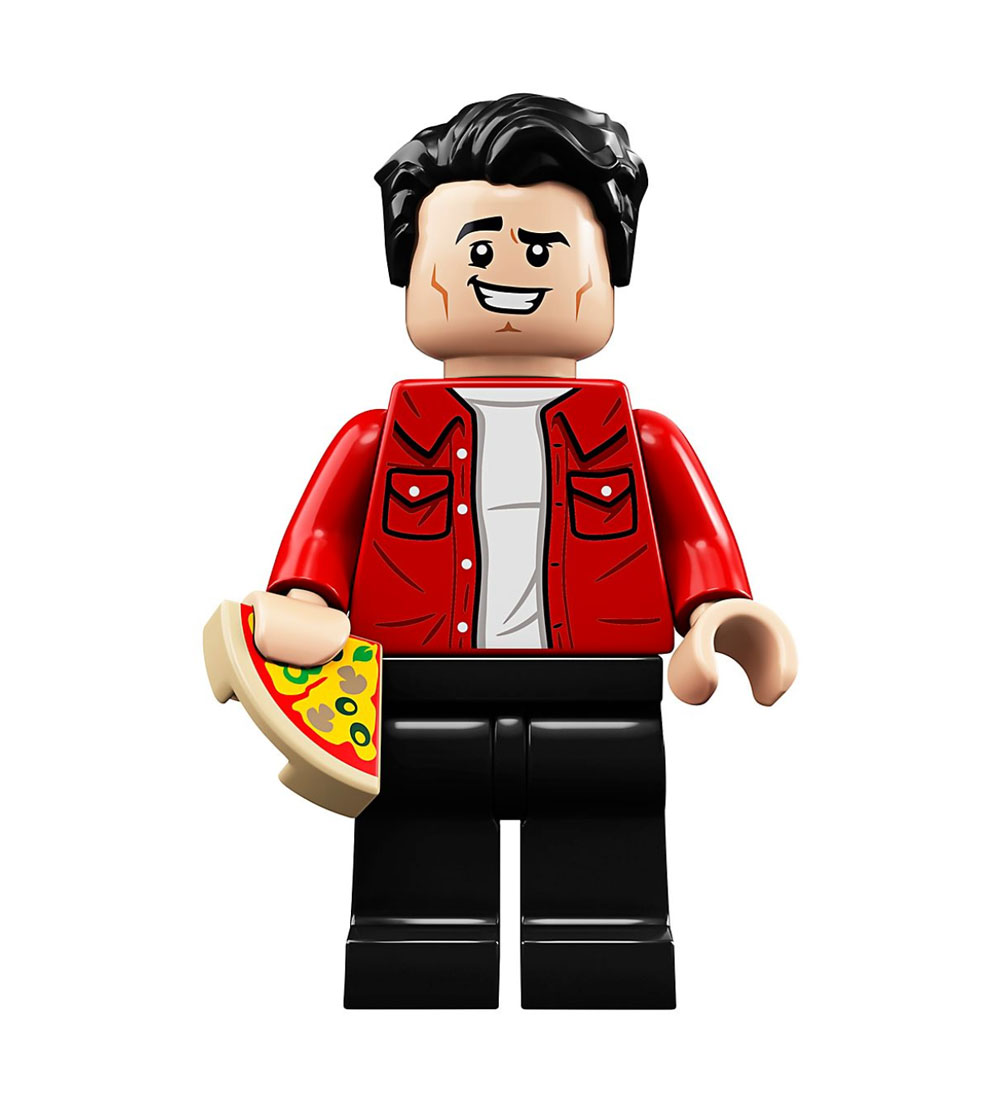 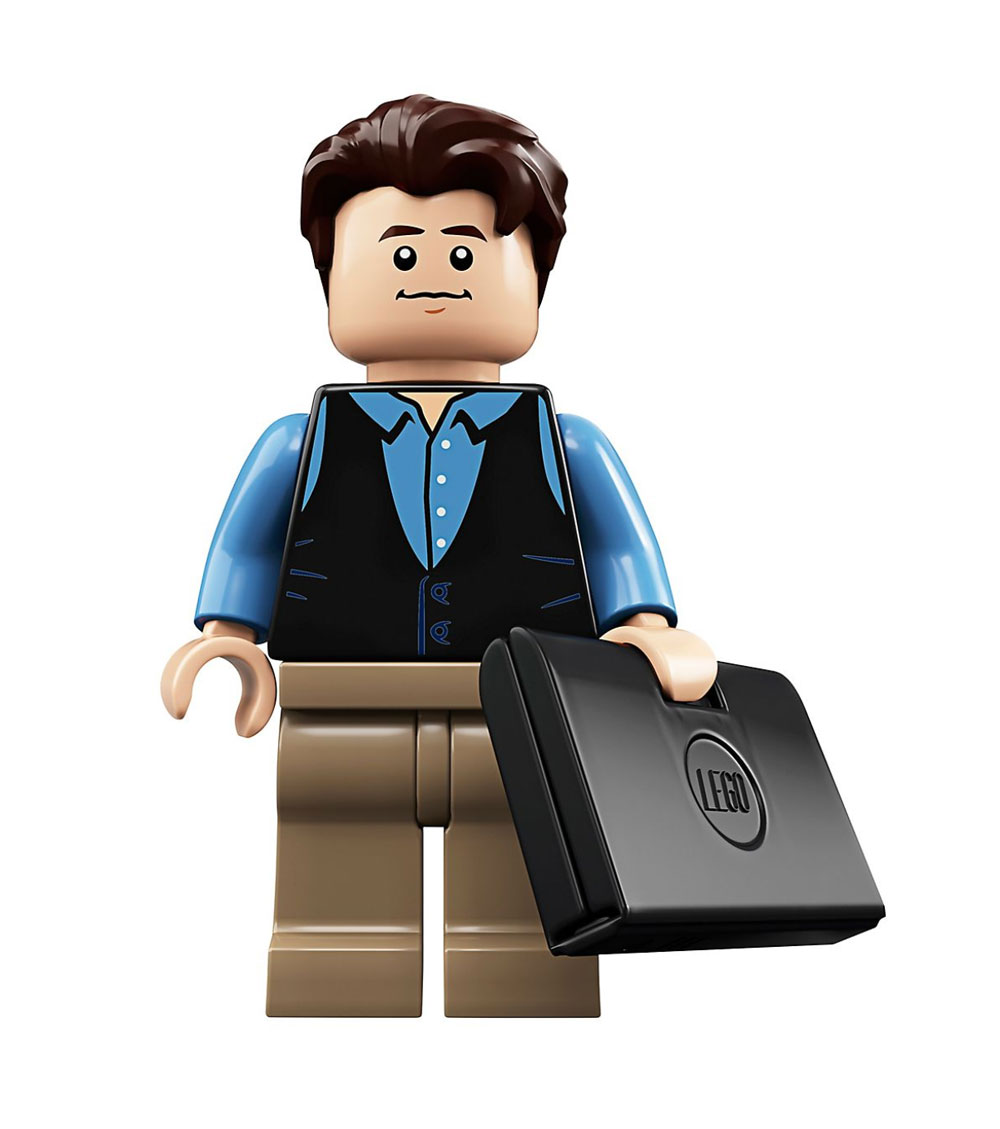 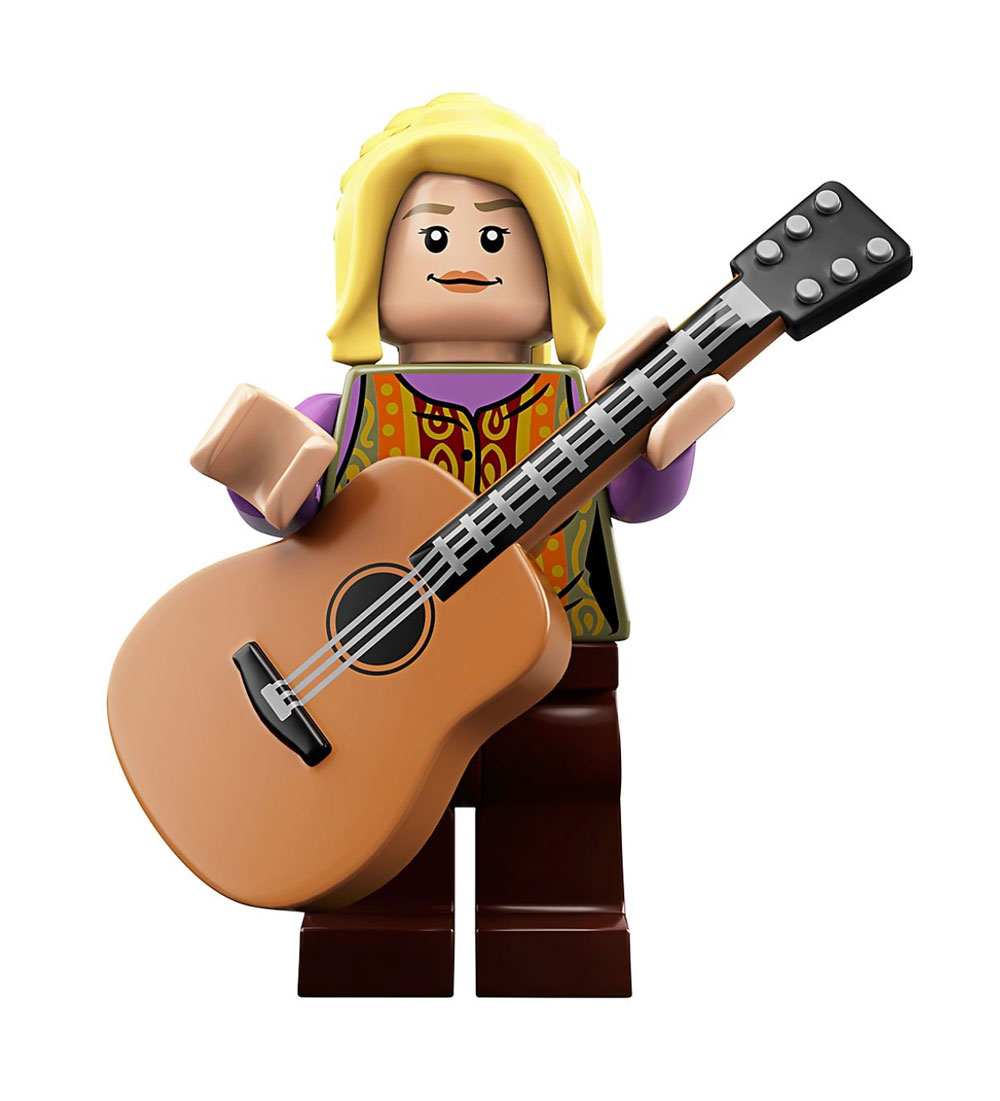 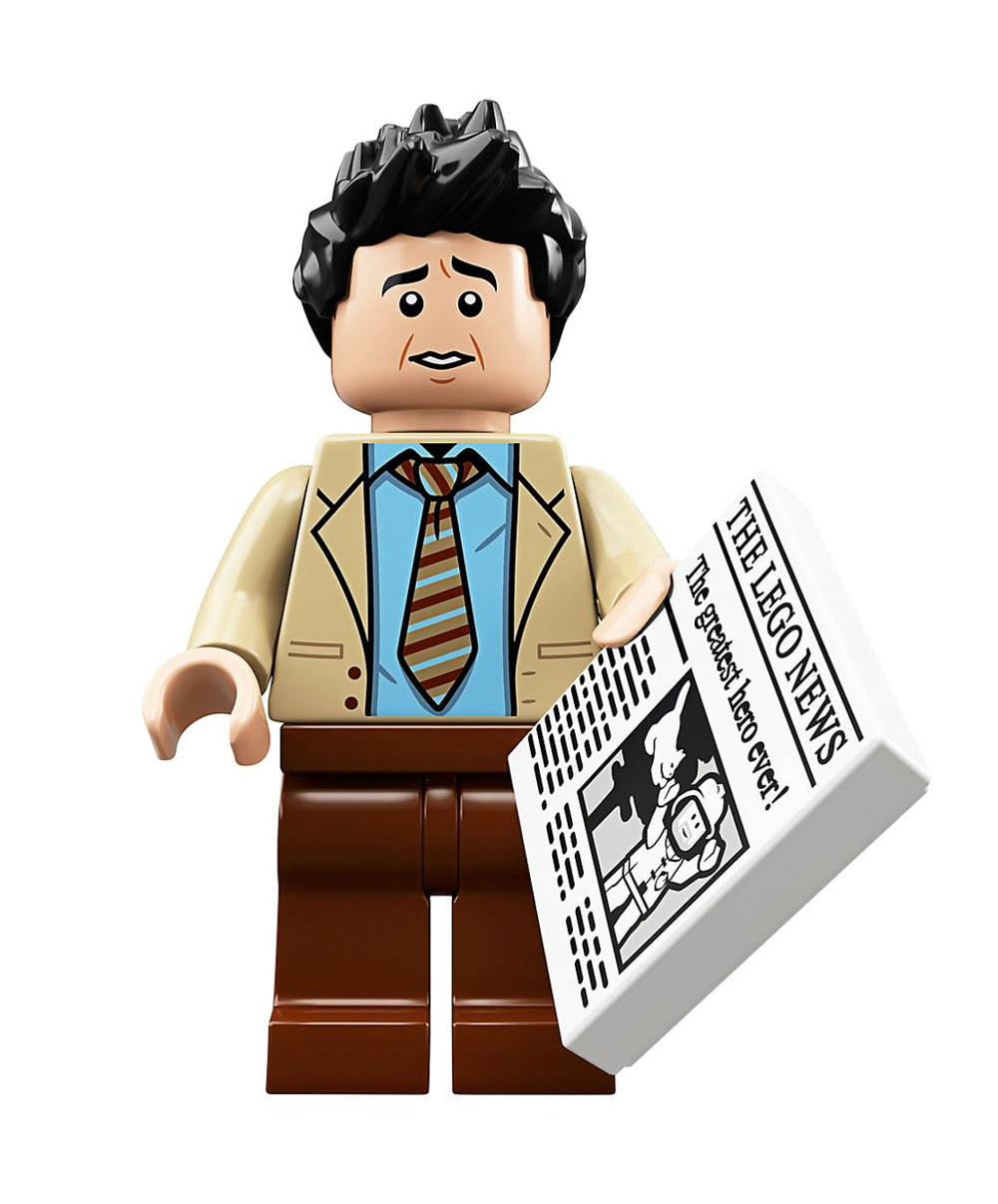 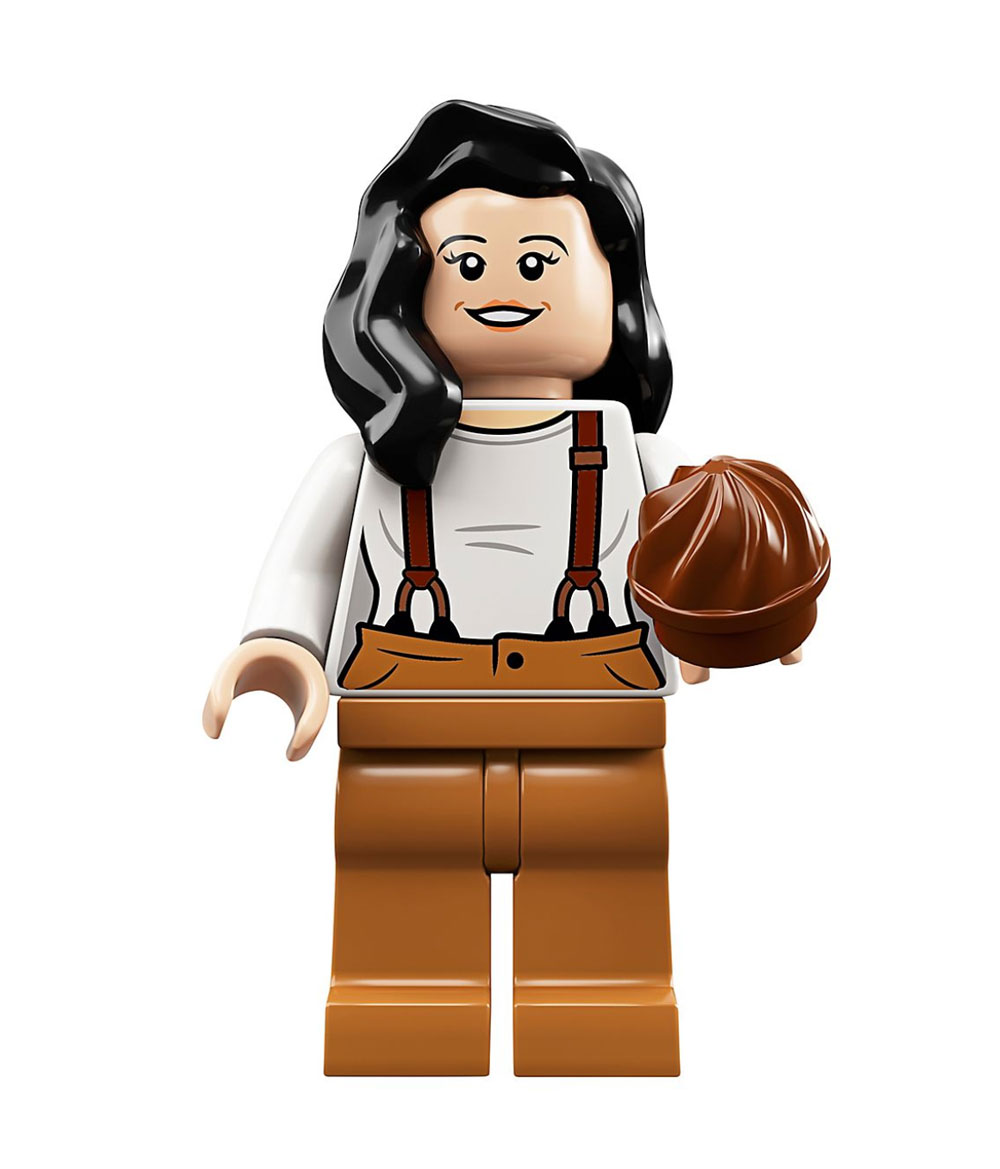 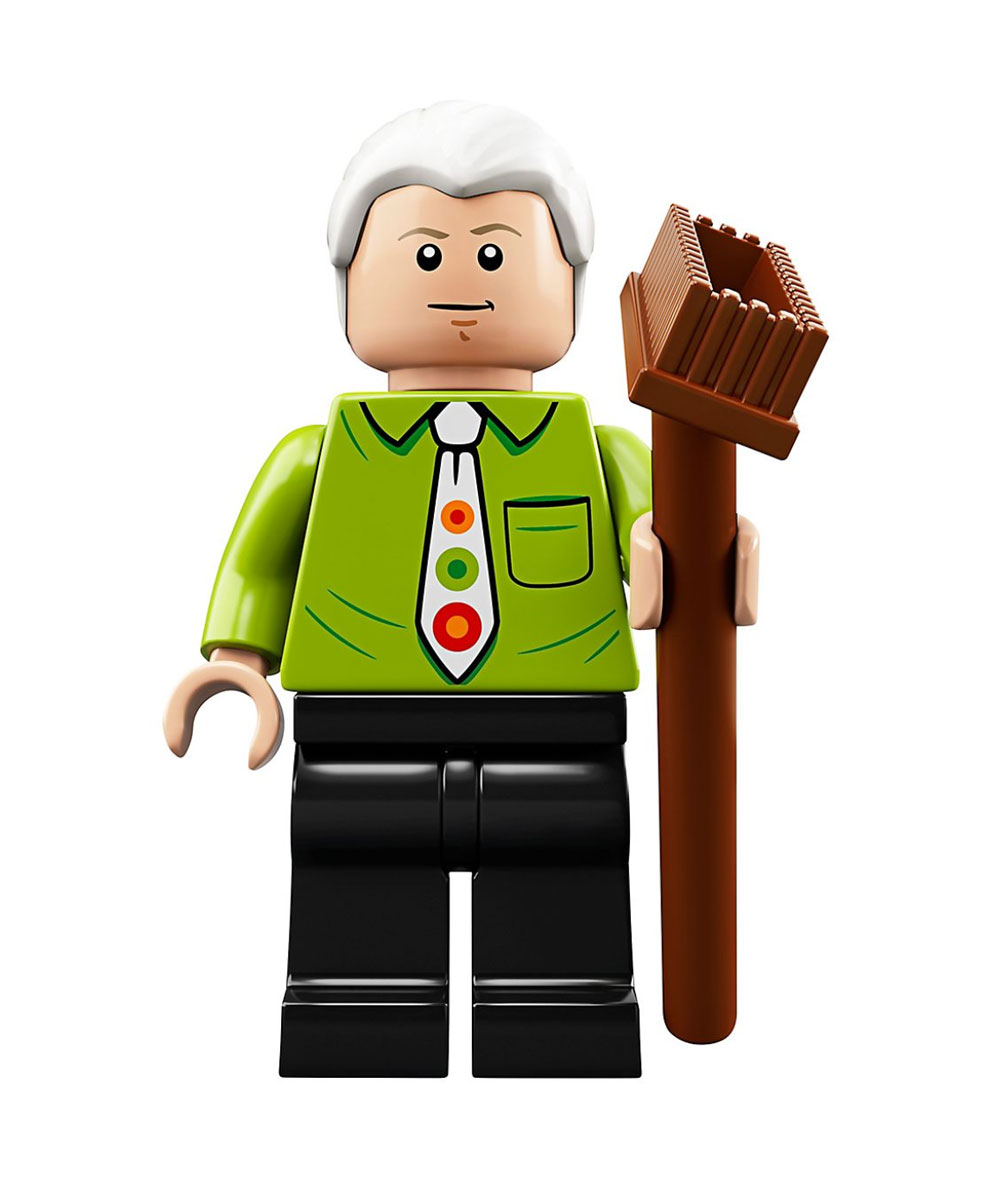