designboom published a preview article on the LEGO greenhouse by london-based designer sebastian bergne for which he was commissioned by LEGO UK to produce a large-scale public installation made entirely of LEGO bricks which also fully functions as a greenhouse. the structure has now been realized within the north east piazza in london’s covent garden as part of london design week 2011.

the overall form draws from the history of covent garden as london’s original fruit and vegetable market, featuring a pitched roof that looks like an ordinary suburban glasshouse dropped into a new environment in daylight. at night it becomes a magical box glowing and lit, coming to life with the plants it contains.

the world’s first living LEGO greenhouse, the framework was built and installed by duncan titmarsh, the only LEGO certified professional in the UK and is home to living plants and vegetables. ‘LEGO greenhouse’ is on view until september 25th, 2011. 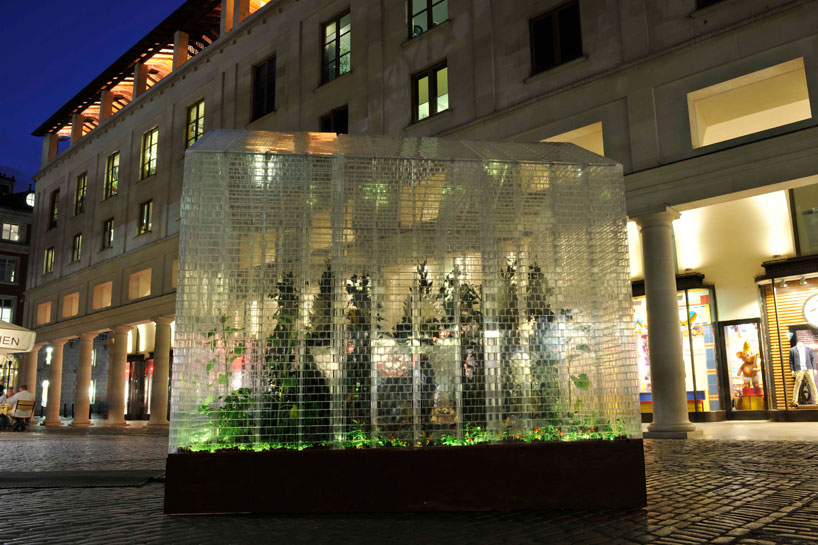 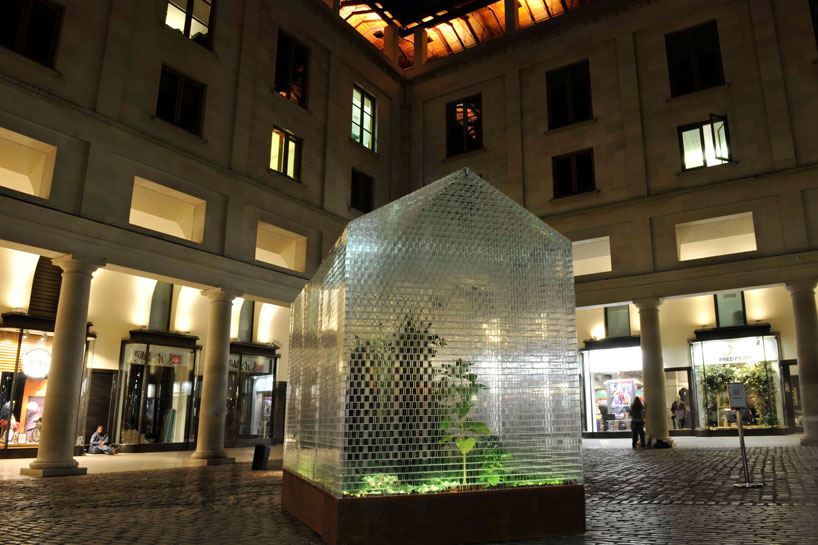 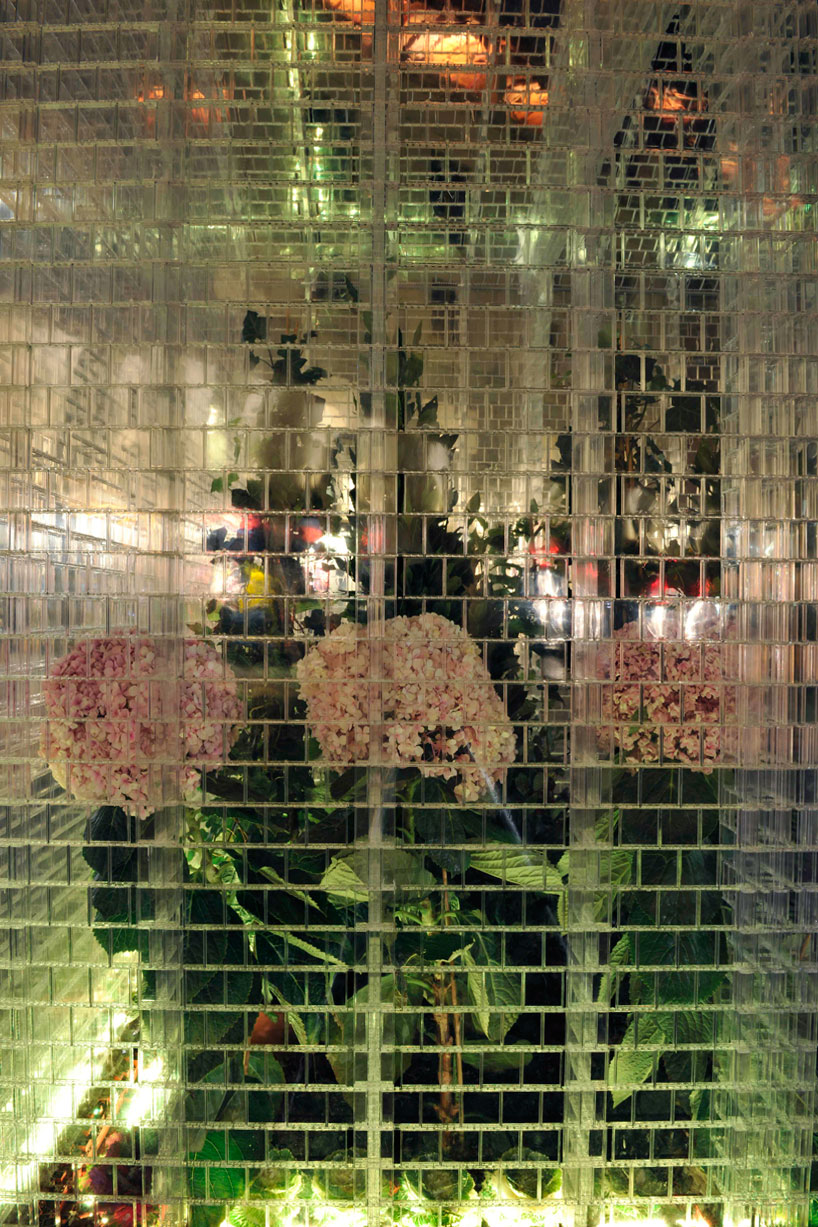 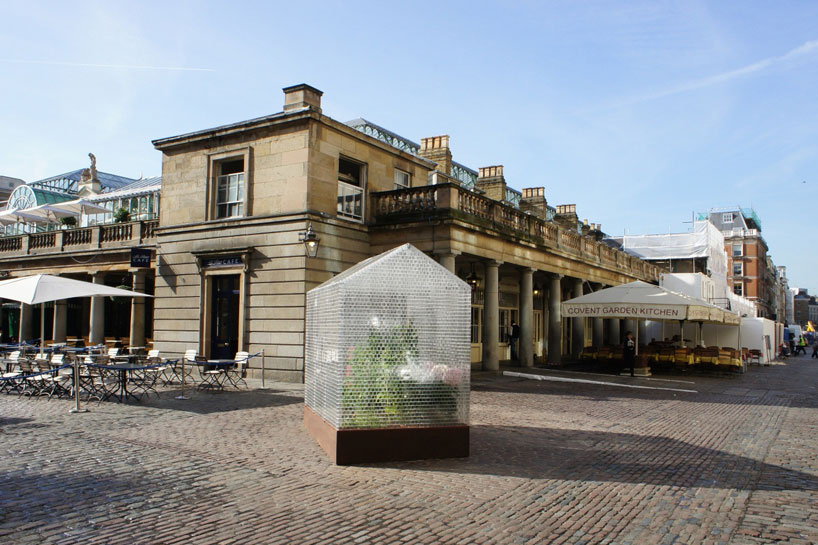 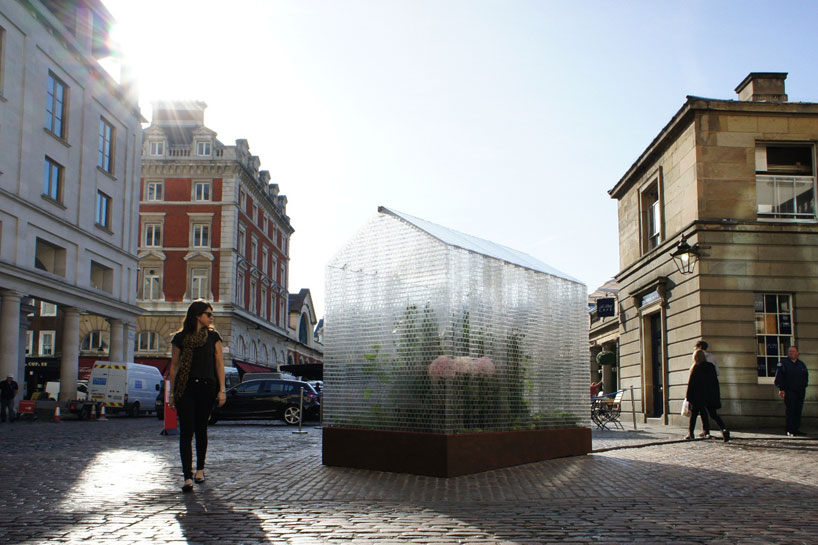 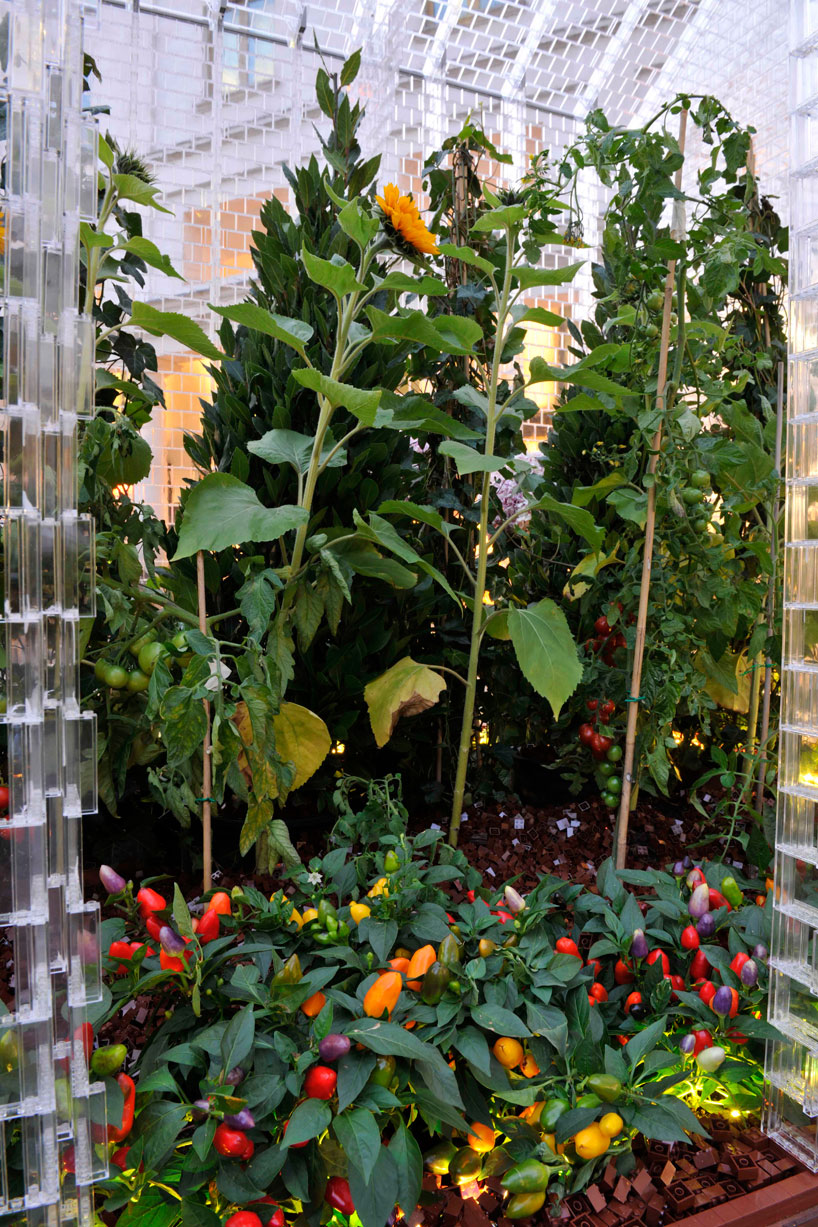 images of the building up: 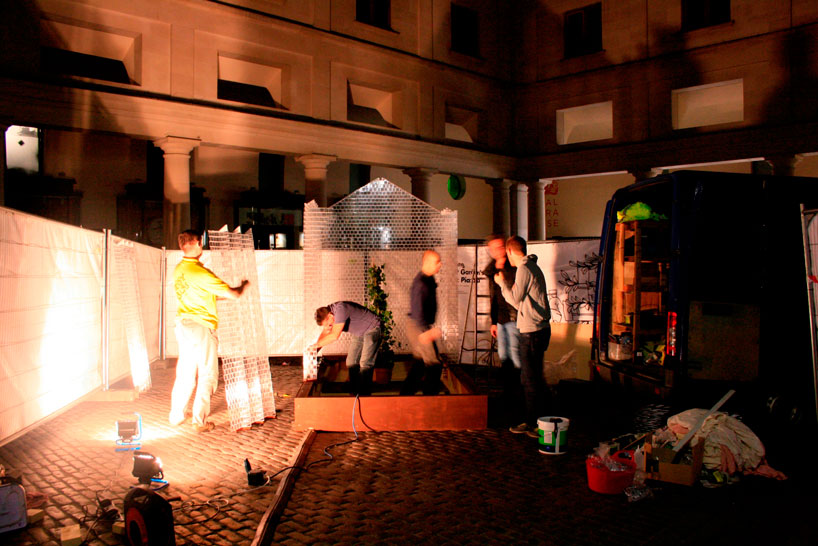 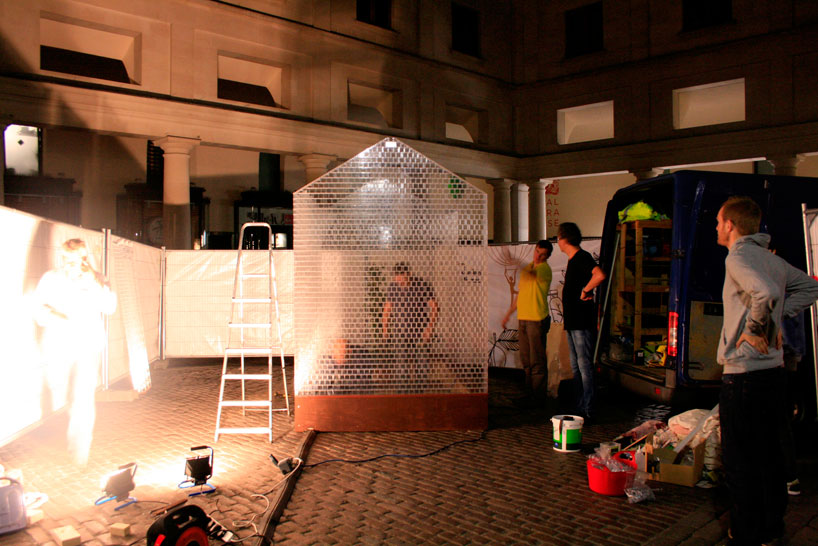 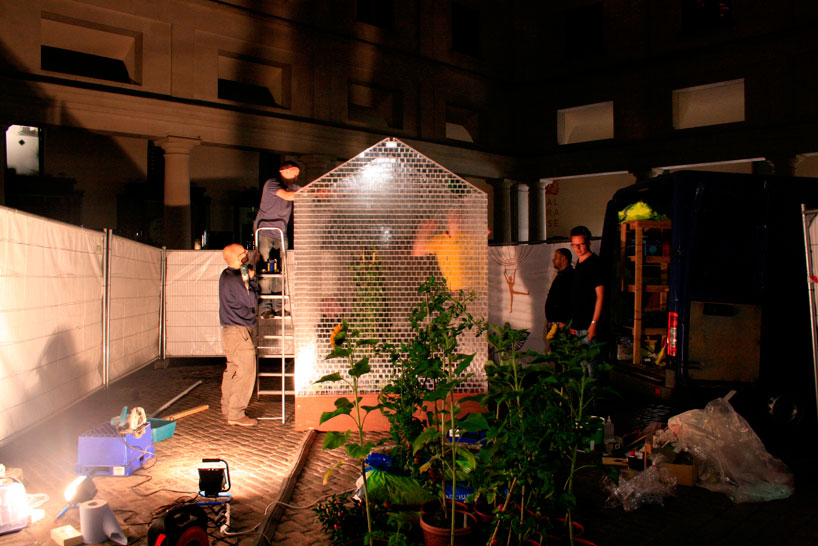 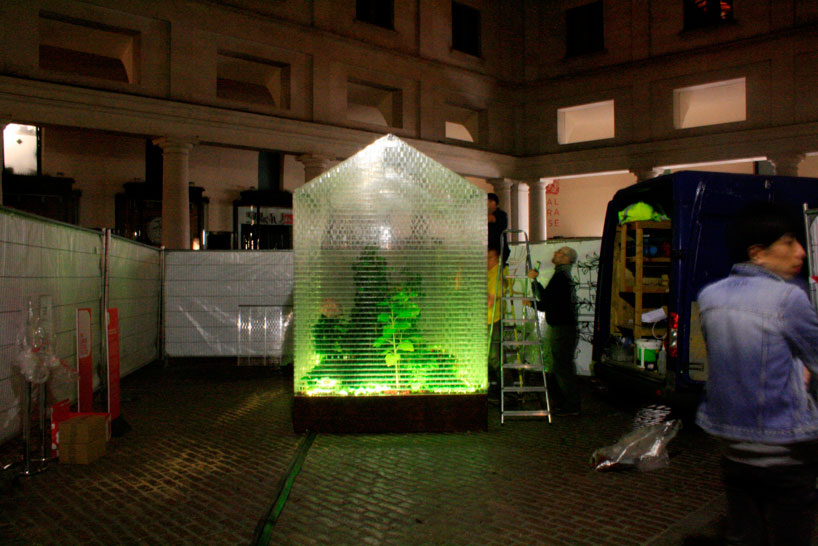