one brick at a time, 480,000 LEGO pieces came together behind closed doors, until this full-scale LEGO mclaren senna stood confidently next to its real life counterpart. 30 specialist assemblers worked around the clock in shifts for nearly 5,000 hours to create the grey and orange beast, made of half a million tiny components. the 1:1 scale model is identical to the real thing in many ways and was designed to promote mclaren’s latest collaboration with LEGO.

all images courtesy of LEGO and mclaren

senna — mclaren’s most track-focused, road-legal vehicle to date — is the latest model in partnership between mclaren automotive and the LEGO group. the fruits of this collaboration come to form, mostly in little LEGO sets for ages 7 and up. below, the vehicle seems to be exiting a LEGO wind tunnel (also included in the set) and driving forward at speeds only a tiny LEGO driver could handle.

but when a toy company like LEGO and a car company like mclaren get together, they can’t just make a LEGO set; while the engineering of the miniature senna is impressive, these brands like to go big when it comes to promotions. even if you’re not going to order a speed champions senna set, you can still admire the hours and pounds and bricks that went into recreating this life sized masterpiece. 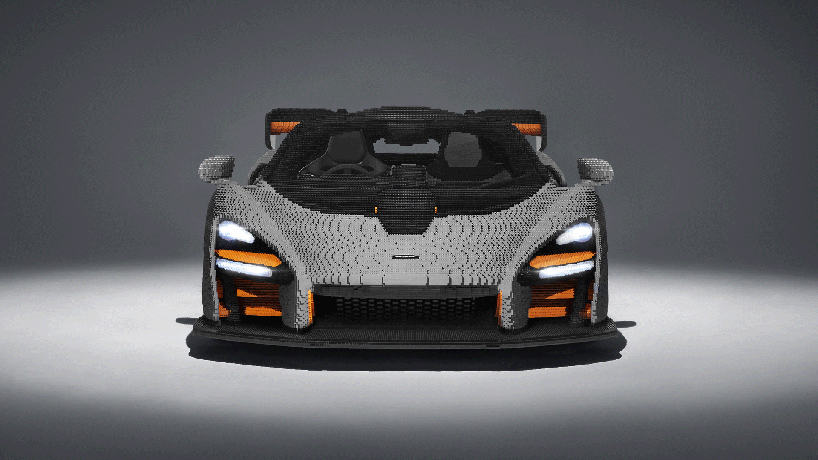 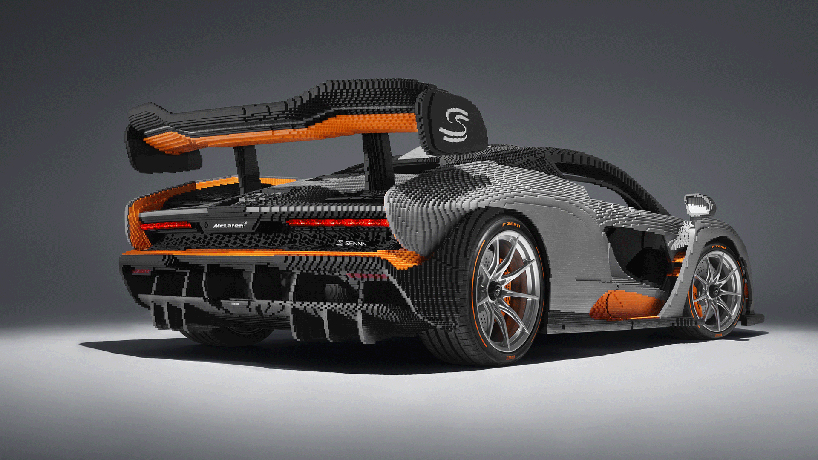 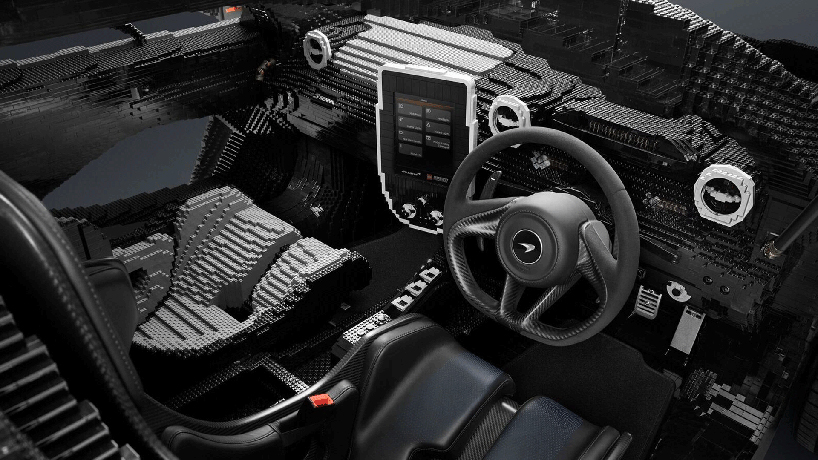 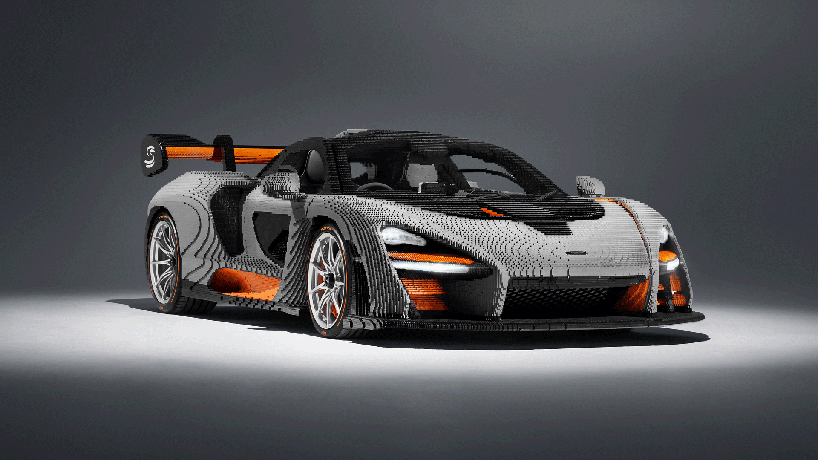 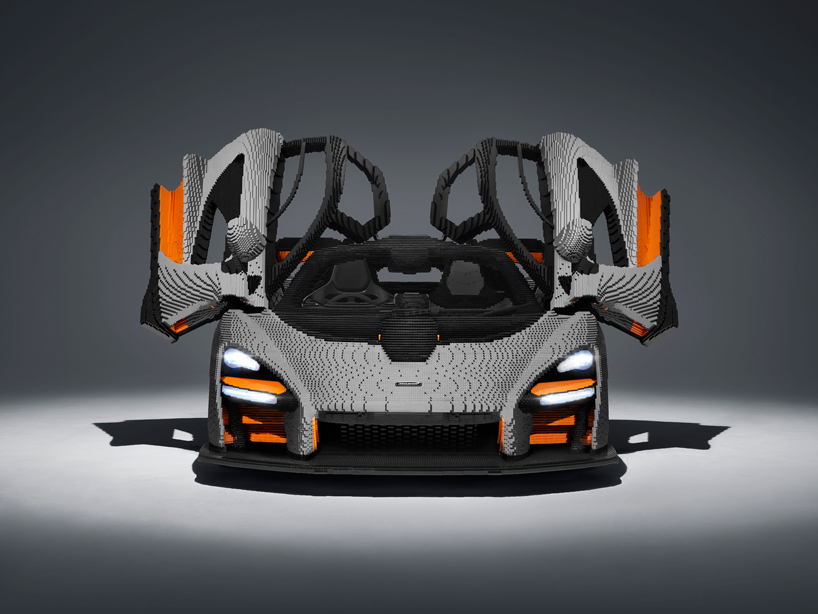 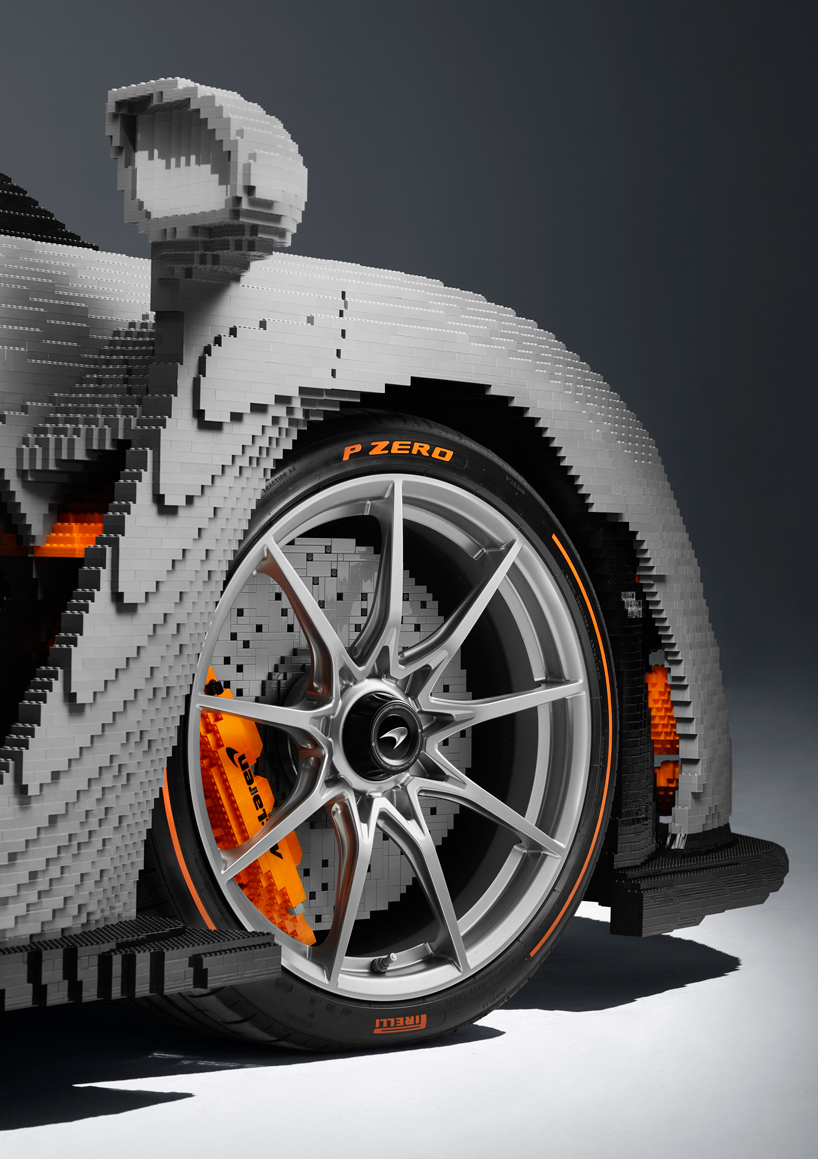