to mark the 40th anniversary of the first space shuttle flight, LEGO is launching a new space shuttle discovery set. developed in collaboration with NASA, the kit includes both the discovery orbiter and the famous hubble telescope. comprising 2,354 pieces, and at a scale of 1:70, the kit promises immense detailing: from operable parts to the little blue seats the astronauts sat on. 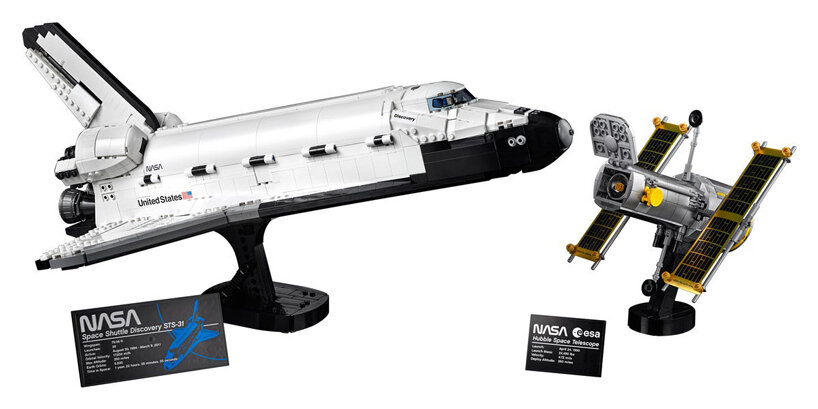 images and video courtesy of LEGO

to make it as realistic as possible, LEGO introduced three brand new elements including a payload bay wall piece and curved pieces for the windscreen. when assembled, the shuttle measures 55.46cm long, 34.60cm wide and 21.78cm tall. the discovery orbiter features functional landing gear, payload bay doors, elevons and rudder. while the hubble telescope can be folded and contained within the payload bay or expanded with its solar array and displayed separately. 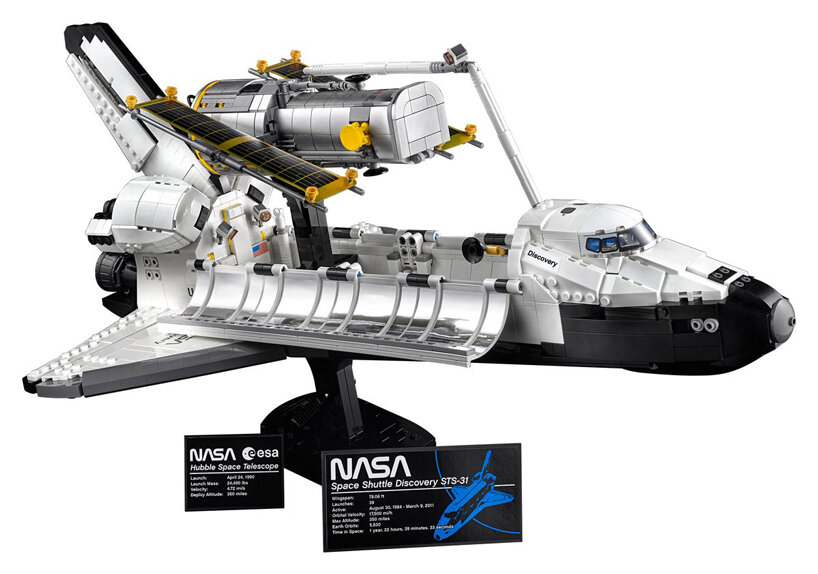 the model also comes with two stands and plaques, for both the orbiter and the hubble telescope. the set retails for $199.99 USD and will be available on the LEGO website here from april 1st, 2021. 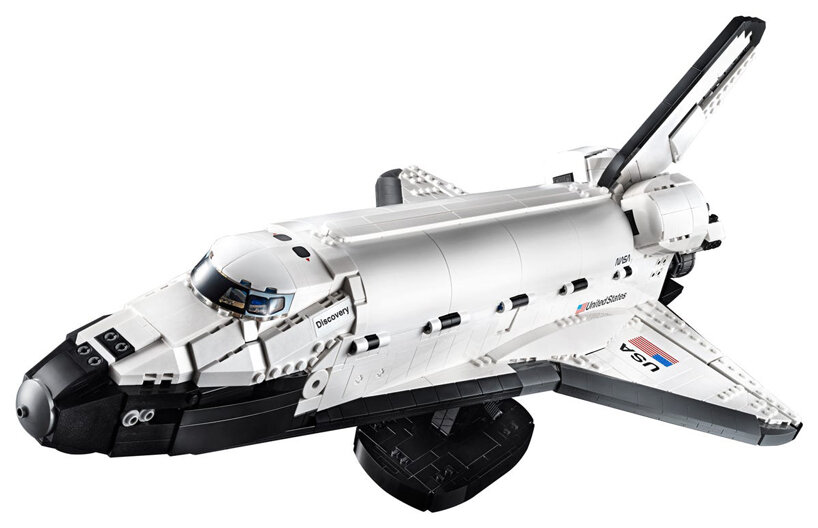 milan madge, model designer at LEGO, says, ‘it’s easy to be blown away by the complex engineering and sheer power of these vehicles but, for me, the most fascinating thing about space flight is the human element. everything that the space programs have achieved is done for the progression of life here on earth, and eventually, life in space itself. so, my favorite part of the model is the tiny blue seats that carried five human beings away from their home planet on a mission that, for most of human history, was totally unfathomable. those tiny blue seats represent our story and make me wonder, where next? just like I was looking at the discovery orbiter in the catalog when I was a kid, it makes me wonder, will a kid looking at this model in the catalog be an astronaut that might grow up to spearhead our journey toward the stars?’ 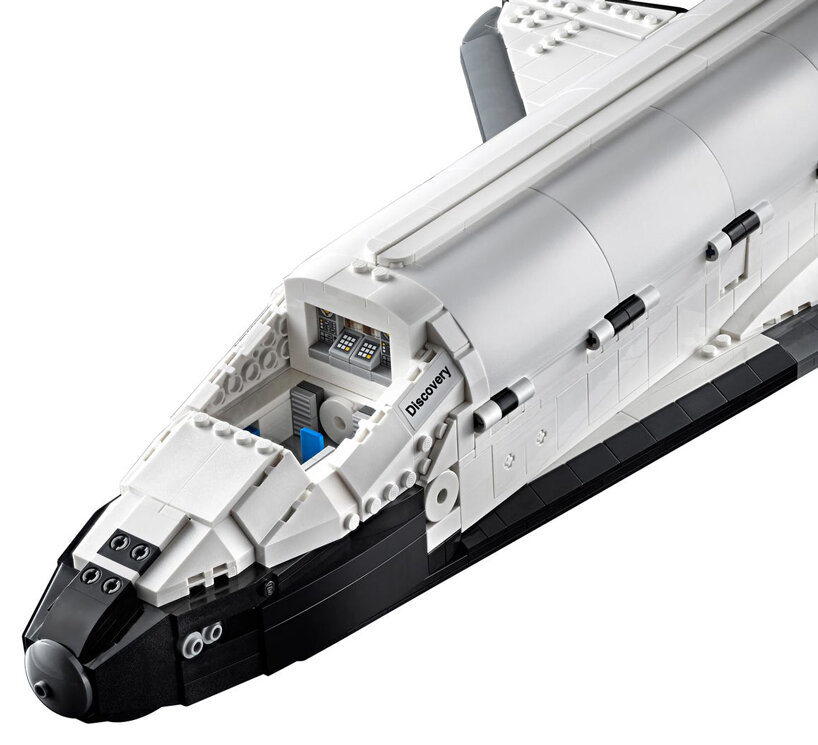 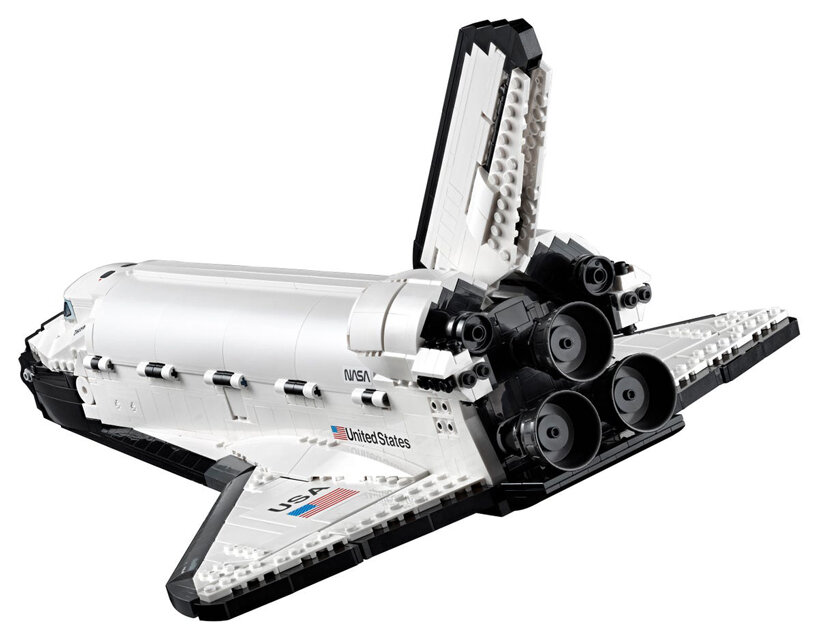 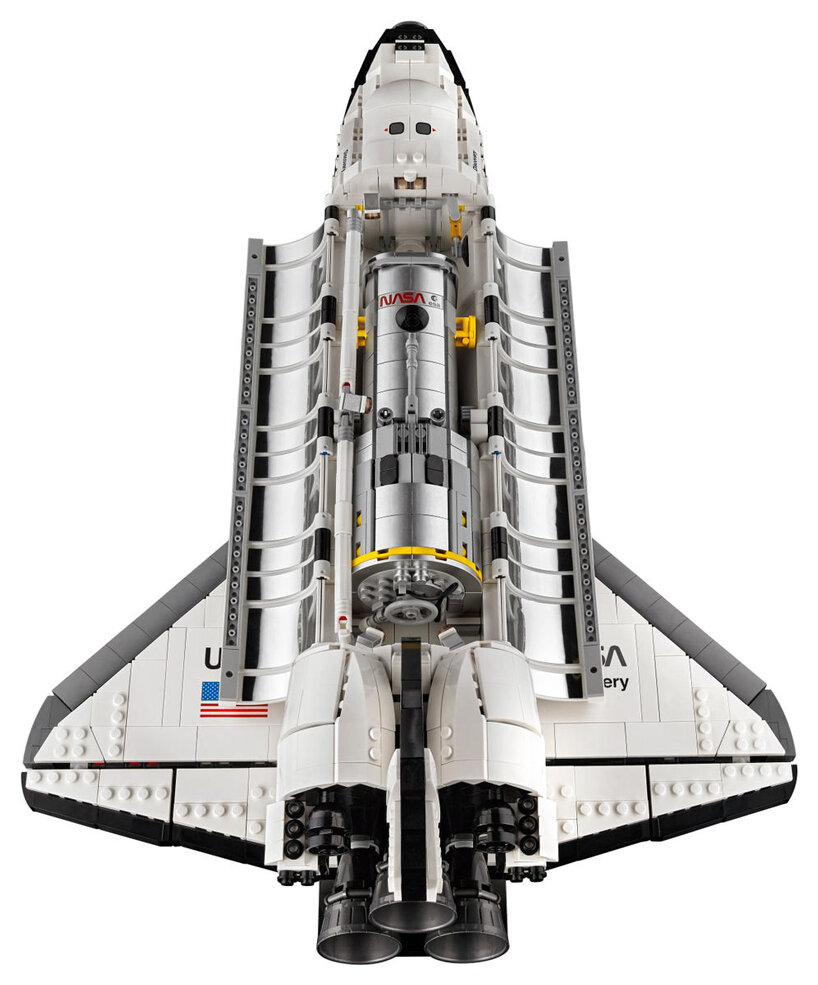 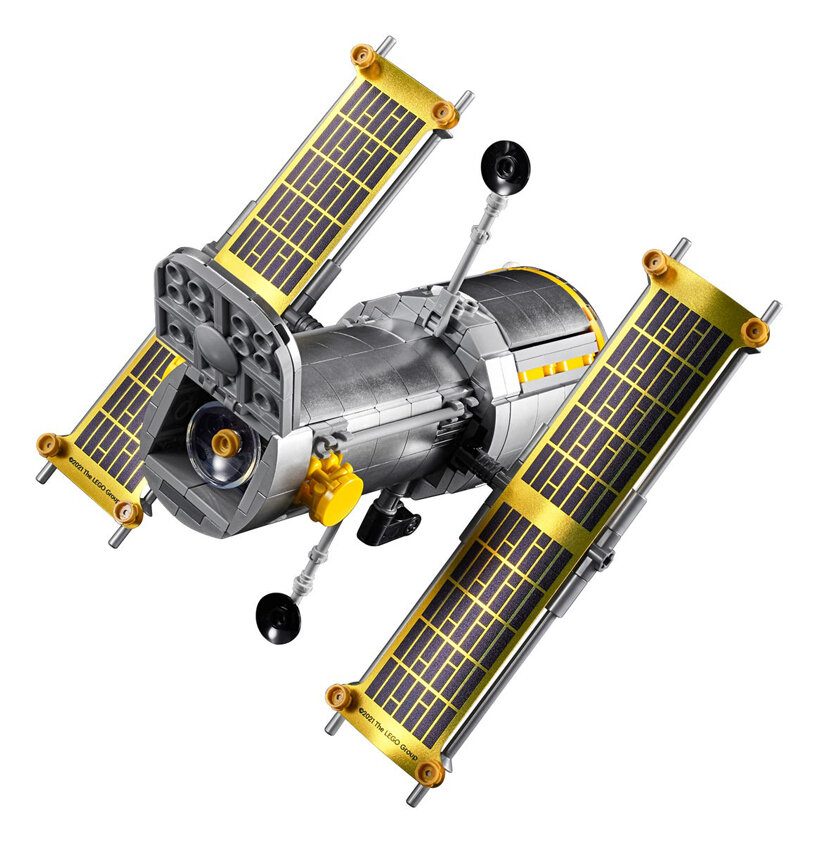 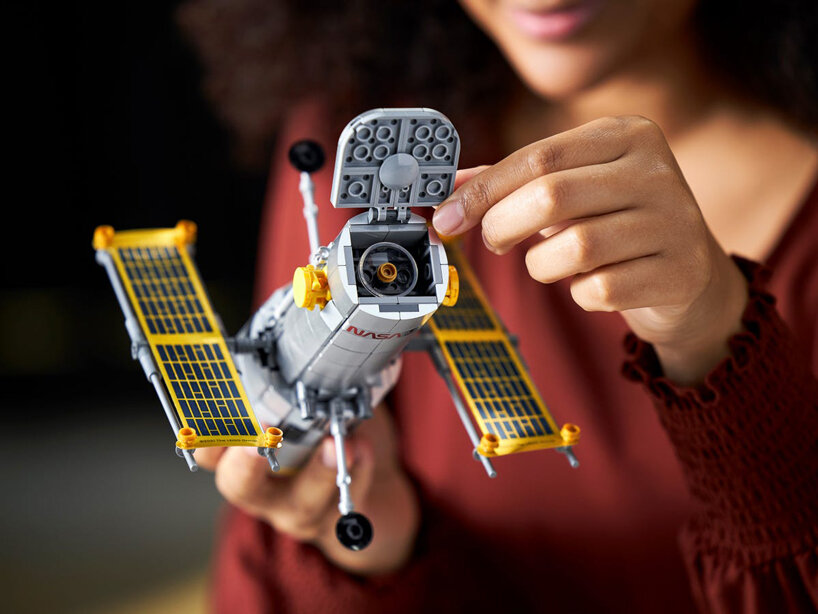 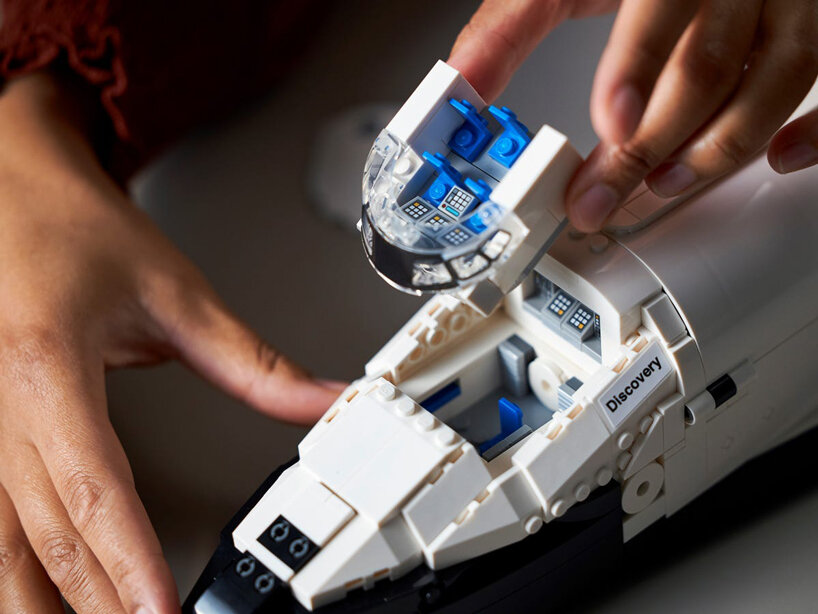 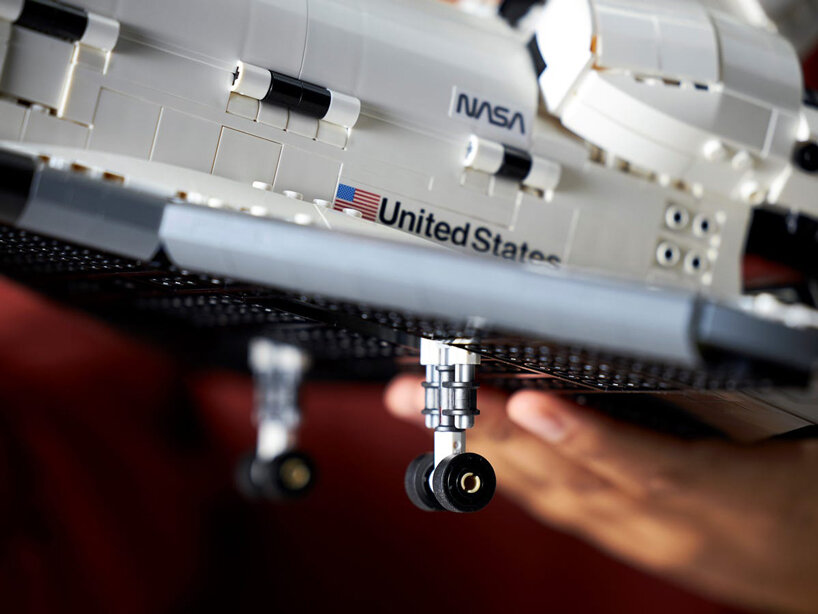 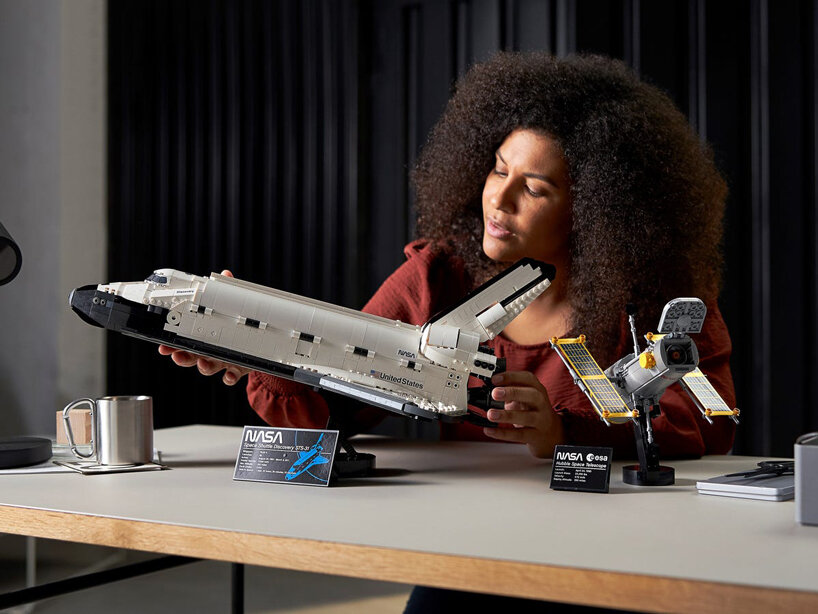 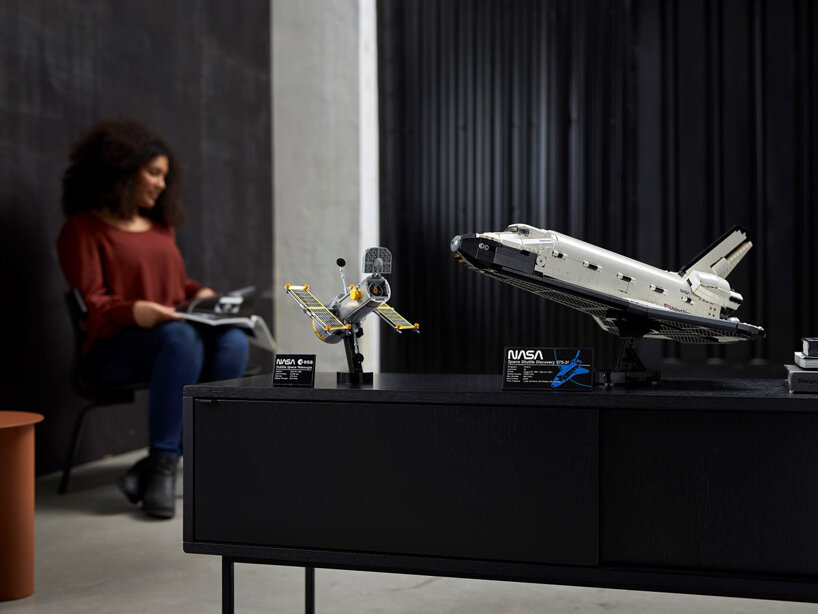 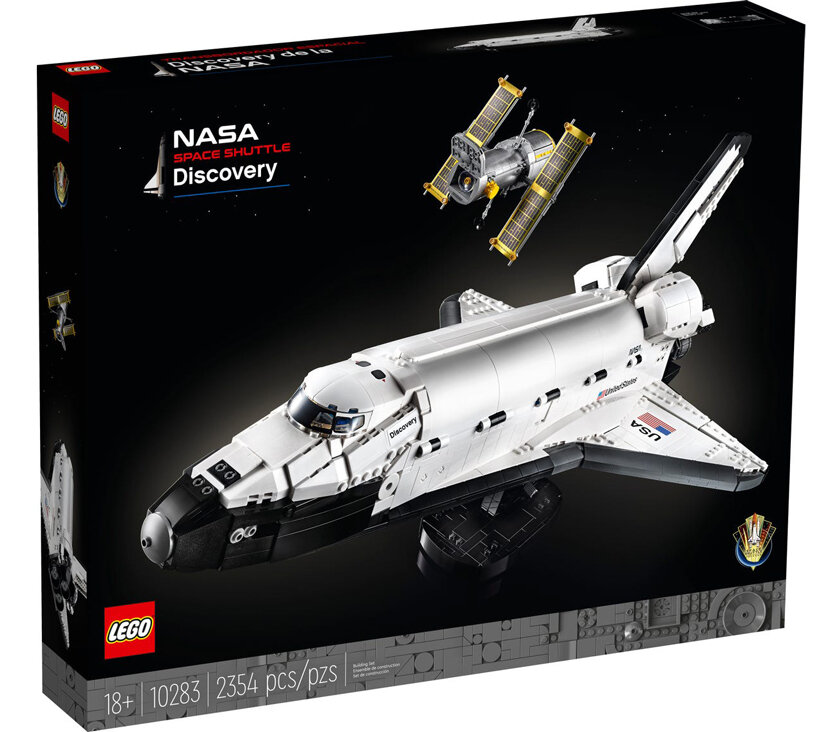