the LEGO group has launched a brand campaign for the first time in 30 years, and its for good reason. titled ‘rebuild the world’, the company wants to use its latest initiative to help nurture the creative skills of the next generation. 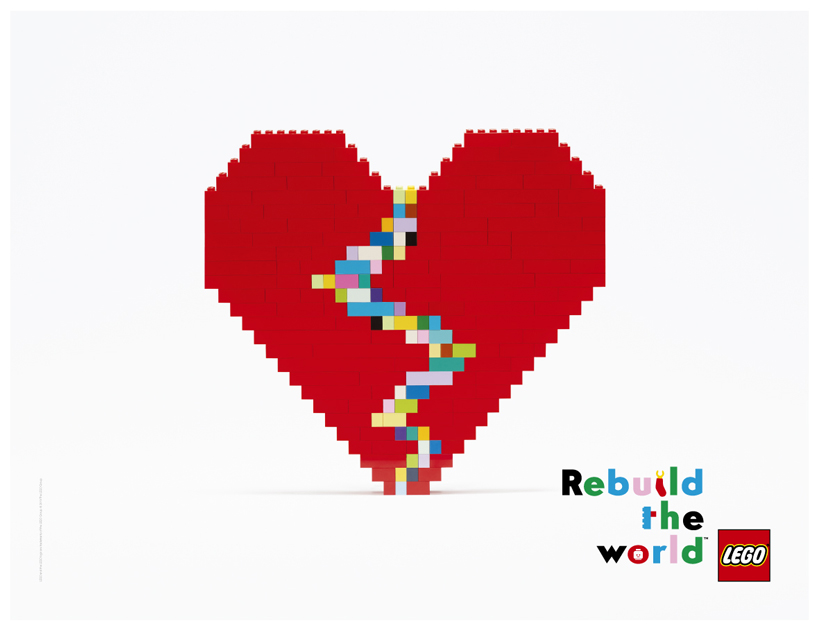 the global campaign was created by french agency BETC and features a live action-adventure film directed by multi-award winning collective traktor. it follows a rabbit being chased by a hunter with a bow and arrow, using LEGO creations to overcome a series of challenges. 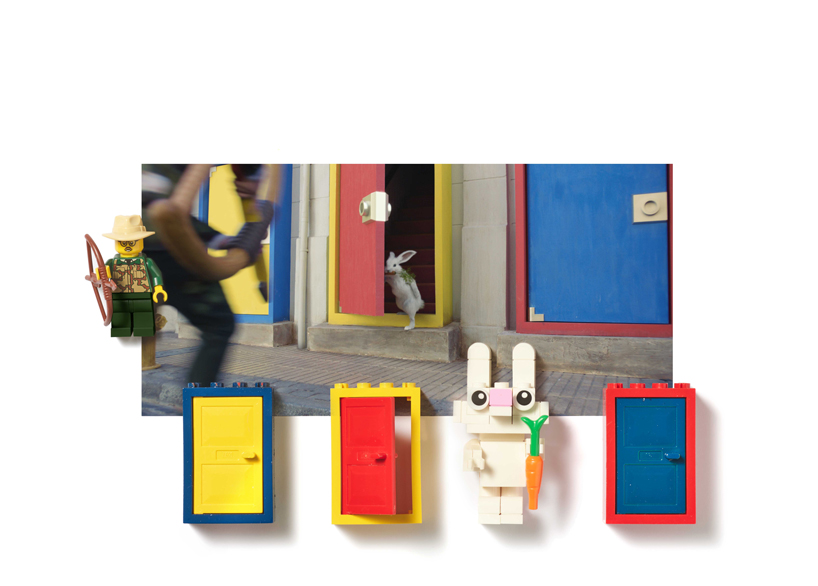 the film is complete with surreal touches and a plethora of jokes only fans of the LEGO universe will understand. 2D-printed clothing, cars and trees look straight out of the box, and even the people bend their backs and rotate their heads right around, just like LEGO. every character, animal and vehicle is based on an existing or past toy, so heads spin 360 degrees, everyday objects are outsized, and a boat can suddenly fly with a little help from a palm tree.

the soundtrack was composed by electro-musicians and composers flavien berger and jacques. the special effects were made by mikros MPC. 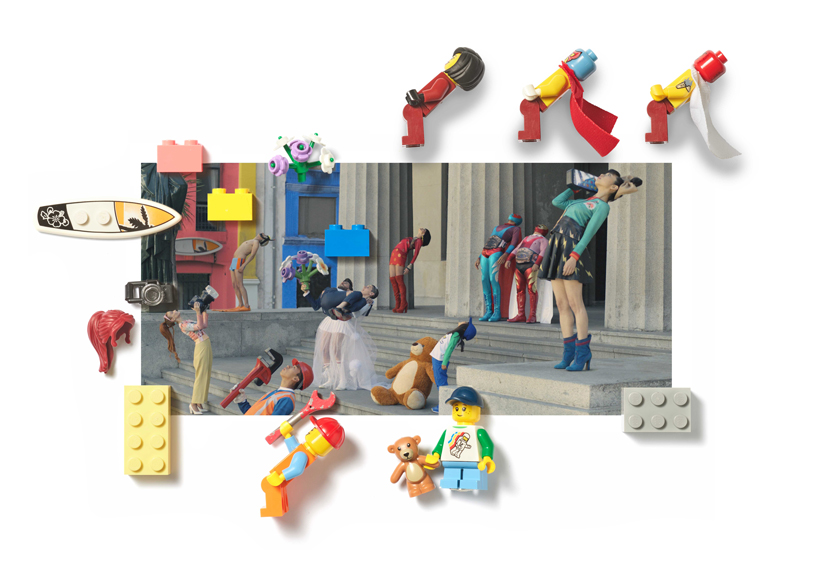 to help launch the ‘rebuild the world’ initiative, the company has partnered with musician and record producer mark ronson, british designer and inventor dominic wilcox, and 19-year-old david aguilar, who built a prosthetic arm out of LEGO. they will help to host events at the LEGO house in billund, denmark, which invite children to ‘explore the infinite potential of creativity.’ 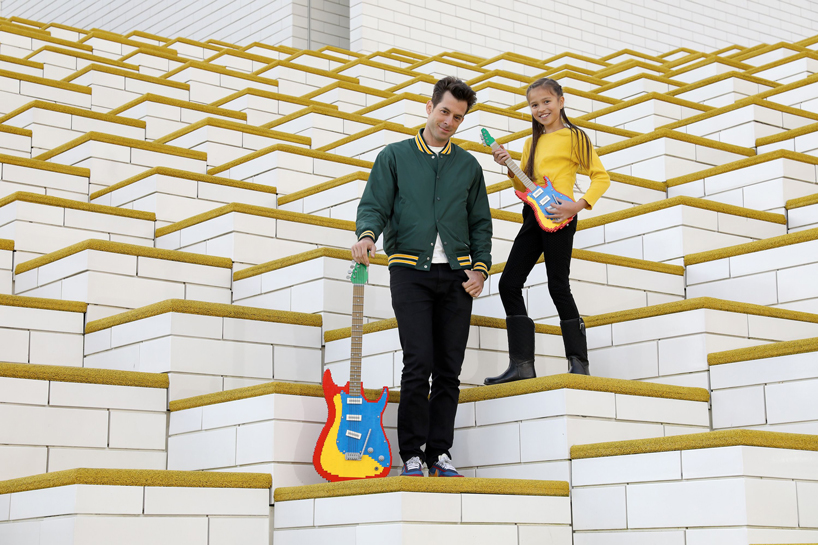 ‘my whole career has been about working with brilliant, creative people and seeing where our imaginations take us,’ explains mark ronson. ‘rebuild the world, is a wonderful opportunity to help inspire the next generation of creators who will come up with their own ideas to shape the future of everything from the way we live to the music we listen to.’ 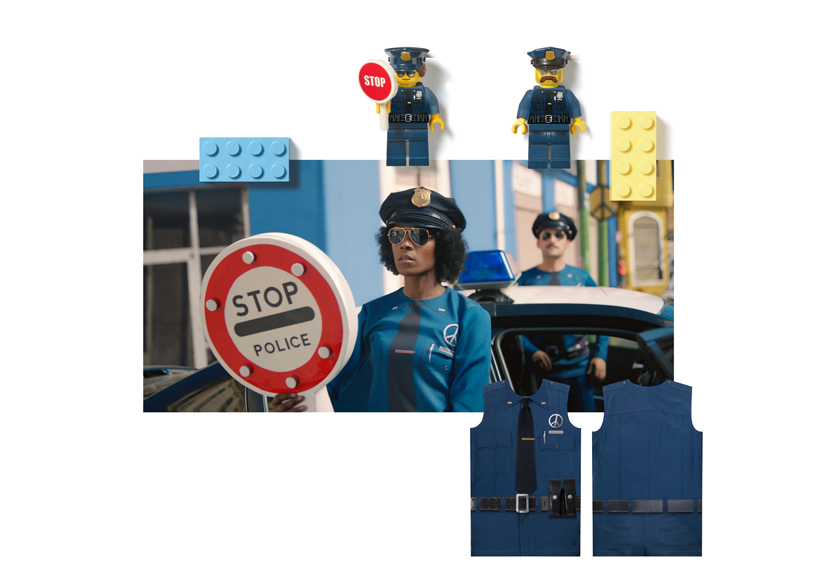 the LEGO group will also be hosting a series of high profile public events in cities around the world where children and grown-ups will be invited to build and rebuild with LEGO bricks to make the world a little brighter. this includes using LEGO bricks to complete a giant heart on the side of the east side gallery in berlin. children can also take part online by sharing their creations on the LEGO life app or by visiting www.lego.com/rebuild-the-world-challenge. 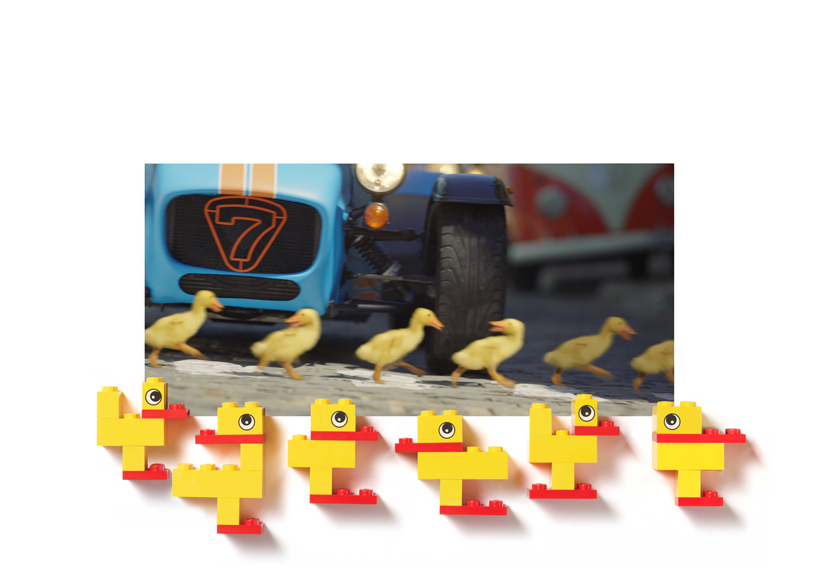