LEGO has unveiled its largest set created to date — the roman colosseum. made up of 9,036 pieces and taking the title from the 7,541-piece millennium falcon star wars kit, this set has been expertly designed to imitate the majestic architecture of the original roman amphitheater. the LEGO colosseum is scheduled to launch on the 27th of november, aka black friday. both LEGO and history aficionados are in for a ride with the LEGO colosseum set. featuring many true-to-life details, builders can accurately bring this famous building to reality. for example, the set includes the 80 ‘ribs’ in the spectator stands, the exact same number as the original, while three different types of colored bricks replicate the aging of the almost 2,000-year-old landmark. the model also features a recreation of the three distinct stories on the colosseum, each one being adorned with doric, ionic and corinthian columns. 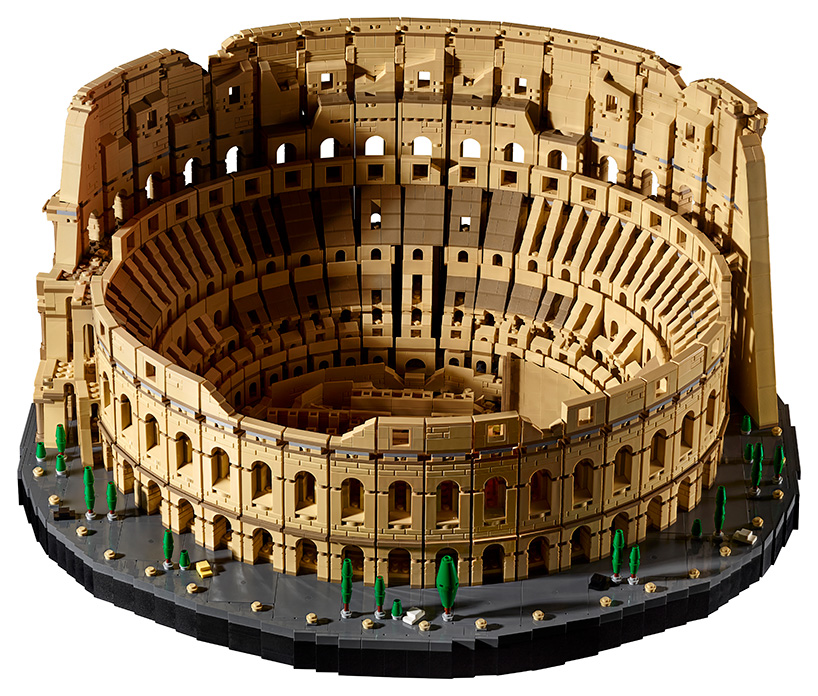 as for the building experience, it has been crafted to match the same process as the original, with the ‘wooden’ LEGO arena being the last build to be placed on the model, as it has been in the 1990s. both challenging and breathtaking, the set is so accurate that it showcases both sides of the building — the southern side which has been destroyed by various earthquakes and natural disasters, or the more complete northern wall. 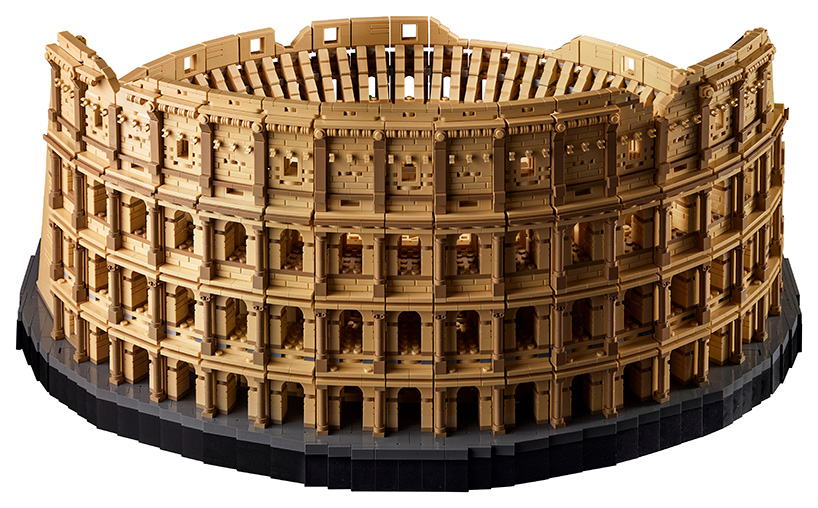 ‘one of the biggest challenges and one of the most important things was to convey the colosseum’s monumentality in the LEGO form,’ comments rok zgalin kobe, designer of the set. ‘I felt that the LEGO model should display a special architectural feature of the original – the rows of columns flanking the arches in different styles. to achieve that, the model is constructed using an effect of vertical exaggeration. the cross-section is therefore far steeper than on the real structure. hopefully, people will be inspired to learn more about the original through the experience of building the LEGO model.’ 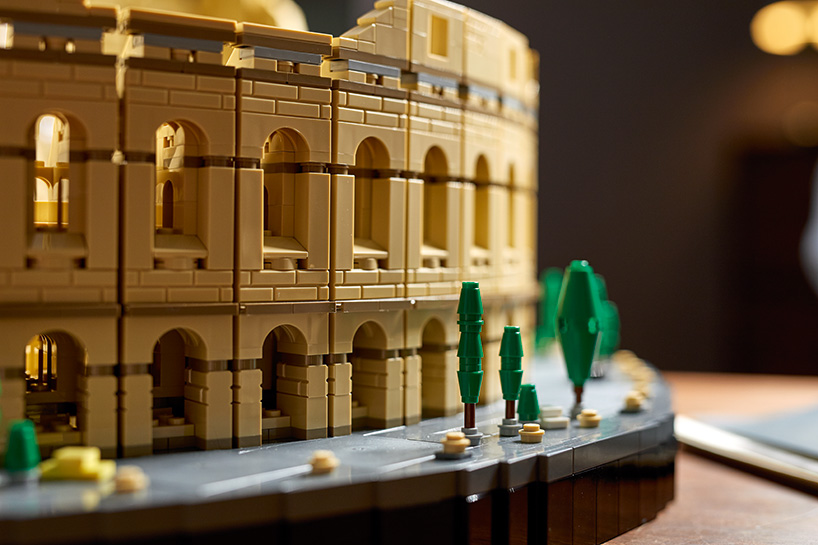 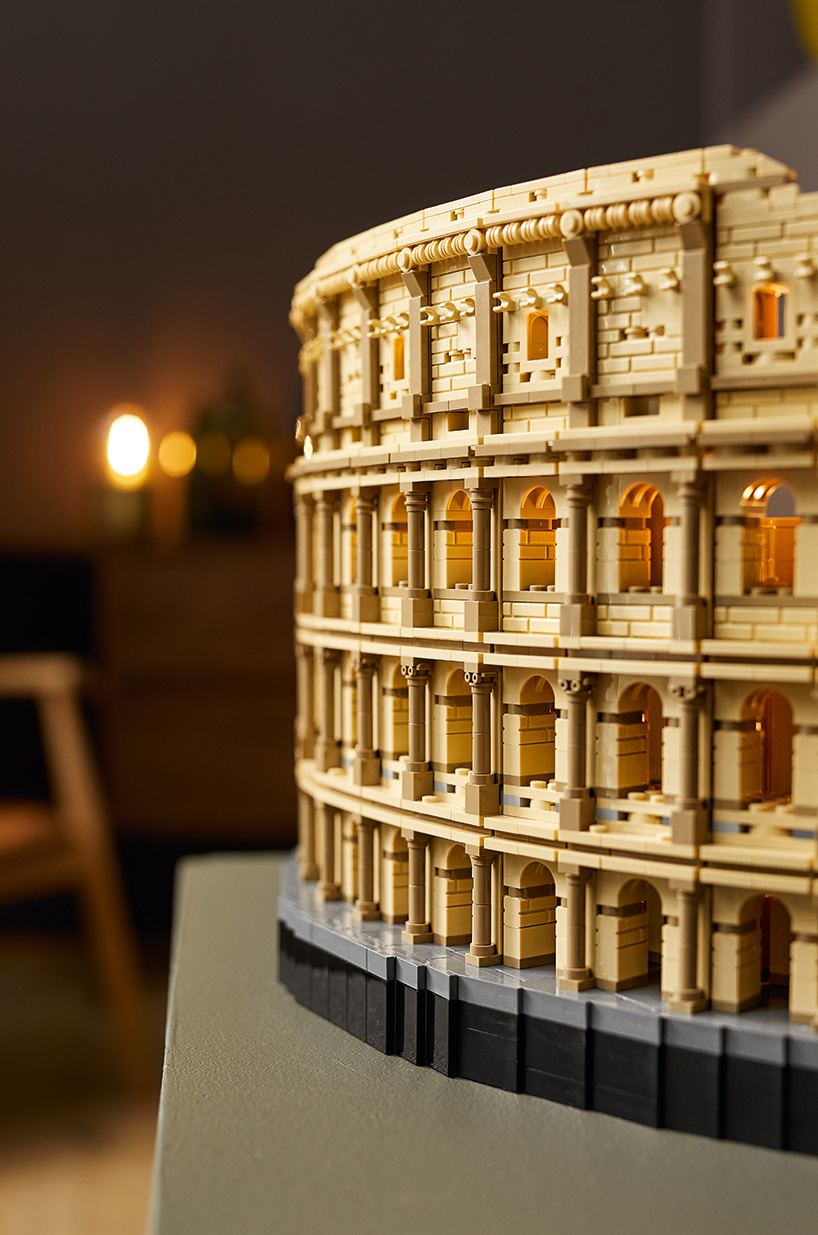 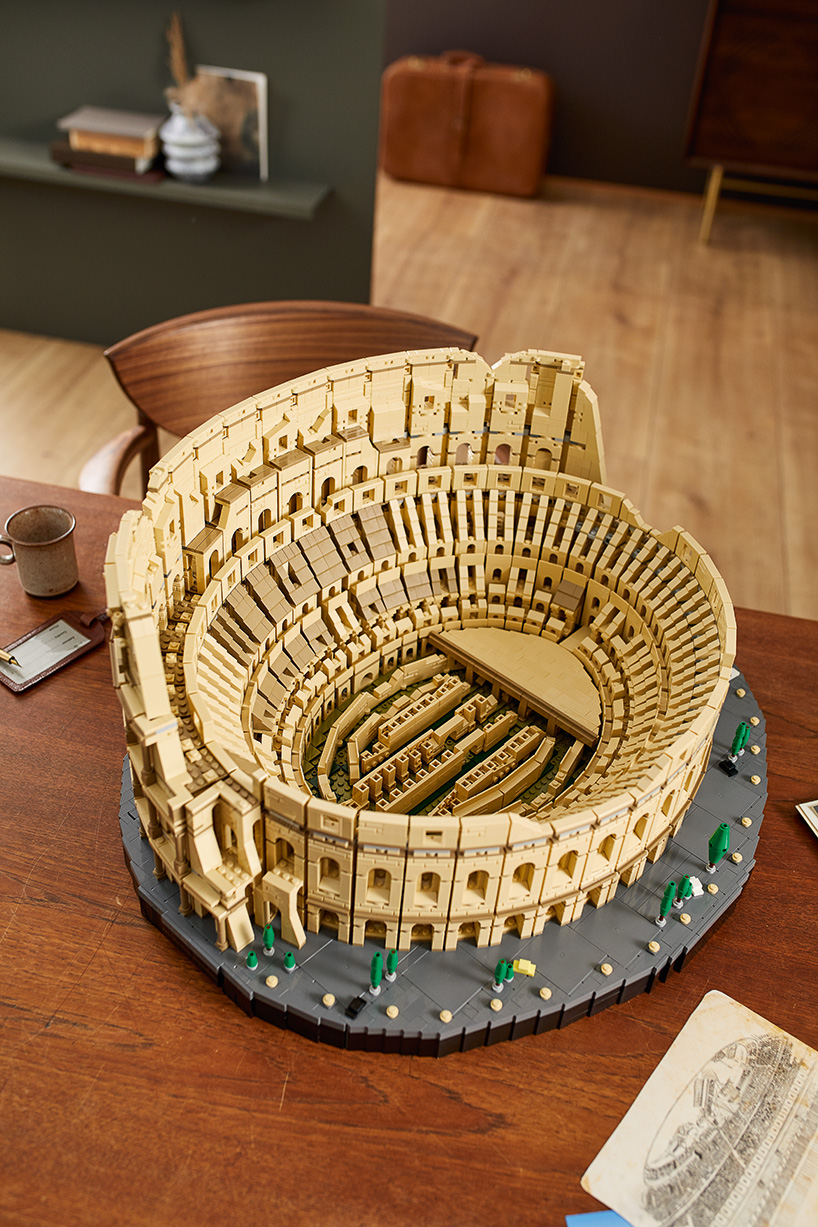 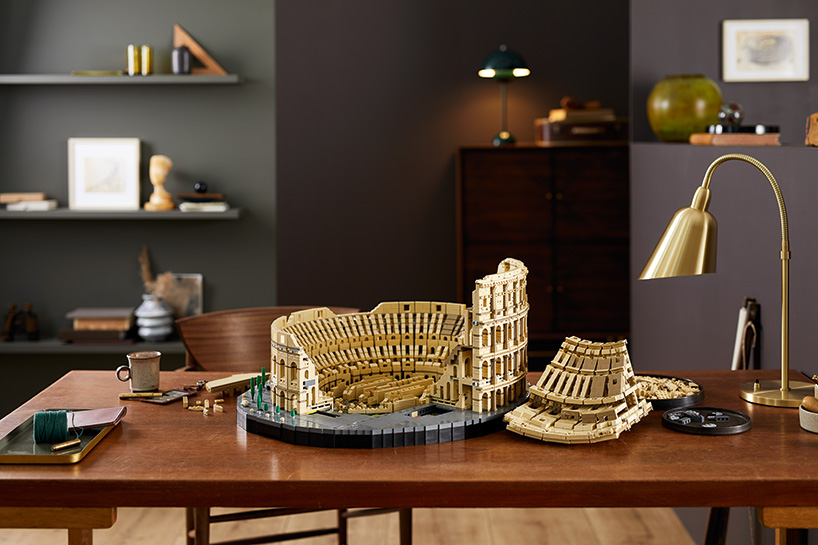 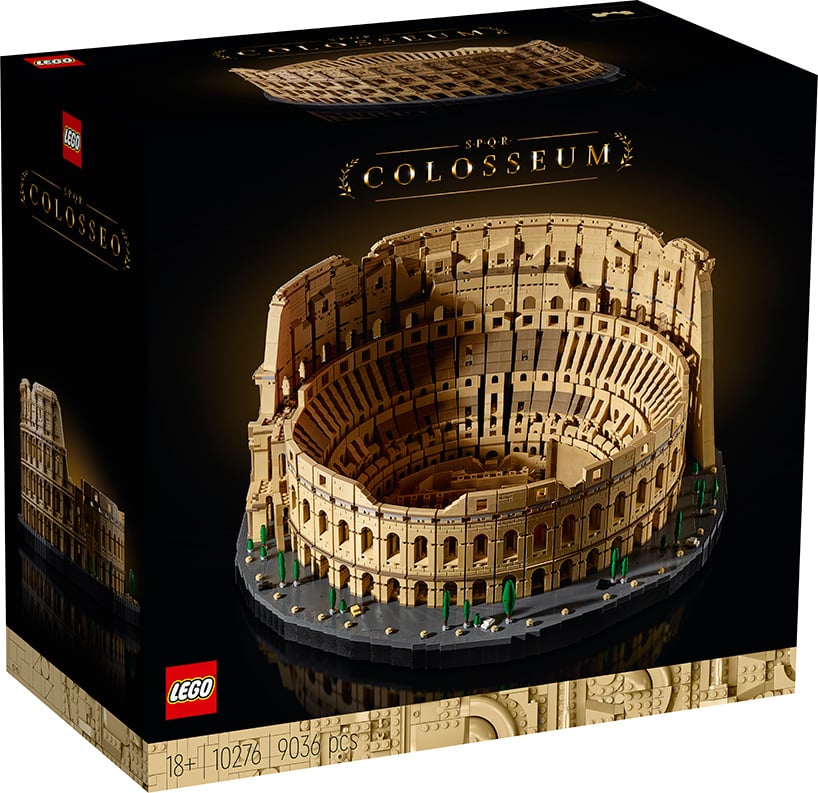