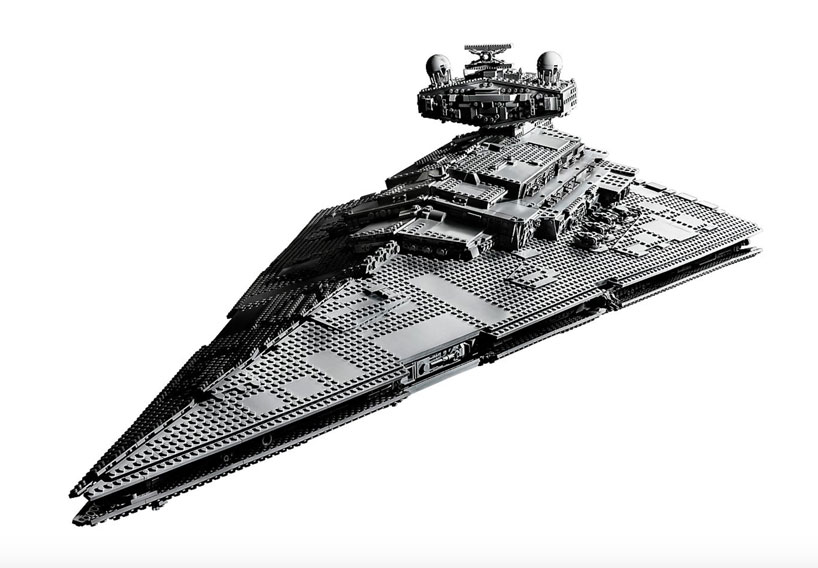 LEGO captures a ton of authentic details as they appeared in the opening scene of star wars: a new hope. the ship includes swivelling guns, a tilting radar dish and huge engine exhausts. it also comes with a scale version of the tantive IV used by leia to try and escape with the plans for the death star, which can be built separately and attached to the star destroyer’s hangar bay on its underside. 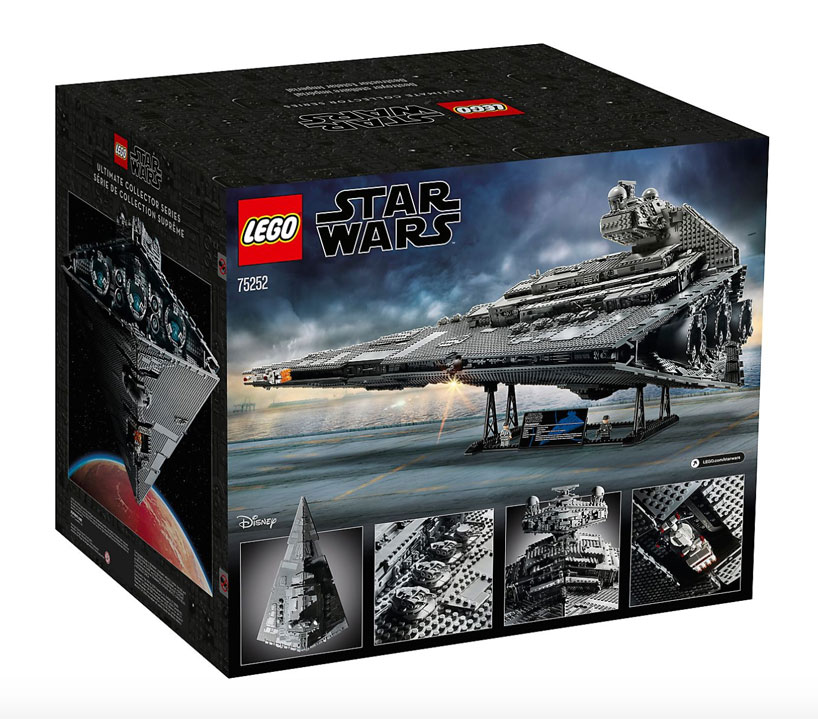 the set is part of the ultimate collector series and is being added to celebrate the 20th anniversary of the brand’s partnership with the film franchise. it includes a display stand with informational fact plaque and 2 imperial minifigures. 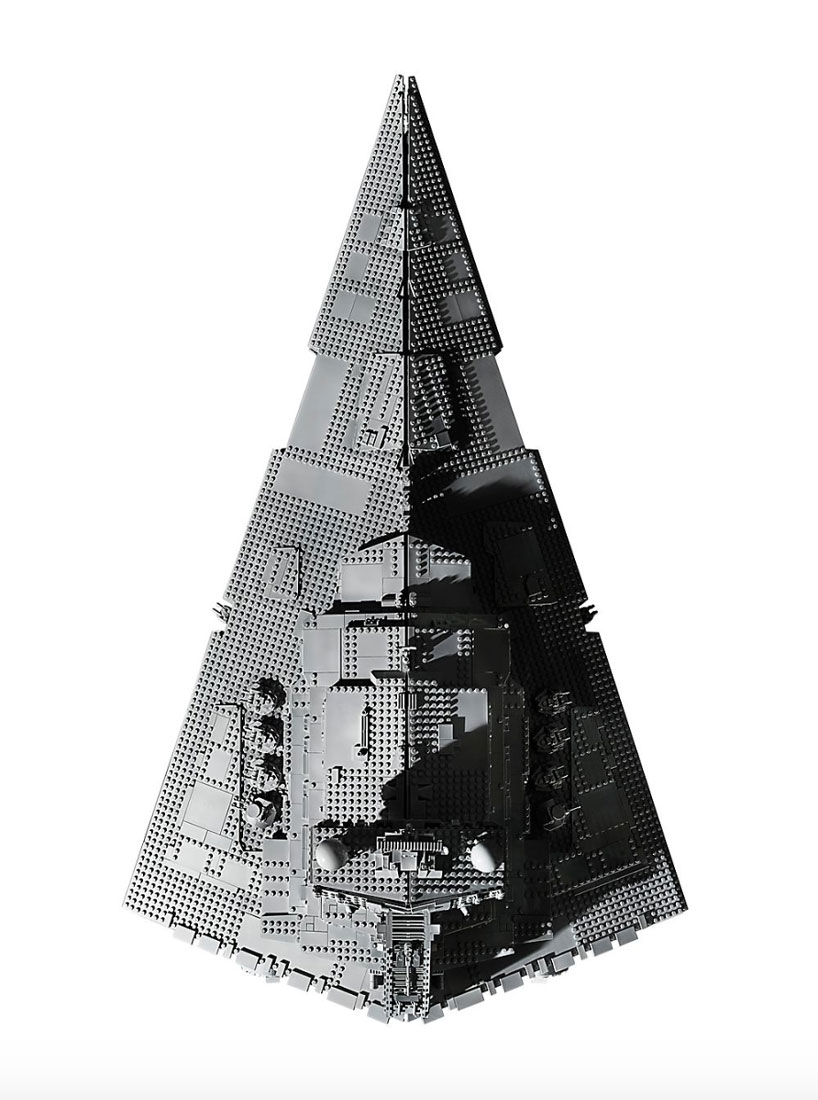 once fully built, the imperial star destroyer measures over 17” (44cm) high, 43” (110cm) long and 26” (66cm) wide, and over 14” (37cm) high without stand. it is the largest star-wars themed set to date and has only a few less individual pieces than the enormous ultimate collectors series millennium falcon, which is made up of 7,541 bricks. 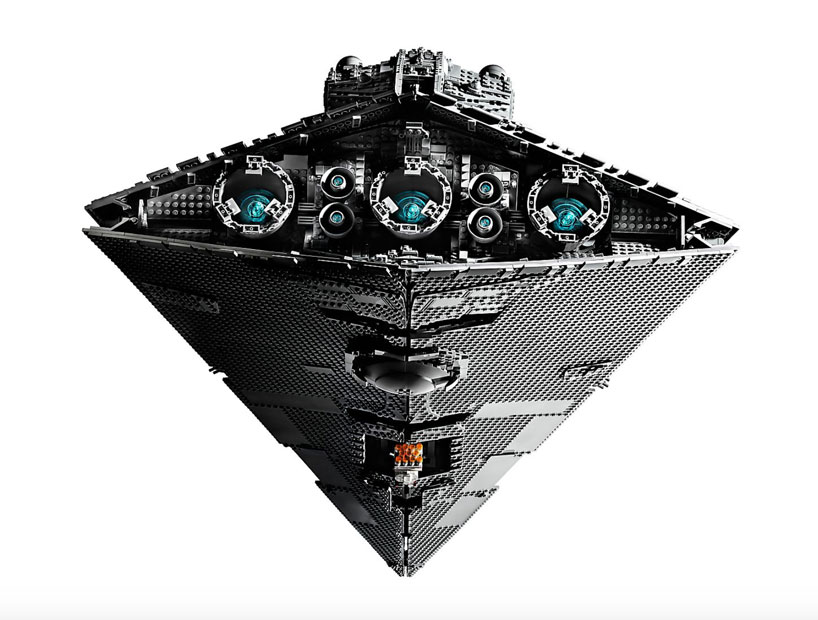 the imperial star destroyer goes on sale on october 1st, and will cost $700 in the US and £650 in the UK. time to start saving. the set is available from 18th september for LEGO VIP members. 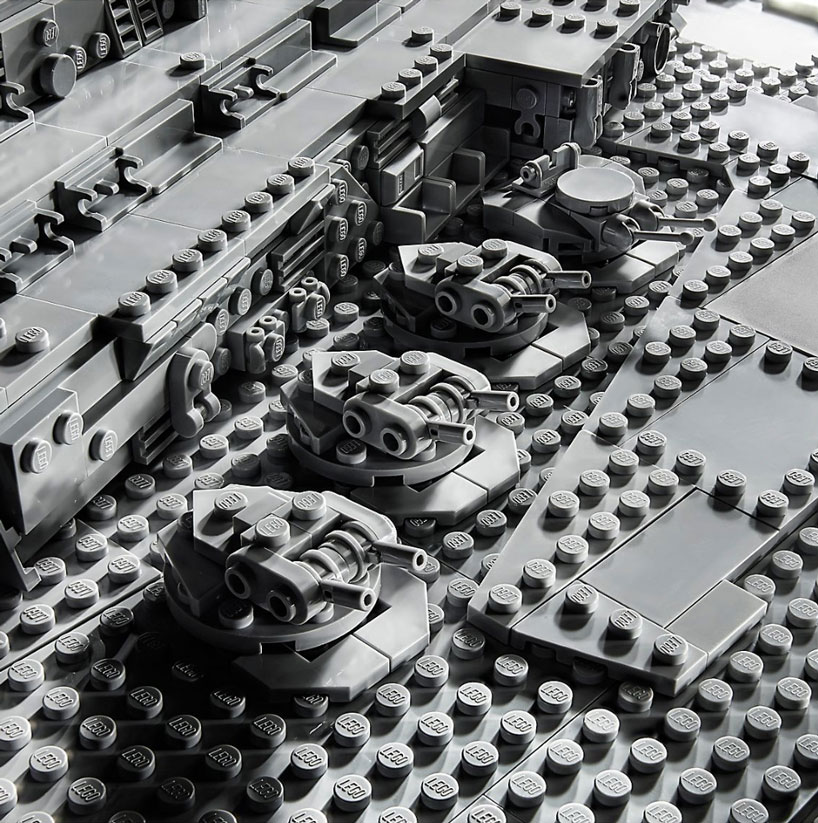 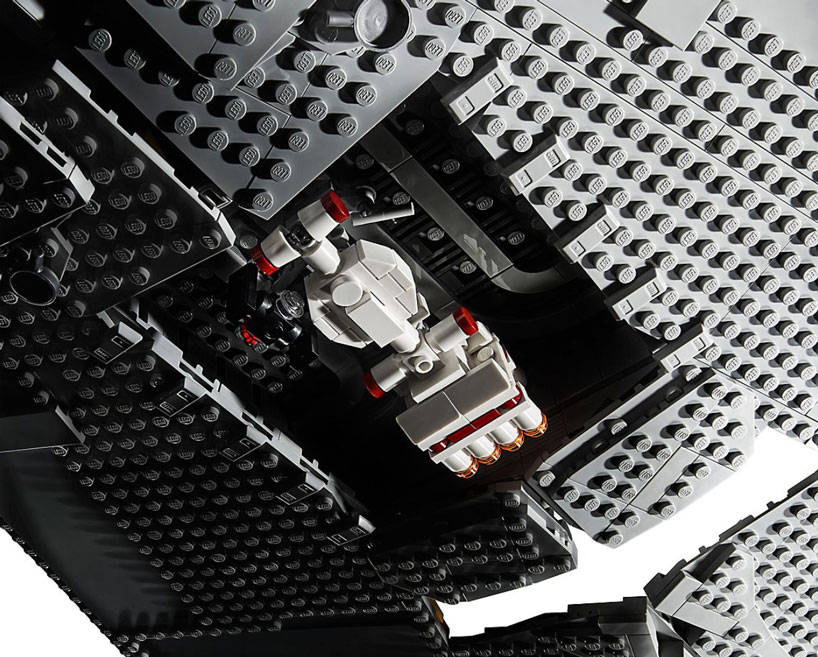 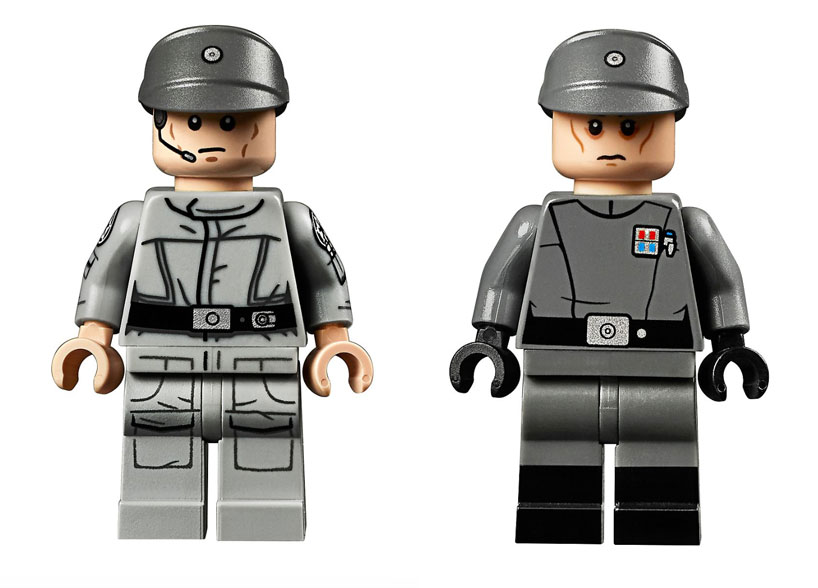 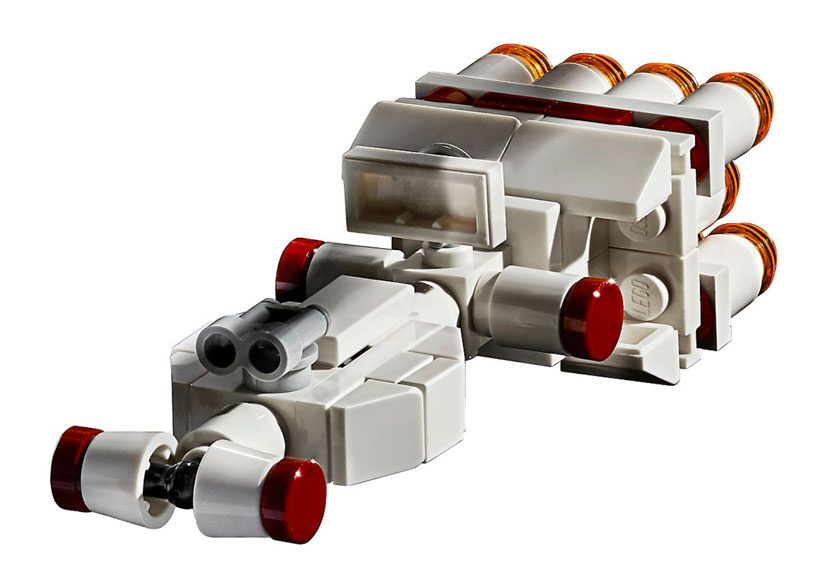 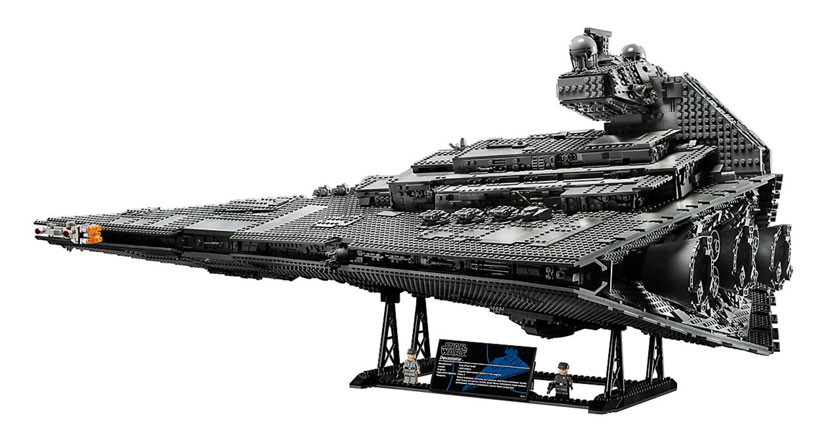