a 9-foot lego custom-made LEGO statue of liberty has been meticulously built up to greet visitors into the newly transformed smithsonian wing at the national museum of american history in washington, DC. the 1:32 scale model took a team 292 hours to construct; the design itself by LEGO master builder erik varszegi and the resulting statuette weighing 125 pounds. 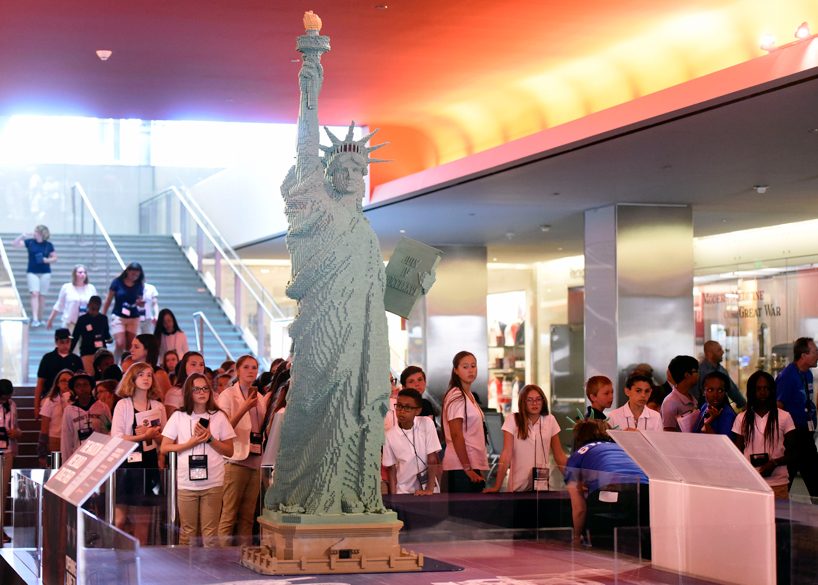 opened just on time to coincide with this year’s 4th of july weekend and celebration, the completion of the LEGO statue of liberty took four builders to piece together the 25,375 bricks that make up the body. using five colors of brick: sand green (statue), sand yellow (base), warm gold (flame), transparent brown and reddish brown (windows on the crown). the model will stand as a welcome sight on the museum’s first floor and will be a semi-permanent display in the smithsonian national museum of american history through the end of the year. 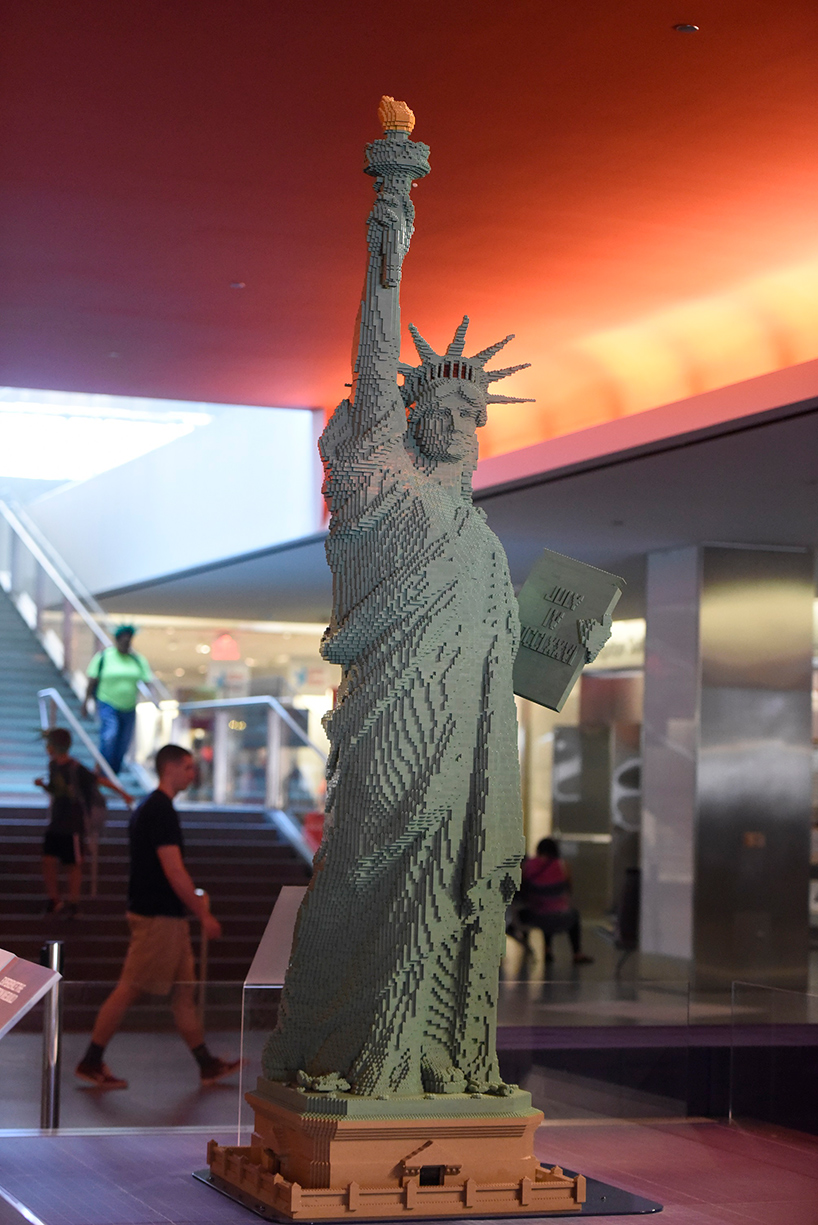 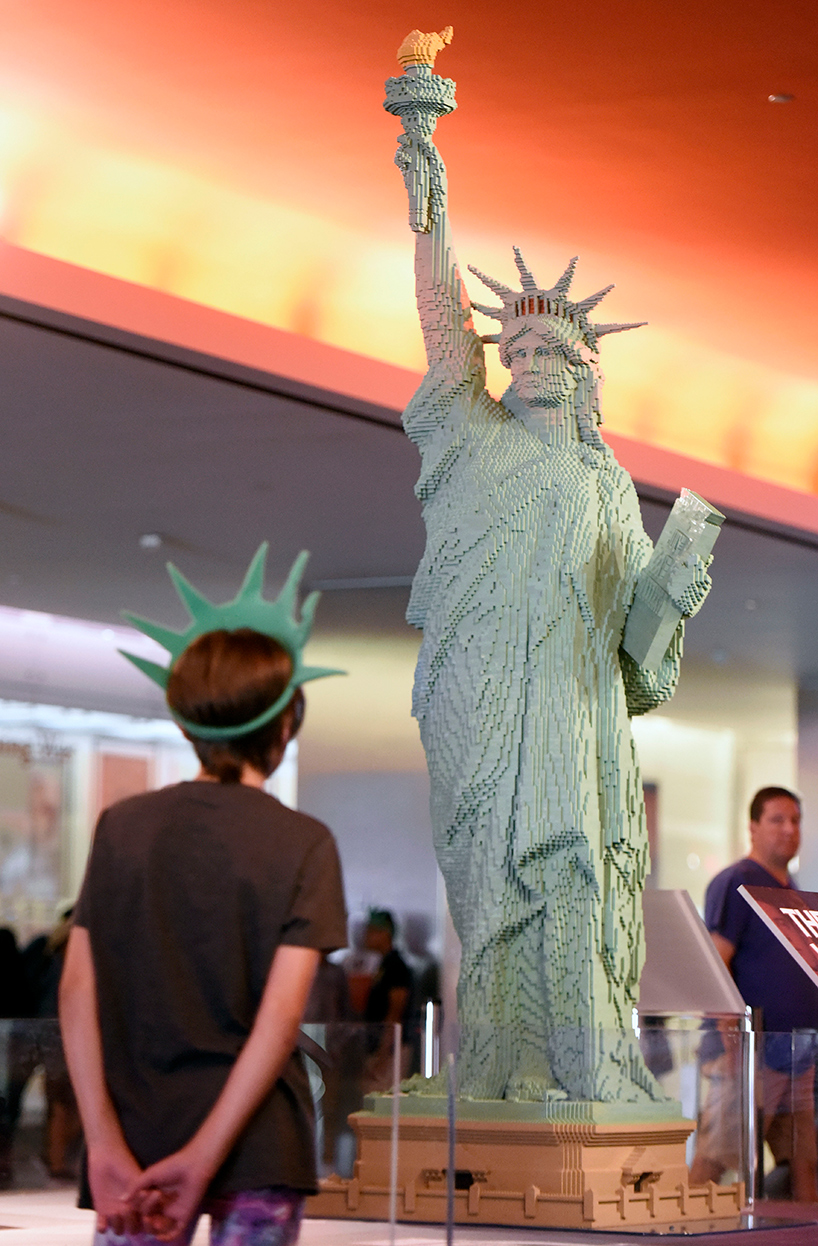 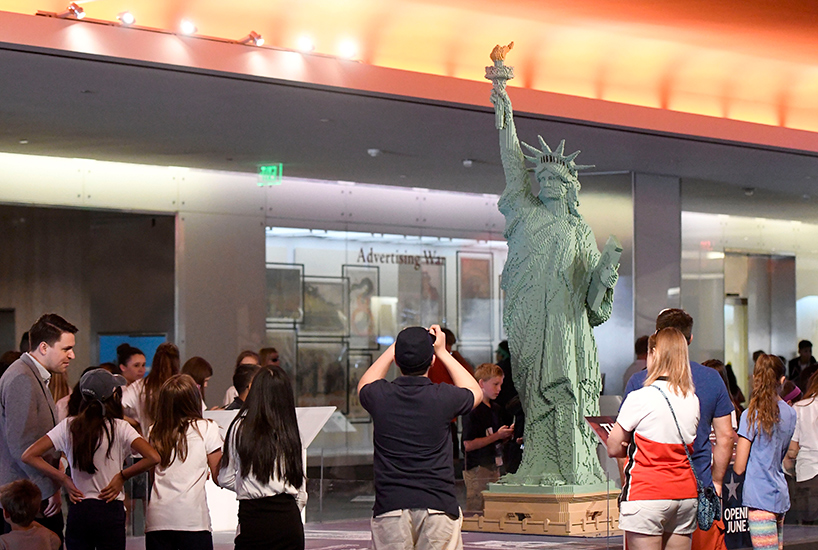 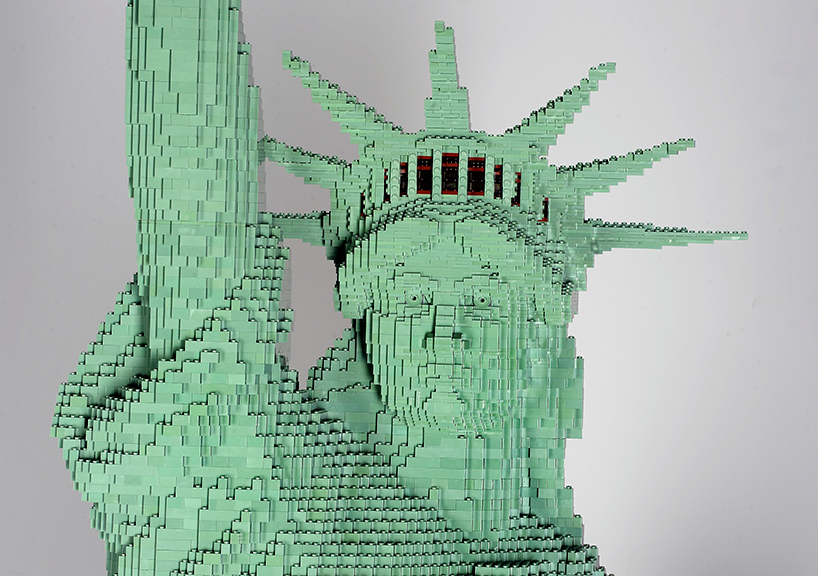 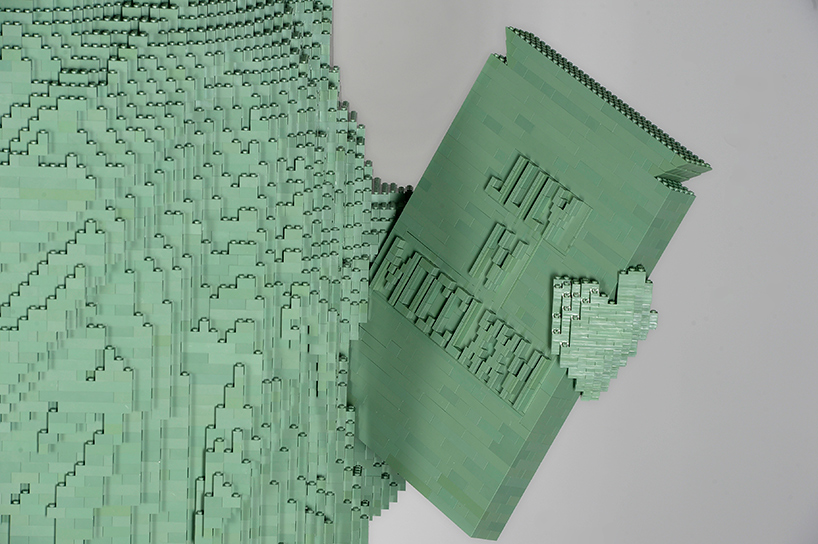 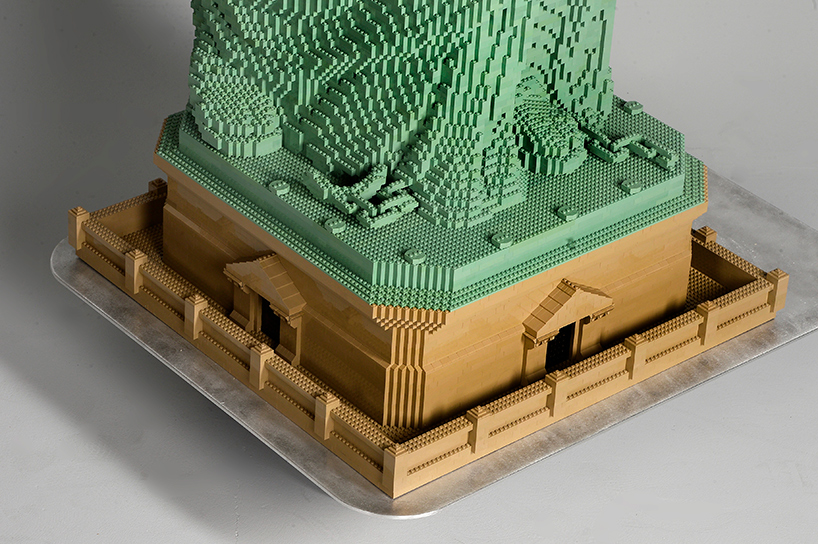