LEGO has launched a new set that comprises a fully functioning wind turbine. the kit contains 826 pieces used to create the model that reaches 3-foot off the ground, towering out of a small landscape including trees. called vestas wind turbine, the creator expert set features bricks made from plant-based plastic that is sustainably sourced. 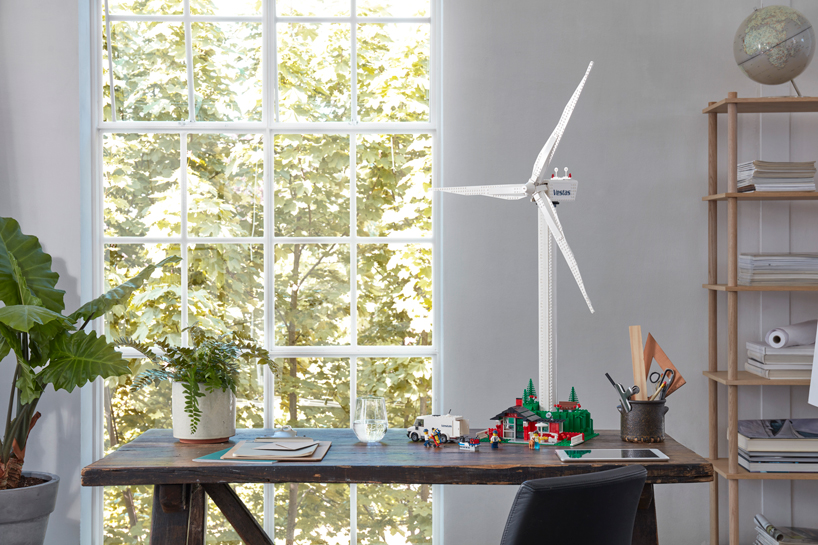 the wind turbine blades are adjustable, there are aircraft warning lights, as well as the ability to automate the set using power functions. the base of the set features a red cottage with working porch light and green wooded hills. 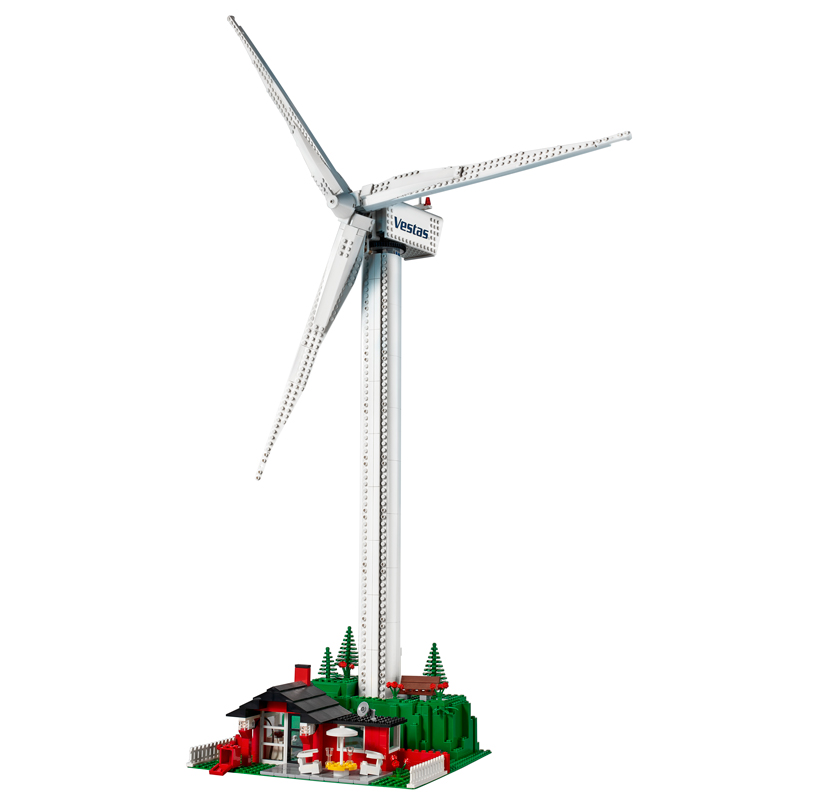 launched during NYC climate week the set is designed to help raise awareness about renewable energy projects, such as the wind turbine featured in the kit, as well as sustainability. as its name suggests, the kit was made in partnership with vestas, a sustainable energy company. 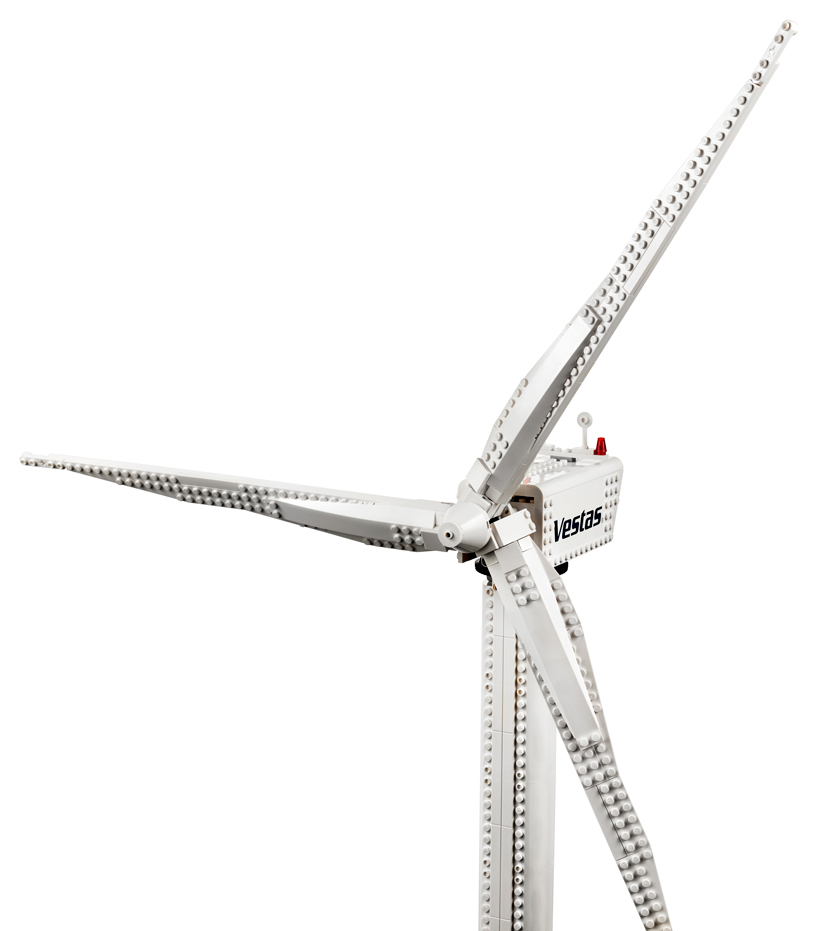 back in august, the company released its first elements made from sustainably sourced sugarcane – this is the first kit to use them. the wind turbine was initially developed in 2008 specifically for vestas, and was never released to the public. now the company plans to offer the set for sale through its LEGO stores and online shop starting on black friday. 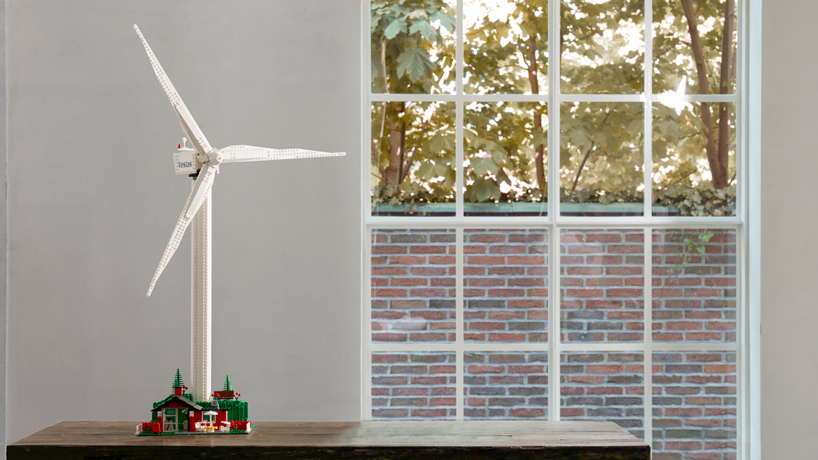