LEGO has announced it will release a ‘women of NASA‘ set featuring four mini figurines of pioneering women from the space agency: the astronauts sally ride and mae jemison, the astronomer nancy grace roman, and the computer scientist margaret hamilton. the set was inspired by a member of its fan-sourced creation platform, LEGO Ideas, which got more than 10,000 votes, triggering an automatic review by LEGO staff, which decided to manufacture and sell it.

the set was originally proposed by deputy editor of MIT news, maia weinstock, on the LEGO ideas platform last year, where members create and vote on new sets. when LEGO picks an idea from the site, submitters get a 1% cut of sales and licensing revenue. in her original pitch, weinstock had suggested NASA‘s katherine johnson was included but due to licensing issues LEGO was unable to gain approval. 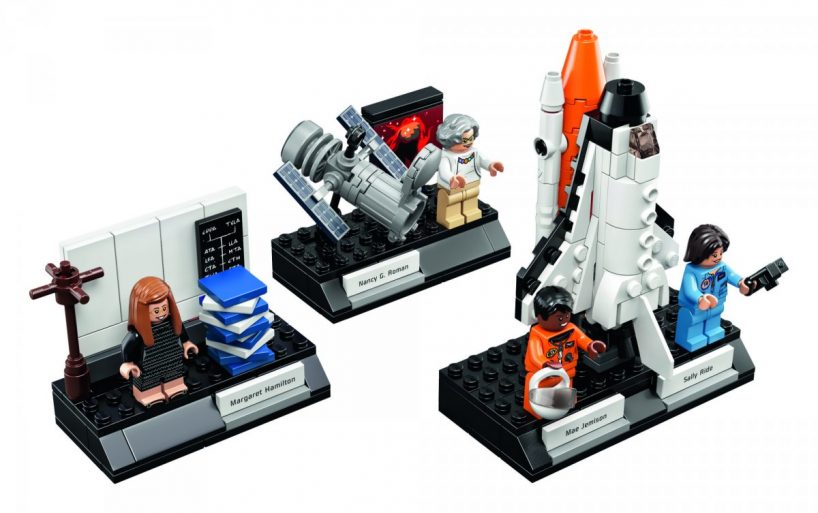 the designers behind the set are LEGO’s gemma anderson and marie sertillanges caturing specific details of the space icons, including how sally ride’s name tag says just ‘sally’, a request she actually made in real life. each figurine will also come with a backdrop related to their specialist field and work at NASA, including the space shuttle challenger and the hubble space telescope. 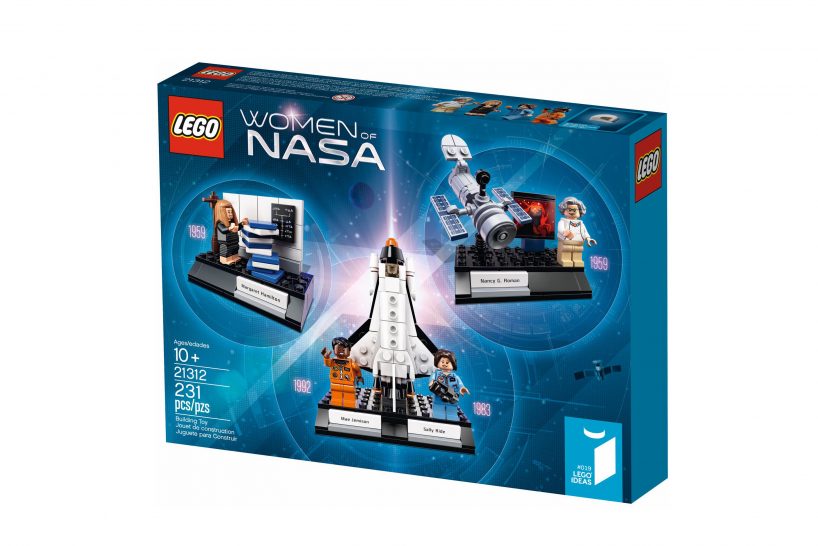 ‘great for role playing space exploration missions,’ LEGO said in a press release announcing the set. ‘explore the professions of some of the groundbreaking women in science, technology, engineering and mathematics with the LEGO ideas women of NASA set.’ 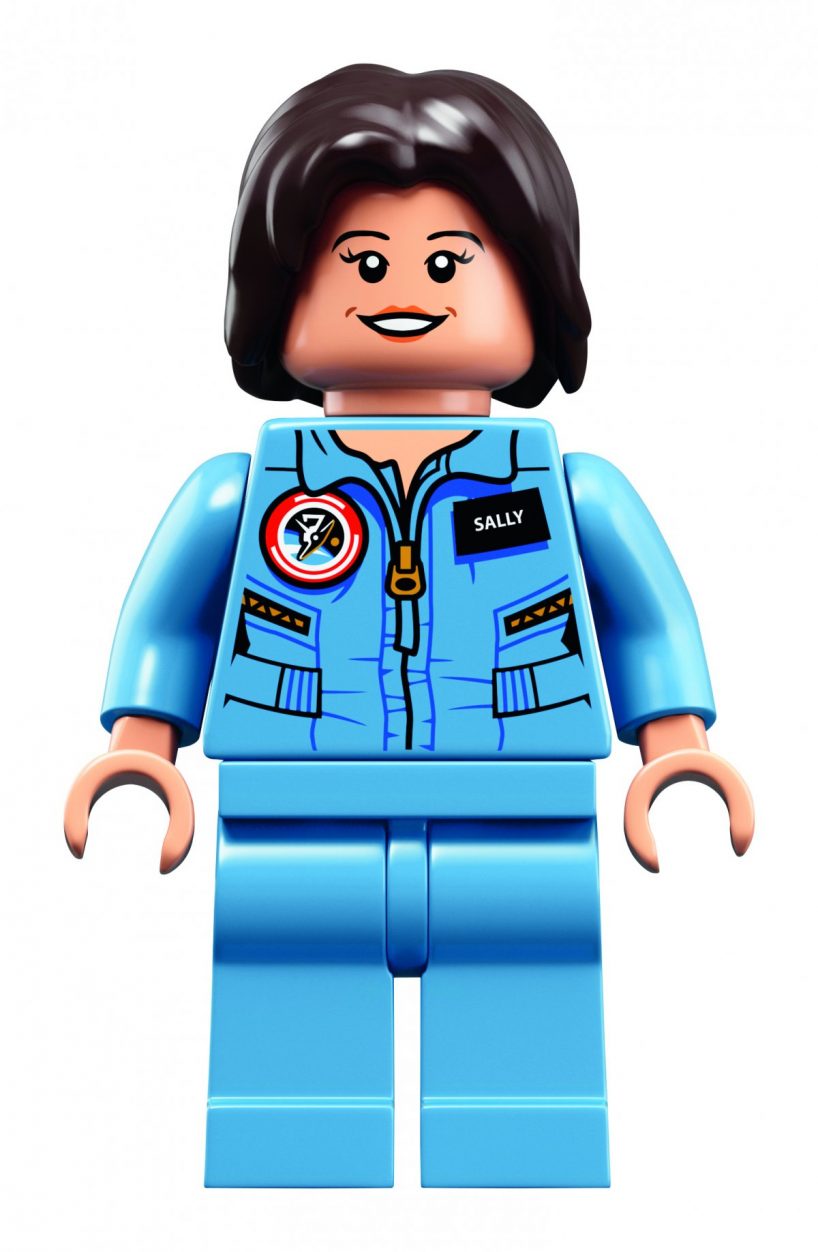 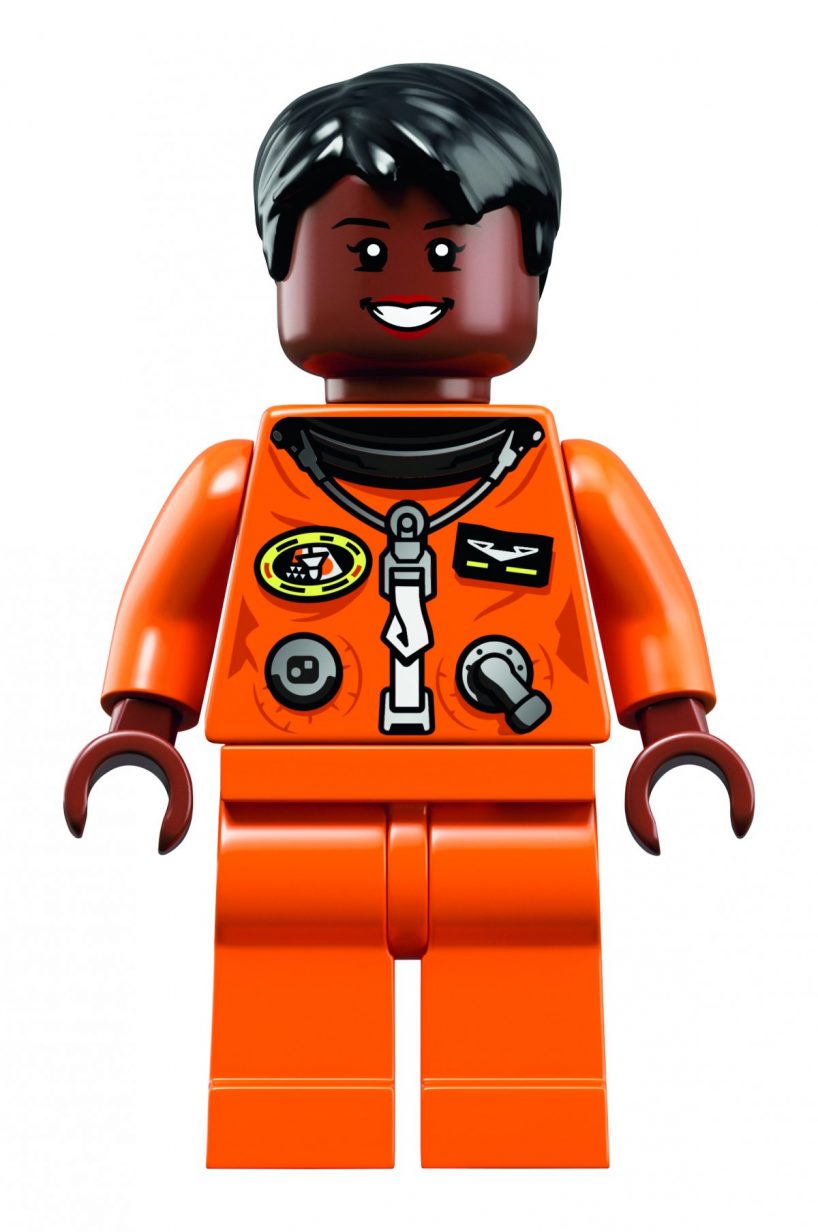 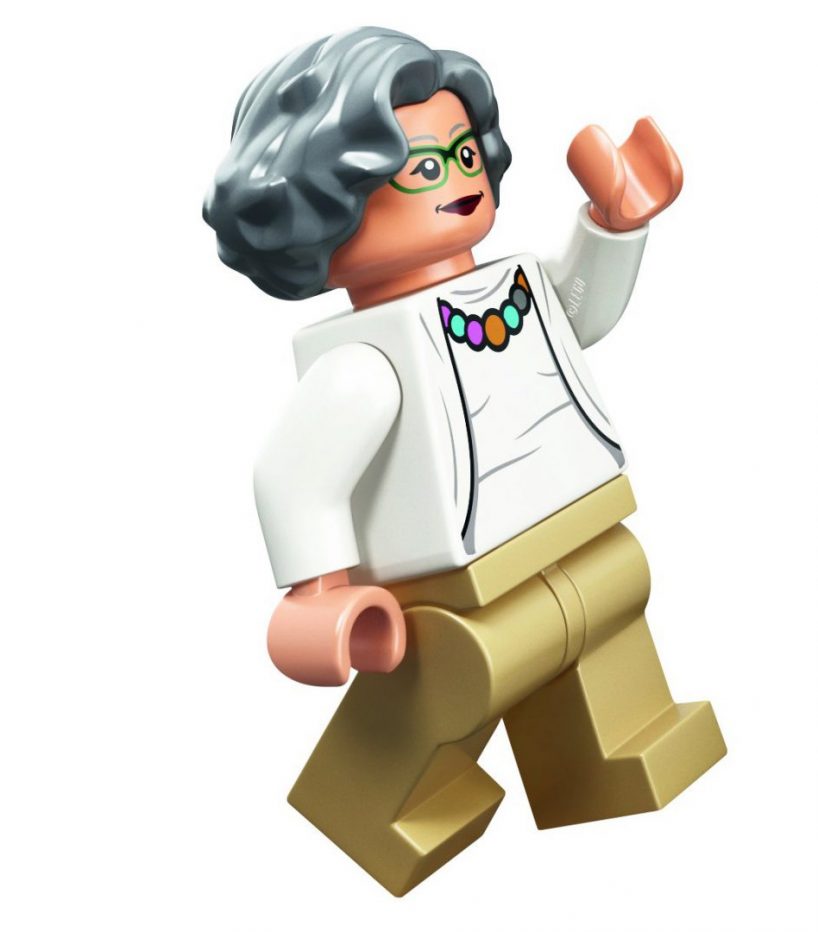 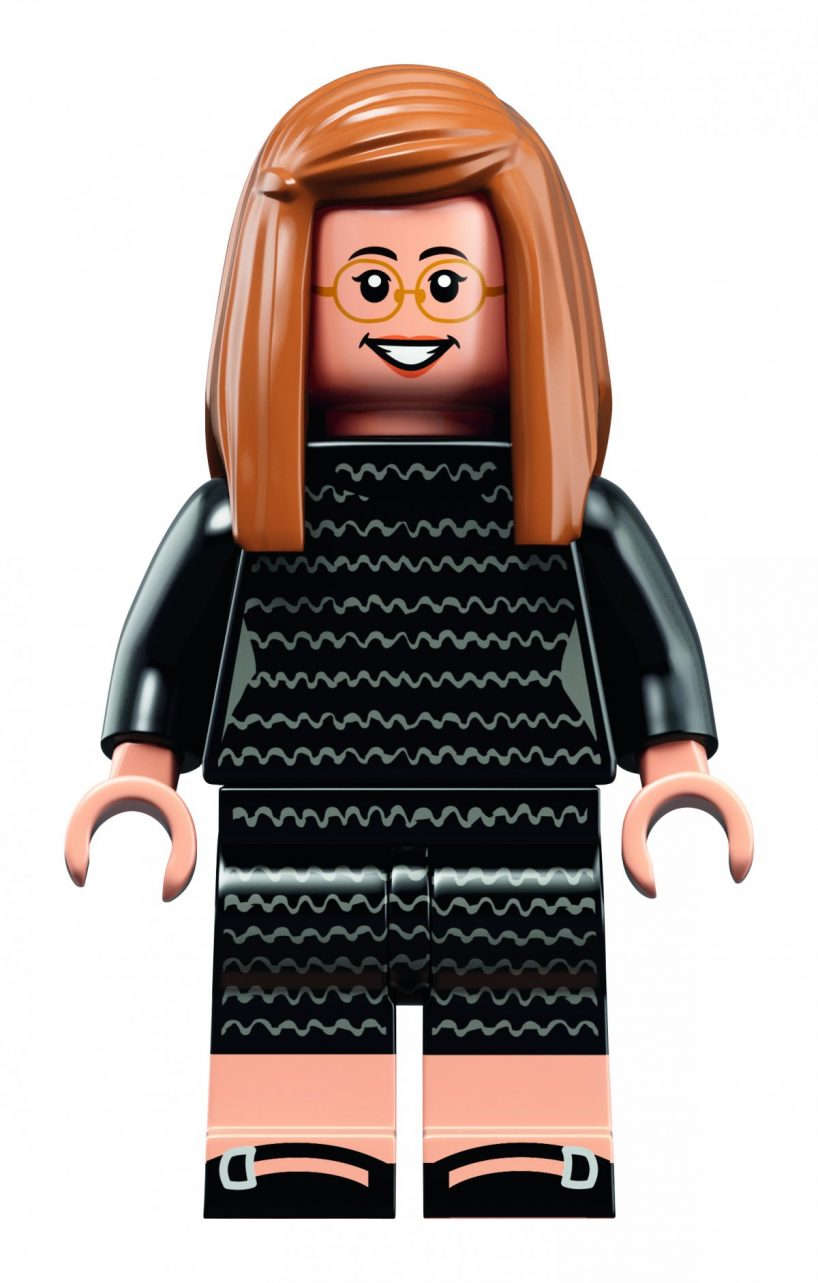 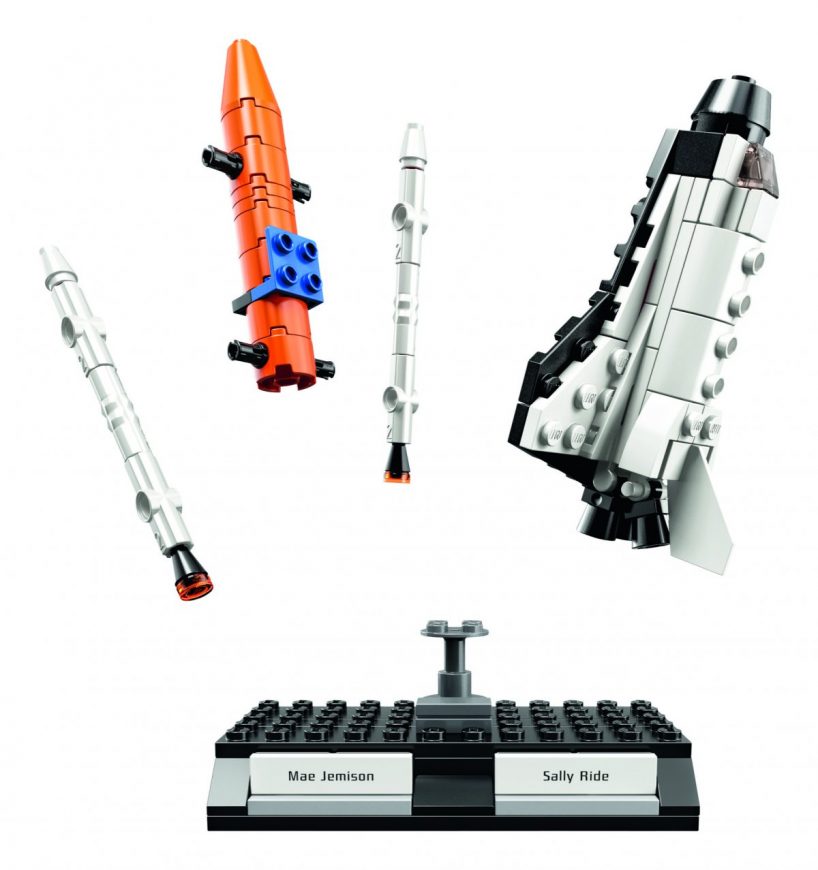 the space shuttle included in the fange splits into separate pieces 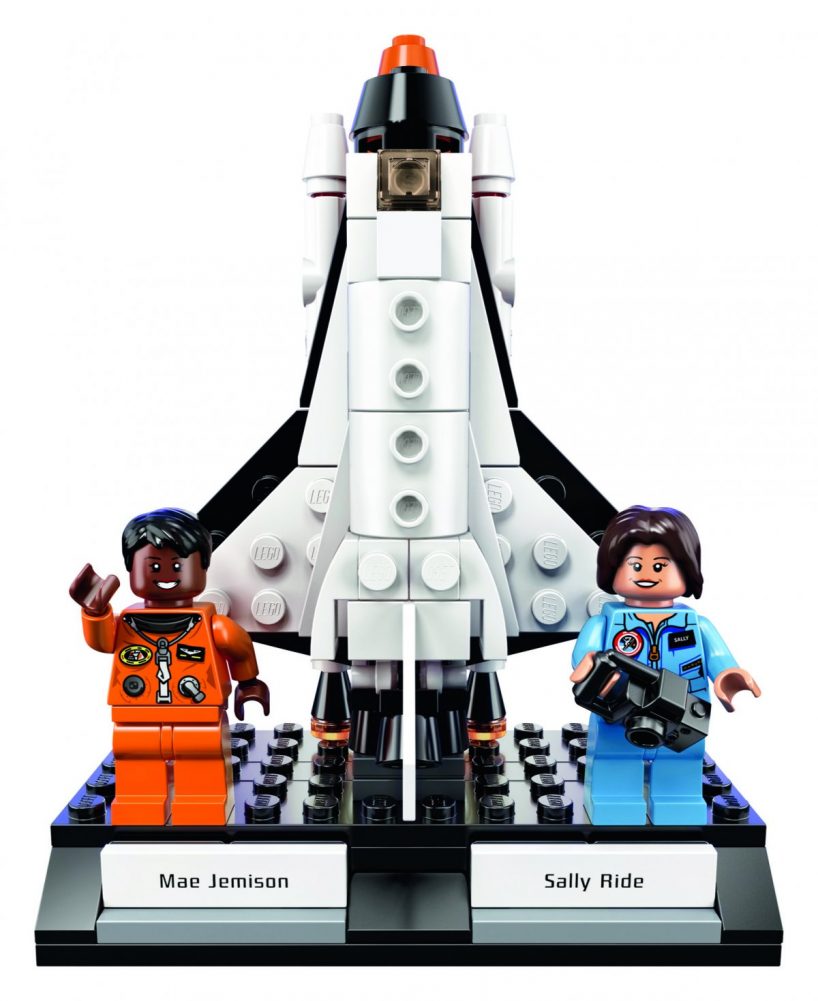 each figurine comes with its own base and additional extras 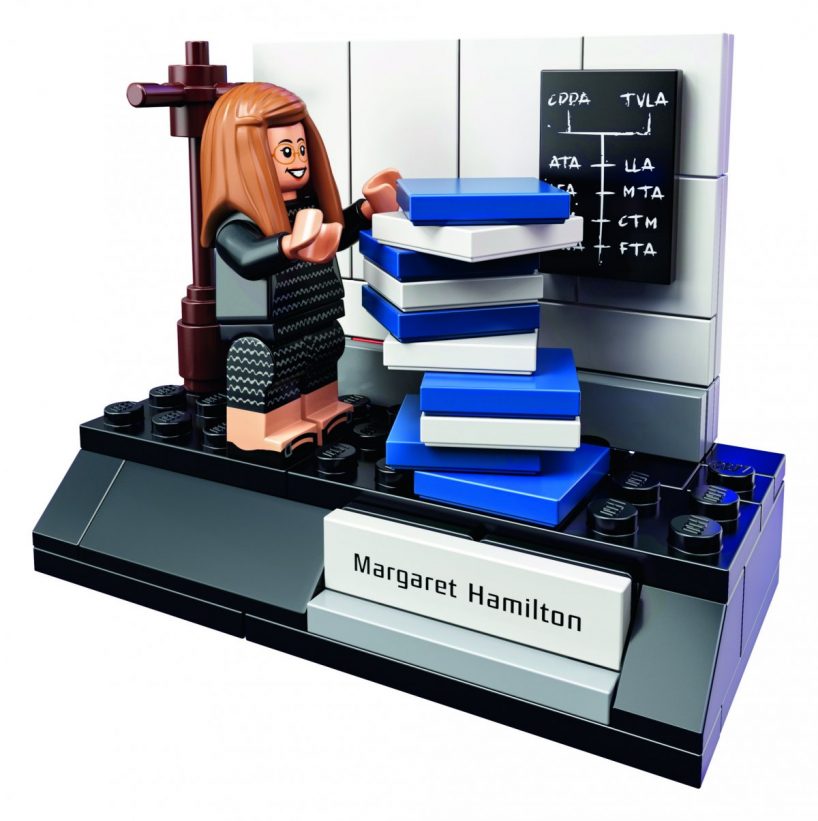 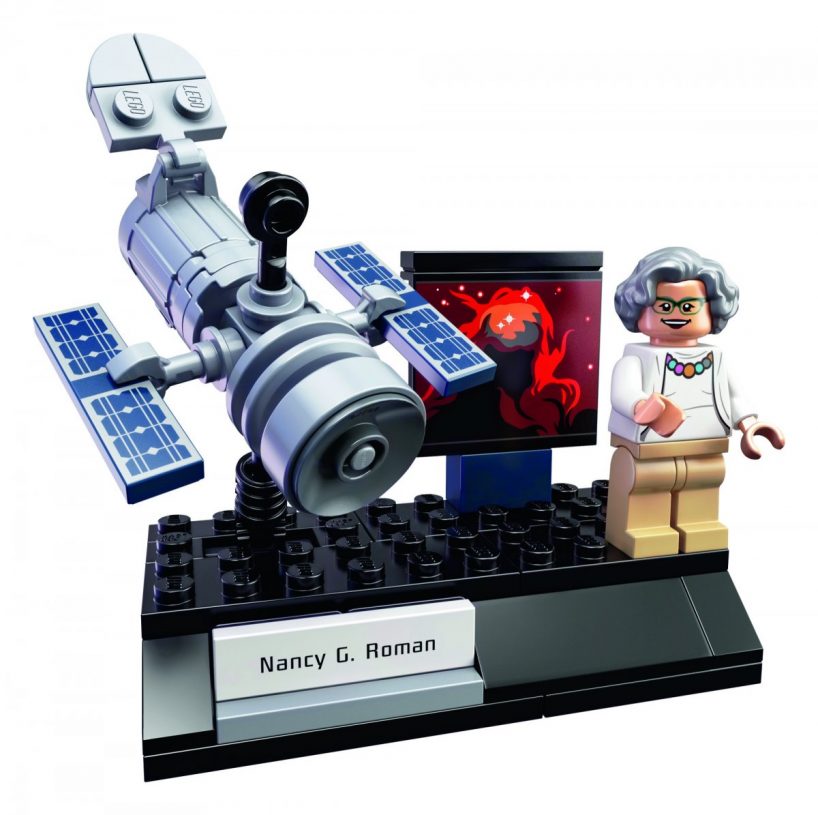 known as the ‘mother of hubble’, roman helped get the space-telescope mission off the ground 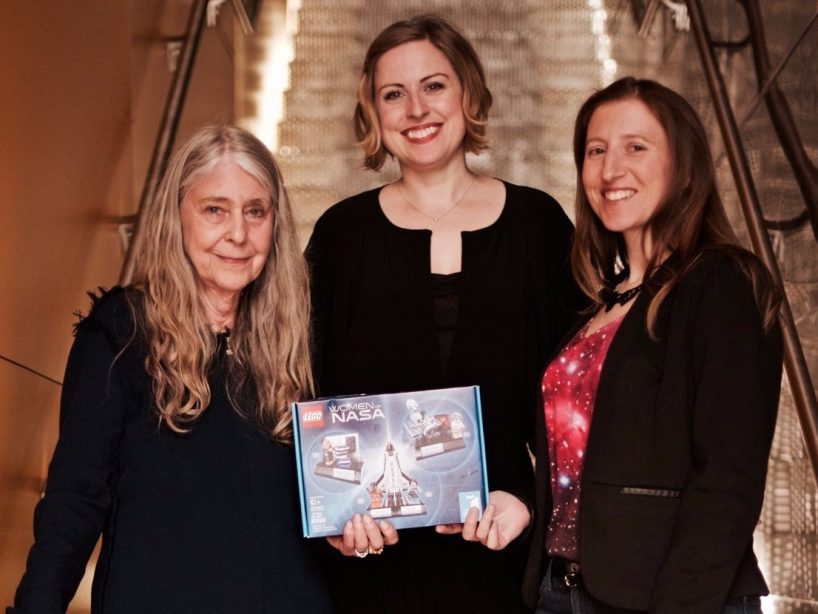