the UK city of leicester is working hard on installing a new network of bee bus stops. dubbed the living roof, the network consists of 30 bus stops that have been topped with a mix of wildflowers and sedum plants, a favorite among pollination insects whose numbers have been in decline in recent years. 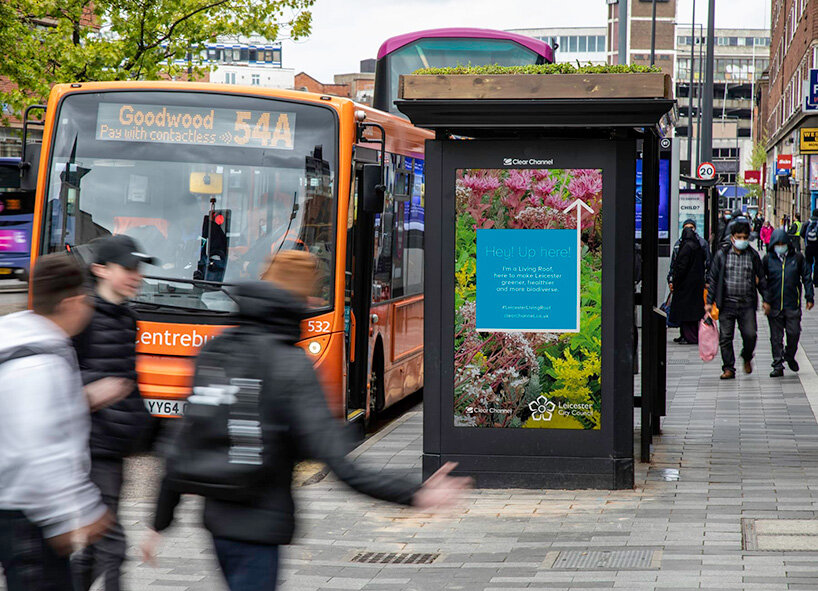 to fight the bee population decline, the city of leicester has collaborated with clear channel to transform the bus stops into bee sanctuaries. these green hubs, or rather bee stops, are essentially bus stops with grass and wildflowers on the roof that aim to encourage pollination. the shelters will positively contribute towards biodiversity and clime resilience, absorb rainwater falling on the roof, help to reduce the urban heat island effect, capture particulates from the air, and help make the city a greener place. 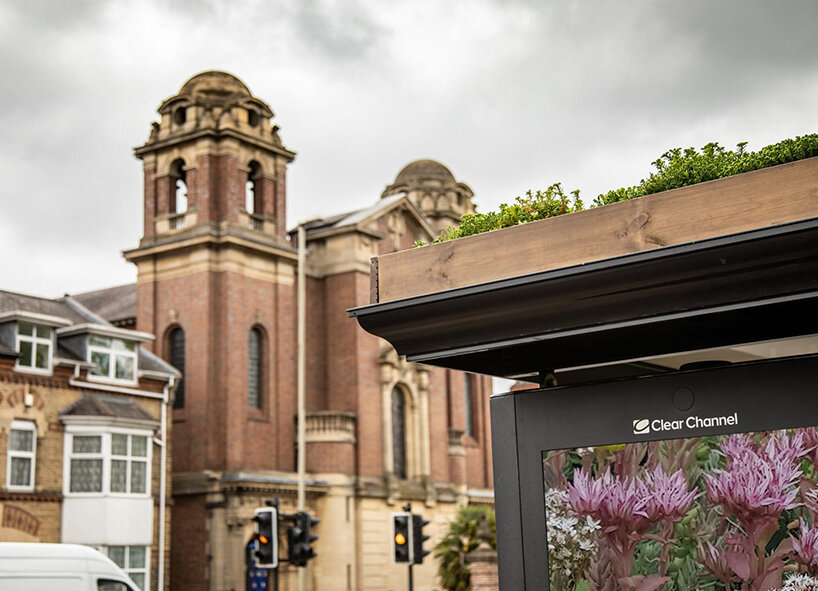 ‘it’s great to see the first of leicester’s new living roof bus shelters appearing across the city,’ said leicester deputy city mayor cllr adam clarke, who leads on environment and transportation. ‘we’ve already had some fantastic feedback from people who are as excited as we are to see this bee and butterfly friendly revamp of bus shelters taking shape. but this is just one of many benefits of the citywide revamp of our bus shelters. the new, modern shelters will be great for passengers and the mix of solar power and living roofs is another step forward for our ambition to be a carbon neutral and climate-adapted city by 2030. the new shelters will also be a perfect complement to our work to deliver a new, carbon neutral bus station at st margaret’s.’

when attainable, all other bus shelters will be equipped with solar panels, powering smart lighting to manage energy use. the living roofs come as part of a new 10-year contract between the leicester city council and clear channel UK.

these type of bee bus stops have already been installed in utrecht, read more about on designboom here.

created by: city of leicester and clear channel