belarusian graphic designer lesha limonov has created a label graphic for spanish vermouth brand san bernabé. the illustration depicts a spanish soldier from the early 16th century with the head of a fish. limonov draws influence from an unnamed conflict — most likely the italian war of 1521-26 — in which spaniards defended a city — no reference was provided — from a siege by the french. a wreath of flowers and herbs surrounds the primary figure, representing the various flavors added to the fortified wine. 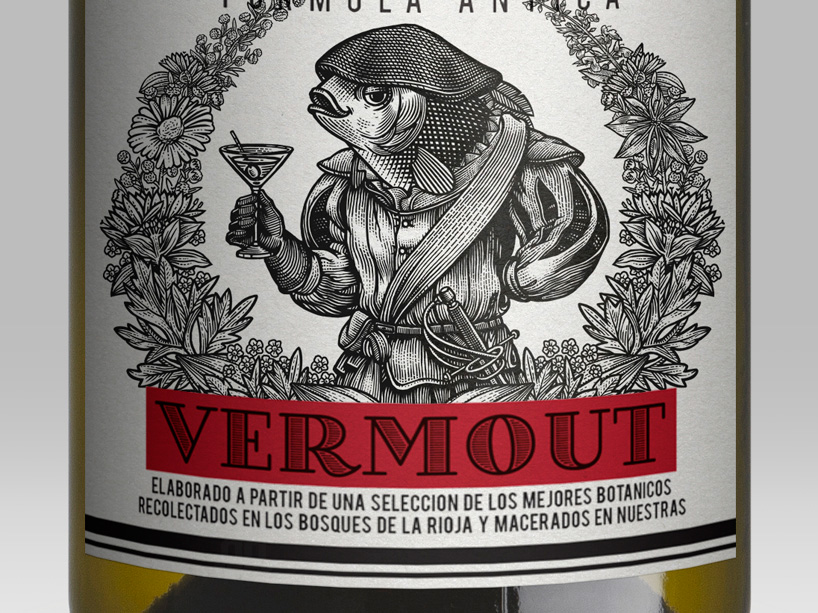 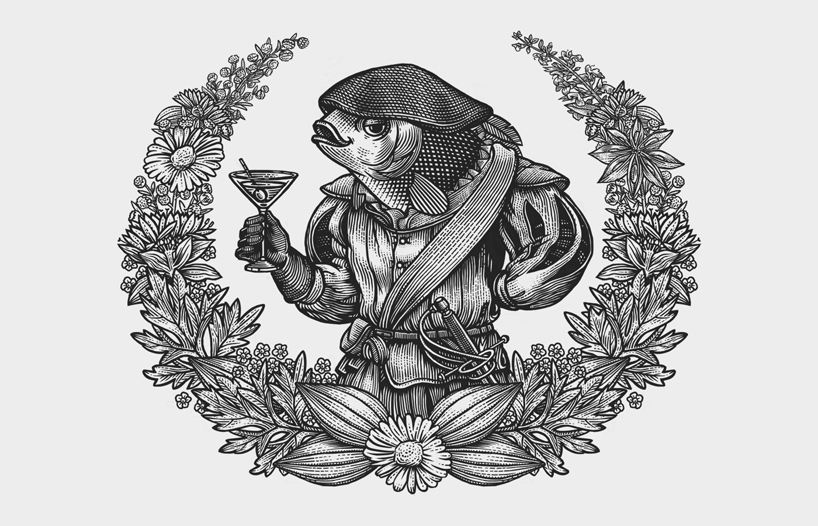 the image depicts a spaniard with a fish’s head 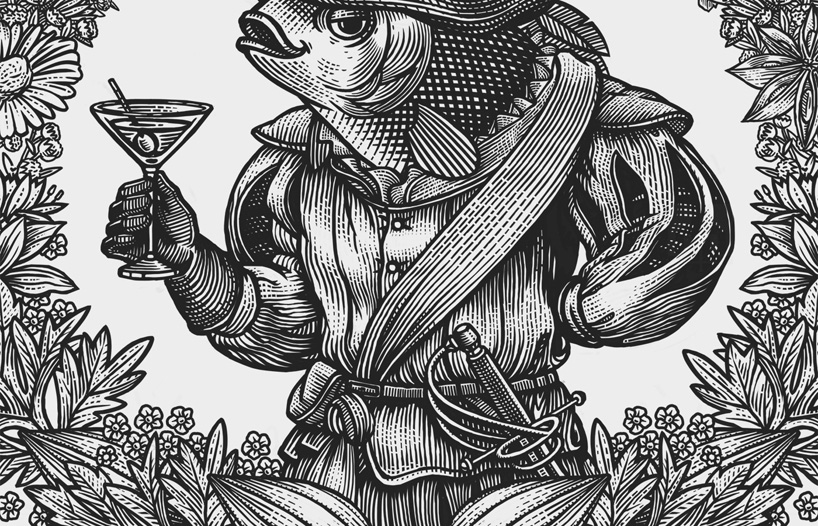 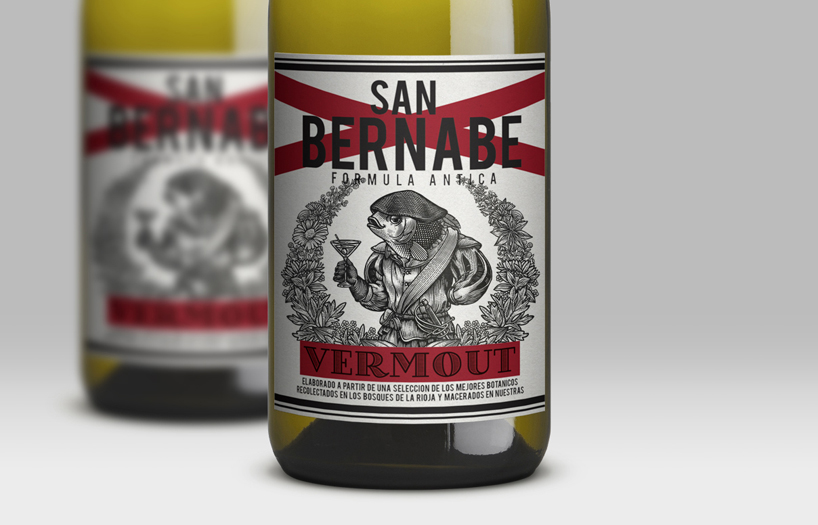 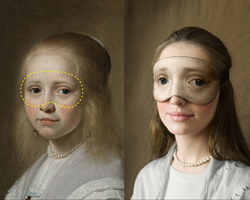 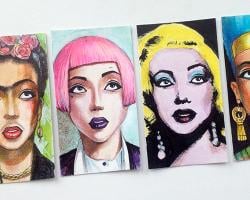