‘modu_gram’ is a project by recent masters in fashion design graduate lianna sheppard which is influenced by mathematical models and fractional forms. together it is a collection of wearable structures that explore the interrelation and interplay between 3D structural shapes and forms with the central body, creating a set of new silhouettes and encounters of human interaction and engagement. 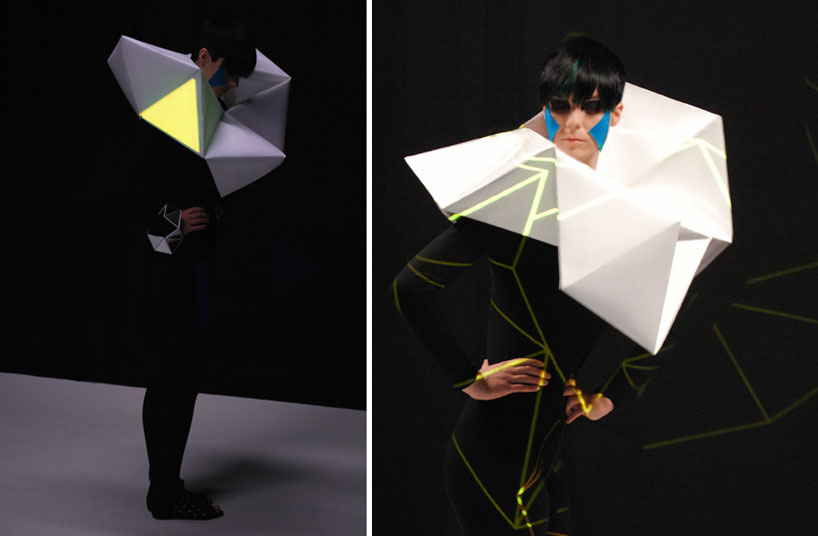 the pieces transform through the use of several different mean: light movement, structure and color. they are constructed with built-in magnets, allowing pieces to be worn at different positions on the body,performing and transforming as a continuous series of itself. initially created through simple folds and origami techniques, forms are generated on varying scales for each structure: ‘octa’, ‘tetra’, ‘edra’ and ‘poly’. 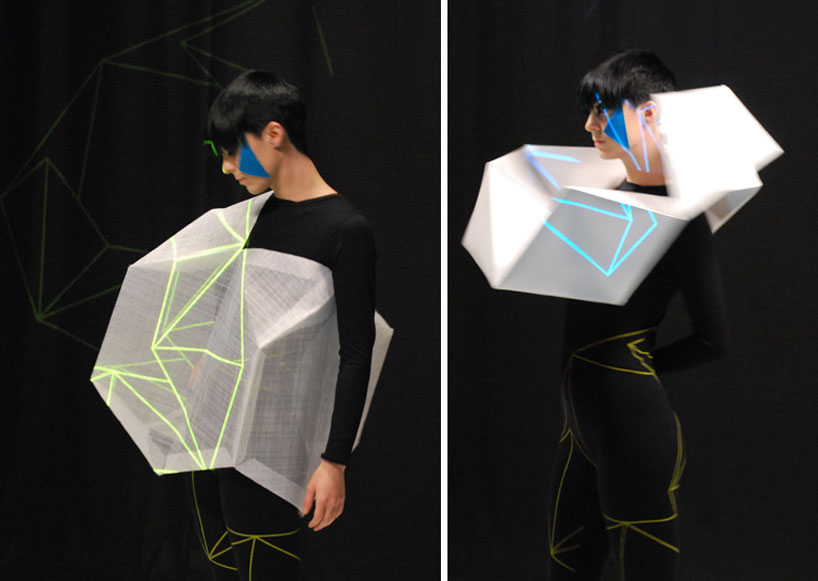 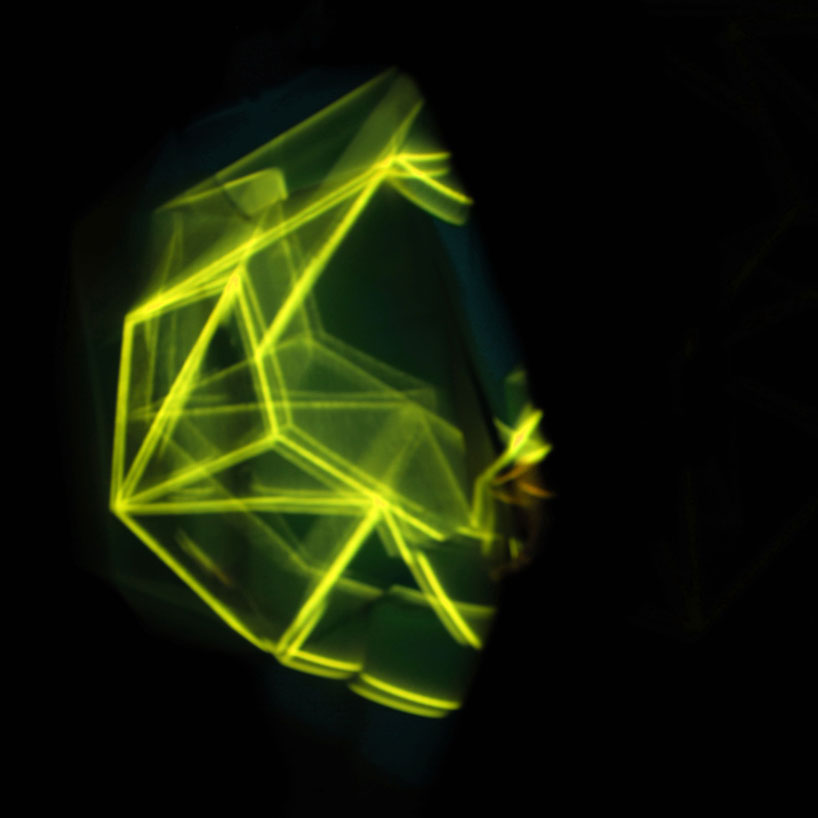 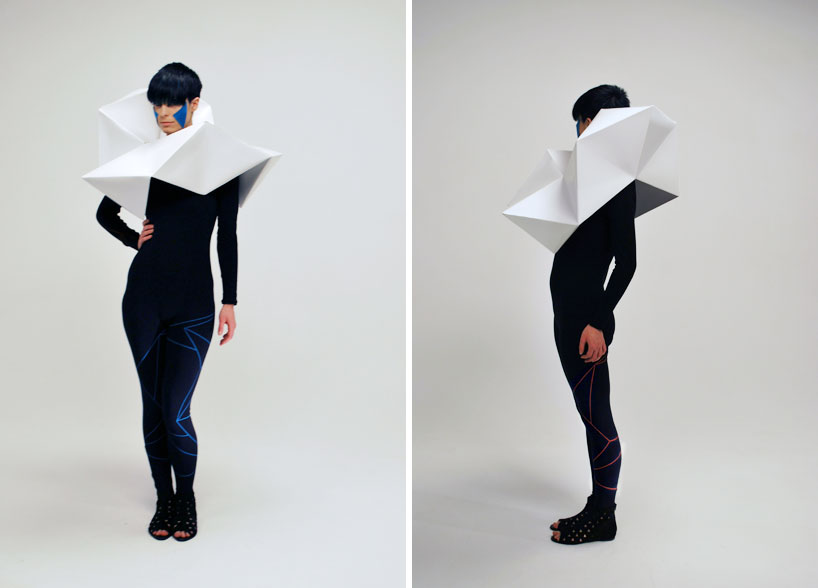 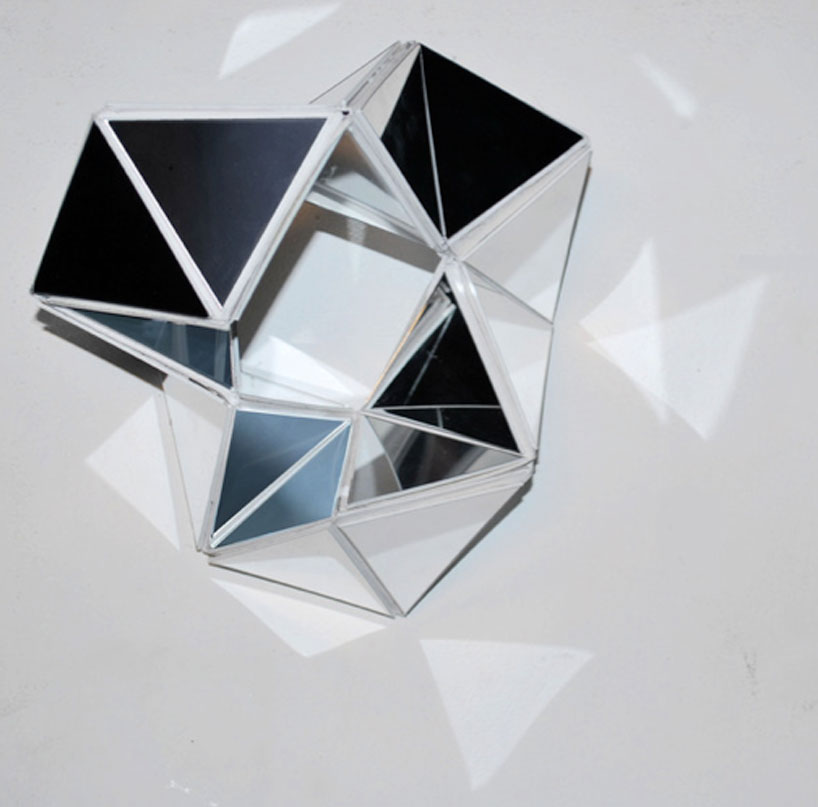 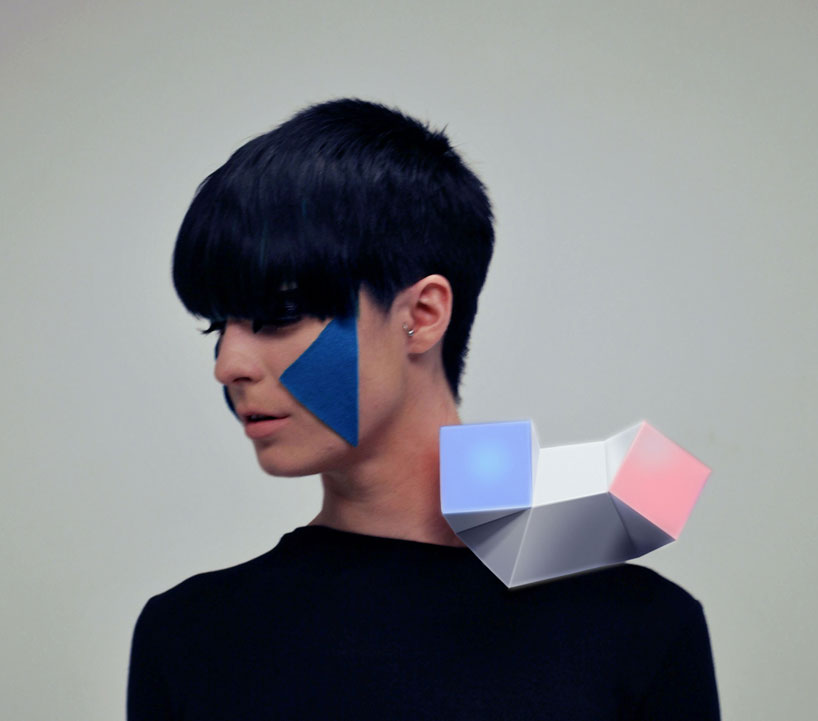 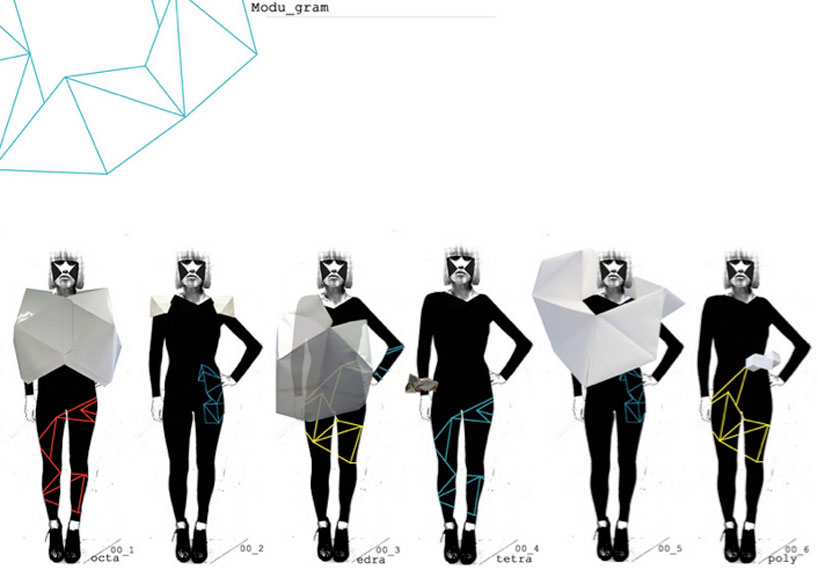 Modu_gram from Lianna Sheppard on Vimeo.