customisability is a key this day in age whereby things are constantly changing and we require products and environments to adapt to our evolving needs. responding to this, lievore altherr molina has envisioned a sofa that can be made to meet the exact requirements of any interior design project, both in the sense of aesthetics and functionality. designed for contemporary furniture brand viccarbe, ‘sistema’ breaks the sofa down into a series of elements including: seating (with or without legs), back rests of different heights, arm rests, legs and other trimmings such as side tables, trays and foot rests. these deconstructed components can be assembled by the customer in any way to create the perfect arrangement, whether it be for domestic or contract use, allowing one to adapt the seating system to suit their specific spatial dimensions and programme requirements. 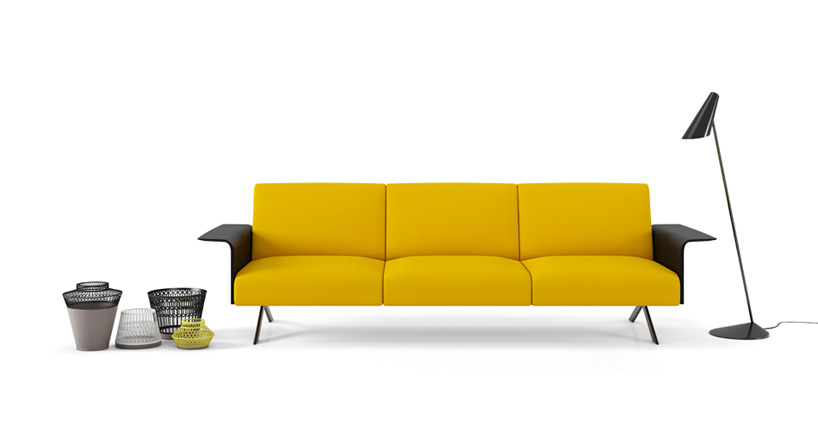 debuting at salone del mobile 2016, ‘sistema’ has been conceived in a way that will see new elements released each year to accompany the sofa system. each of these constituent parts will be developed as complimentary and interchangeable within the overall assemblage, offering complete flexibility and freedom to form a unique and singular modular piece of furniture. apart from the endless possible number of layouts, customisability is also offered through a variety of finishes that can be combined with fabrics, wood, metal, providing the opportunity to shape your own bespoke seating system with full comfort and elegance. ‘sistema’ is also available in a series of pre-configured options such as linear, L-shaped or U-shaped.

designboom spoke with lievore altherr molina to discuss their approach to furniture, what the studio’s starting points were in developing ‘sistema’, and what they think the role of the designer is.

DESIGNBOOM: how would you describe your approach to designing furniture?

LIEVORE ALTHERR MOLINA: our approach to a project is generally to circle around it — from the general to the specific. the initial stages are normally focused on sensations, memories, similarities, ambiguity; which little by little begin to take shape through a form that attracts us. pinning down those initial intentions is so important. 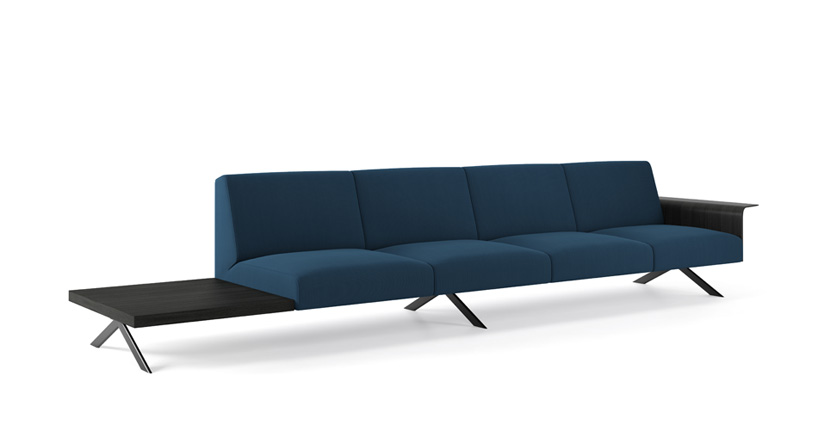 DB: what were the starting points for developing the modular ‘sistema’ sofa? can you talk about the evolution of the furniture — from the initial concept phase to its realization?

LAM: the viccarbe commission came about through the company’s interest in working together on a project that would initially be something other than a chair. victor carrasco (founder and director of viccarbe) told us about his wish to produce an upholstered seating system that provided users the freedom to compose configurations depending on their particular needs, whether they were ergonomic, aesthetic or dimensional. taking that into account, he asked that the proposal  also be ‘live’ and be able to expand with the addition of accessories and components over time, meeting the demands of the evolving market. based on this brief our references for the project included modularity, proportion, procedure and timing. in other words, comfort in the broadest sense and memory, that is to say references, shared cultural and universal features that provide each project with a ‘broad present’ (as we like to call it). 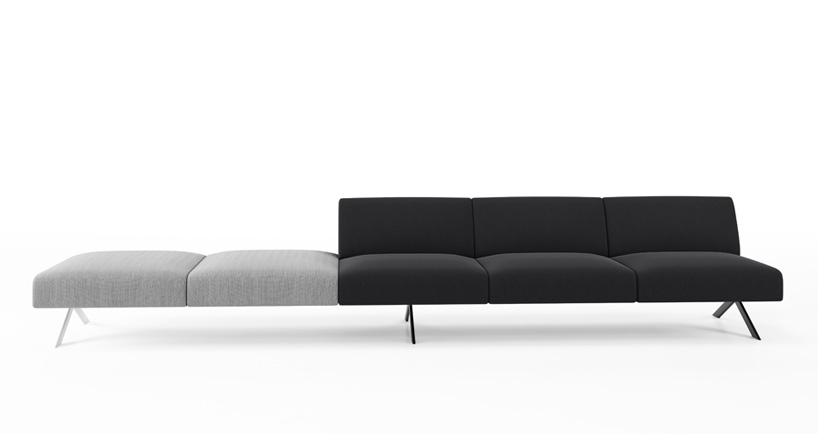 DB: what are the specific components and modular elements you have integrated into the design? can you elaborate on the configurations that you wanted to create through the varied modules?

LAM: ‘sistema’ is basically composed of six individual seating/backrest modules the main variables being the height of the backrest and the width of the seat. these modules are assembled over a shared modular metal base, designed in such a way to accommodate the greatest range of compositions, guaranteeing a solid support and easy assemblage. together with these principal elements there are a series of accessories like the arm rests, legs and fabrics that allow the sofa to be customised, all thought through to satisfy any requirement whether it be residential or contract. 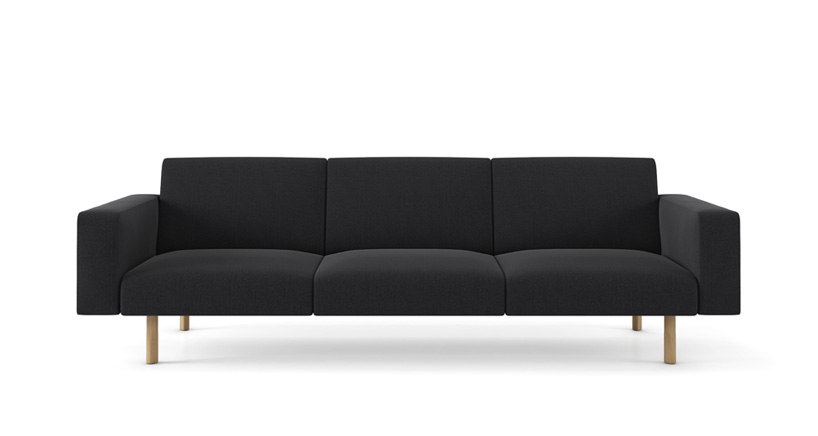 the sofa system can be accompanied by legs in wood or metal, or sit low to the ground

DB: what did you want to achieve aesthetically and functionally with the overall design of ‘sistema’?

LAM: the starting point was a complex and ambitious one. our challenge was to resolve its design in the most harmonious way possible, emphasising the overall concept of synthesis, clarity and memory to produce an easily accessible result without sacrificing any of the objectives identified initially. this harmony should lead to a warm and organic product, made to last and evolve with changing market tastes. 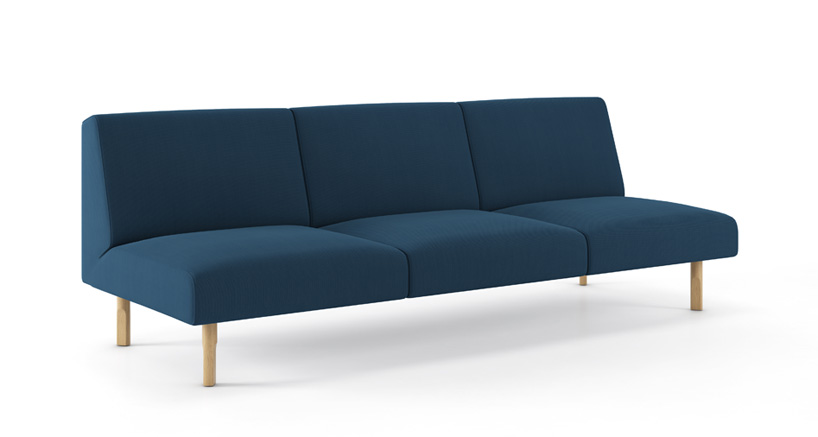 DB: what sets ‘sistema’ apart from other modular sofa systems out there?

LAM: the feature that sets ‘sistema’ apart from other modular sofa systems on the market is, above all, is that it is a product conceived by viccarbe and designed by lievore altherr molina, which rather than being a unique and exclusive design proposal, celebrates its universal character in the broadest sense; together with its harmony and power to seduce. differentiation is always intrinsic. the client’s DNA, their particular way of manufacturing, communicating and distributing is always evident, as is the DNA of the designers. specific sensitivities always appear during a project’s evolution. 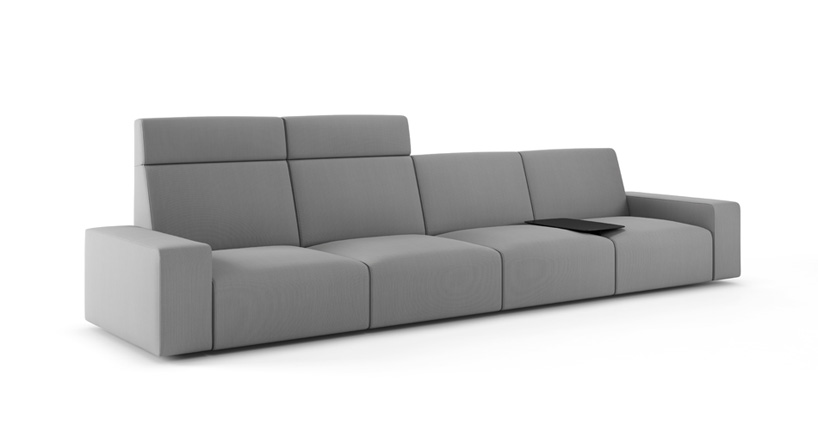 DB: in your opinion, what do you think the role of the designer is?

LAM: our work involves bringing order to a series of elements in such a way that they respond to a particular brief, keeping in mind industrial and commercial capabilities and the defining characteristics of the client who commissions the project. in other words we set out to provide specific answers to specific problems, working with all kinds of conditions which we have to uncover over a long process. 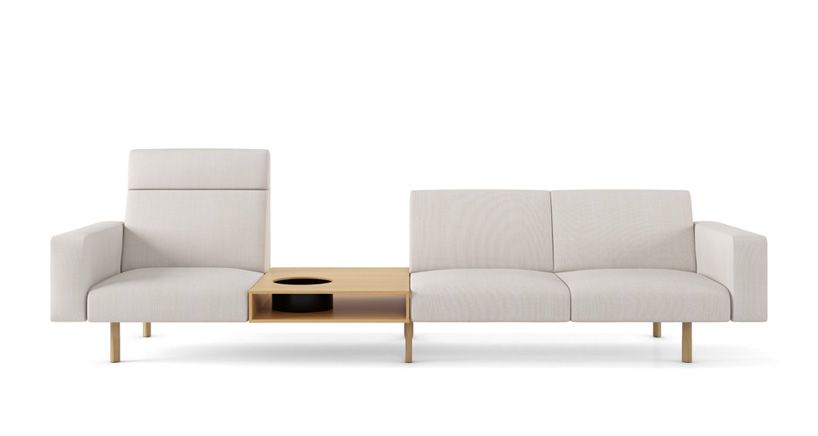 ‘sistema’ configured with a table set between seating elements 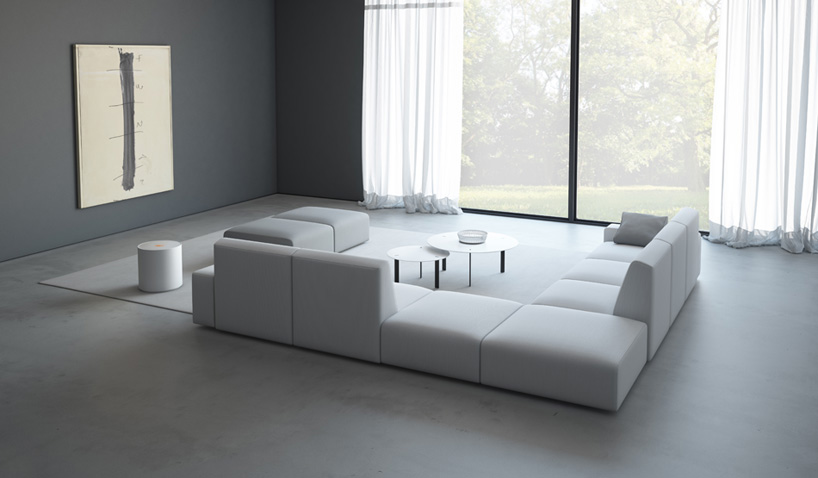 the system is broken down into a series of elements: seating (with or without legs), back rest (of different heights), arm rest, legs, side tables, trays and foot rest

three-seater 'sistema' sofa with high back

the possible configurations are endless

four-seater 'sistema' sofa with low and high back modules, with a wood arm rest

'sistema' is a unique and revolutionary idea by viccarbe

the pre-configured options of 'sistema' include linear, L-shaped or U-shaped 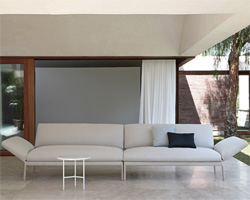 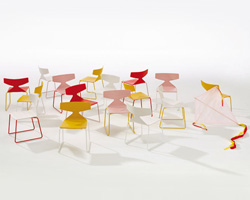 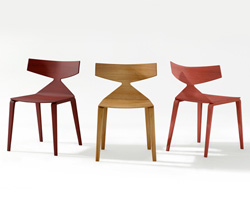 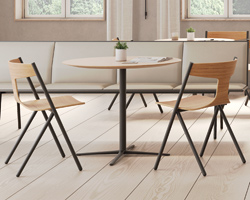 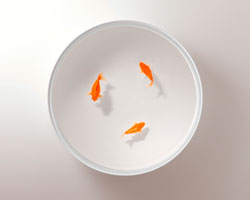 Apr 22, 2014
ramon ubeda + otto canalda float fish inside up in the air table for viccarbe 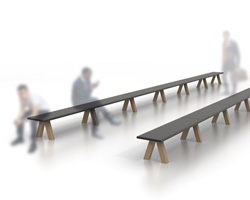 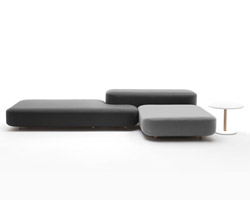 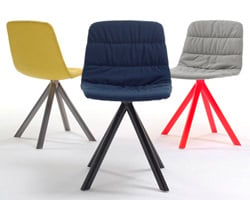 Jun 27, 2021
into the archives: the design of central park, a masterpiece of landscape architecture
in the 1850s, a competition was launched for the design of a large new park in manhattan — over 160 years later, central park still provides city dwellers with a sense of the countryside.
design
628 shares
connections: +510