linehouse have established a unified branded architectural language for chinese street food store BAOBAO – the first of many stores to line the streets of china and the US. the architecture studio created a spatial narrative that married with the brand’s ethos: from garden to plate, using the freshest home-grown vegetables. in doing so they played with the concept of inserting a glass greenhouse building for the exhibition and growth of plants. a series of housed frameworks were proposed providing an area for the chefs to prepare the baozi (steamed bread buns filled with meat, vegetable or sweet stuffing). 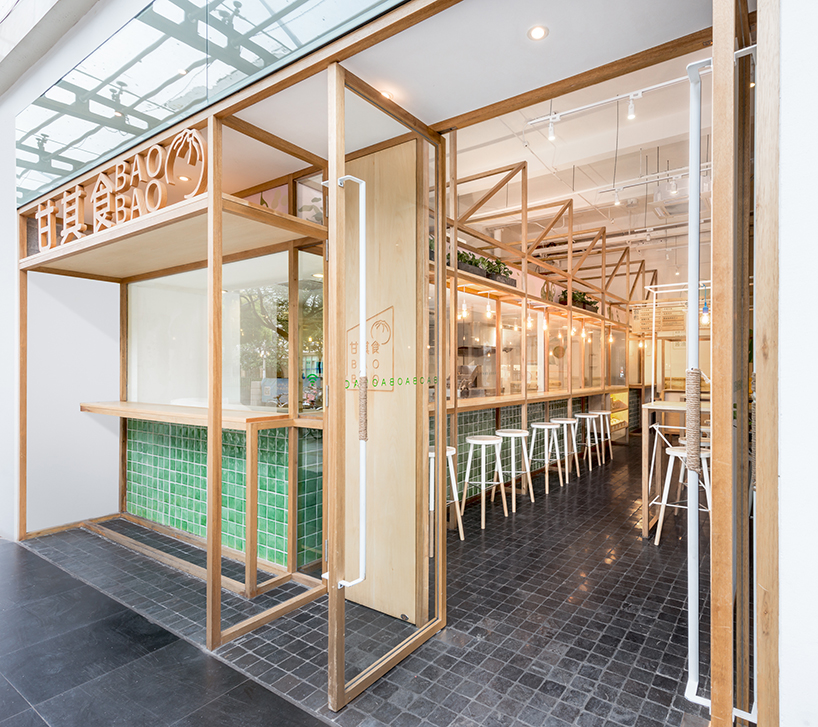 the architectural framework is the defining characteristic throughout the interior of the construction. drooping greenery and and hanging lamps hang from the structure of the cookhouse, allowing guests to linger and observe the activities within the kitchen. the greenhouse is is composed of hand glazed green tiles and two tones of wood and glass. this house extends out to the street, operating as a leaner for guests, and further framing the activities within to the exterior. 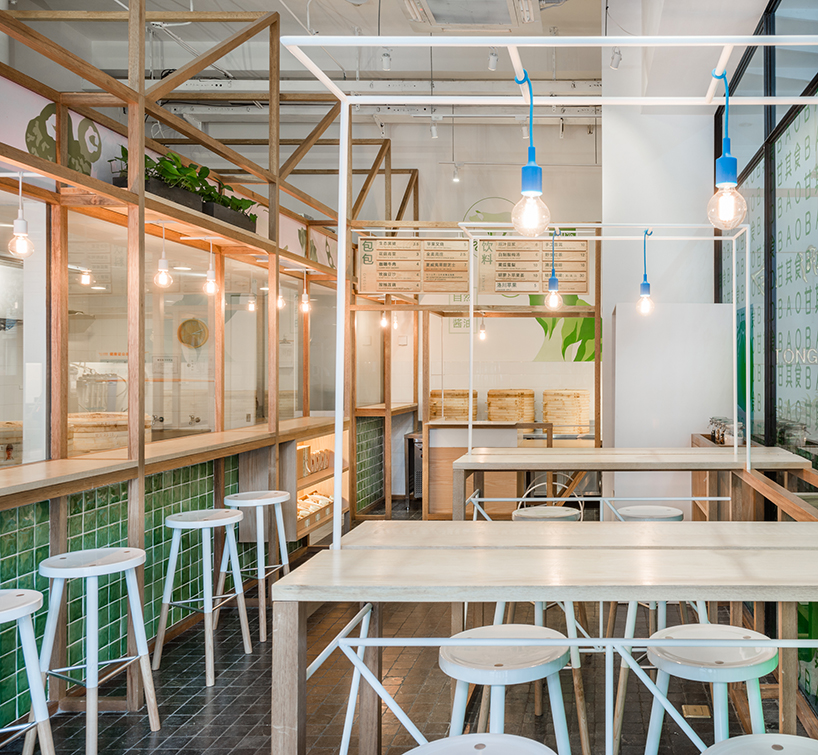 the cashier / service area plays on the idea of a wheelbarrow and garden tools, allowing the menu boards to hang from above. bluestone cobbles line the floor in the customer area which mimics the idea of a garden path, and the streetscape beyond. linehouse were invited to develop the branding and graphics for the store which has opened at alibaba campus in hangzhou and at tongji university. bold graphics of a wandering pig, a family of vegetables from the garden and BAOBAO are repetitively stamped on the adjacent glass. the baobao logo is embossed in a darker tone of wood into a pivoting panel on the façade and a wood cut out logo is displayed on the shelf on the exterior. 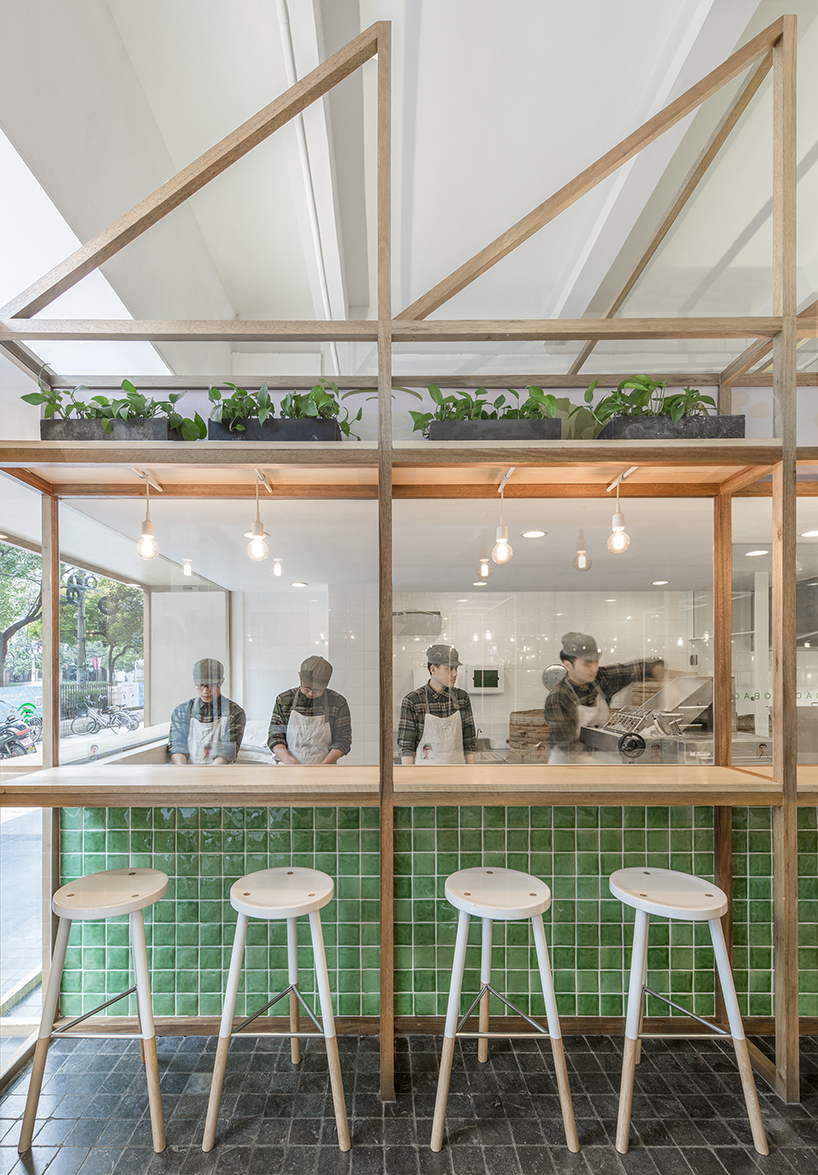 the performance of baozi making: rolling, handcrafting and steaming within the greenhouse
image © dirk weiblen 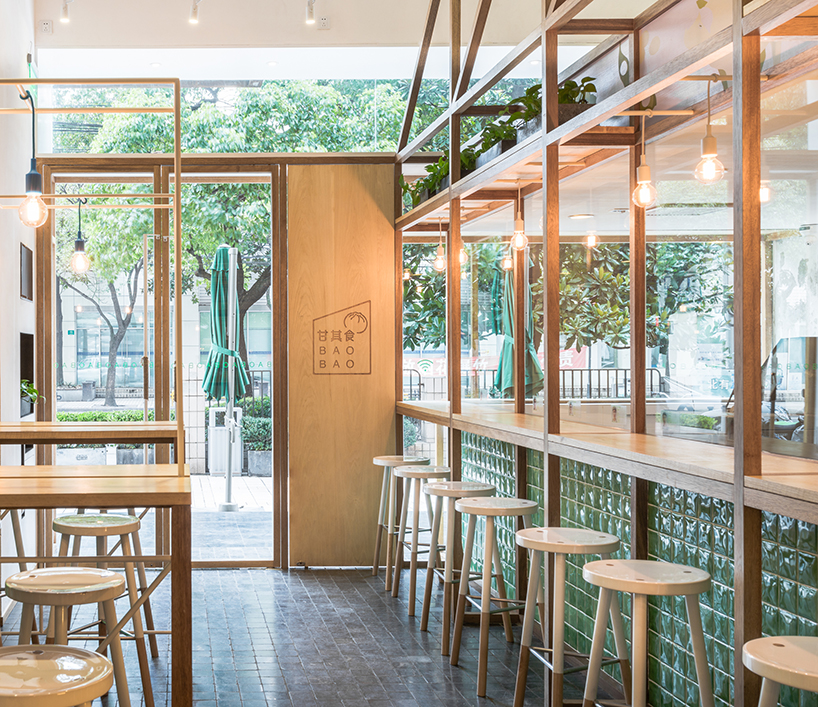 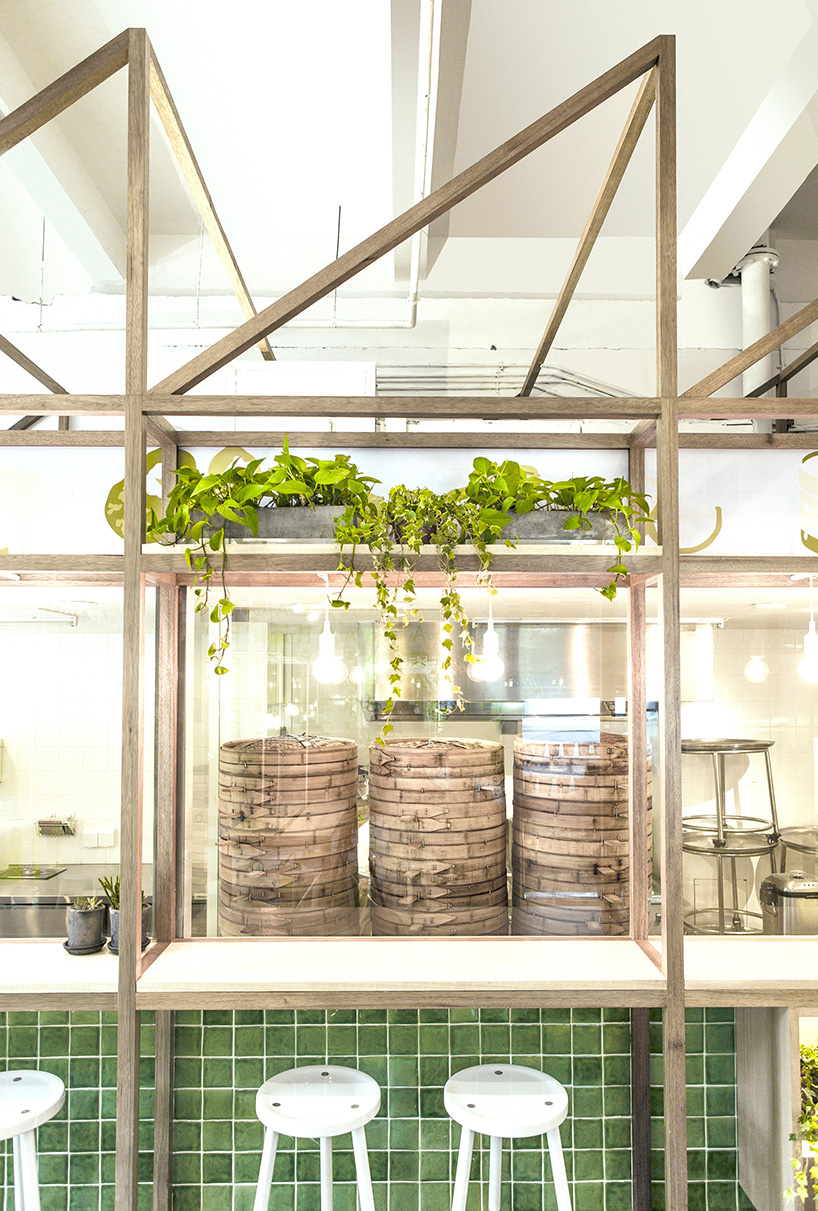 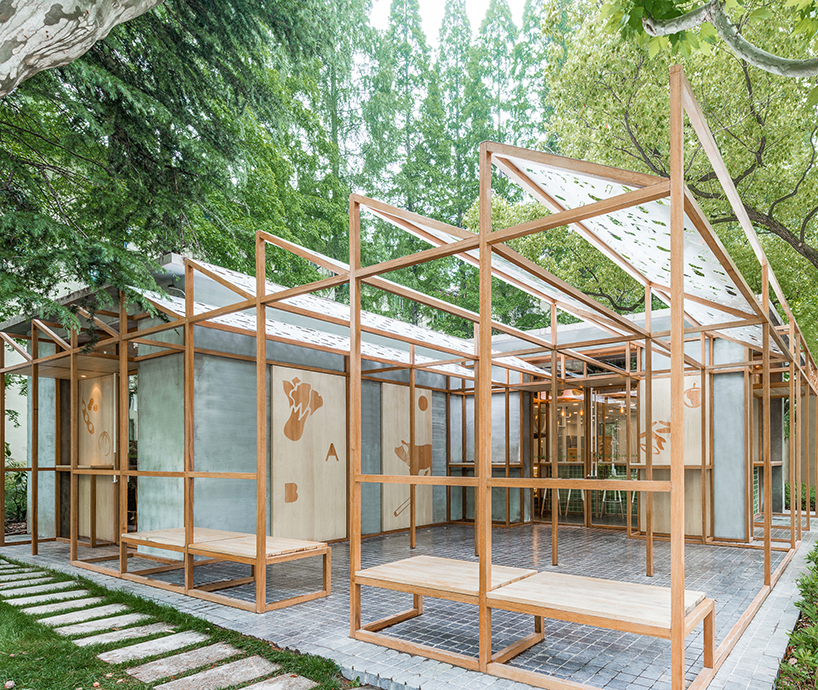 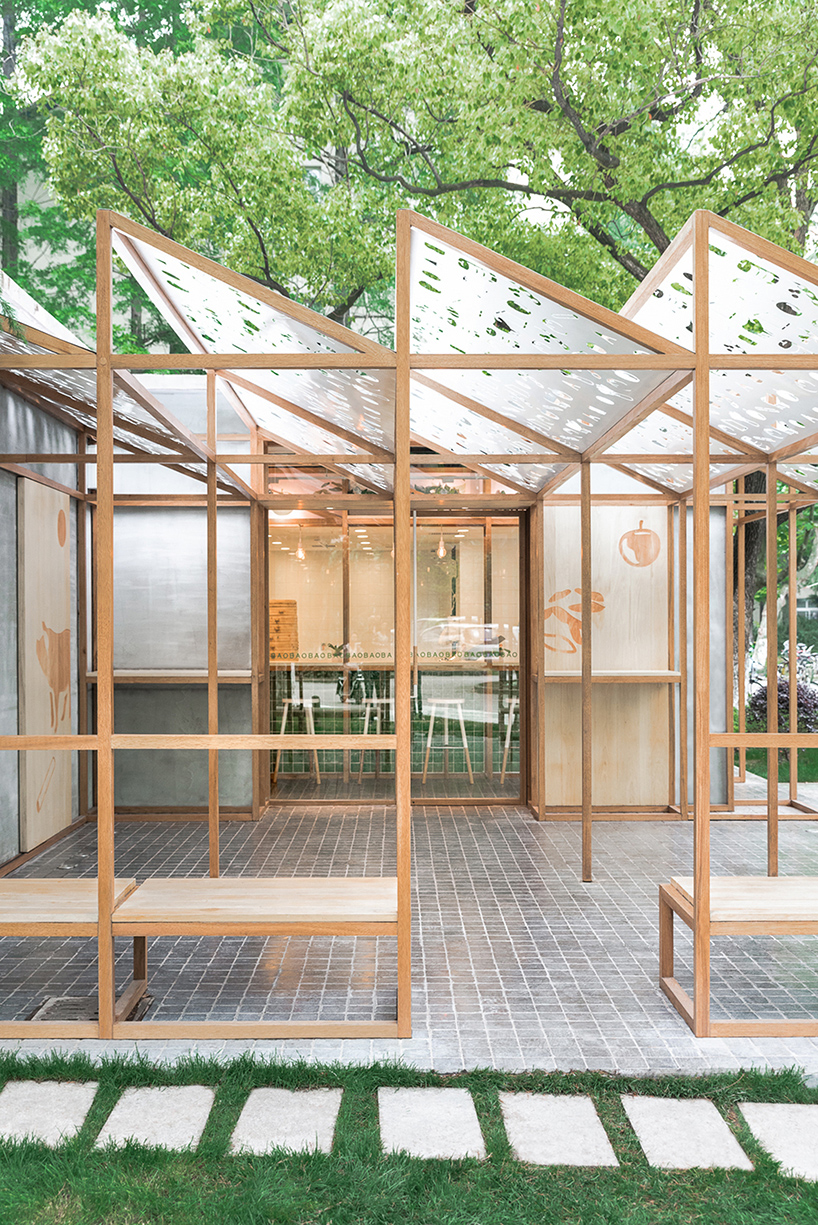 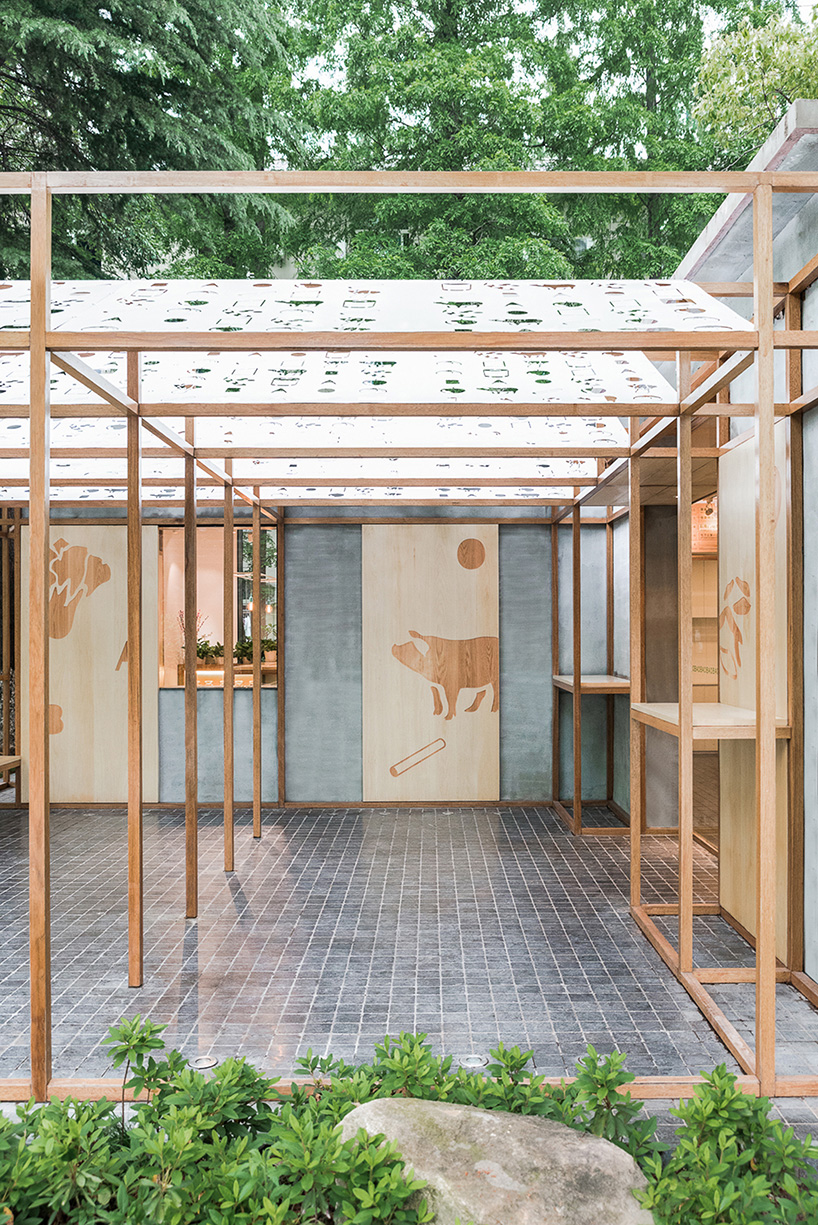 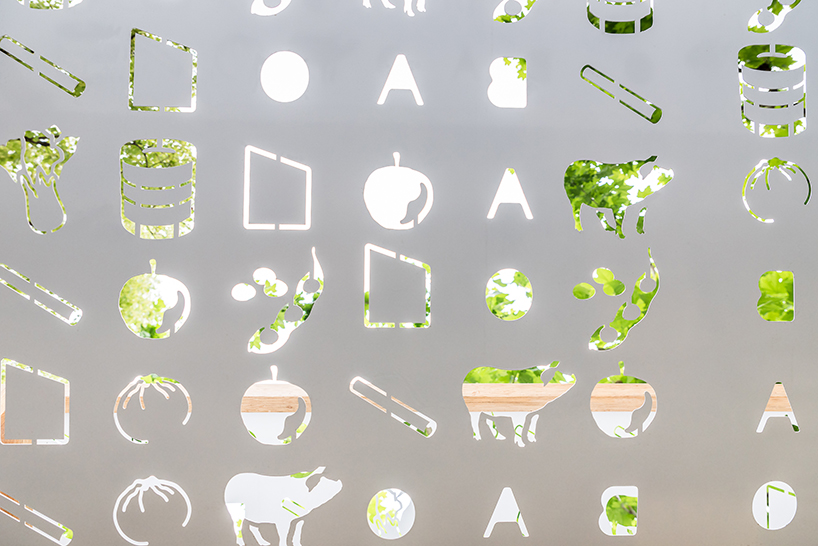 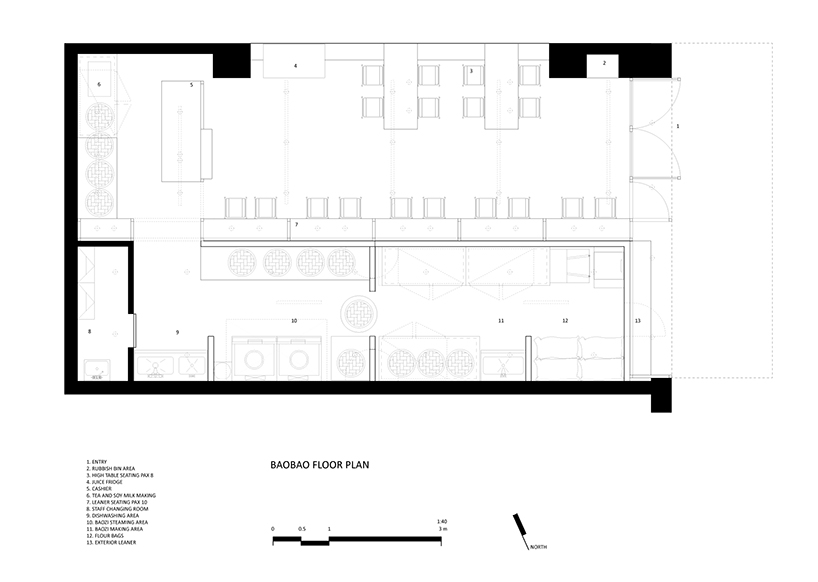 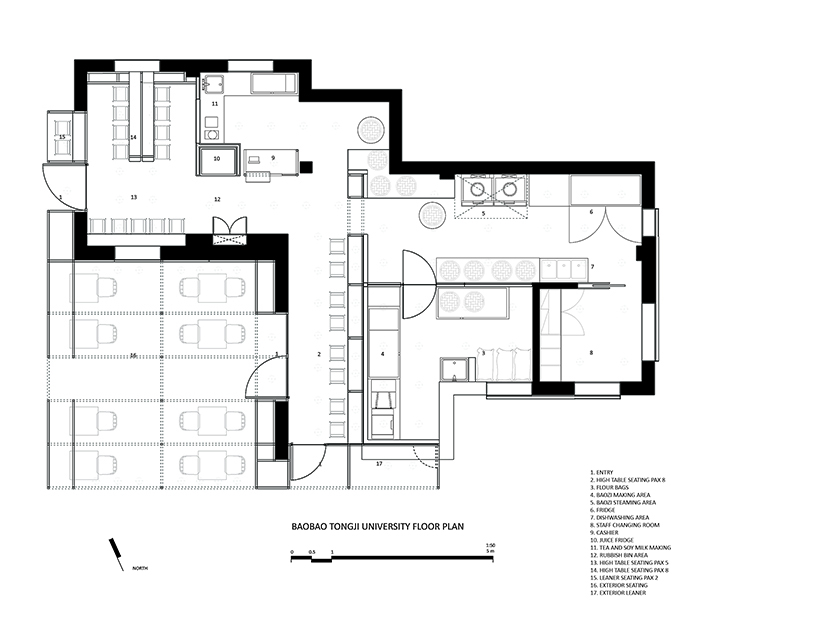 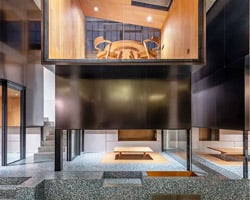 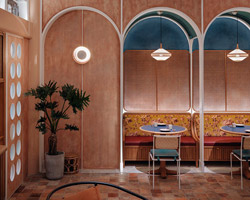 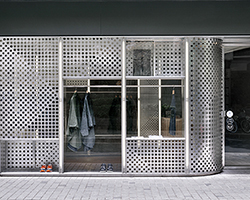 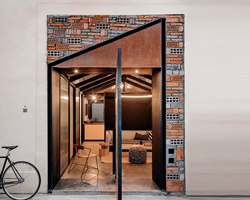