‘literalogue’ is a visual guide consisting of over 100 illustrated portraits of poets, authors and writers who have helped shaped the written word as we know it today. exploring 40 major movements, as well as several lesser ones, the five-century spanning project was created by london based architect and designer john o’sullivan. ‘literalogue’ features two products; a limited-run postcard box-set and a series of A3 size coated art posters. 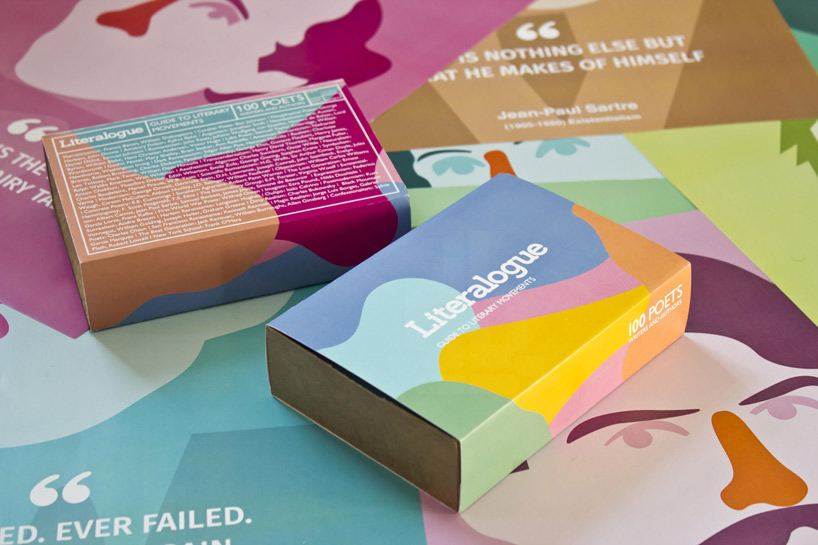 the front of each consists of a literary quote and a visualization of the featured’s literary movement — cleverly, and simply, disguised by a color coded system of noses. if you happen to be nosy for more details, a quick flip of the card will show a plethora of information including: key facts, must-read titles, and similar authors. they’re a useful tool that quickly allows readers to brush up and explore the archives of lit., using pre-existing personal tastes and preferences. 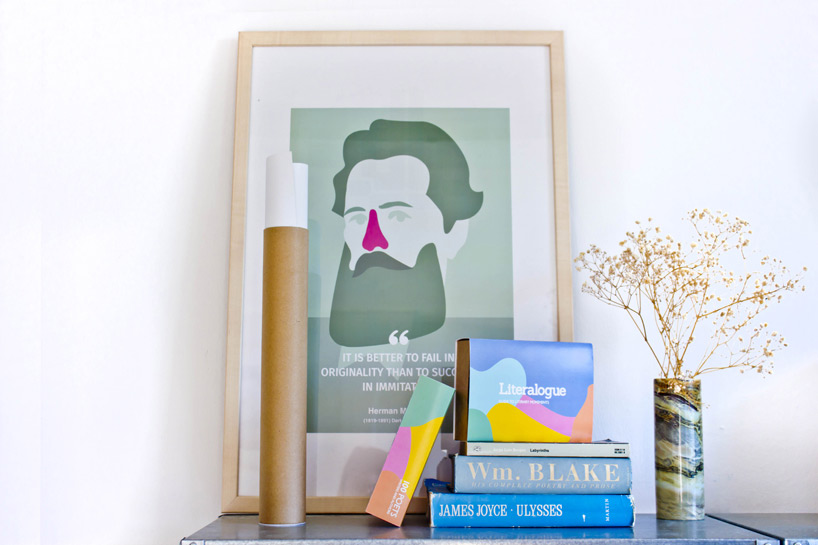 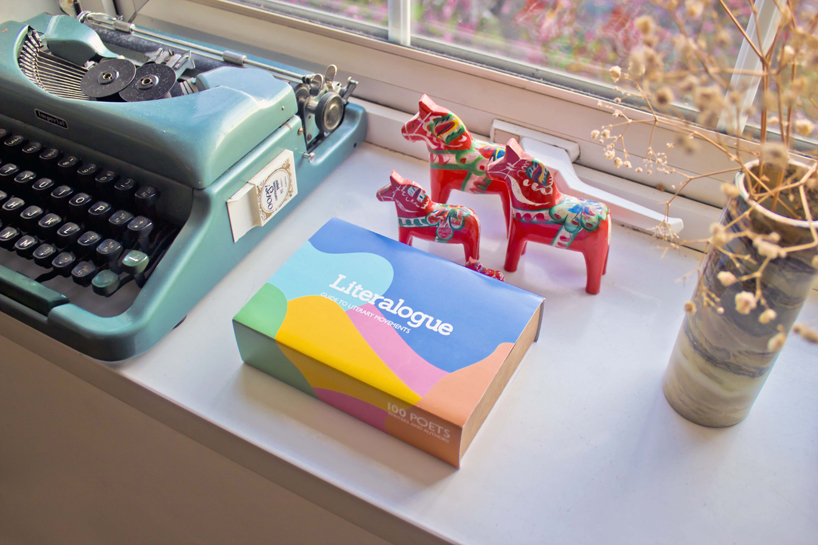 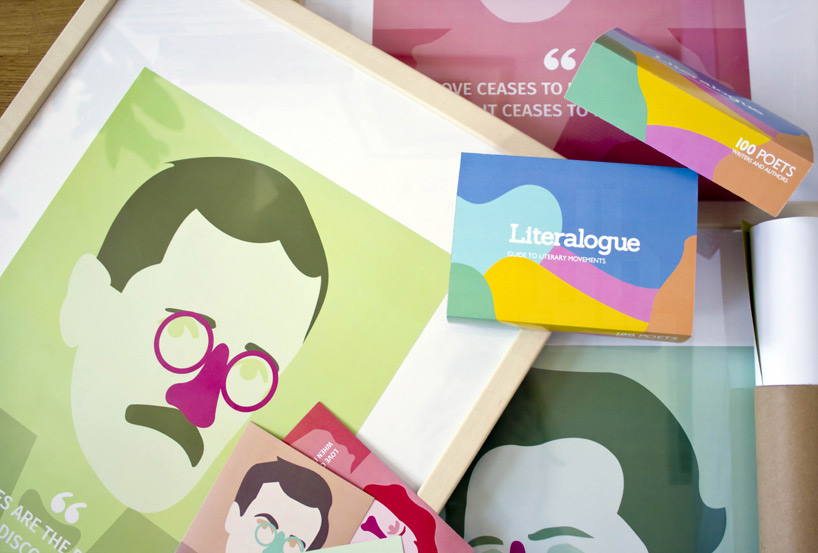 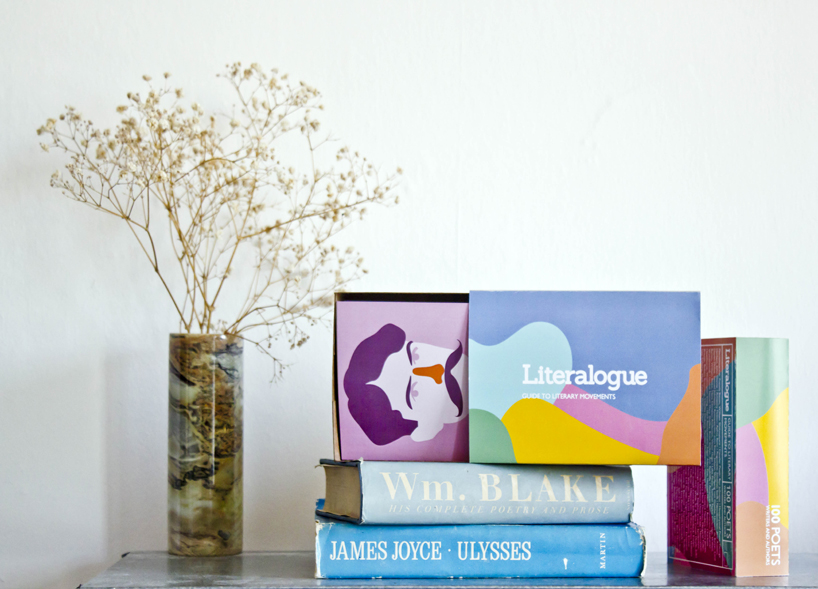 stephen crane and his signature mustache 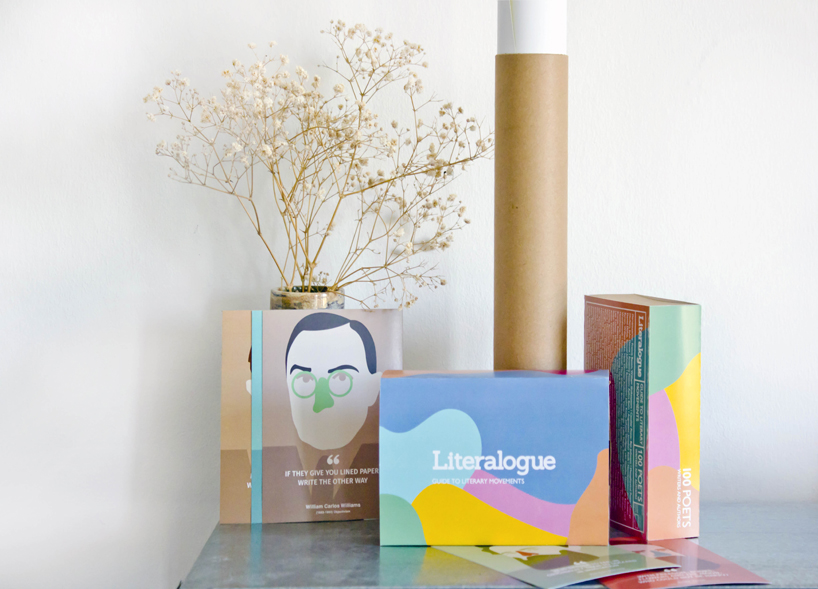 william carlos williams, ‘if they give you lined paper write the other way’ 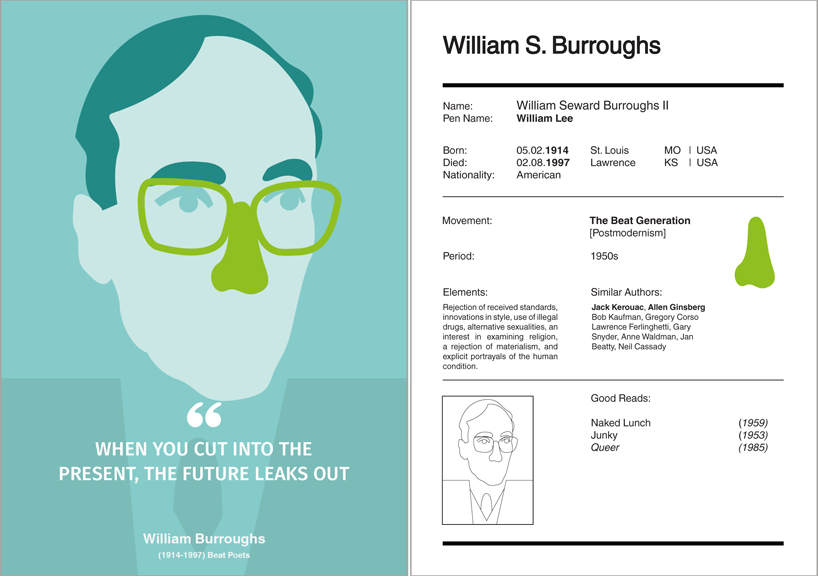 william burroughs, front and back 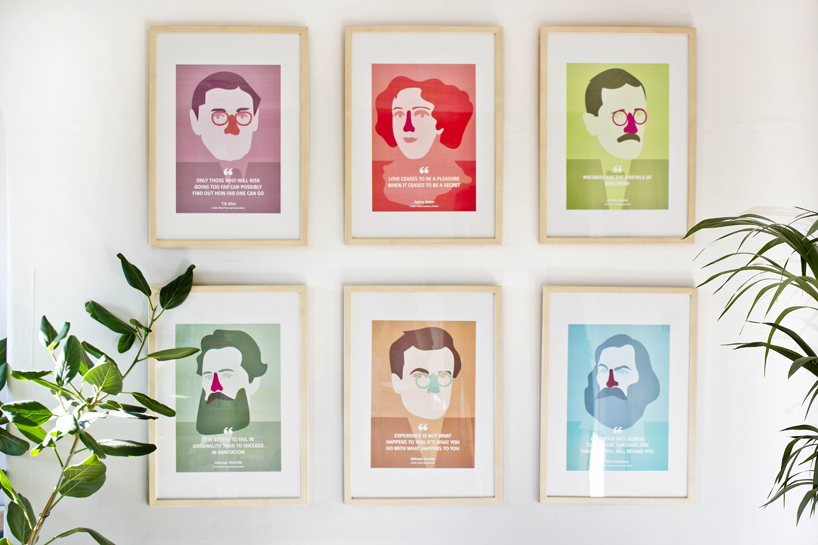 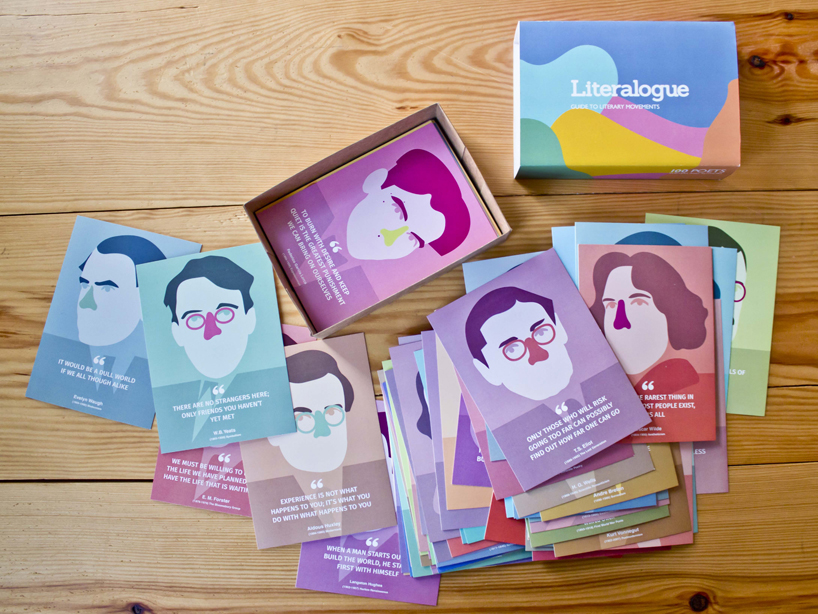 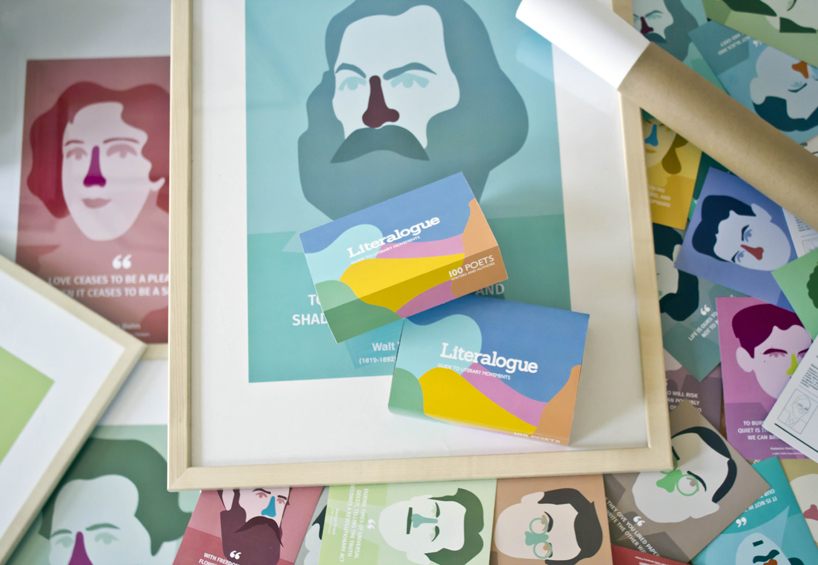 each poster comes wrapped in a solid cardboard tube 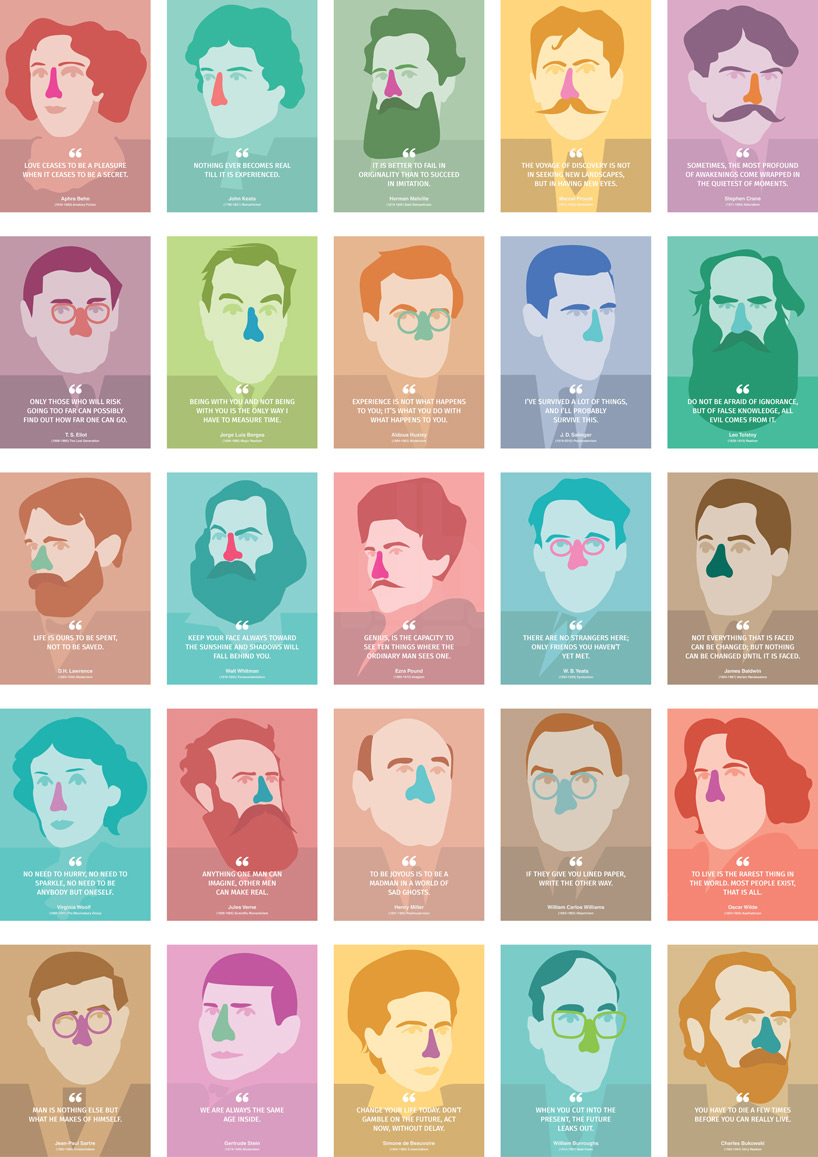