‘living language’ employs paenibacillus vortex bacteria to explore the interaction between nature and an organized culture. each petri dish models the form of a letter from the paleo-hebrew alphabet. the project was produced by ori elisar of the bezalel academy of arts and design. 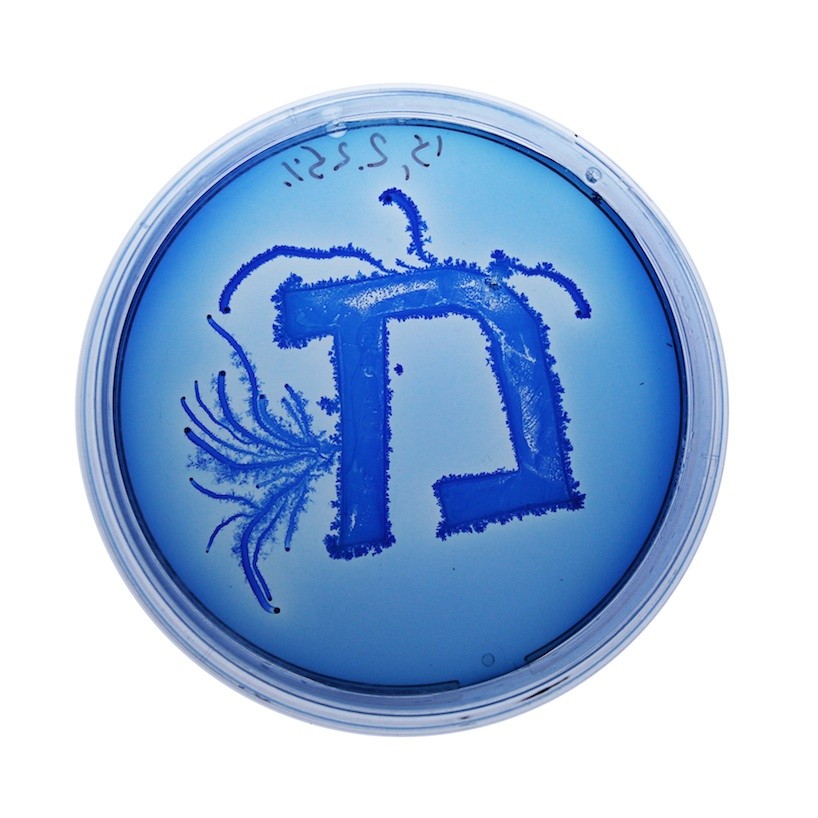 as the bacteria continues to grow, ‘mem’ takes on a more solid appearance while rogue bacteria breaks the perimeter 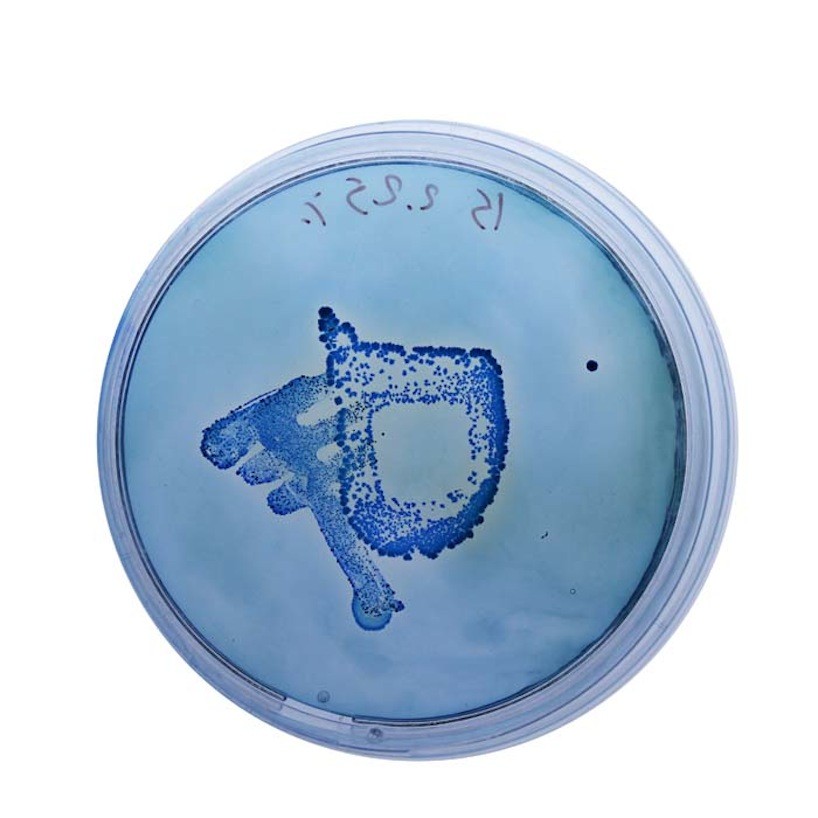 the beginning of the letter ‘samekh’, each culture takes on its own one of a kind form 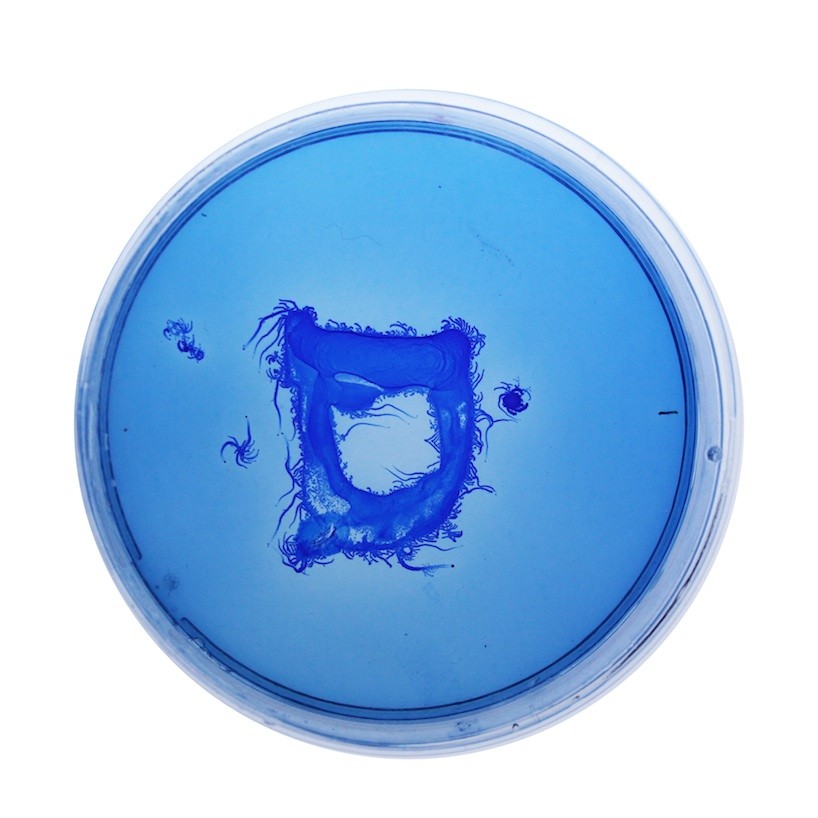 the final shape of ‘samekh’ with swirling arms of bacteria 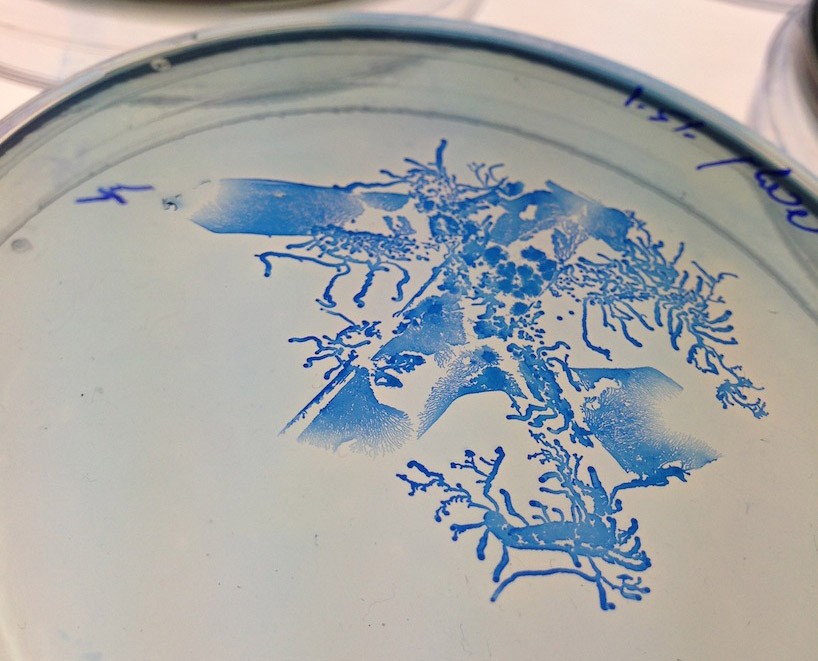