design 11k views
‘cardboard cafe’ image © designboom
b3 designers, british interior architectural consultants constructed a one off cardboard cafe, during the london design festival. the team converted their east london studio into a temporary bar, restaurant and retail design experience. imitating the look of bricks the installation was put together using numerous hot glue guns. for the opening night guests were served cocktails in cardboard cups and encouraged to wear cardboard clothing. 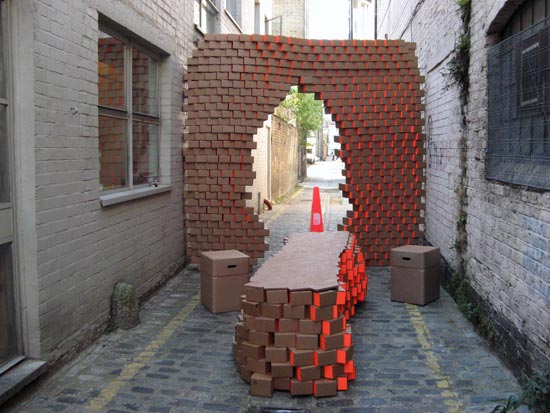 the table and seats all made from cardboard image © designboom 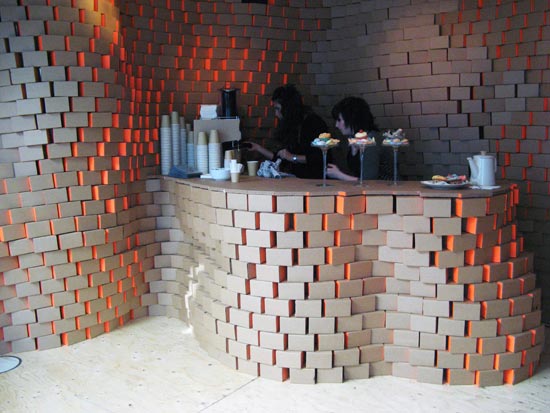 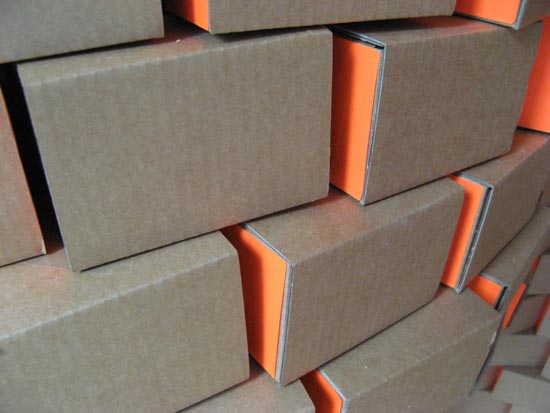 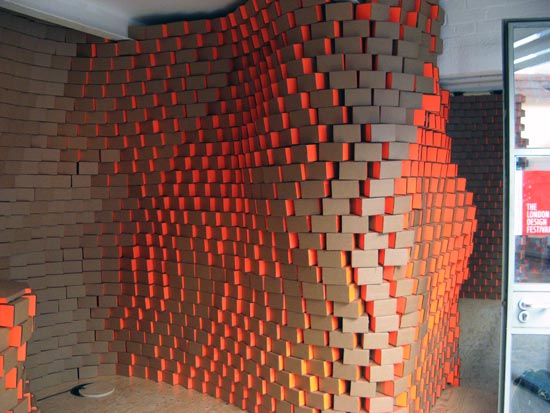 the wall that leads to b3 designers studio image © designboom 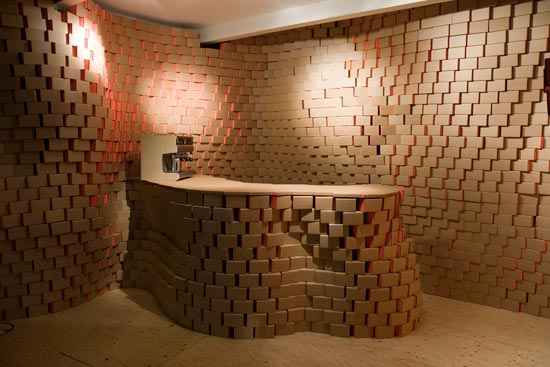 the bar at night 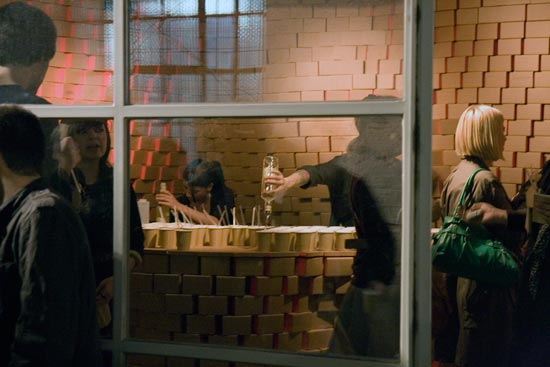