each year the size + matter project seeks to match leading architects and designers with a chosen material and then to push the boundaries of what that material can do. this year british architect david adjaye was selected to create an installation at the entrance of the royal festival hall. he created ‘sclera’ an oval shaped pavilion made from american tulipwood, in which visitors are able to walk inside and experience the raw qualities of the material. using a new treatment for american tulipwood, adjaye has highlighted the characteristics it has to offer, as it normally has a limited life span outdoors. the size + matter project aims to entice individuals to london’s developing south bank area and also holds a series of talks during the london design festival. ‘sclera’ will be on display until october 19, 2008 and will later be auctioned by phillips de pury and company. 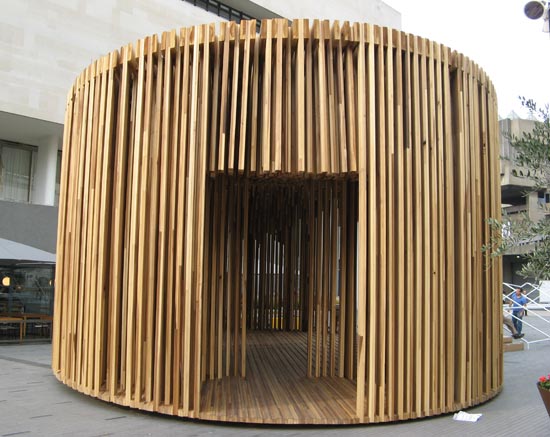 the entrance to the temporary structure image © designboom 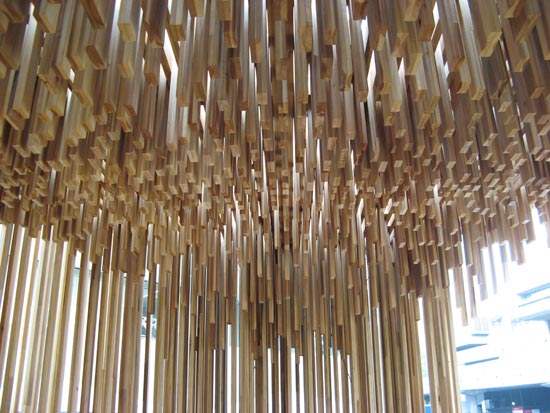 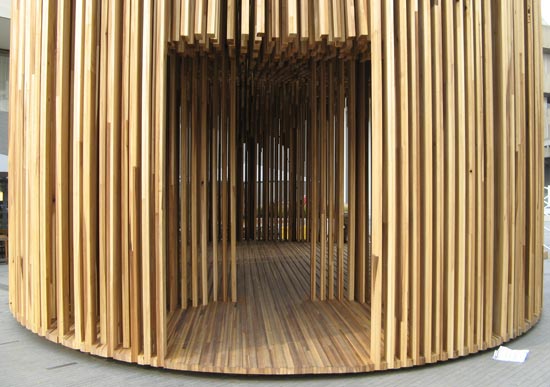 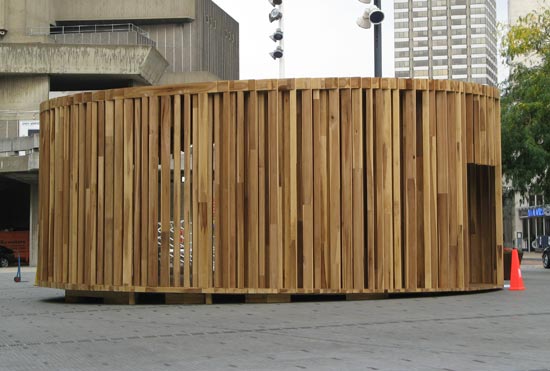 the pavilion is built on a series of planks image © designboom