the london design festival announces its 2014 landmark project is being realized in collaboration with the world’s largest community-driven hospitality company, airbnb. ‘a place called home’ brings together jasper morrison, patternity, raw edges and studio ilse to envision their own interpretation of home, within the british capital’s landmark trafalgar square. from their exteriors, each dwelling will take on a similar construction, but will be individually enhanced by their creators to hint at what is to be found on the interior – from a room which expands and contracts, to a home of a pigeon fancier. 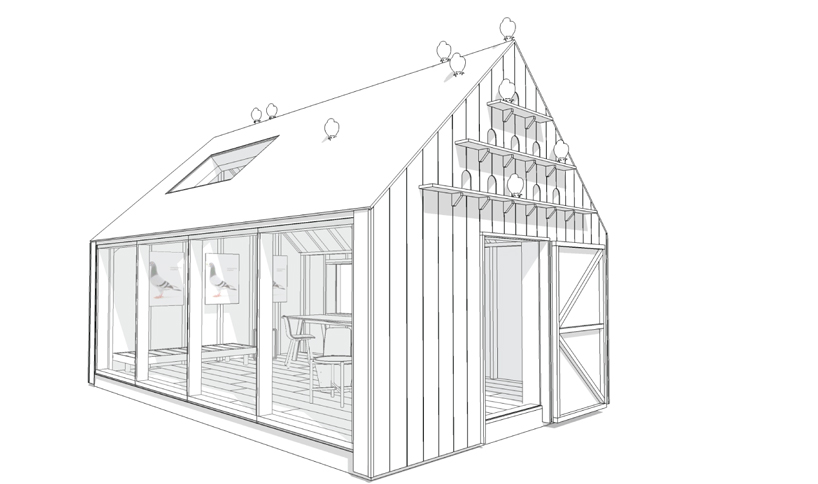 jasper morrison creates a home-based on that of a pigeon fancier’s house, ‘because who else would choose to live in the middle of trafalgar square? ’ he says. the british designer is using this fictional character to illustrate a vision of a simple and ordered interior that reflects the qualities of an individual dedicated to uncomplicated pleasures.

outfitted with morrison’s furniture, the pigeon fancier’s hobby paraphernelia is being exhibited throughout the interior with a number of curious objects, portraits of the bird, with dovecot mounting wrapping around the façade of the house. the small building will be complete with external perches and roosting boxes for the birds. 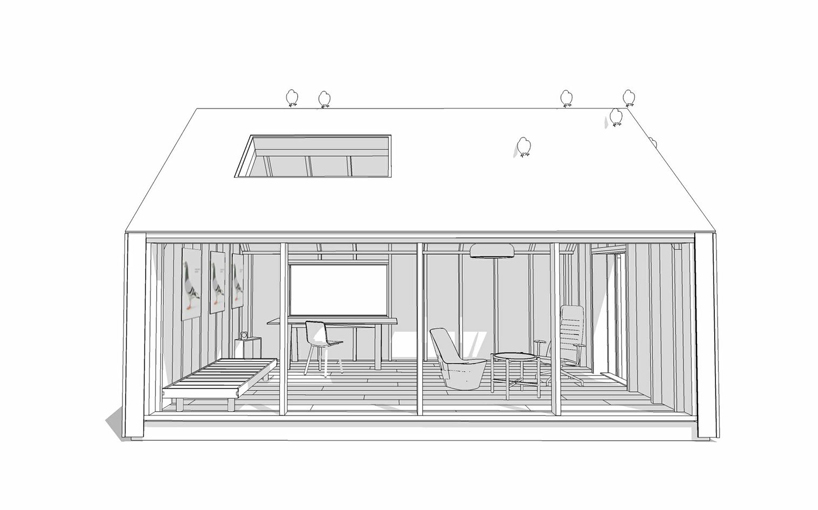 jasper morrison envisions a home for a pigeon fancier 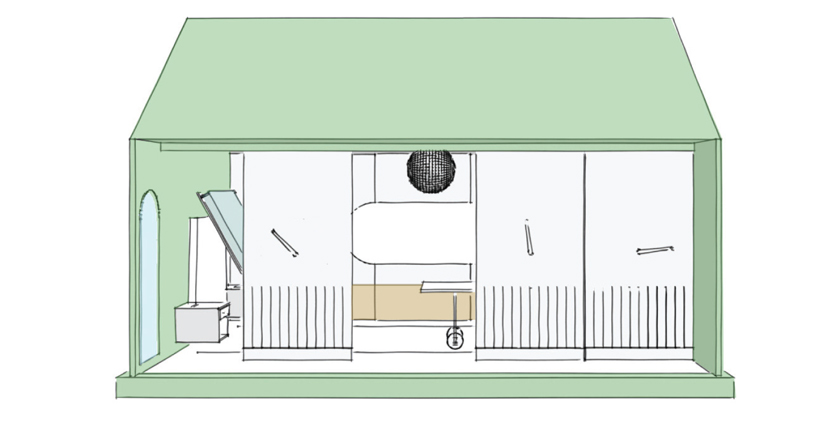 drawing on the idea of a movable archive system, raw edges develops an interior that one can transform into different rooms, depending on the inhabitant’s needs. three panels will act as the dividers within, each one equipped with a handle which opens up the rooms to reveal the internal areas: a bedroom, living room, kitchen and bathroom – when needed. the design exhibits how a bit of imagination, a confined space has the potential to be versatile and flexible.

the focal point is a central pendant light which defines the features of each room, while also standing as the sole light source. concertinas for the bed and lounge hammock fold away, as other zones are disclosed. adaptability is exhibited through a shower head that double functions as a shelf for the kitchen, as well as decorative elements like wallpaper and curtains transforming from one another to change the atmosphere within. 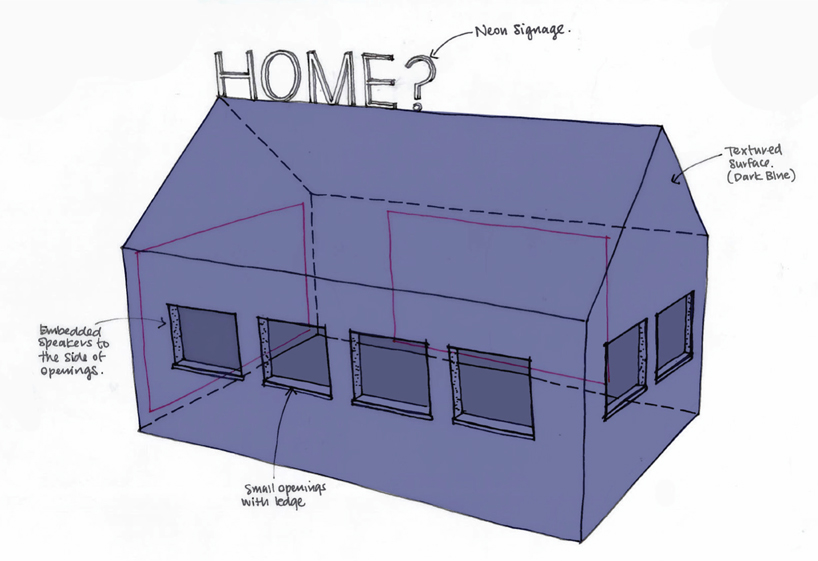 studio ilse challenges visitor’s to respond to the questions of what a home means to them. referencing daily rituals that are familiar to everyone, they have designed a space that elevates the mundane, yet comforting aspects of domestic life in a playful and poetic way.

in the background a soundtrack playing various noises from around the house, such as a kettle boiling, doors slamming and cutlery rattling, is played, while visitors’ have an olfactory experience with fragrances developed by azzi glasser to encompass scents from the home. two internal walls will show film projects of various household objects and rituals that take place throughout the day in all dwellings, spanning all cultures and social spectra. on the floor the house will be a question: ‘what does home mean to you?’ which visitors can respond to via a live twitter feed to share their ideas. 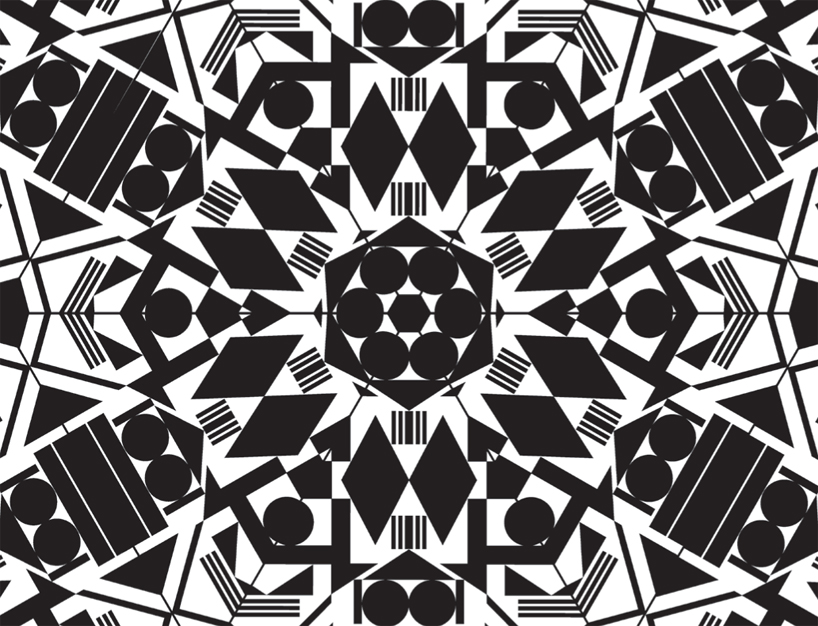 patternity uses motifs to engage visitors through a visually striking pattern to tell stories about the world around us. their notion of the home sees their interior occupied by a trio of giant telescopes which reflect the world through repeated pattern. intersecting the structure, each kaleidoscope uses the fundamental building blocks of life: circles, lines, triangles and squares to create an interactive installation which the public can peer into and play with.

Sep 30, 2022
living plant controls a machete through an industrial robot arm
the plant acts as the brain of the robot, determining how the machete swings, jabs, slices and interacts in space.
design
+41.2K shares
readers
connections: +520