the london design festival has announced the program of events, installations and exhibitions that will feature in various locations around the city from september 19-27, 2015. these site-specific works offer the imaginative capacity of the participating designers to a diverse audience.

amongst the creatives to introduce their installations to london are british architect david adjaye, austrian design team mischer’traxler, bristish artist alex chinneck and mexican architect frida escobedo, who realize everything from a towering upside down pylon to an immersive installation at somerset house. 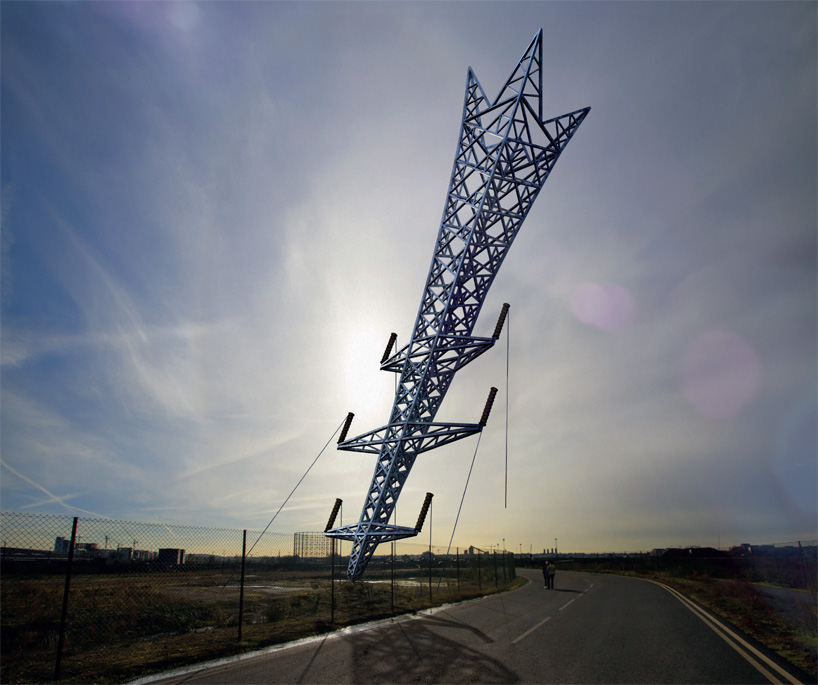 alex chinneck: a bullet from a shooting star

chinneck — best known for reimagining everyday structures into the extraordinary — will realize ‘a bullet from a shooting star’, which takes the form of a regular electricity pylon. however, given the structural feat it executes, the design is far from conventional. referencing the industrial history of greenwich peninsula where it stands, chinneck will create a 35-metre high latticed structure of steel that looks like an upside down pylon, leaning at a precarious angle as though shot down into the earth. 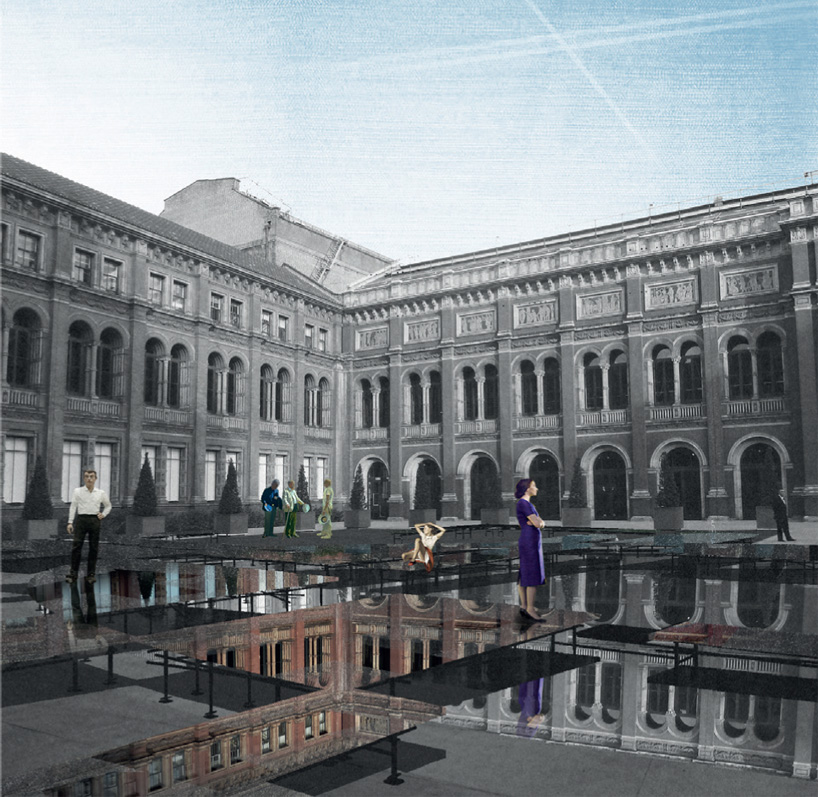 the mexican pavilion: you know you cannot see yourself so well as by reflection by frida escobedo

frida escobedo will create a pavilion entitled ‘you know you cannot see yourself so well as by reflection’ that draws reference from tenochtitlán — the aztec city that was built on a lake. sourcing the multicultural influences that coexist in contemporary mexico, the pavilion will be a flexible space made up of layers of reflective surfaces that can be moved and adapted to accommodate a wide variety of activities. 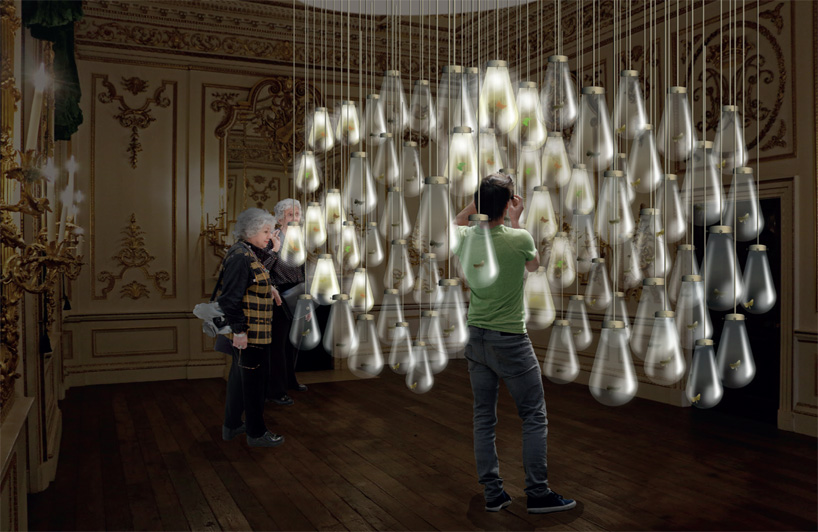 mischer’traxler capture the essence of champagne house perrier-jouët with ‘curiosity cloud’, an interactive installation comprising 250 mouth-blown glass globes hanging within the victoria and albert museum’s norfolk house music room. as an exploration into the transience of nature and the art nouveau movement, each globe will shelter a hand fabricated insect. from a distance shimmers of lights emit a glow and, as visitors approach the globes, more insects react, enclosing the audience in a sensuous atmosphere. 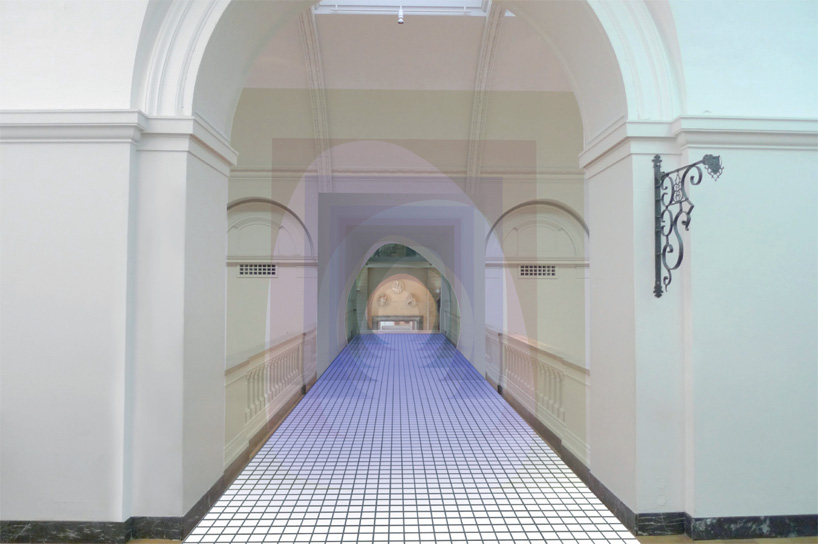 designers matteo fogale and laetitia de allegri join forces with johnson tiles to create a colorful installation on the bridge over the medieval and renaissance galleries. the designers will create a landscape of shapes. the overlapping of semi-transparent hues will create a void and feeling of depth, while the arrangement of the tiles on the floor will represent the grid and perspective lines on a drawing.

‘the ogham wall’ by grafton architects for irish design 2015

the V&A will host a major exhibition in collaboration with irish design 2015. grafton architects, in conjunction with graphic relief, will realize ‘the ogham wall’, an installation which draws reference from the irish ogham alphabet, dating from the 4th century AD. the work translates this ancient language into an architectural setting made of three meter high cast concrete ‘fins’, which stand within the tapestry gallery. each of the 20 letters represent the name of a sacred tree, where the individual pattern of the bark is etched onto the surface treatment of the concrete.