london’s iconic tube map has been reimagined in homage to black britons and their rich and varied contribution to the UK. announced on october 13th 2021 by london mayor sadiq khan, the project marks the first ever black history tube map. the 272 underground stations have all been renamed to celebrate great black britons across history: from the first known black, female individual to serve in the royal navy to london transport’s first black motorbus driver.

the black history tube map was created by transport for london (TfL) in collaboration with the black cultural archives and celebrates the UK’s black history month. 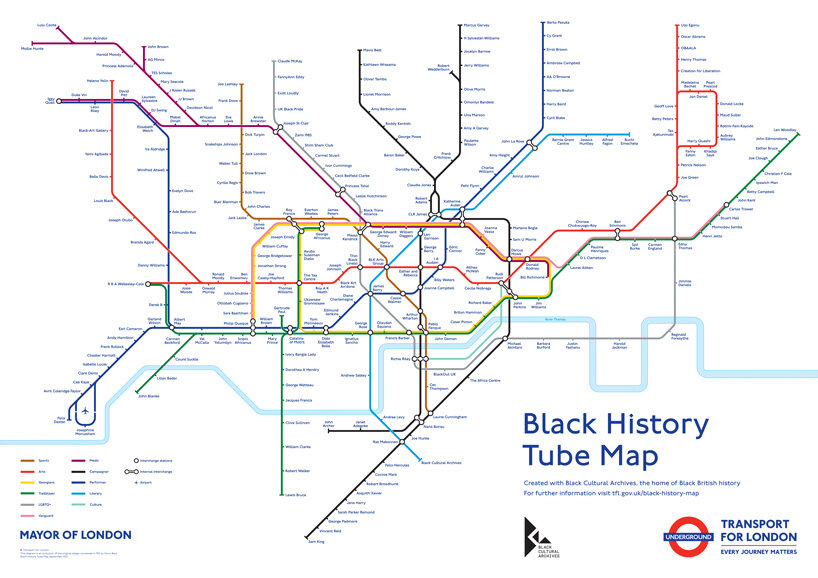 ‘the map’s about learning more and having fun’

each of the 11 underground lines follows a theme: sports, arts, georgians, trailblazer, LGBTQ+, vanguard, medic, campaigner, performer, literary, culture. for example, the bakerloo line focuses on sports and includes names such as pablo fanque, born william darby, who was a british equestrian performer, tightrope walker, acrobat and the first black british circus owner. and the piccadilly line is now the performer line, featuring the likes of evelyn dove who made history in 1939 as the first black singer to feature on BBC radio.

‘here’s a way of getting into black history without googling and finding out about police brutality, or violence, or gangs’, says arike oke from the black cultural archives. ‘each of the lines is themed so if you wanted to have a chat with your teachers, or your friends at school, or your parents or guardians, you could say, ‘let’s find out about medics in black history’ and you’ll have a look down the metropolitan line. or ‘let’s have a look at artists’ and you’ll have a look down the central line.’

‘the map’s about learning more and having fun’, concludes oke. discover more amazing stories of great black britons on the TfL website here. 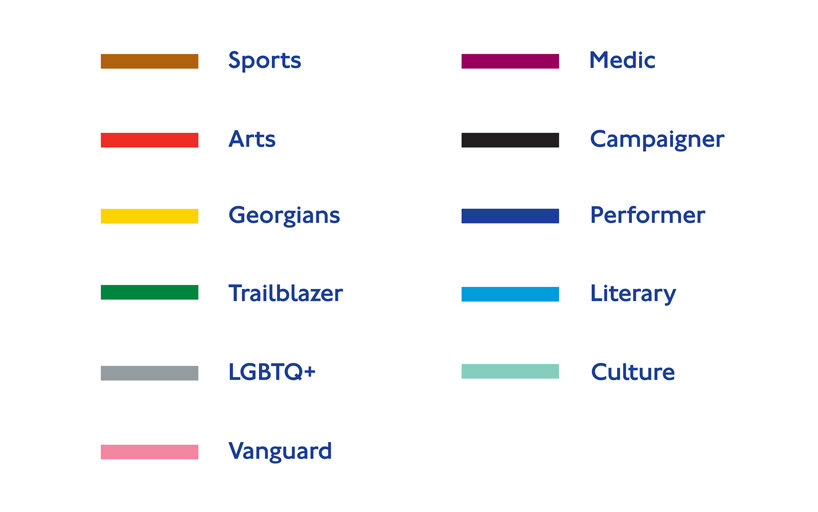 each of the 11 underground lines is themed