danish/english designer louise campbell has developed ‘LC shutters’ for UK-based lighting company louis poulsen.
the pendant is meant to be simple and modern not only in its aesthetic but also in the manufacturing process.
production has been cut down to three steps: turning the shade, stamping the pattern, and painting.
for the cutting of the pattern onto the lamp shade, a new tool was developed which can stamp with millimeter-precision
along on a curved surface.
for light quality, the product is glare-free since the bulb is protected by a diffuser.
this shields any direct light from the viewer while also eliminating any harsh shadows. 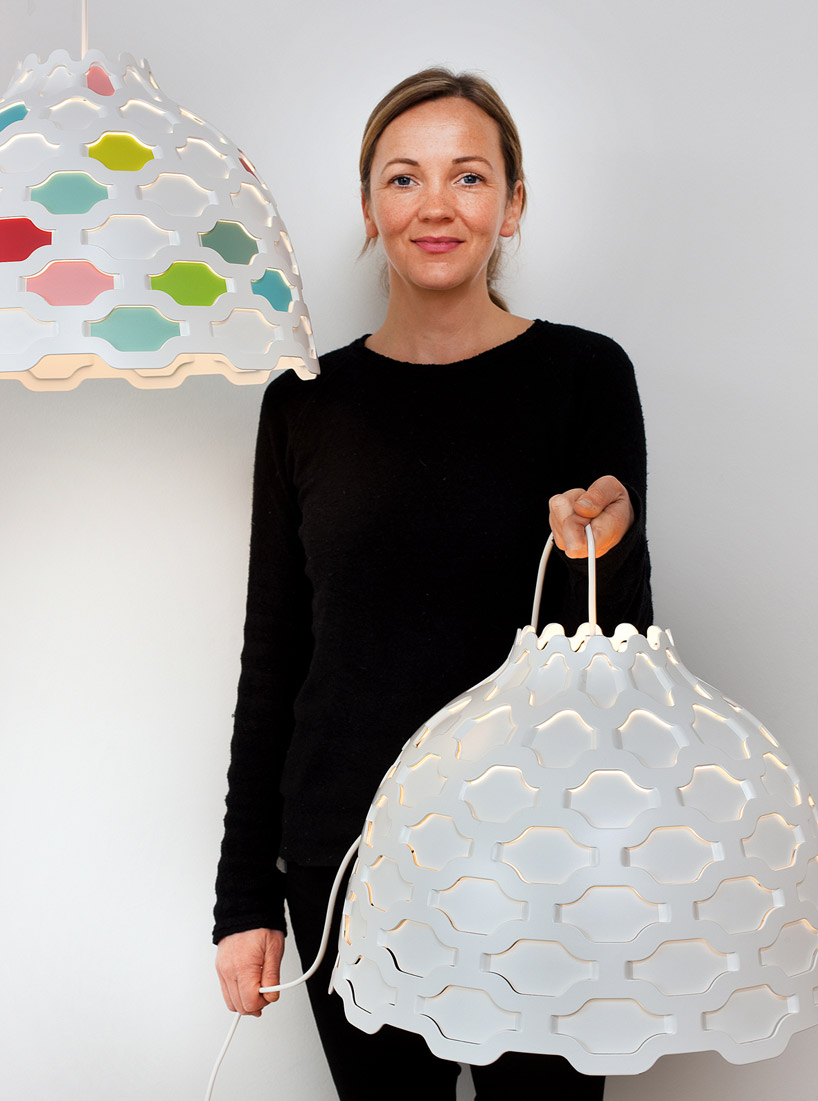 portrait of designer louise campbell with the pendants 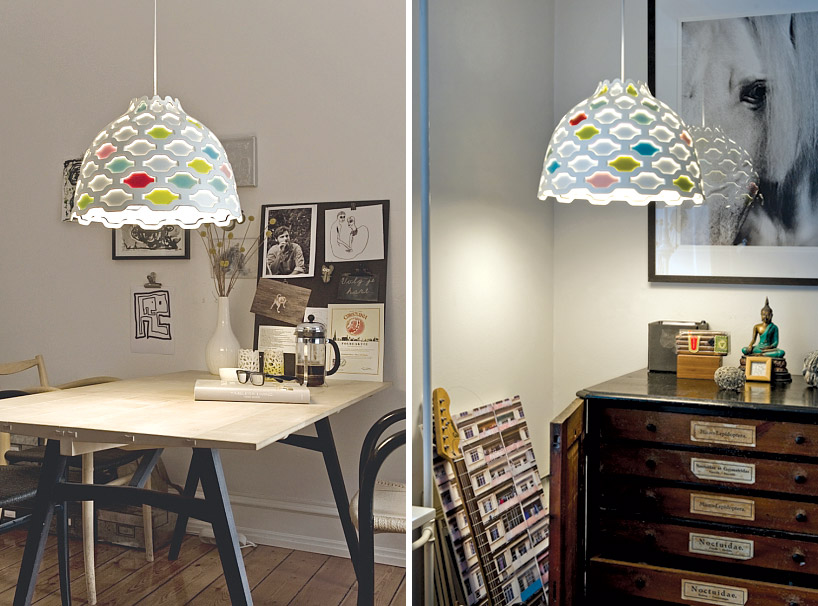 the lamp shown in different environments 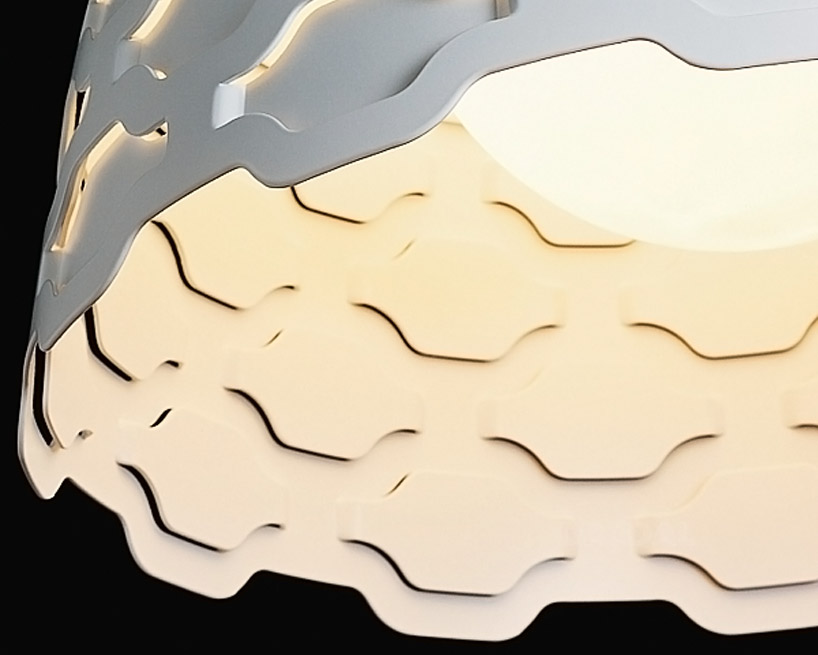