international advertising agency lowe + partners‘ singapore branch has released their advertising campaign for association of women for action and research (AWARE). shot by photographer sebastian siah, the severe images shows a woman as she is being hit.  the following motion portrays her in an array of positions as she is absorbing the attack. however, in every depiction, she is at a different stage of life, until she is an old woman, still the victim of abuse. the photographs are accompanied by the blunt text ‘if it happens once, it can happen again’. 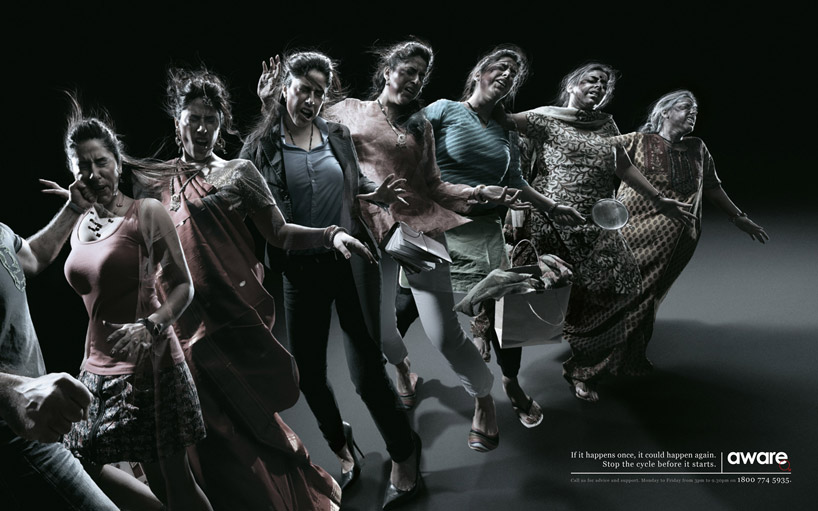 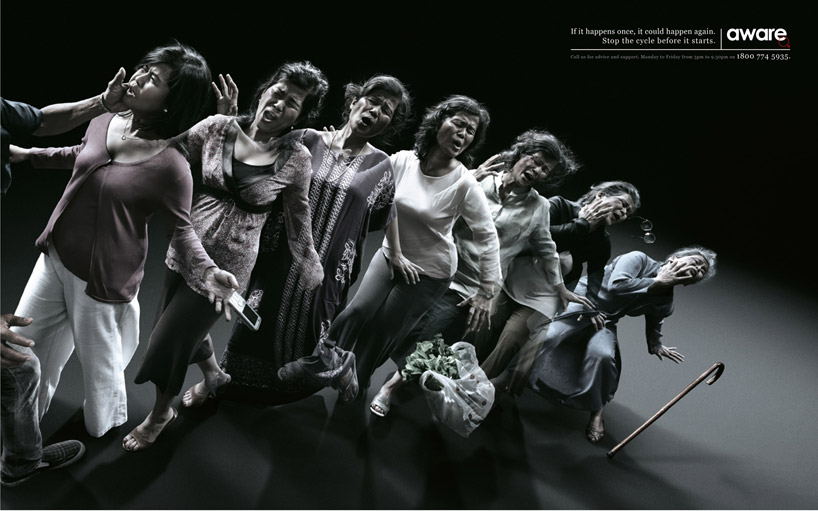 via: adsoftheworld via: campaign brief asia