specializing in creating bespoke and distinctive climbing structures, luckey climbers have explored and taken playgrounds to a unique level in order to capture the imagination and wonder of children around the world. with commissioned projects located in singapore and switzerland, each scheme works with height and is supported by a netting system; this allows the children to clamber up, while visually exploring their surrounding landscape. 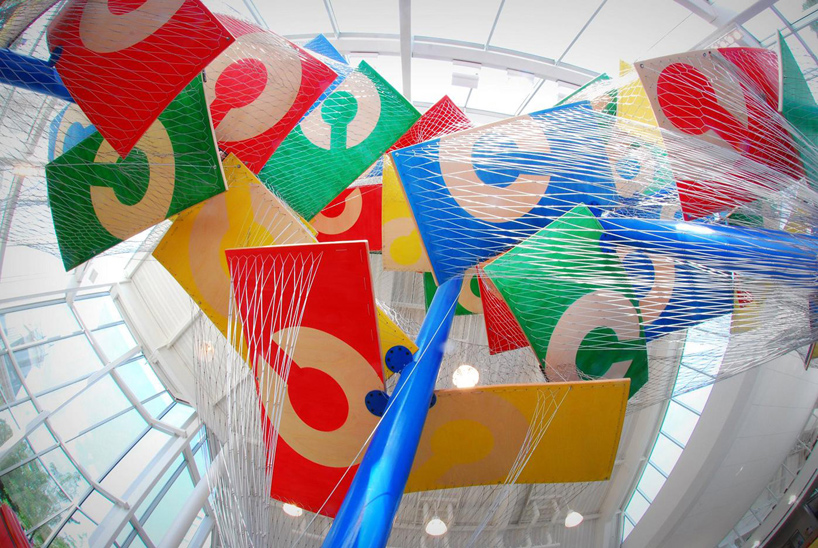 sited inside columbus commons, the indoor public park was adopted to accommodate a broader age range. a mesh lining supports the seemingly floating, colored platforms which mimic paper being thrown in the air. rising at a height of 42 feet, the children follow and climb the steps painted with a ‘c’ motif to reach the peak 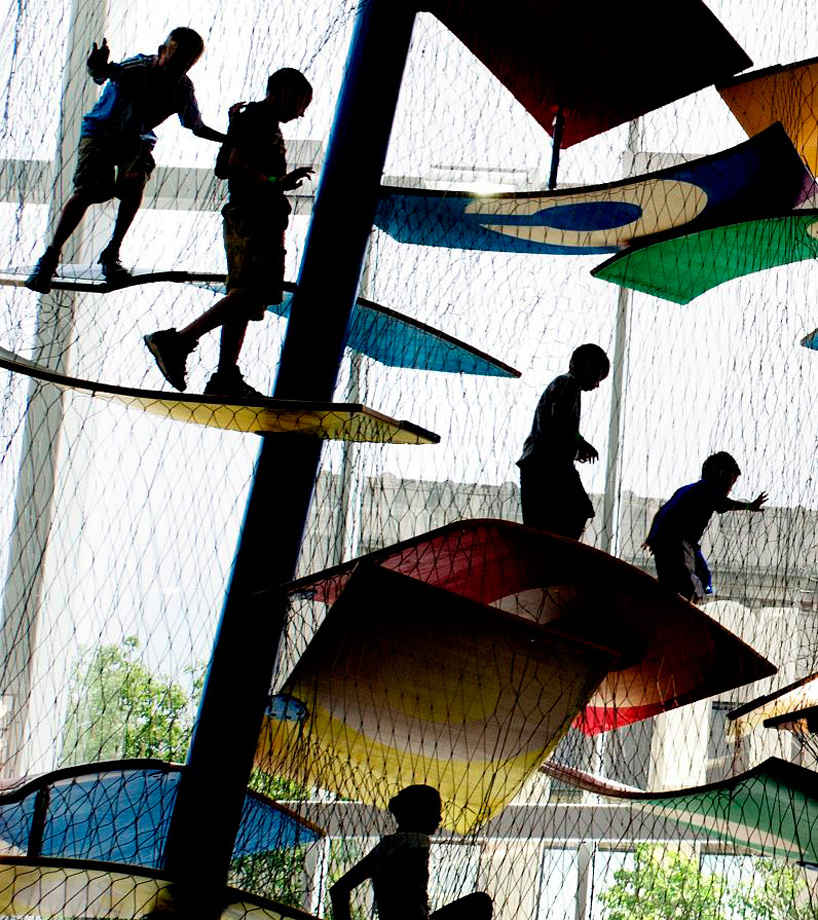 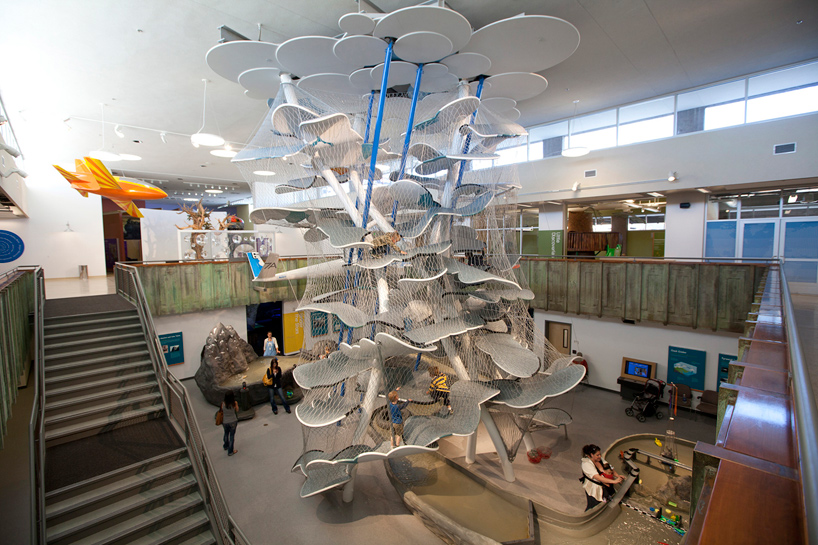 while actively engaging the children is an important element with each structure, the ‘cloud climber’ is a jungle gym which simultaneously enables kids to learn about the environment. based inside the nevada discovery museum, the frame stretches to the highest floors of the museum. the ‘cloud climber’ depicts an integral phase of the water cycle; underneath there is a water feature that represents the truckee river with the added element of the water evaporating, condensing, thus simulating rainfall. 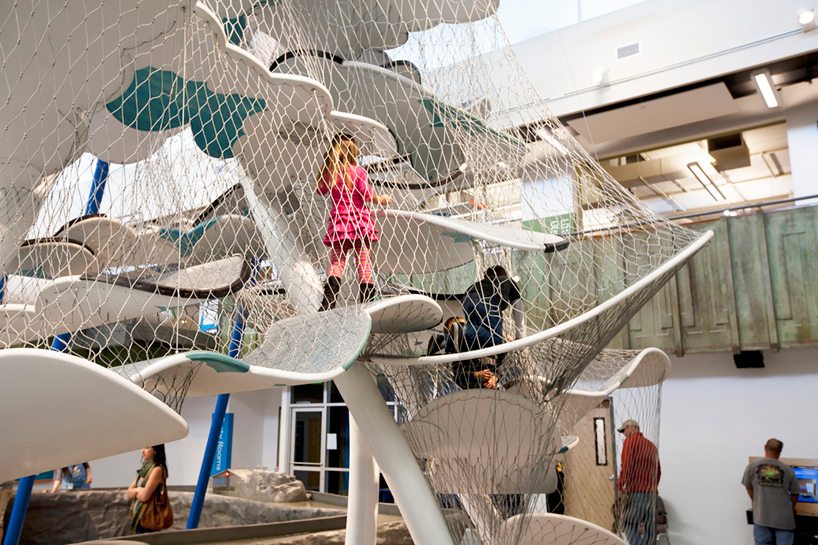 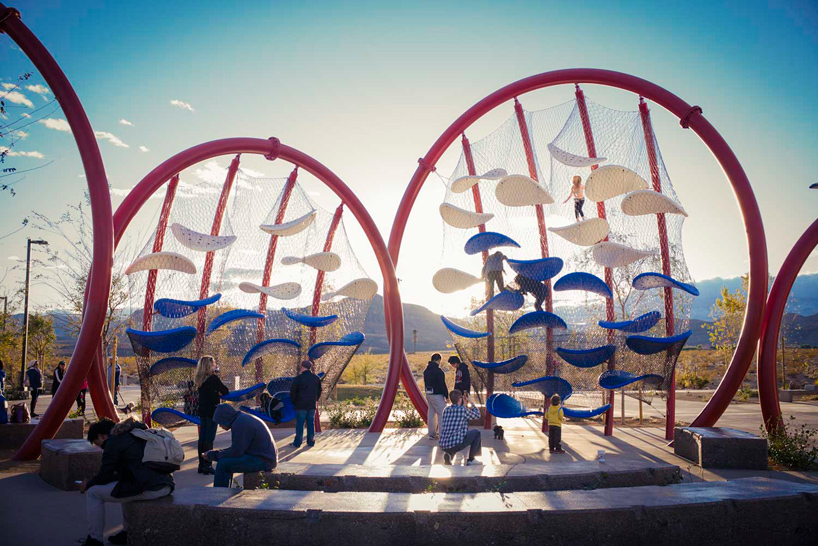 the hoops are based in the outskirts of las vegas

‘mountains edge’ based at the edge of las vegas is composed of four red hoops with the rocky scenery as its backdrop. featuring two scallop-backed inner rings are rotated inwards to embrace a defined outdoor room ringed with seating, while the two outer rings, which lack platforms, frame the site and stand like triumphal arches over paved paths into the park lands beyond. 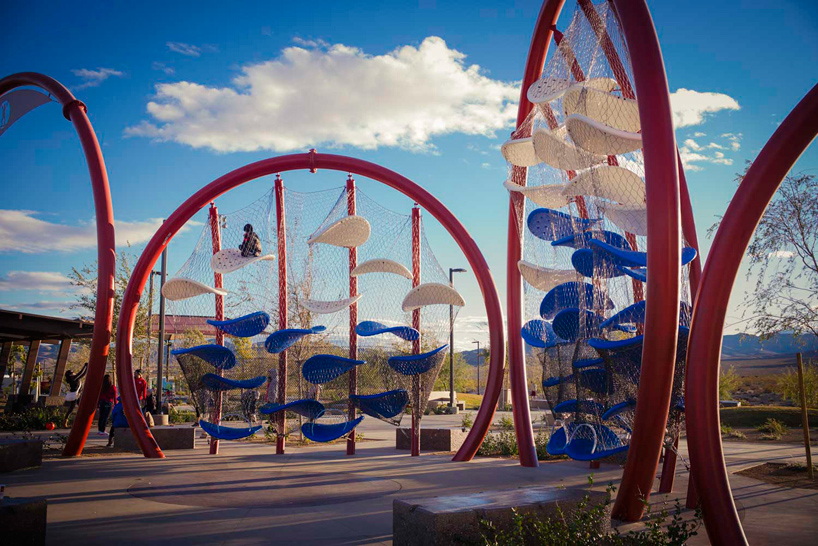 the platforms are shaped as hyperbolic paraboloids 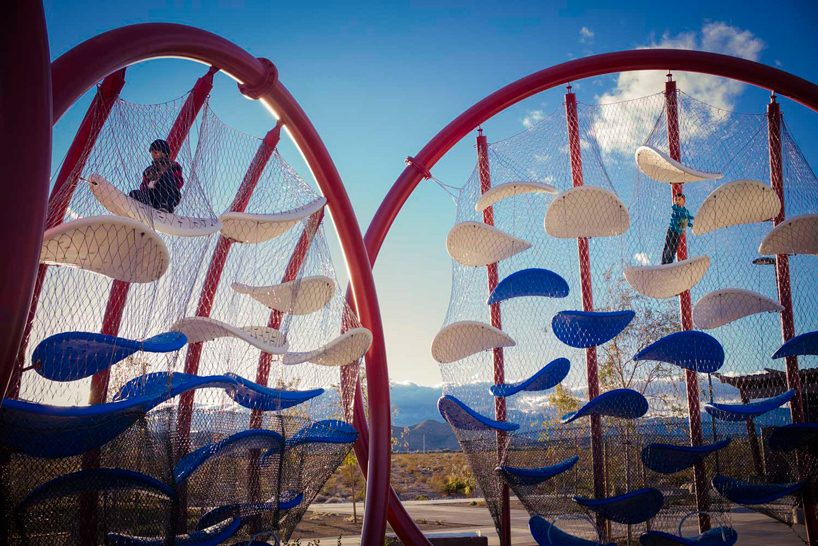 composed of four hoops, it abstracts the mountains beyond and references the rich colors of the american west