low, long, and aerodynamic; three requirements of any drag bike, all of which can be found neatly and uniquely packed into the ‘sprintbeemer’ by lucky cat garage. sitting at the base of the french team’s design is a modified BMW R50/2 chassis, powered by BMW’s R100RS flat twin engine. the motor was tuned to perfection by edelweiss motorsport, and for just a bit more ummph on the track, a nitrous oxide injection system was integrated. 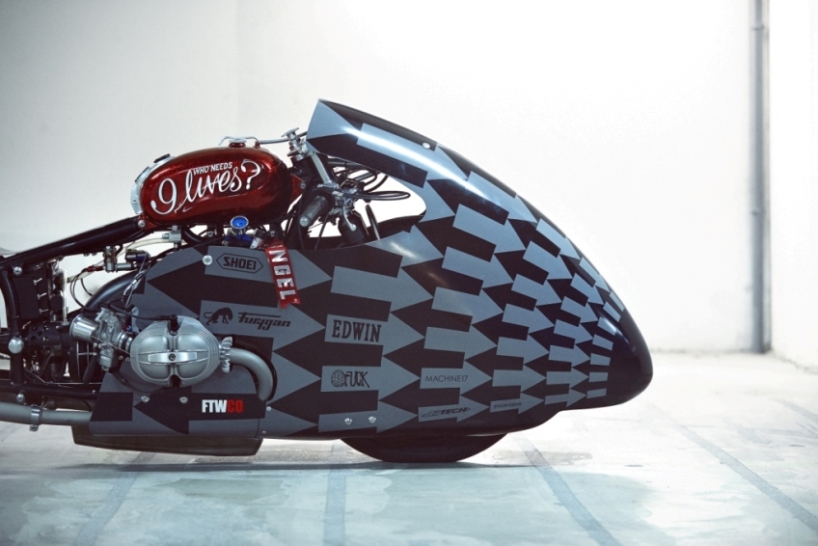 to give the bike a proper racing stance, lucky cat got rid of the original fork, opting instead for a shortened version from a R75/5. the swingarm is from a R100/7 and is connected with rigid rear suspension. on the back, is a vintage M&H dragmaster tyre on an 18” morad rear wheel. to complete the slim profile, they topped the bike with an unbranded moped tank, a hand-made aluminum seat pan, and an aerodynamic airtech dustbin fairing. 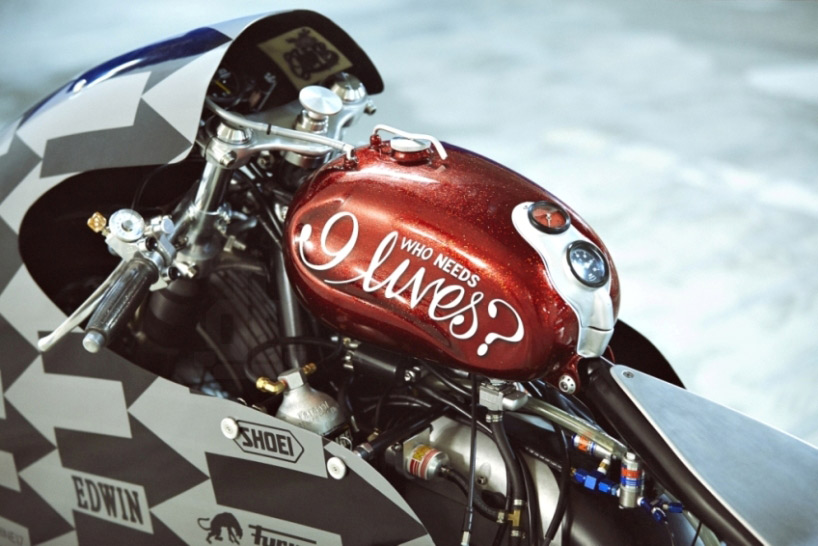 the front fairing pain scheme was done by benny robinson (aka machine17), art director at EDWIN europe. it’s adorned with a reversible arrow pattern — to throw off the competition — and contrasts with the tank’s pop of candy red. on the side reads lucky cat’s logo, ‘who needs 9 lives?’ part of the project also involved the rider’s suit, which features a similar arrowed pattern by biking apparel brand furygan. 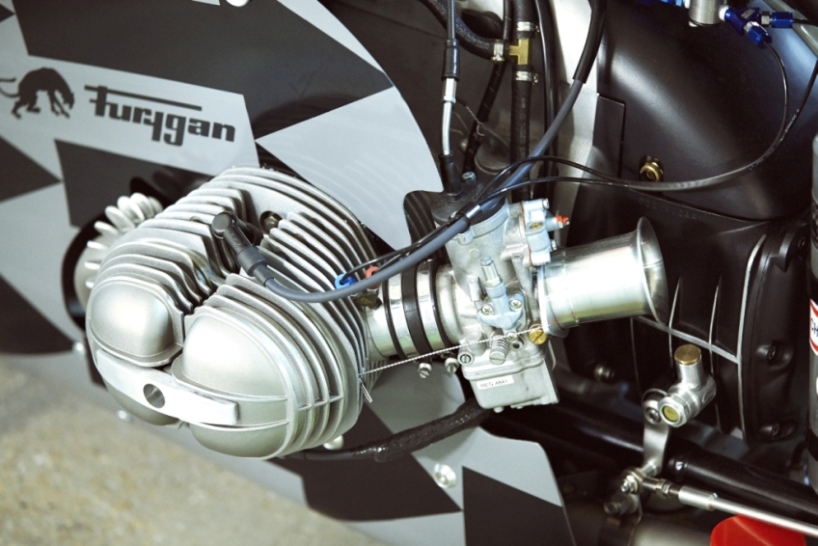 ‘sprintbeemer’ wasn’t just made to look nice. last year it placed second in the retro mod class at the AMD world custom bike championship, and is built to run 1/8 and 1/4 mile sprints. 2015 has an exciting lineup for the bike, which hopes to take gold at the upcoming wheels & waves and café racer festival in france, and later, will head to germany for the BMW boxer sprint and the glemseck 101. 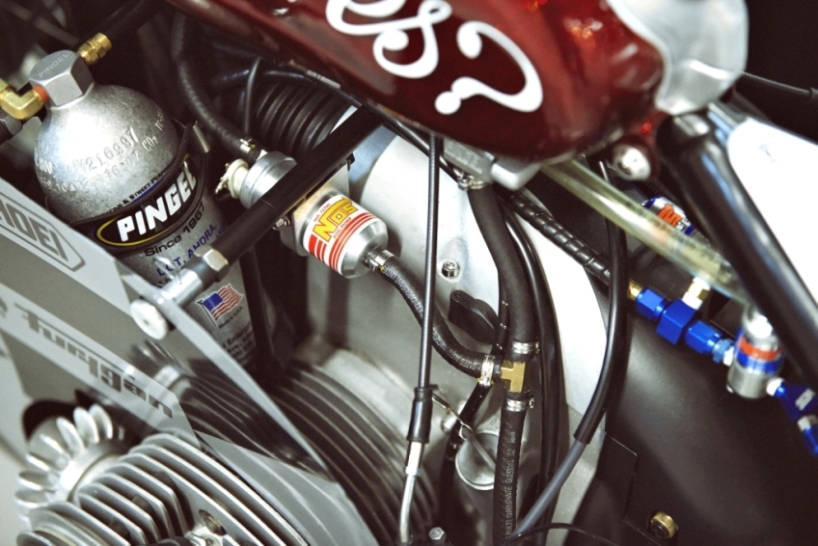 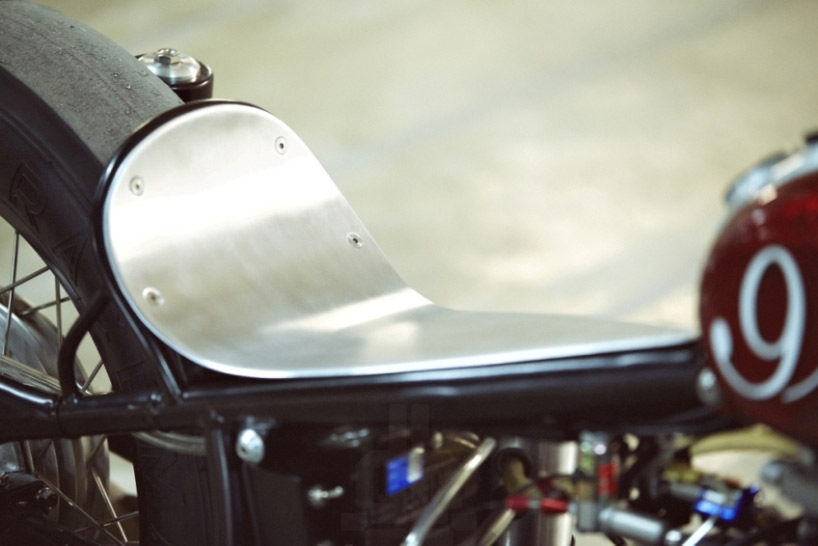 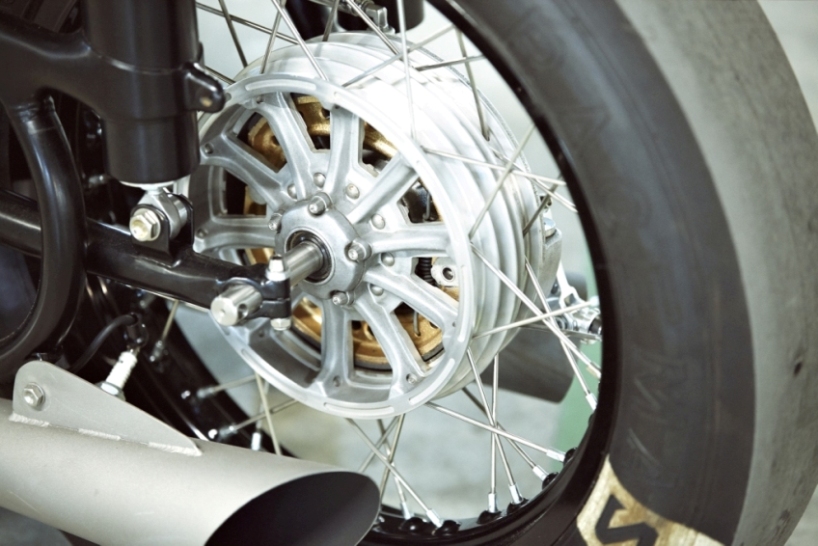 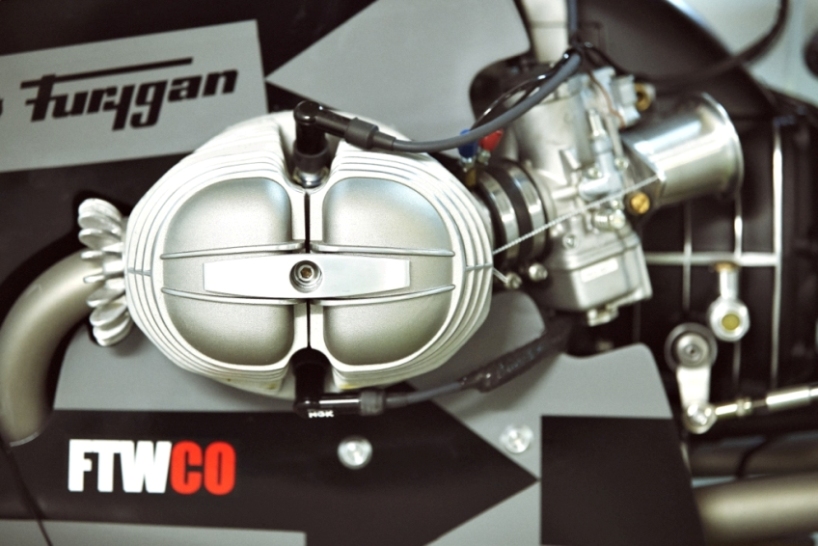 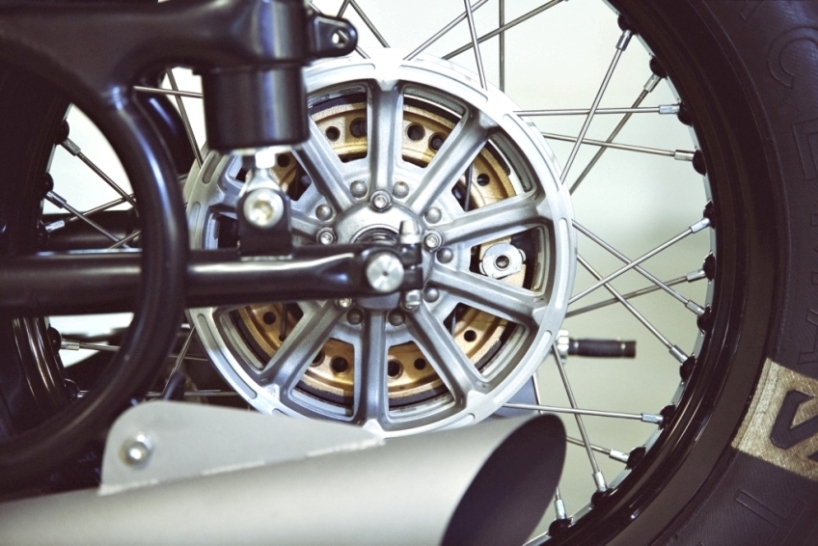 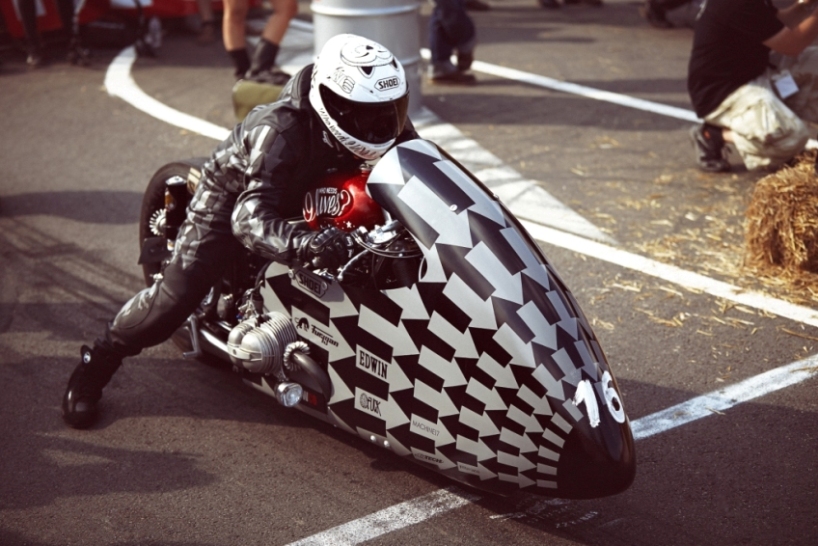 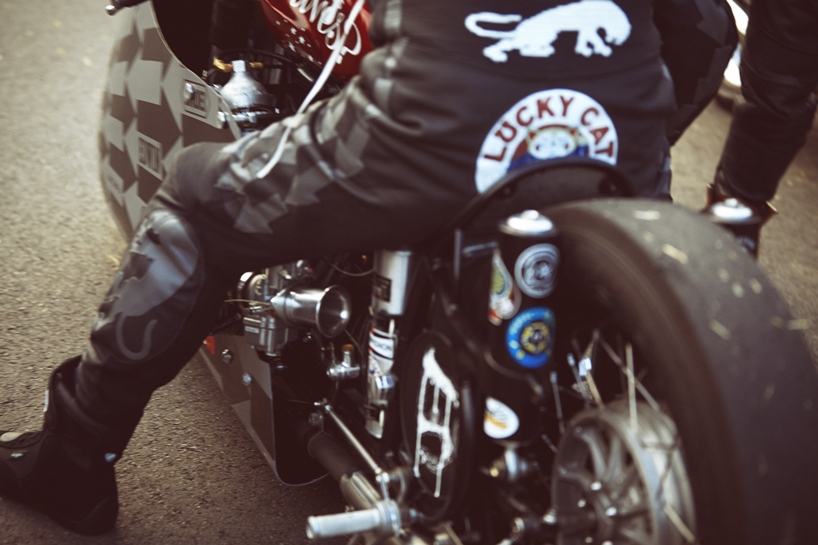 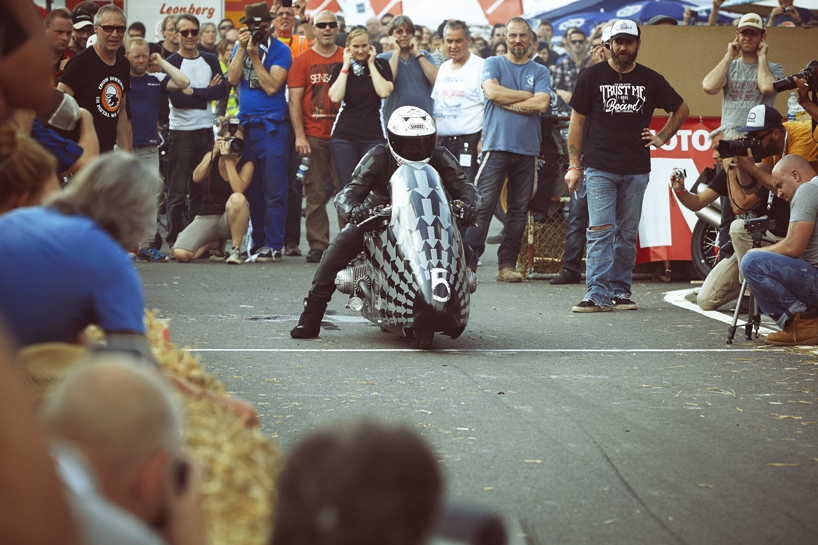 Jun 01, 2021
naturally cooled 'groundfridge' is a sustainable alternative to refrigerated cellars
'groundfridge' requires no electricity, as utilizes the insulating capacity of the ground and the cooler night air temperatures.
design
565 shares
connections: 64