tel-aviv-based designer and professor luka or combines paper and brass to artificially re-create the delicate cyclamen flower in his ongoing ‘botanica’ series. the collection represents efforts by or to effectively represent the fragile essence of natural life via a range of industrial materials, textures, and colors. not seeking to merely imitate life, ‘botanica’ hopes to prompt discussion and bring attention to the constantly changing relationship between humans and the organic world. ‘botanica’ is on show as part of the XXI triennale international design exhibition: 21st century. design after design until september 12th, 2016. 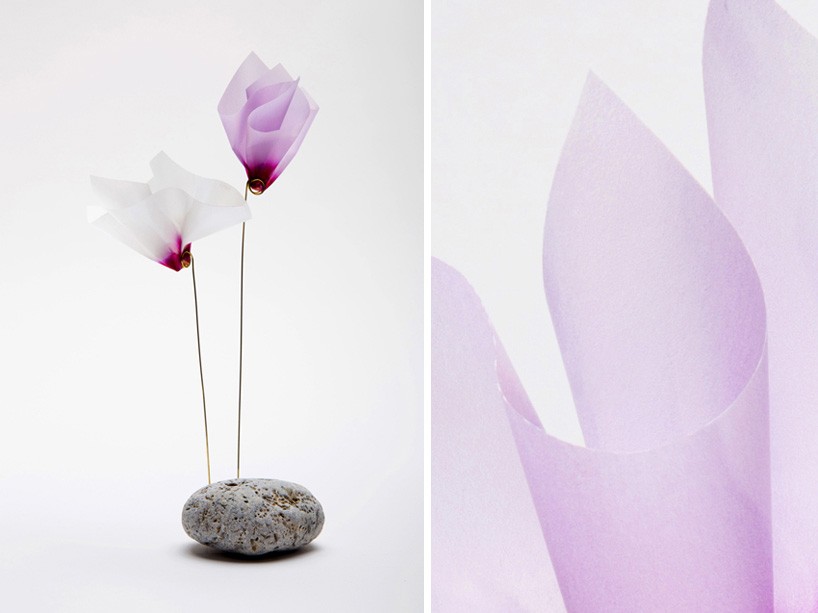 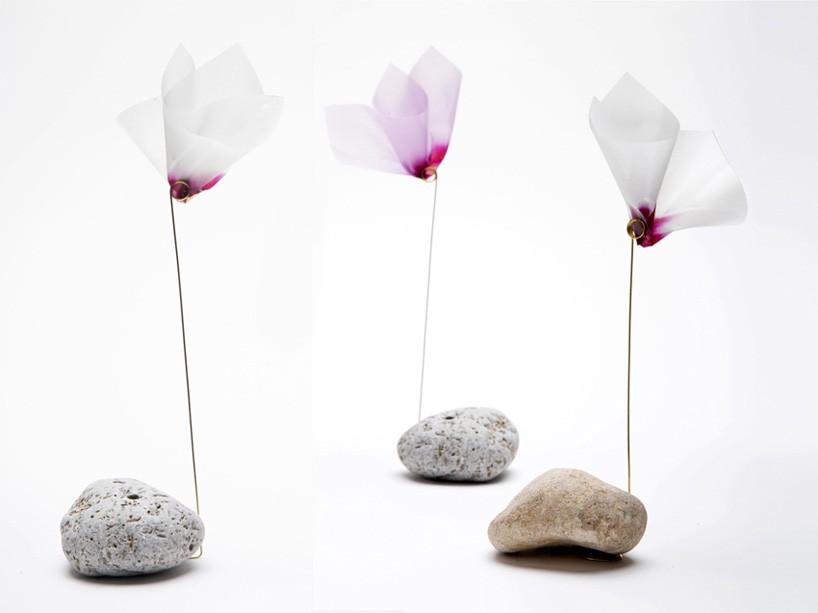 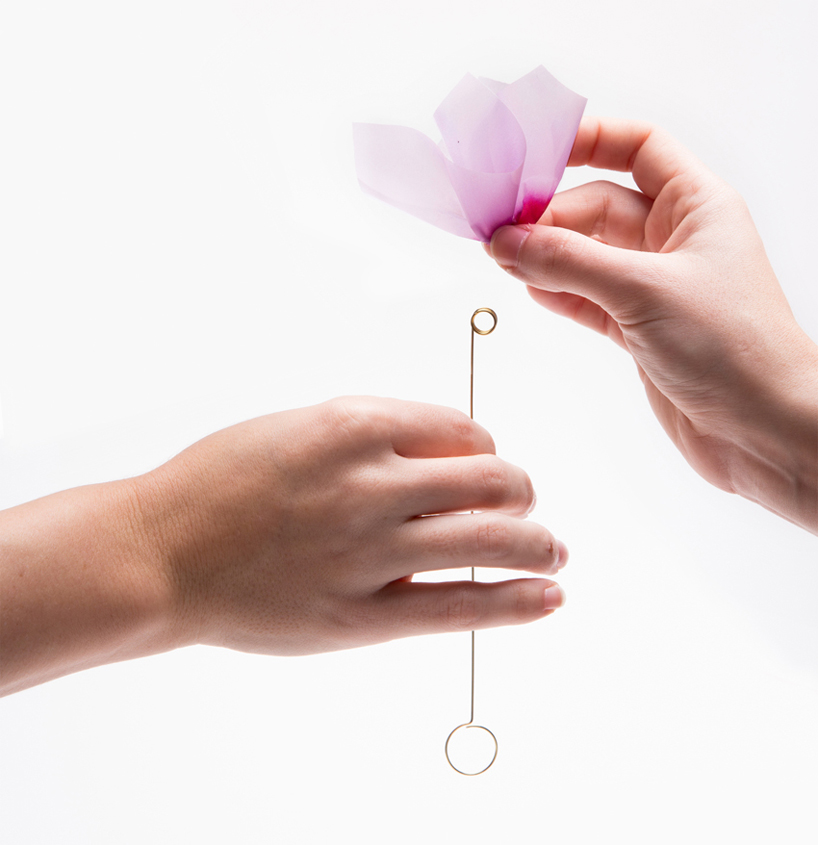 the two-part flower is manually assembled to create its effect 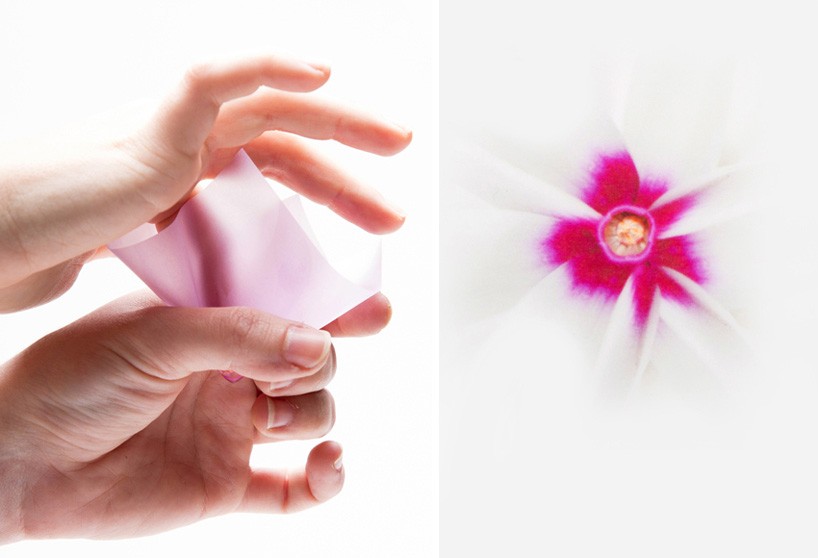 the object’s shape was achieved by gently folding the paper, following its natural inclination 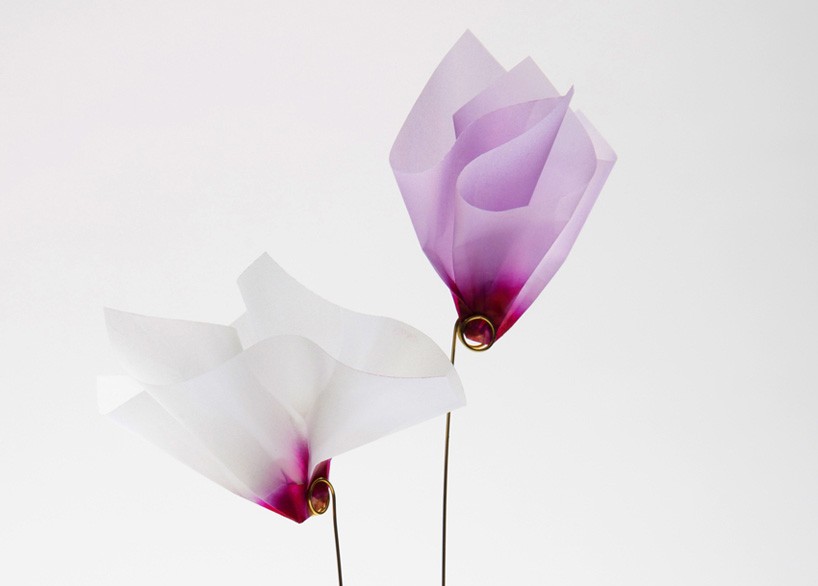 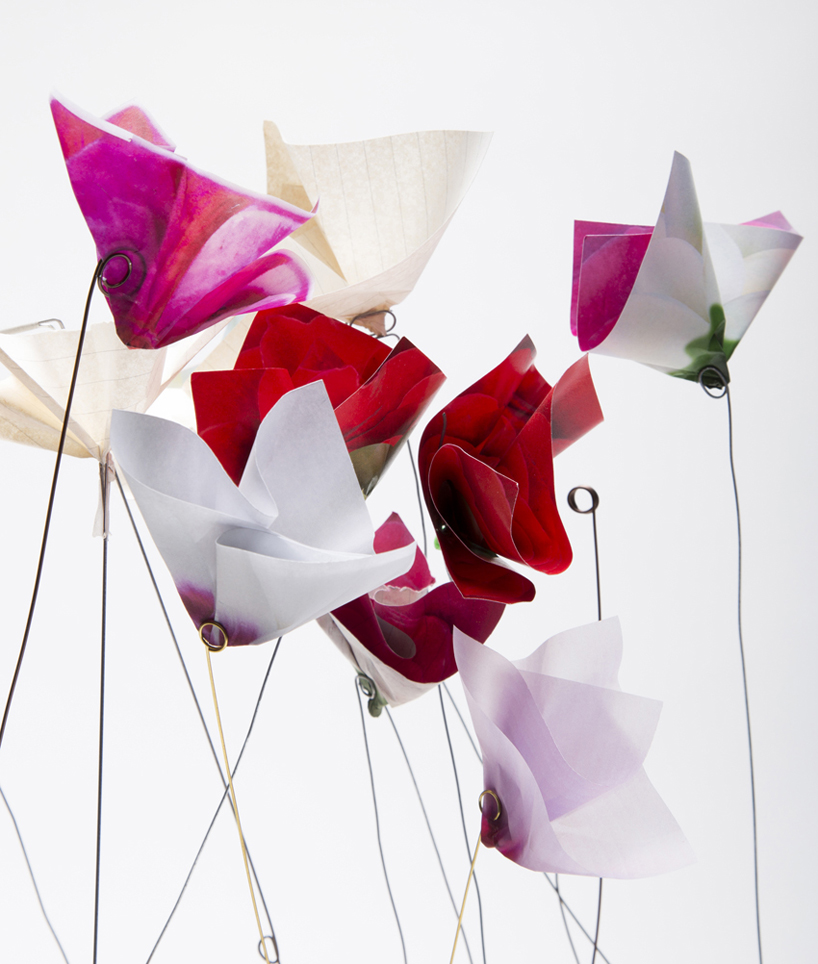 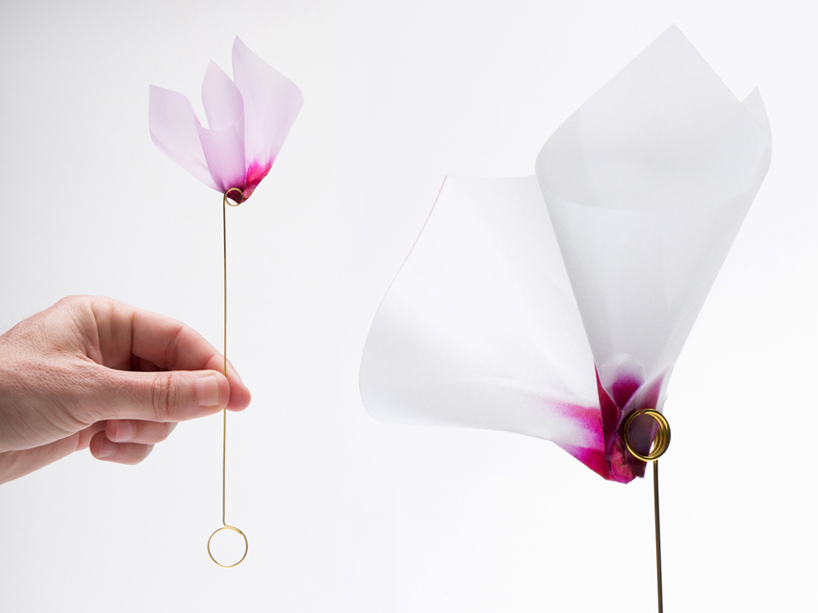 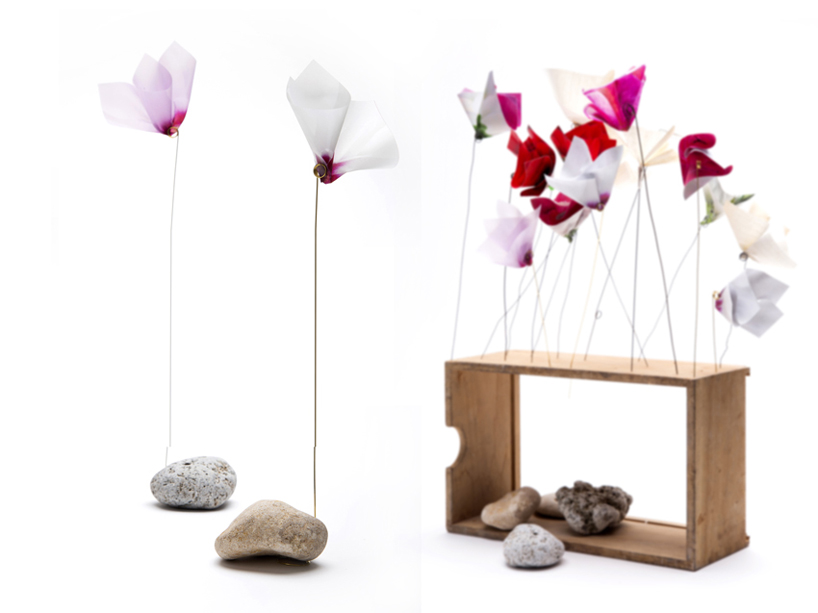