in the modern, globalized world, luxury is seemingly determined by the caché of a brand name or its logo. if some houses now seem to embody their identity as the very idea of luxury and owning a piece of that identity is the consumer’s endorsement, the paris exhibition ‘luxes’ at the musée des arts décoratifs poses a rebuttal: to offer an ancient, as well as contemporary context, to understand what makes luxury one of the most singular and symbolic features of civilizations. 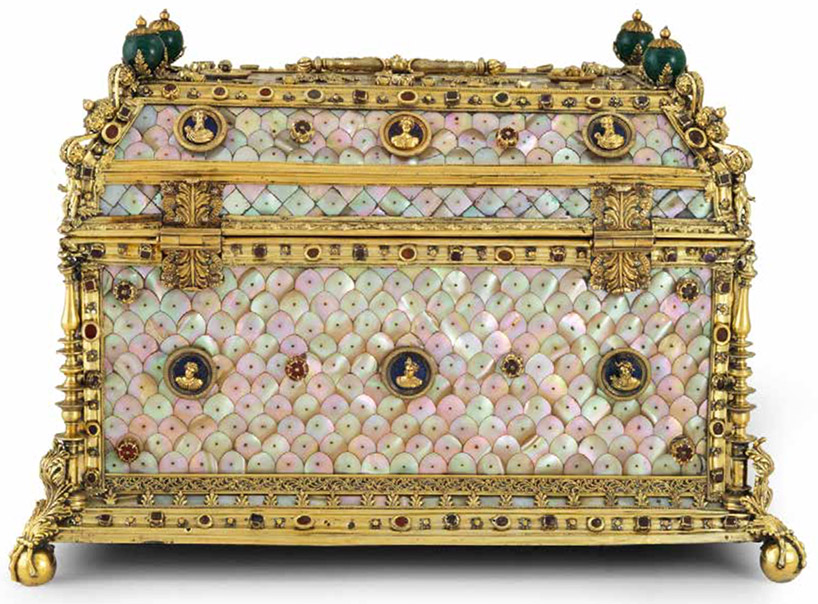 mother-of-pearl box, paris, 1532-1533
mother-of-pearl slats on teak core; gilded silver; premium emerald, garnets, spinels, carnelian and agate intaglios.
admired in their time as exotic oddities, these objects were a great success in all european courts: made in gujarat, in the north-west of india, they were discovered and then marketed by portuguese explorers
all images courtesy musée des arts décoratifs | (main image) chinese head set, qing dynasty (1644-1912), 19th century

the ‘luxes’ exhibition at the musée des arts décoratifs is highlighting works that represent the story of human fascination with beauty, rare materials, flawless execution and the transmission of well-guarded techniques up to the modern day. the selection of pieces aims to give an universal scope to this subject, from an anthropological and cultural point of view. by placing it under a historical, cultural and artistic prism, ‘luxes’ proposes to deliver keys, both ancient and current, in order to understand what makes this simple word such a unique expression, so symbolic of the human condition. 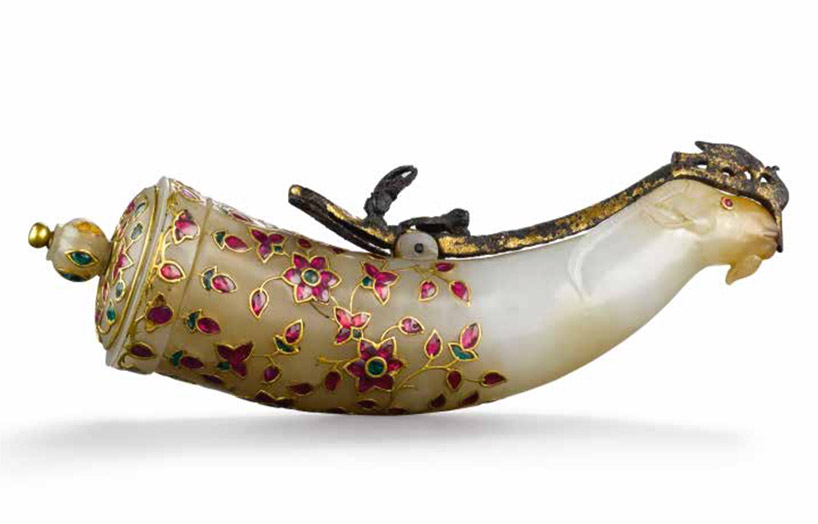 powder horn, india, 17th century
jade, decoration inlaid with rubies and emeralds set in gold (kundan); gold plated iron alloy, silver based alloy.
jade is a very hard material and difficult to carve. believed to bring success on the battlefield, jade was also named ‘the stone of victory’ and was frequently used in the manufacture of weapons.

designboom spoke to olivier gabet, curator of ‘luxe’ and museum director of the musée des arts décoratifs in paris.

designboom (DB): ‘never has a period of history used the word ‘luxury’ as much as the first decades of the 21st century…’

olivier gabet (OG): ‘it appears almost daily on the headlines, it sets the pace for the world fashion calendar, from haute couture to ready-to-wear, it has become the gauge of the greatest fortunes and a reason for economic pride. it permeates new technologies, it invades the public space of cities with elegant streets or airports, flagships or billboards. it is defined as much by what allows it, money, as by what it excludes, the coronation.’ 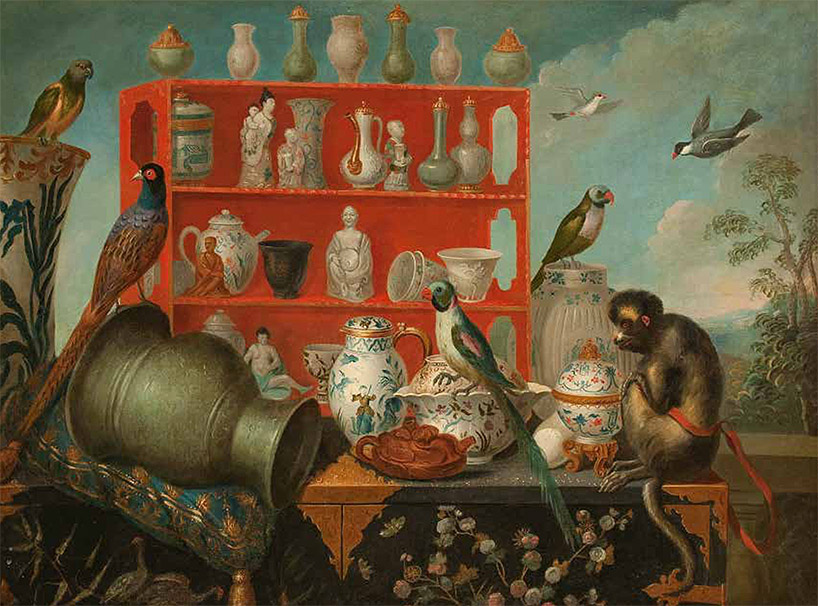 chinoiserie still life with porcelain, monkey and birds, france, around 1725-1730, oil on canvas

OG: ‘a breeding ground for all paradoxes, luxury would be the ultimate aspiration of consumption and at the same time everything that cannot be bought, an intangible value. in a new society that would lack of nothing, luxury would be expressed in values ​​or attitudes, more than in goods.’

OG: ‘you say it, the term ‘luxury’ has often evidenced a philological impasse, that of (in short) ‘luxury glitters’. referring to the ‘lux of light’, the roots would go back to the latin verb ‘luere’, or sourced even more distantly in the greek ‘luein’. this is a wrong etymologic path though. out of doubt, this word comes from a long semantic journey in which the latin substantive ‘luxus’ appears. ‘luxus’ evokes what is separated, dismissed, displaced. a dislocation and notions of gap and excess, moral or physical’. 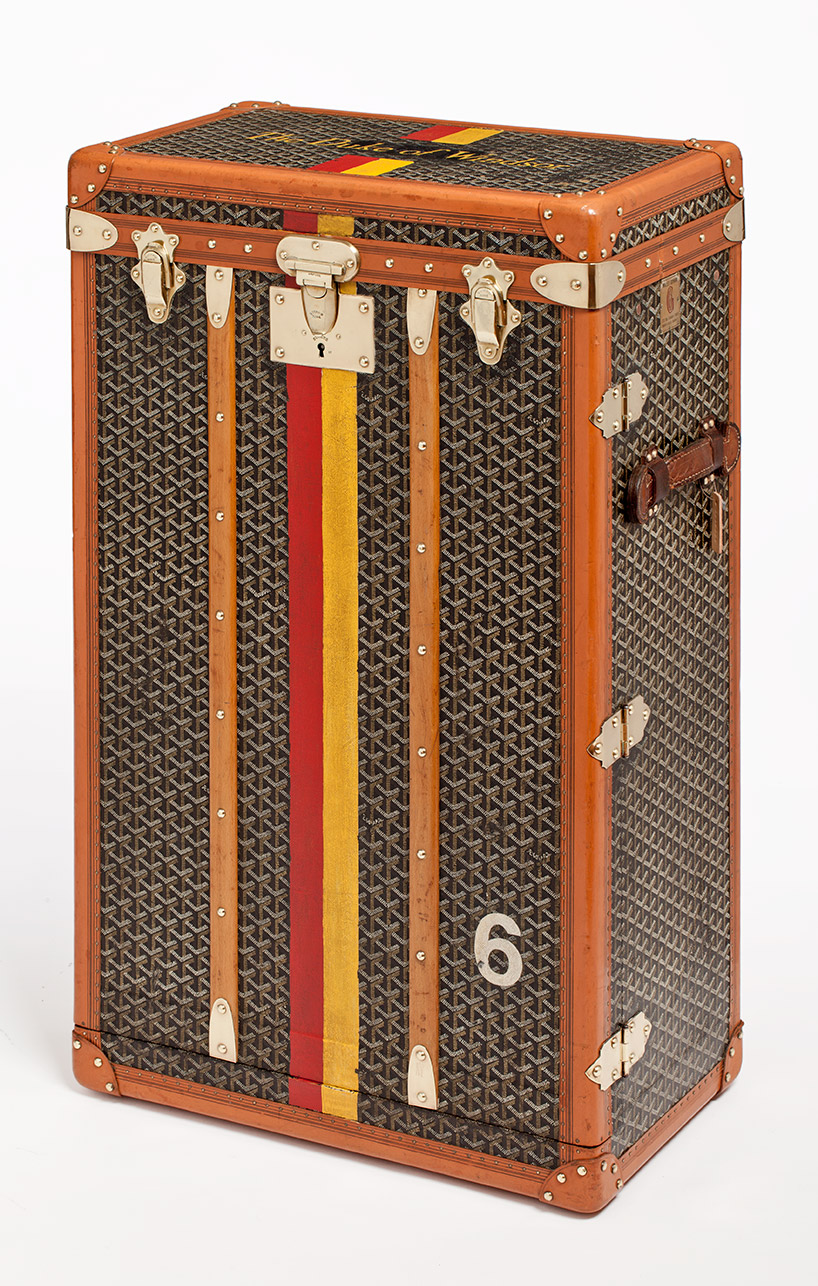 seashell spoon, germany, 16th century cast silver handle, chiseled and engraved, shell spoon. until the end of the sixteenth century, it was customary to eat with one’s fingers, even at the table of a king, prince or some other important person. however, it was during this century that a whole art of the table was developed, favoring the deployment of incredible luxury as evidenced by paintings, illuminations and tapestries

DB: ‘it might be a form of provocation to maintain an exhibition devoted to the history of luxury in a museum’s programming during our strange times / the COVID-19 pandemic?’

OG: ‘the exhibition mirrors two approaches, one factual, the other cultural, exploring how the works speak of a moment in history and how they are an eloquent or rather discreet testimony. luxury refers to a varied palette of responses and examples, from the tiny to the monumental, from material culture to feeling. that of the transmission of a cherished and repaired object, never thrown away.

the exhibition invites to evaluate ‘a luxury for oneself’, as virginia woolf speaks of a ’room for yourself’. a global crisis sweeps across the globe and many preconceived ideas and positions of principle cannot be applied anymore – the conception of a rewarding life can probably no longer be linked to the simple possession of an object of price.’ 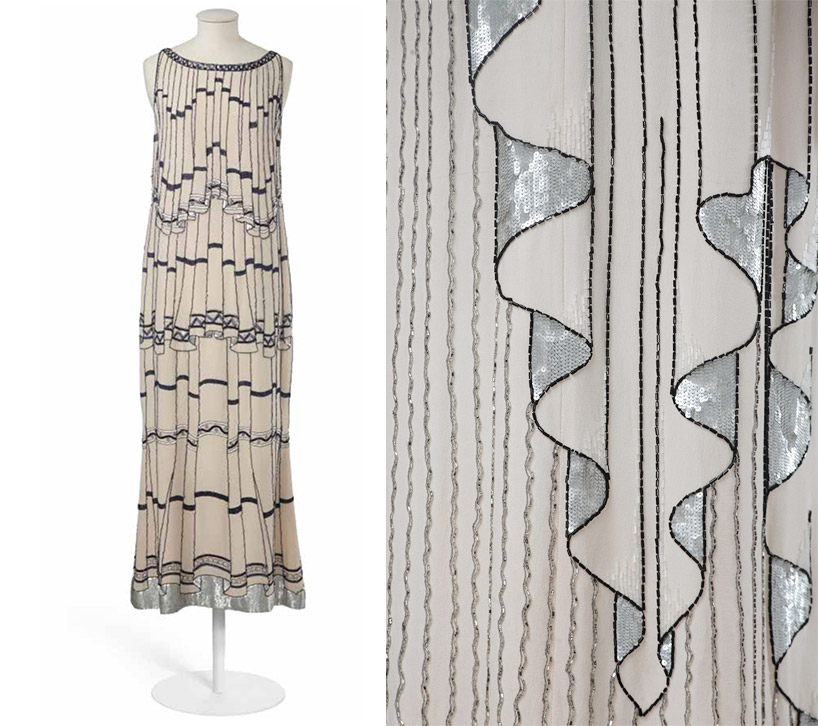 casanova dress by karl lagerfeld for chloé, paris, spring-summer 1984 collection
crepe de chine, black and silver sequin embroidery, black and silver tubular beads.
the embroidery shows a trompe-l’oeil of an antique garment and is delivering an offbeat vision of luxury, not without humor.

DB: ‘luxury responds to contradictory desires. will it be able to pass from the rare exclusive to an inclusive form of common good within everyone’s reach? luxury will lose the aura of excess and fuss for the surroundings of the mundane? luxury will be normality?’

OG: ‘how can we not emphasize here that the advent of luxury was also done, in part, at the cost of slavery, triangular trade, military conquests and colonial empires. it is now impossible to forget that their mastery was the subject of bloody conflicts. there is the impossibility of conceiving a history of ‘one and indivisible luxury’ by observing recent social and political movements, like that of the black lives matter, for example.

from a different perspective, certain precious materials that were long sought after and fiercely coveted (ivory or ebony, tropical woods or furs,…) are now abandoned, because our consciousness of living things has fortunately changed.

luxury today recalls the most intangible dimensions, time, space, the freedom to move, the privilege of a unique and personal experience, the idea of ​​a time to oneself, a certain praise of slowness too, and a renewed relationship to the world. whether it is about ‘the others’, diversity of humanity, or nature. luxury can be normality when it can avoid the pitfall of cultural appropriation and react to environmental and ecological issues.’ 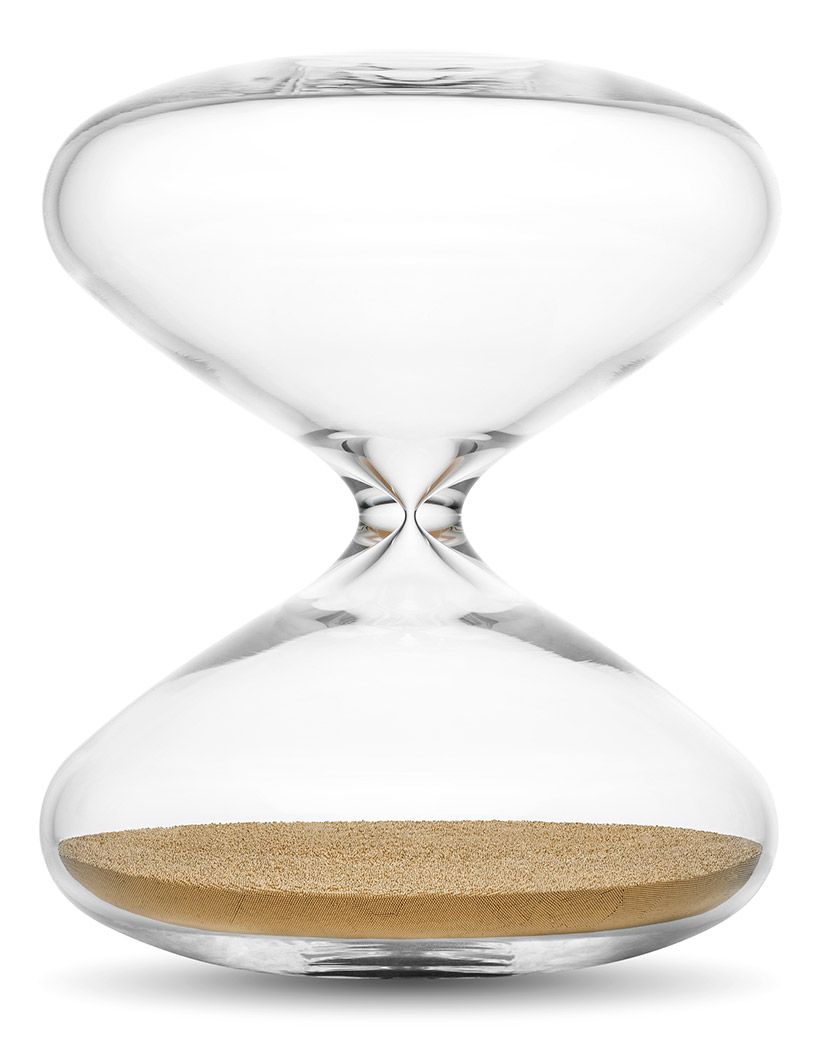 the hourglass, marc newson’s HG timepiece, switzerland, 2015
borosilicate glass, 7,727,248 gold-plated stainless steel nanobeads.
the hourglass underlines the obsession mankind has in his relationship to time. it is this supreme object which
allows him to control it, play with it, stop it, reverse it. in an increasingly greedy society speed, some people aspire to rediscover the luxury of time. newson’s gold-plated nanobeads underline the preciousness of the ticking seconds.

at a time when luxury houses seem to have so much to say about art, culture and museums, no doubt museums have something to say about luxury and its place in art and civilization. on show from october 15, 2020 to may 2, 2021.