the installation was created for the ‘2010 poetas por km2’ spanish poetry festival in madrid, spain. 1,000 white envelopes were hung throughout the garden of la casa de américa, each of which contained a small light and a poem specifically written for the event by one of 17 poets. 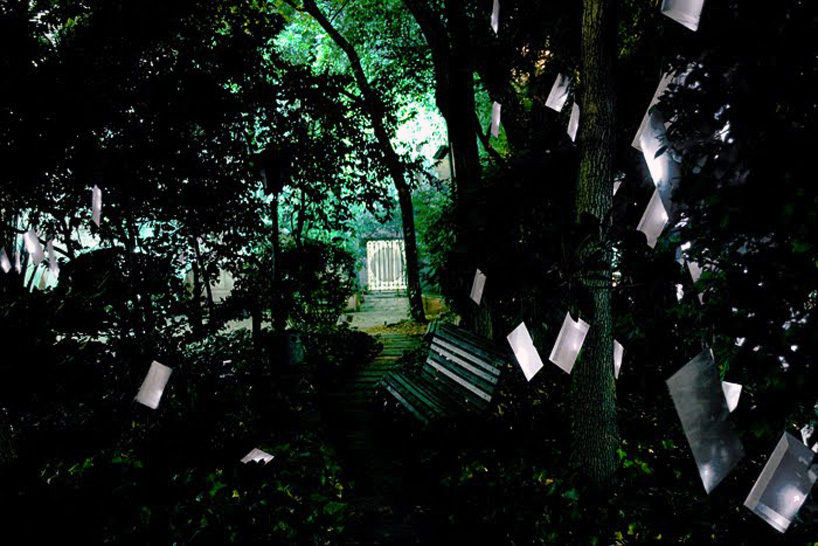 for three days, the filled envelopes illuminated the space, which was also the site of poetry readings and performances. on the last night, the envelopes were offered to the public to keep or send along to a loved one. tables and pens were available for the envelopes to be addressed, and following the festival, luz interruptus quickly mailed out the collected poems, which continued to be illuminated in the envelopes by their lights. 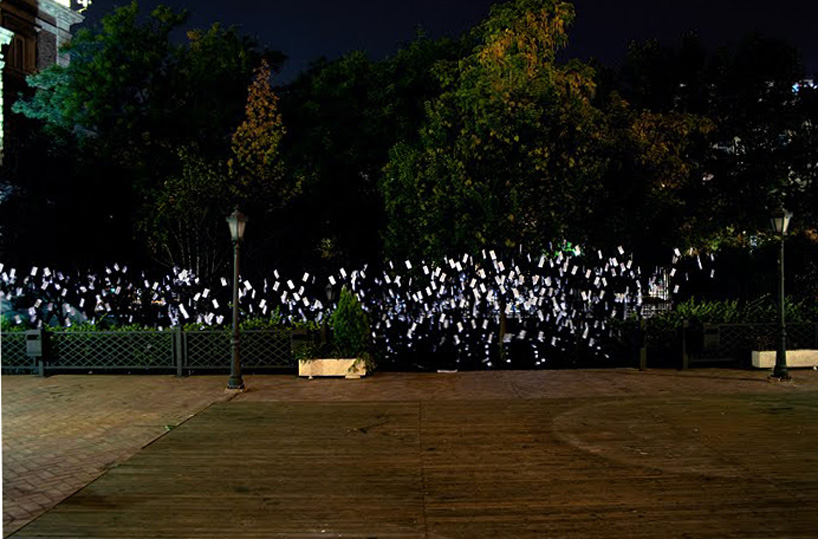 full view of the installation 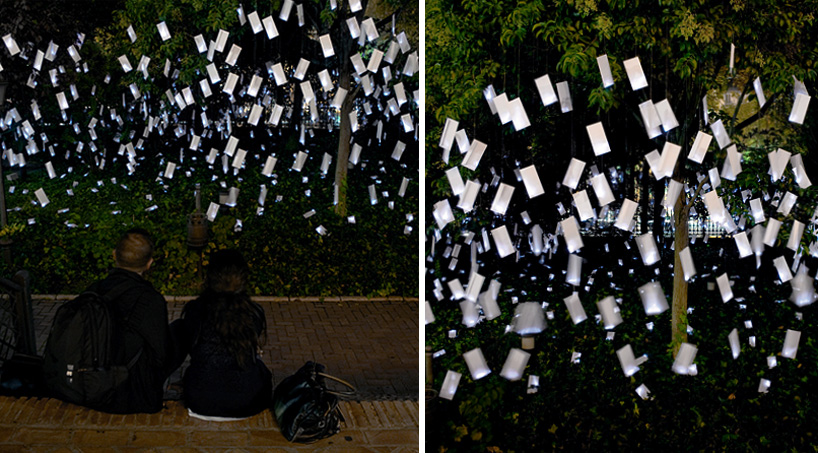 in addition to providing a multisensory backdrop in which to experience the poetry festival, the installation sought to reafford a place of importance to the written word and to traditional letters. 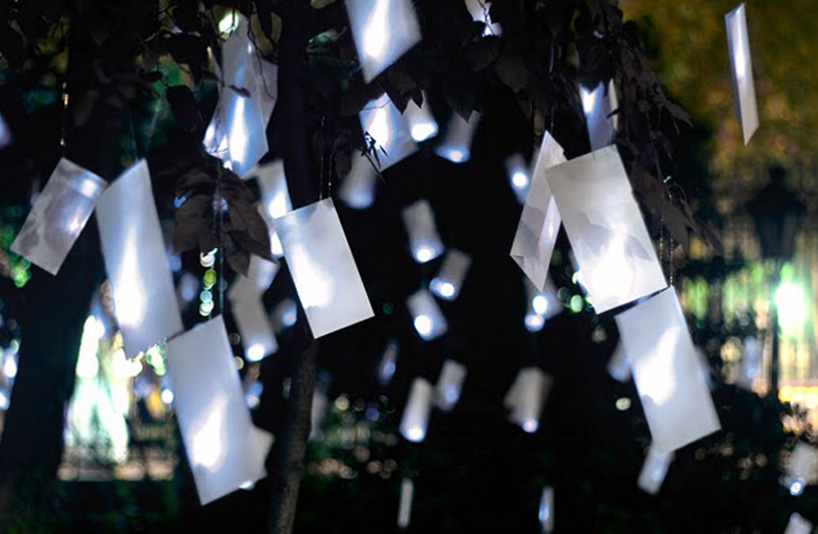 detail view of the envelopes 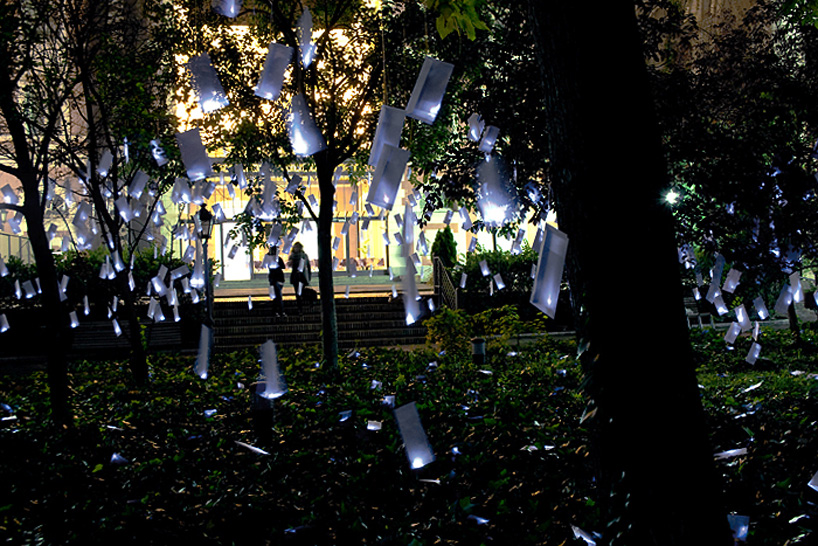 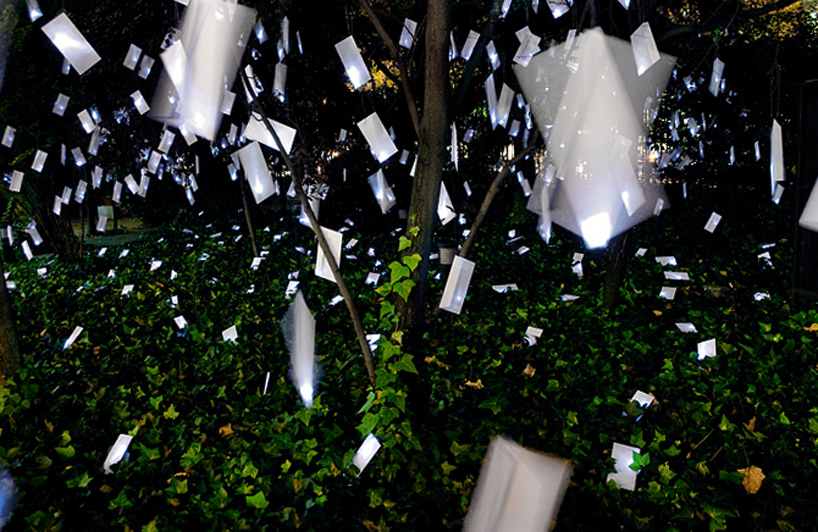 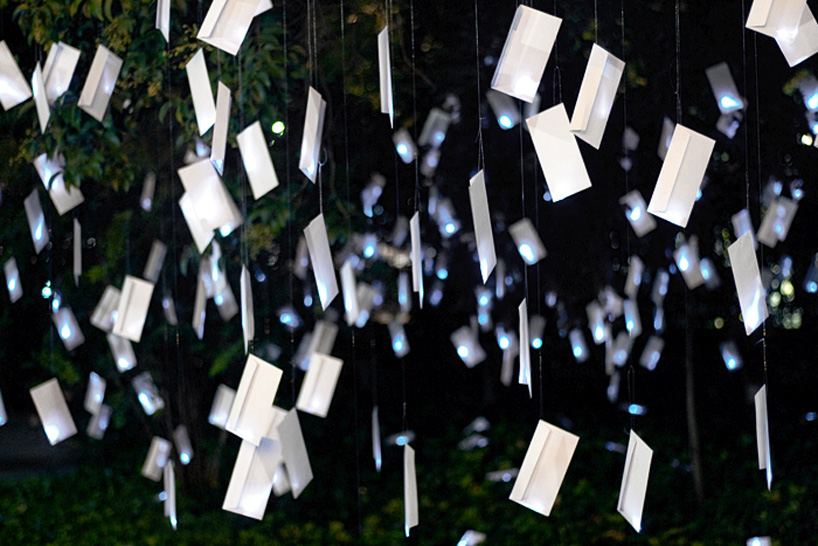 after the festival, people could address the envelopes, and luz interruptus mailed them still lit to their recipients