rising over three meters in height, dutch designer maarten baas has created a gigantic clock in lounge two at amsterdam’s international schiphol airport. titled ‘real time’, the design was created as a series of movies back in 2009 for milan design week and also once displayed at holland’s zuiderzee museum. the latest edition is based within the airport which sees 15 million travelers a year pass by. this was one of the many reasons why maarten baas was asked to collaborate in replacing the dutch icons of tulips, clogs and windmills with one of his internationally acclaimed works. 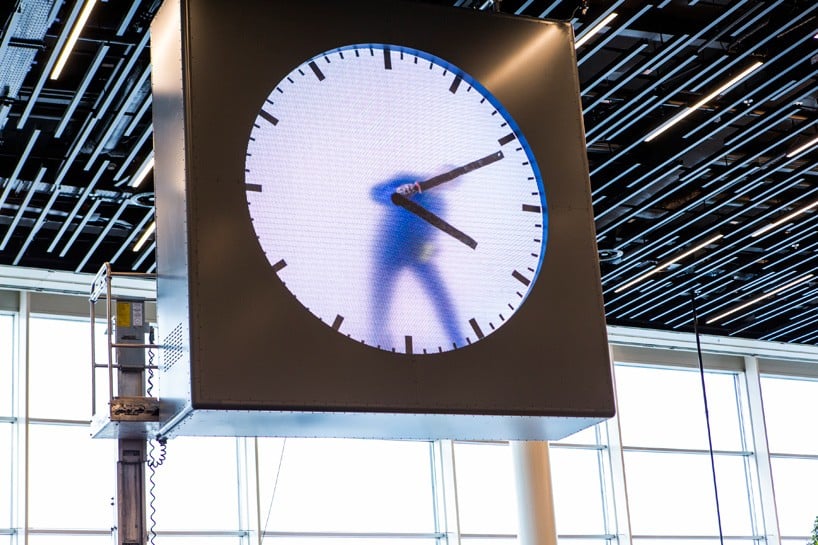 in 2009, maarten baas launched the first clock in his real time series. ‘real time is a term that is used in the film industry. it means that the duration of a scene portrays exactly the same time as it took to film it. I play with that concept in my real time clocks by showing videos where the hands of time are literally moved in real time.’ real time clock shows a video performance made by baas which takes exactly twelve hours to film and twelve hours to watch it in its entirety, thus creating a hyper-realistic representation of time. 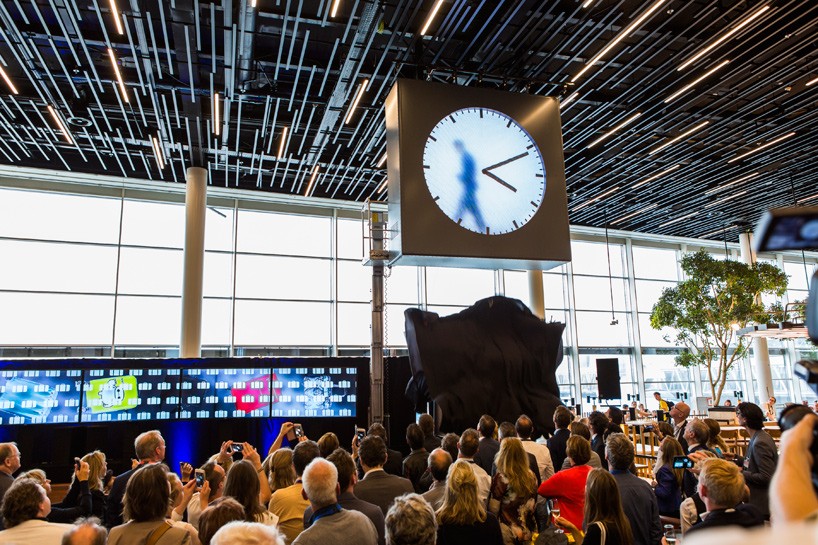 in this schiphol project, the project drew from the many faceless men who sweep, clean and work at an airport in their blue overalls. ‘the real time schiphol clock is basically a big box hanging from the ceiling in lounge 2. for this work I decided on the most archetypical form of a clock, but it has a ladder going up to it and a little door that you wouldn’t even notice at first glance.’ the designer comments. 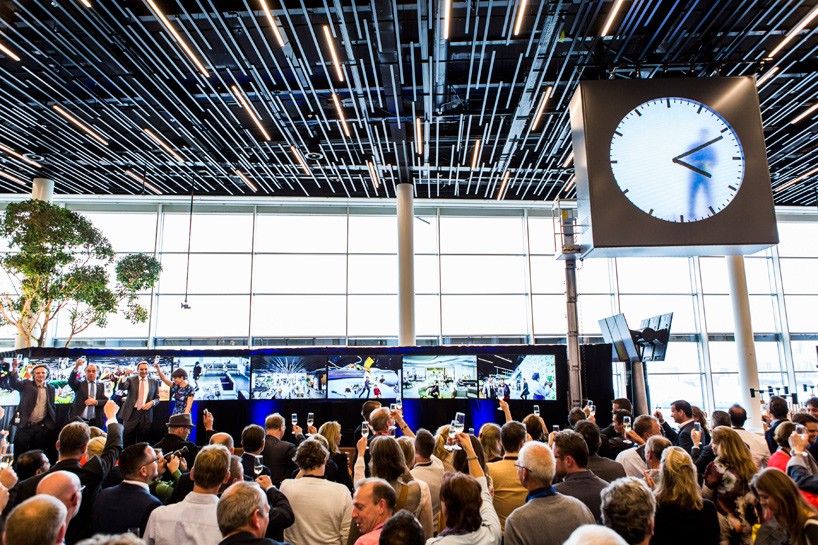 the ladder and door are there to enable this imaginary man in his blue overalls to enter the clock. ‘he has a red bucket and a yellow cleaning cloth and he is cleaning up after the hands of time, after which he creates a new minute, every time again.’ the red, yellow and blue are pays homage to two renowned dutch artists of the previous century, painter piet mondriaan and architect/designer gerrit rietveld. 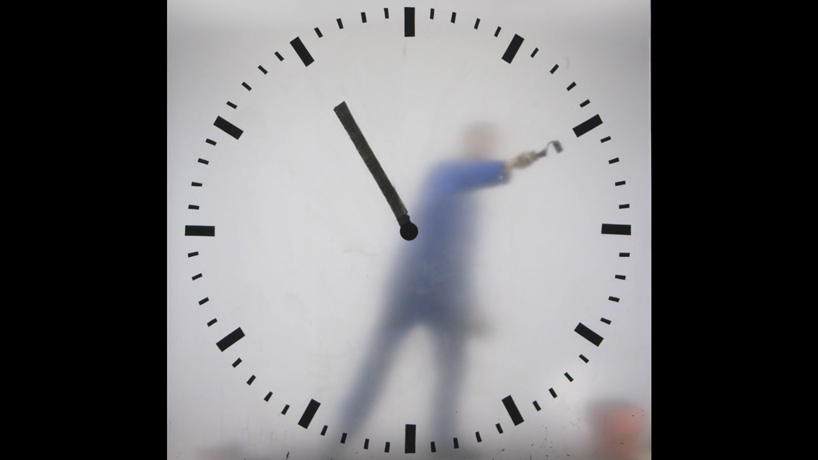 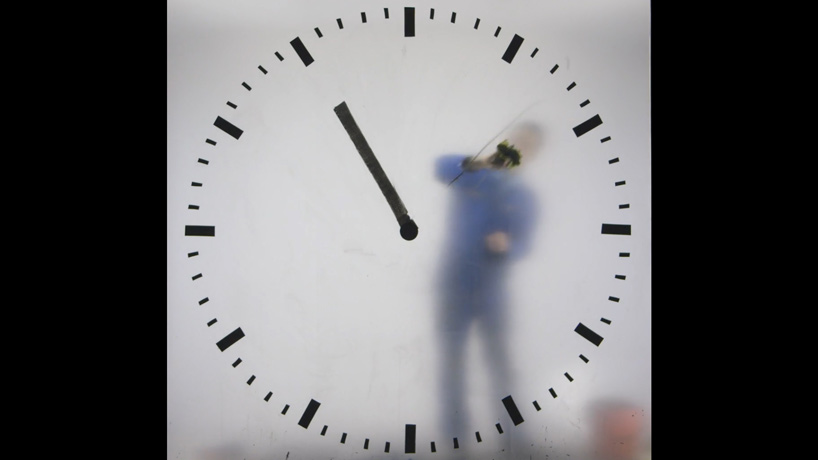 the blue overalls reference the ‘faceless men’ who sweep, clean and work in the airport
image © rob hodselmans 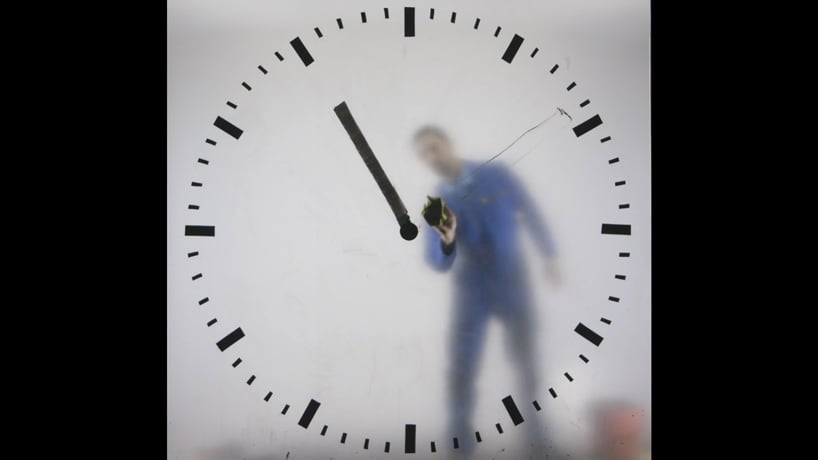 Oct 20, 2021
power your home with joe doucet's wind turbine wall
the wind turbine hall by joe doucet is a kinetic wall made up of an array of rotary blades that spin individually, driving a mini generator that creates electricity.
design
+6.5K shares
connections: +140