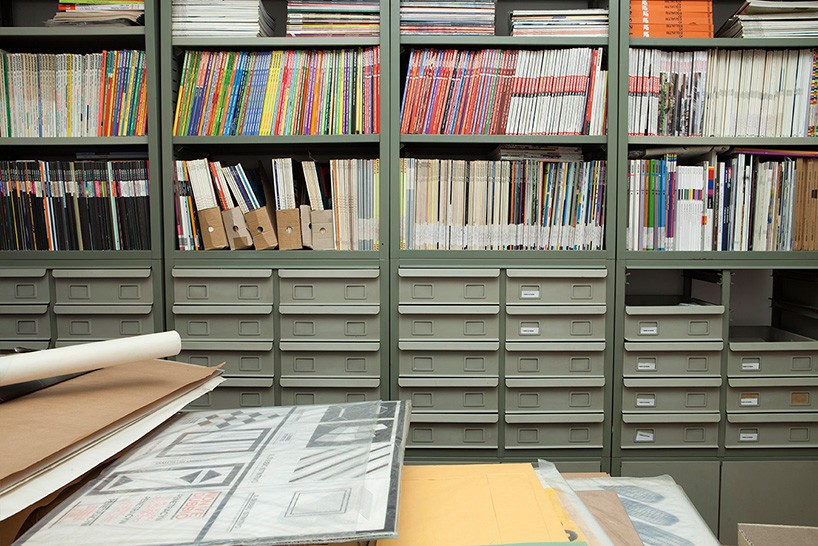 inside the archive of the Associazione Italiana Design della Comunicazione (AIAP)

designboom: how long have you been working on the project and who was involved?

bryan edmondson: it’s been almost 12 months in the making although the campaign part was pretty much established by the autumn of 2014. ‘made in italy’ was chosen due to its common and generic references and we owe a debt of gratitude to the AIAP (milan) and simon esterson’s and john walters’ (eye magazine) deep knowledge of italian post war graphic design. 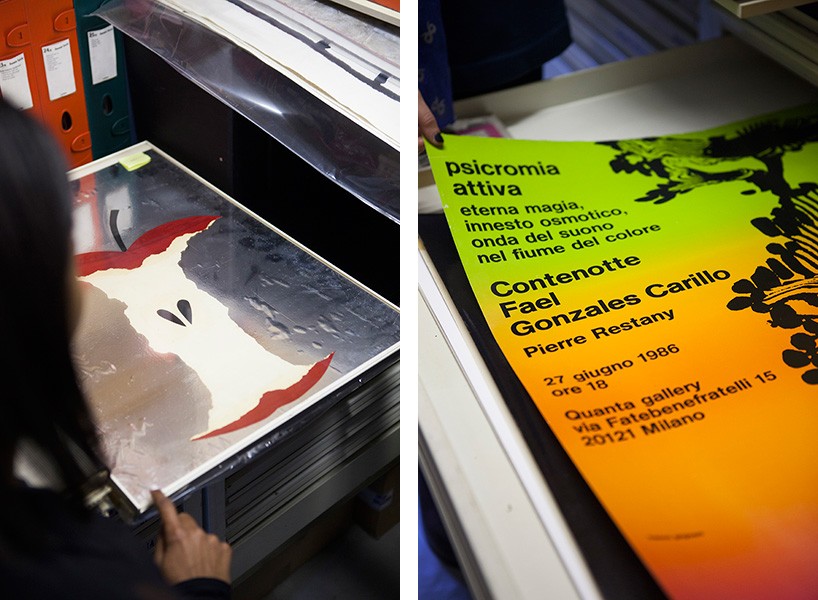 DB: what have been some of the highlights so far?

BE: the discovery of wonderful italian graphic design. generally italian design is dominated by industrial and product design overshadowing subservient graphic design. through this project I was able to put names to some of the great work I already knew. a particular highlight has been the reproduction of the 1970 iliprandi poster which will be available during the exhibition. 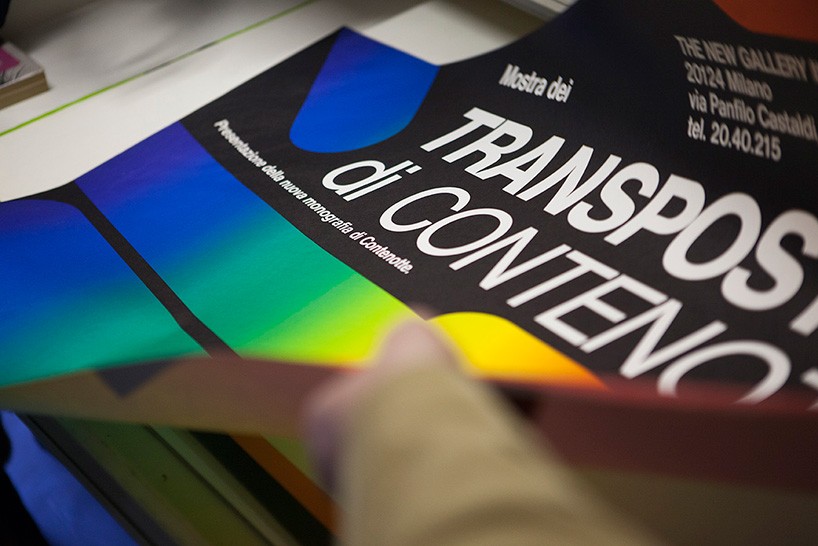 DB: which designers have you discovered that you were unaware of previously?

BE: discovering some of the lesser known designers while digging through the archives of the AIAP in milan has been another one of the highlights. big names such as massimo vignelli and bob noorda were mixed with unknown designers (to myself) such as iiio negri and franco bassi. 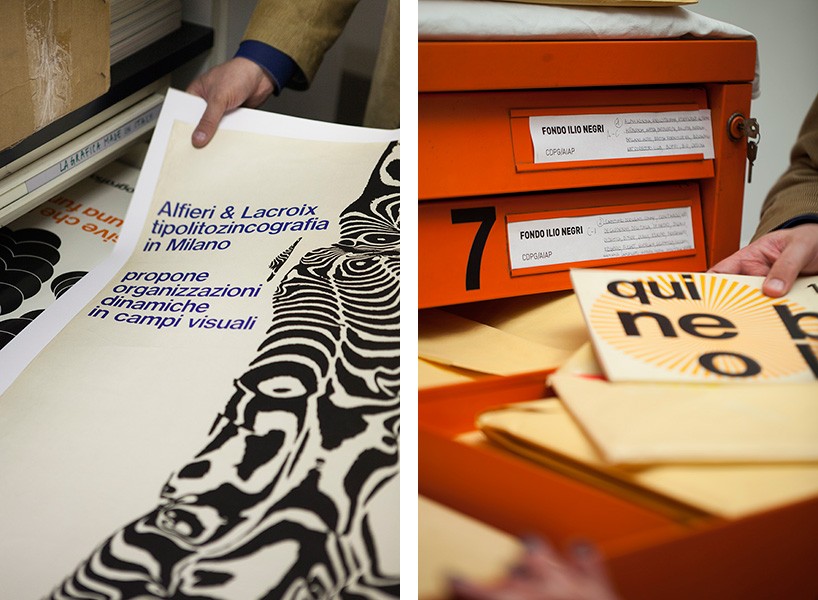 DB: what criteria was used to curate the work included in the books and exhibition?

BE: both SEA and fedrigoni wanted to show a cross section of work from identity, general print and packaging. the work was selected with the help and wonderful support of the AIAP – giving advice throughout the whole curatorial process. we edited this with our own take on post war italian graphic design – this is obviously from our perspective and by no means is this definitive… the show could have been much bigger! 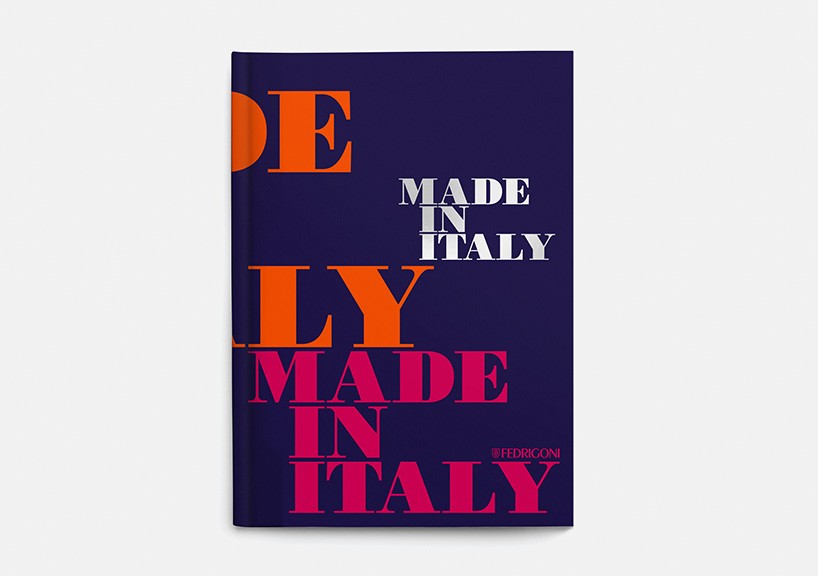 made in italy book – designed by SEA and produced by fedrigoni

DB: do you see any relationships between your own work and the designers featured in the show?

BE: SEA’s work is influenced by many periods of design such as dutch modernism, however what was interesting while looking through all the work was that I began to recognise the work – as designs I’d seen previously and admired but never knew who was the designer. the characteristics I enjoy most about the work in this show is the confidence of the typography, bold use of color, which are things we often demonstrate in our work. 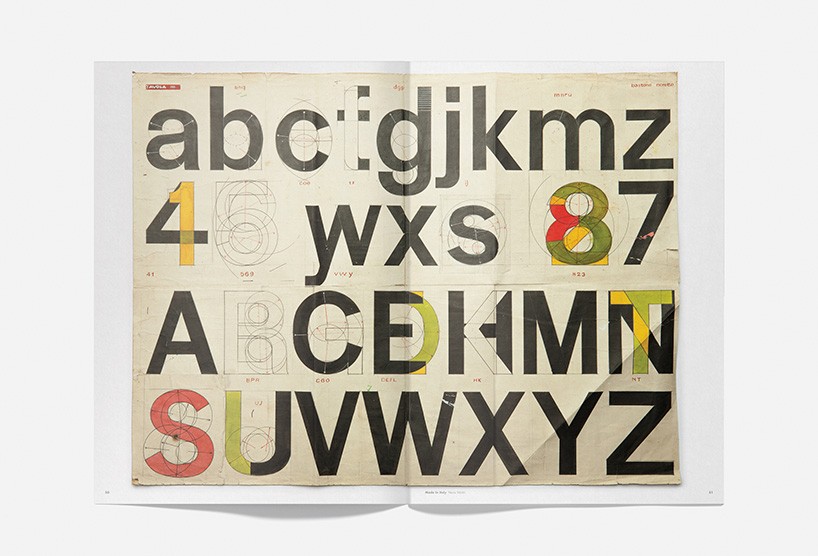 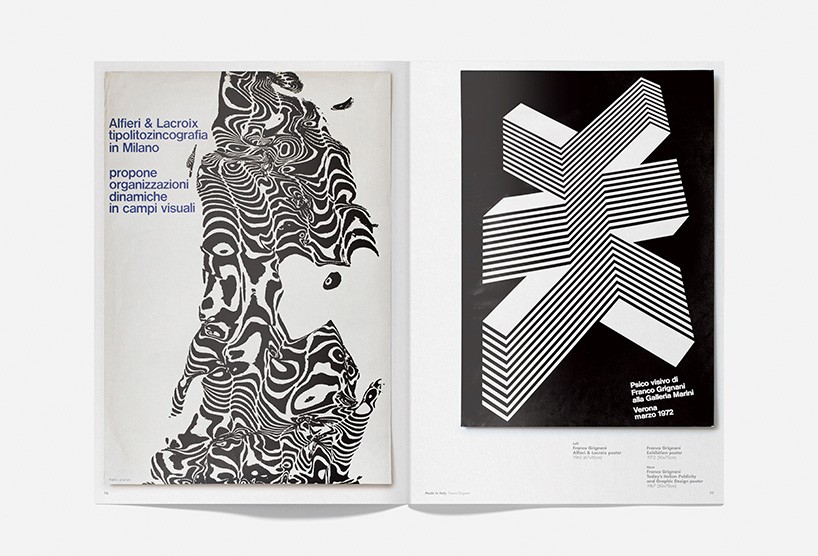 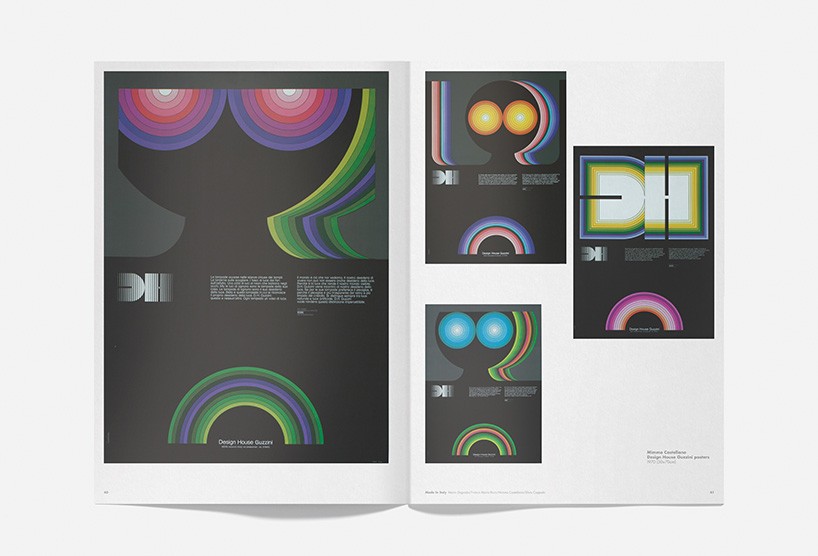 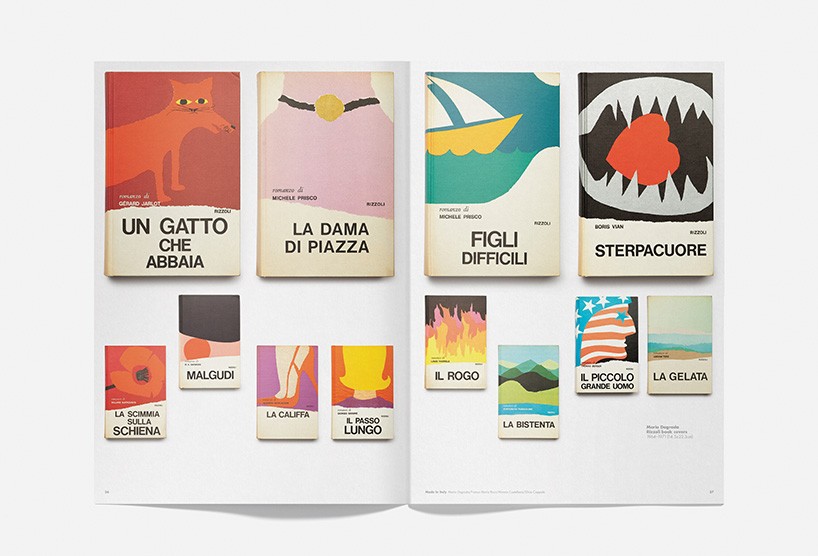 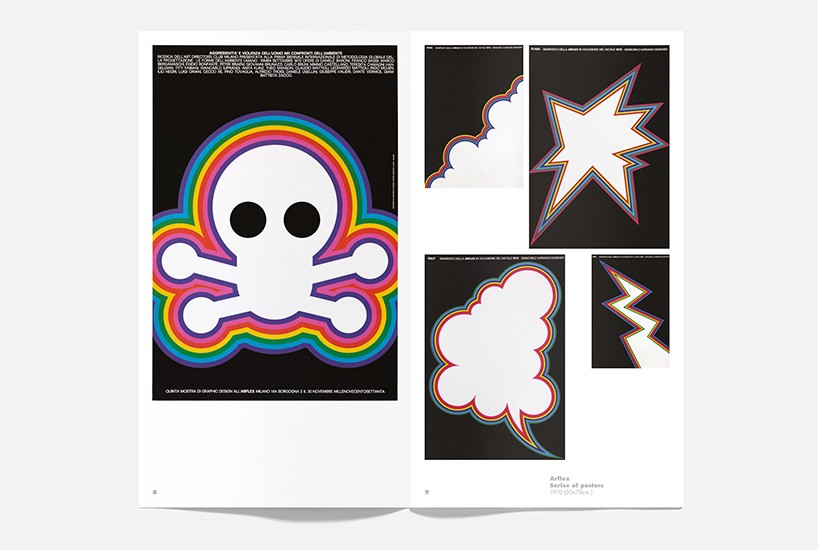 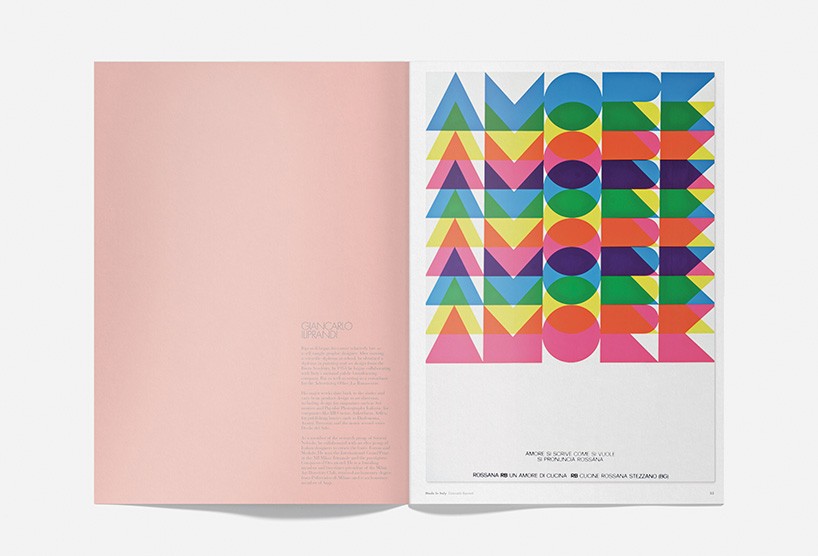 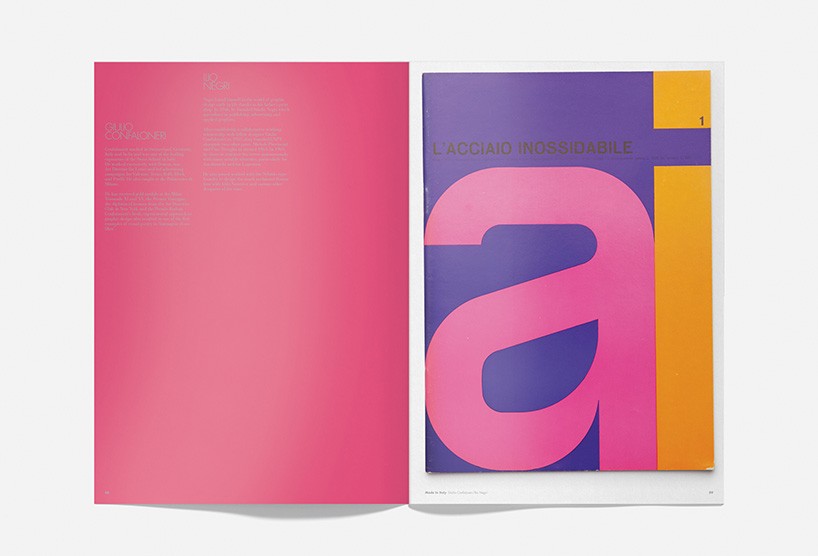 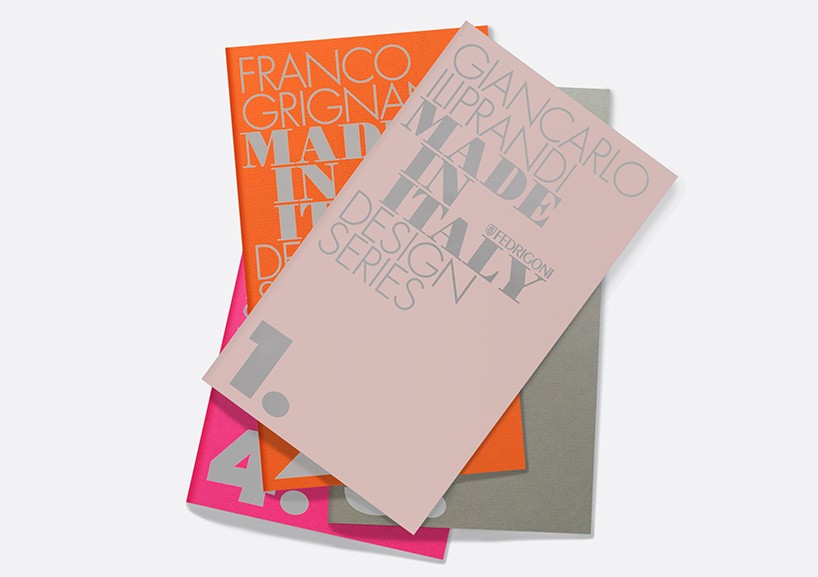 in addition to the made in italy book and exhibition SEA also designed a series of booklets documenting each of the italian designers’ work, the first two of which will launch at the exhibition on june 12-13, 2015 with the subsequent issues being released throughout the rest of the year.

more
read our interview with bryan edmondson of SEA » 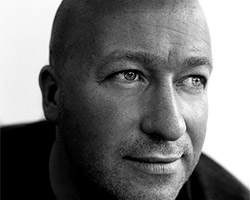