each year maison et objet selects three creatives who have made a significant impact to the design and architecture scene. this year’s ‘designer of the year’ was awarded to humberto and fernando campana of brazil.

the creative duo developed their eco-design sensibility based on their craftsman-centric childhoods growing up in brotras, an agrarian city located 250 kilometers from são paulo. the campana brothers conceive humorous projects which have been received by the greater design world as works which contribute to the reorientation of every day objects, deviating from functionalist design.

as part of their recognition, the brothers were invited to develop an installation at maison et objet. they created a small grove of trees and intricate ceiling decor from cardboard. the flexible material was draped over support systems of clear wire, appearing as if it was pouring from the sky into the organic shapes. the exhibition included ceiling lamps with shades that were formed by massive semi-translucent leaves, arranged in a series of misshapen circular forms which descended from the top of the structure into the exhibition floorspace. 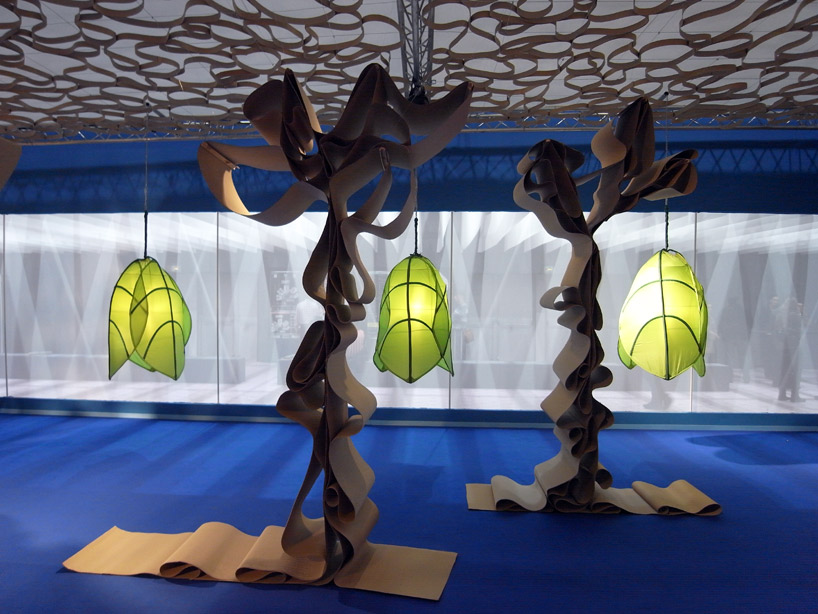 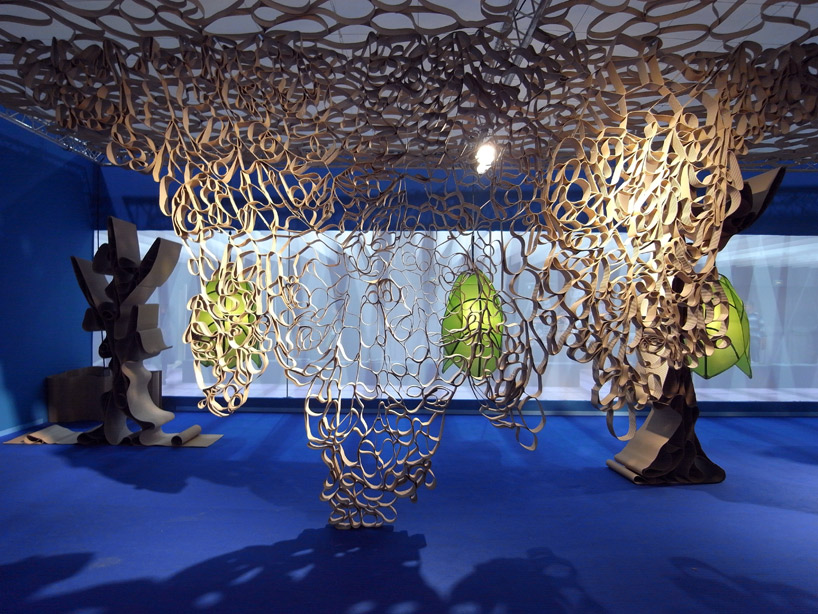 the cardboard ceiling, arranged in a series of intricate looping shapes, descends from the top of the structure into the exhibition floorspace image © designboom 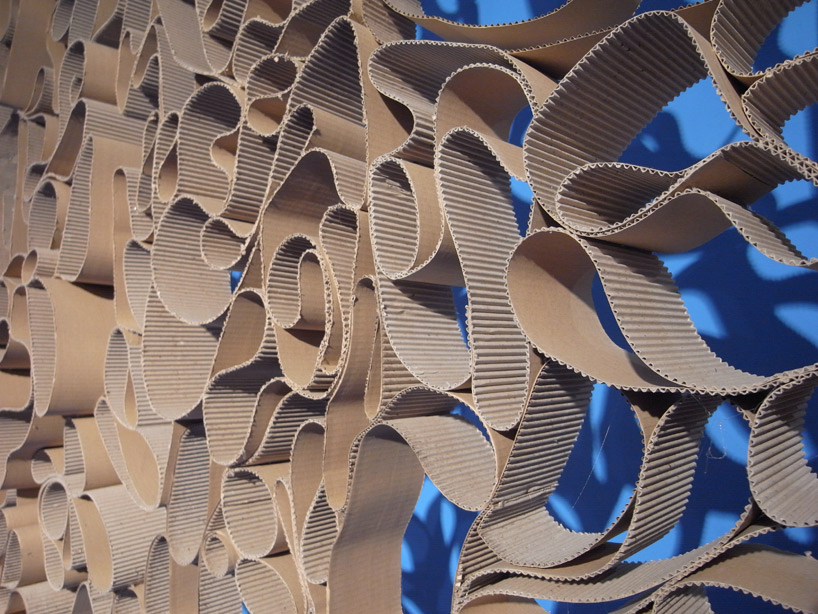 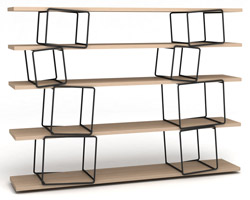 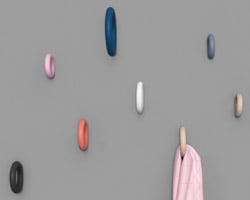