german industrial designer melissa acker offers ‘maja’, an urban beehive concept as contribution to the bee-death discourse. otherwise known as colony collapse disorder, the mass die-out of bees is an unprecedented issue with massive implications and consequences for global food supply. there are many causes responsible for population loss, with one of the greatest being a microscopic mite called the varroa. 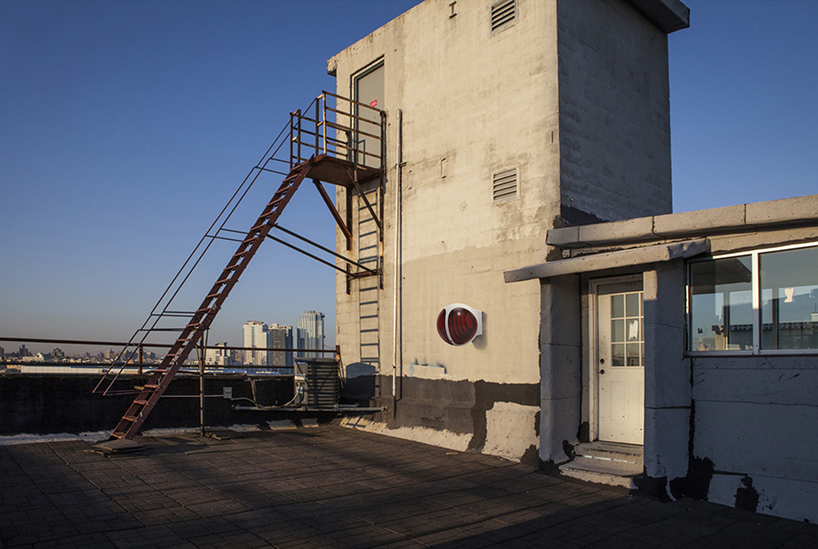 ‘maja’ features an integrated scanner that is able to locate the mite on bees as they pass through a canal into or out of the unit. data is stored and simultaneously uploaded into the cloud, which can be accessed at any point in time by the hive’s owner via app. such a detail requires energy — luckily, the hanging home is filled to the brim with tiny generators. using piezo-electricity, aka usable energy produced by sound waves that occur from wing-beating and the bee ‘waggle dance’, ‘maja’ is capable of functioning 100% off-grid.

the hive is made to be attached to trees, especially urban green areas and parks, walls, or rooftops. the ball-like shape is derived from the form of natural honeycomb, brood nest, and winter cluster orientations with an optimal relation between surface and volume. no cold gaps are able to occur because of the form, and it also significantly lowers the risk of mold formation. 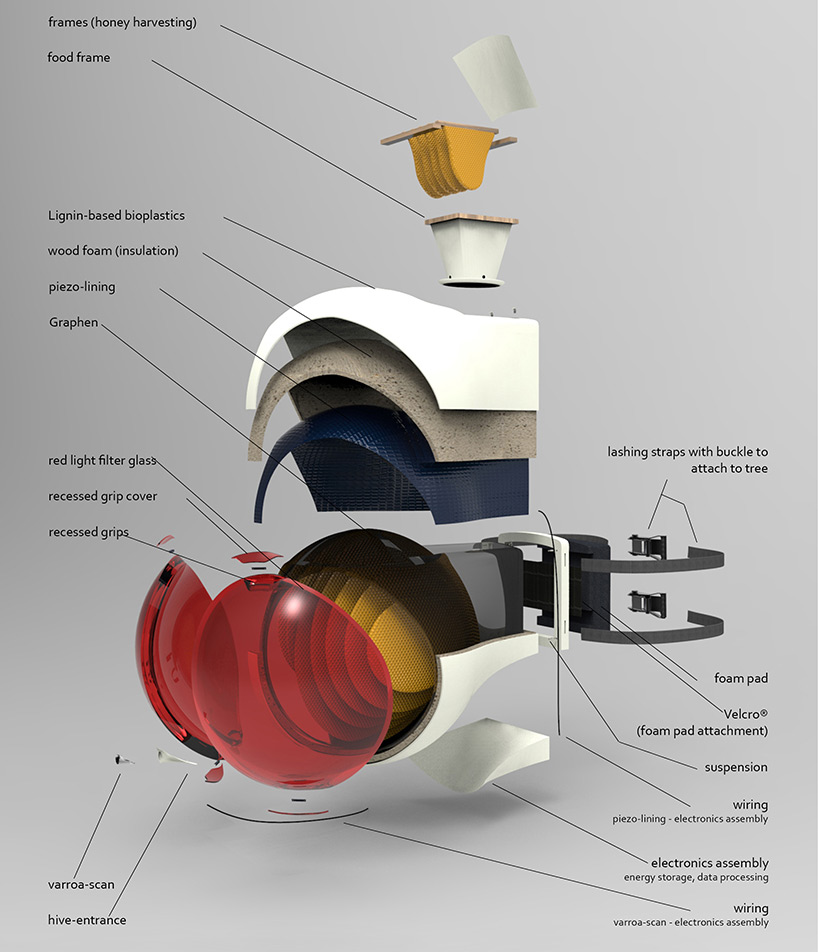 frames for honey harvesting are located in the back of the unit, allowing bees to build up their stocks as far from the entrance as possible. some exterior panels are removable, through which they can be inspected by the beekeeper or responsible party. panels are bright red (bees see as black) giving ‘maja’ a stylistic touch at no harm to neither human nor bee. in addition, internal surfaces — including the entrance hole — are nano coated to prevent propolis goop buildup. a creamy white was chosen as an accent color, mirroring the bees’ preferred blossom palette, and to help blend in with whatever setting it’s placed within. 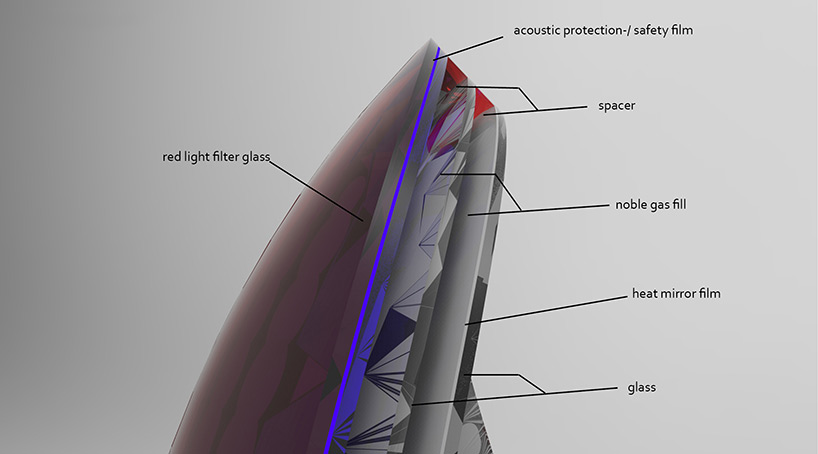 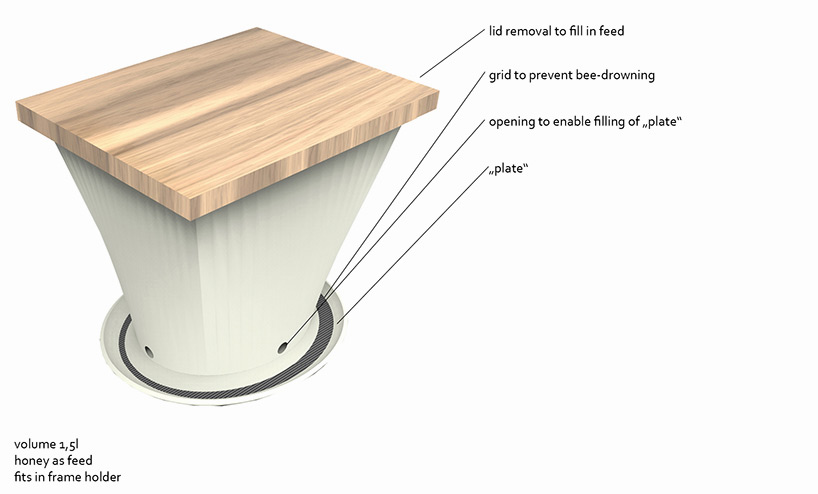 in winter, honey production units are replaced by a special feed frame for supplementary nutrition 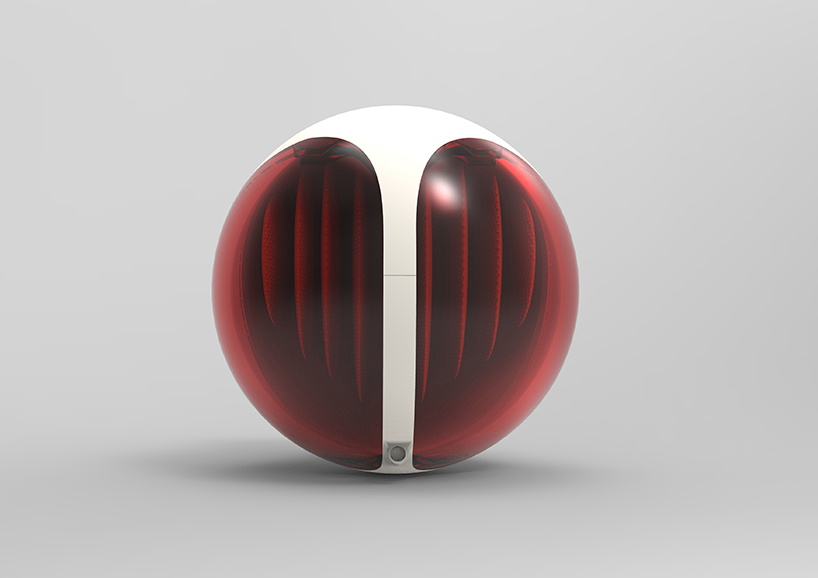 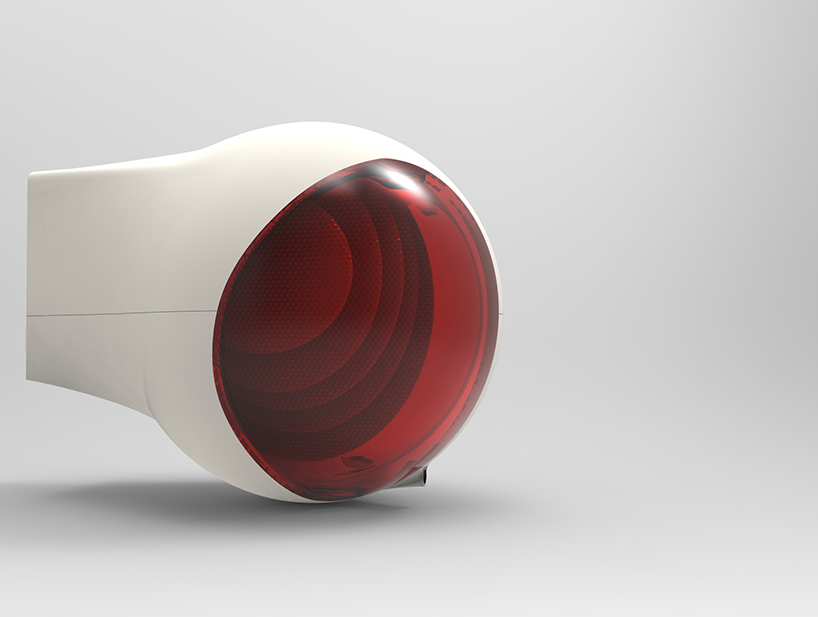 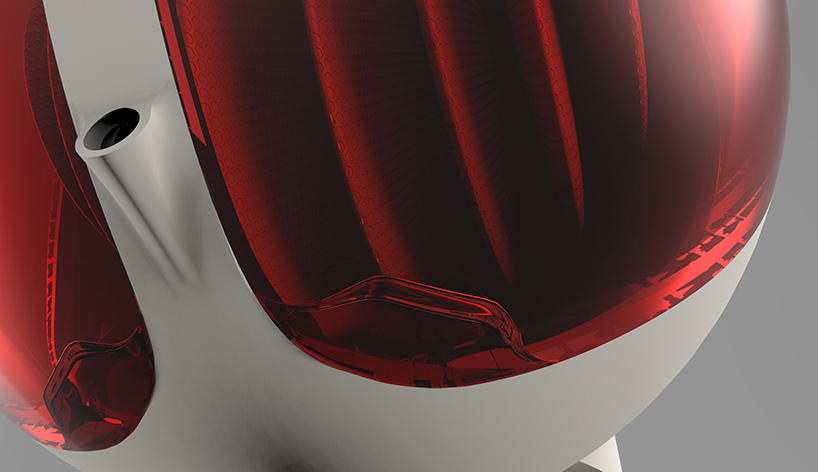