makoto orisaki has developed ‘or-ita’, a special shaped blade which fits inside any rotary cutter. with this tool one can perforate cardboard or any other dull material, and then fold it just like paper, sculpting the chosen medium in their own way. the young japanese designer has created a limited edition of these self-made cutter blades, which he is selling in order to earn enough money to start mass producing them.

using this new tool, six designers have created three-dimensional works made of cardboard, demonstrating the blade’s capabilities. the have been presented in an exhibition entitled ‘cardboard high’, curated by designboom friend eizo okada (publisher of http://www.dezain.net), and was on show at claska gallery&shop in tokyo, during tokyo designtide 2010. 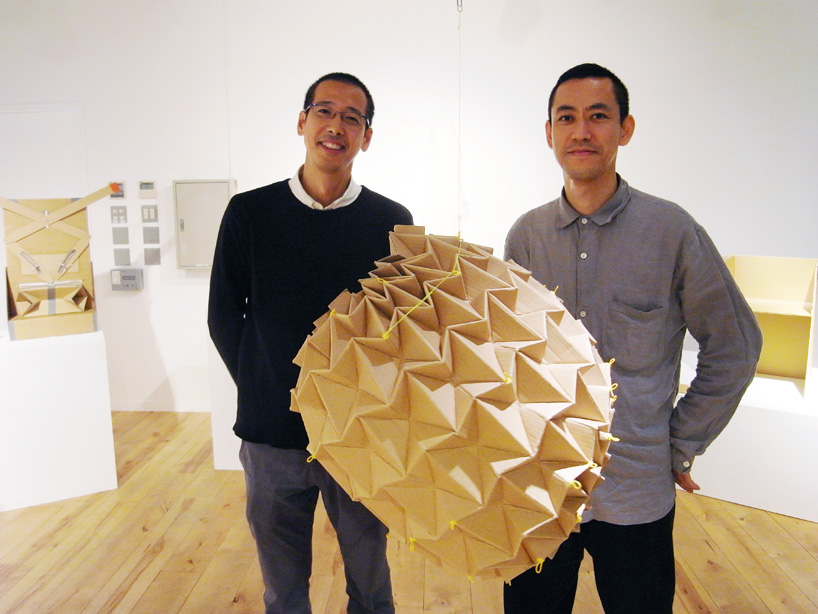 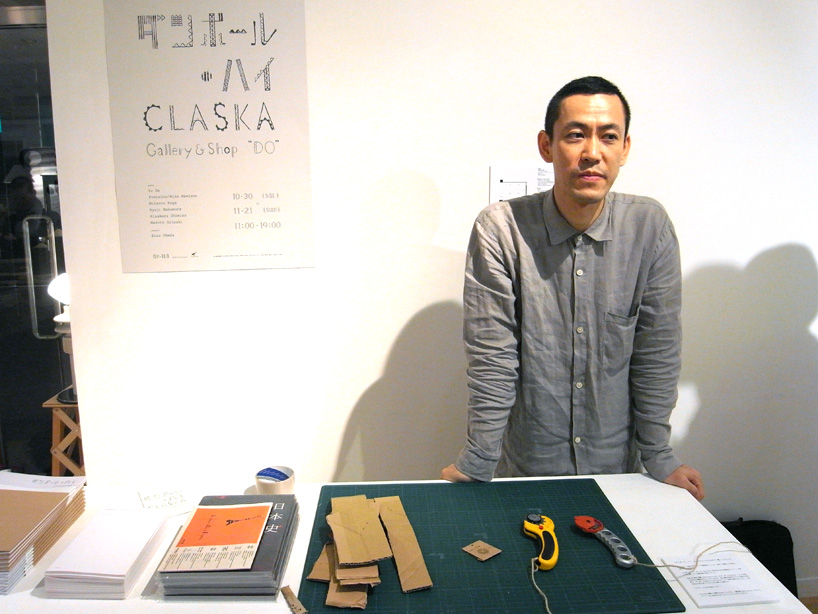 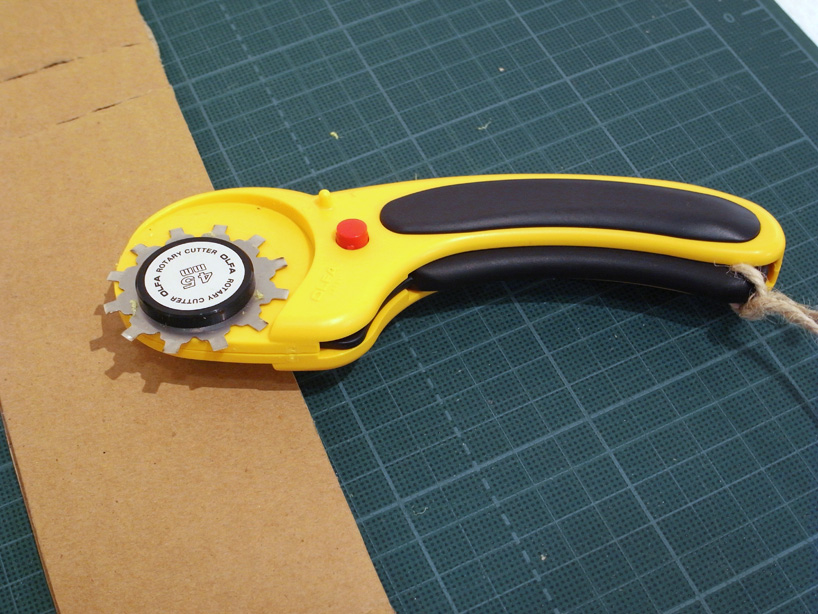 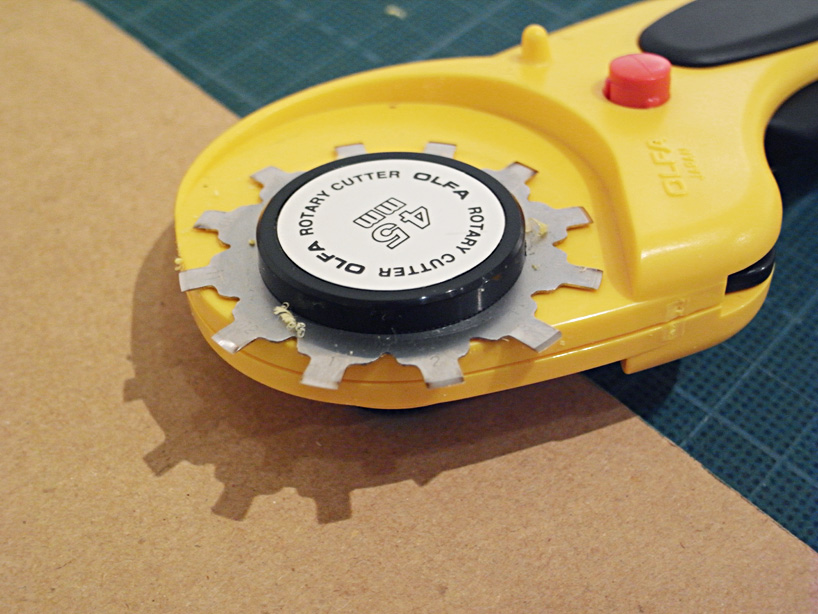 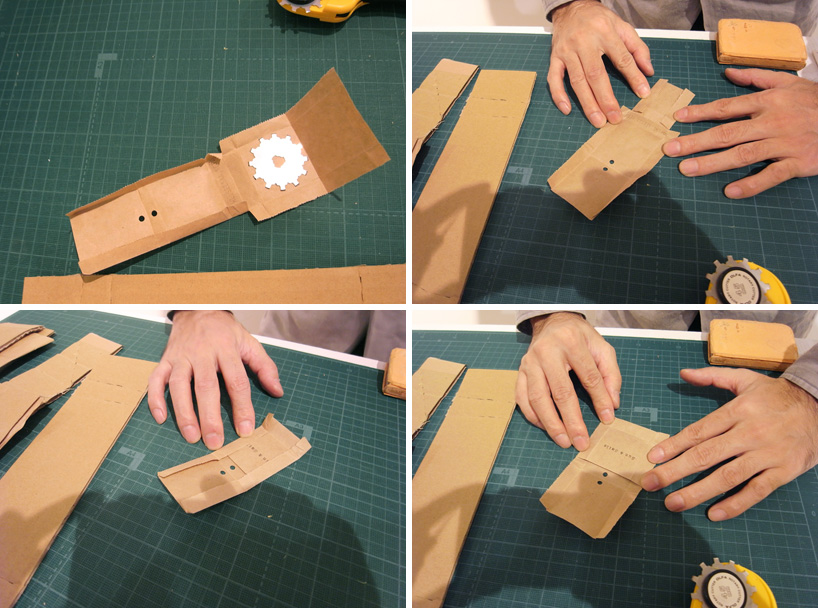 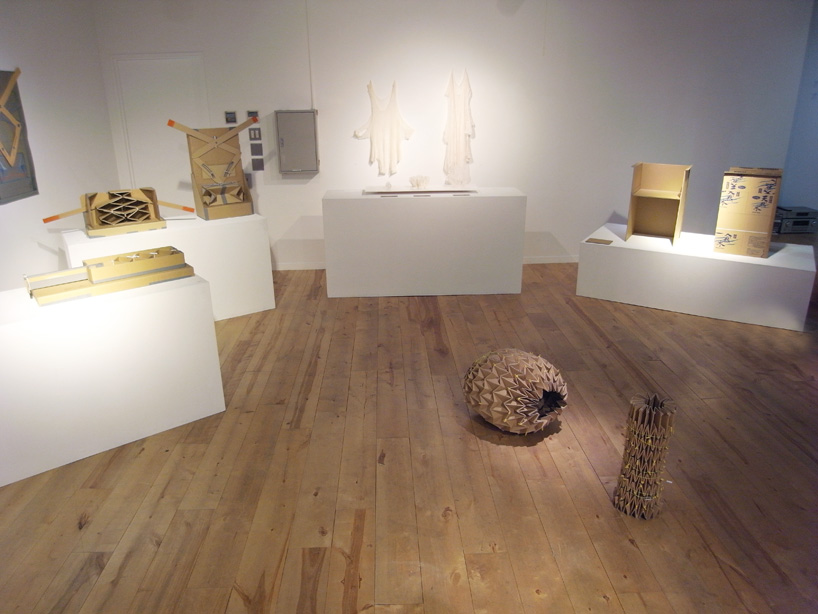 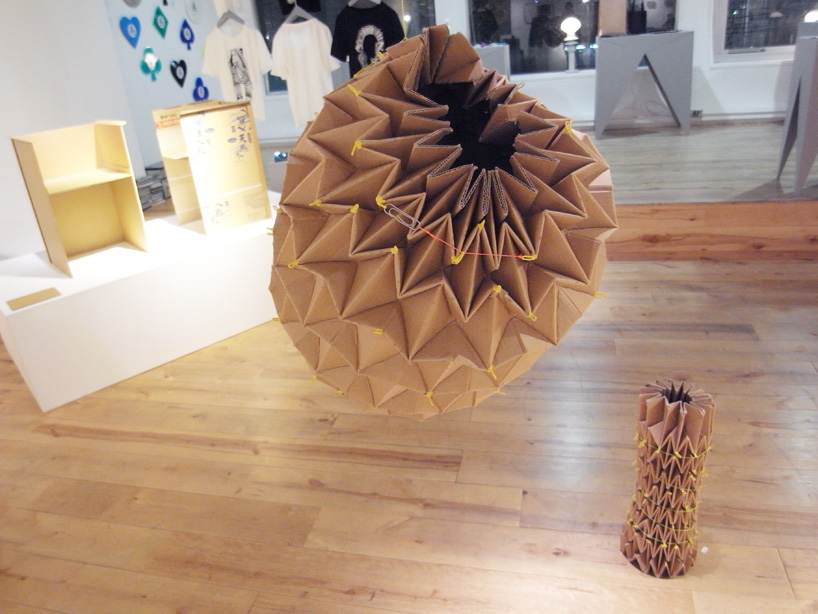 for his piece, makoto orisaki repeatedly folded a large sheet of cardboard, working the material for 15 hours to create an origami magic ball. the object explores the functionality of origami through the medium of cardboard. 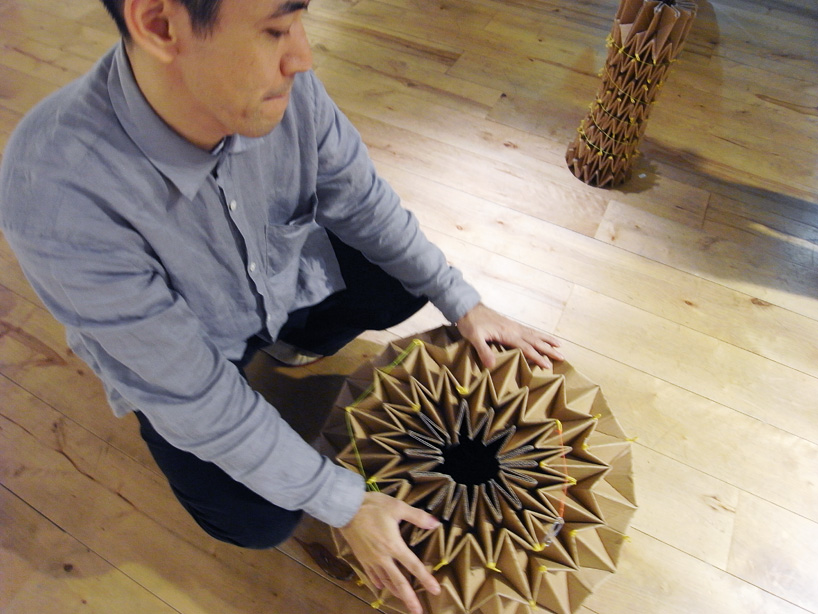 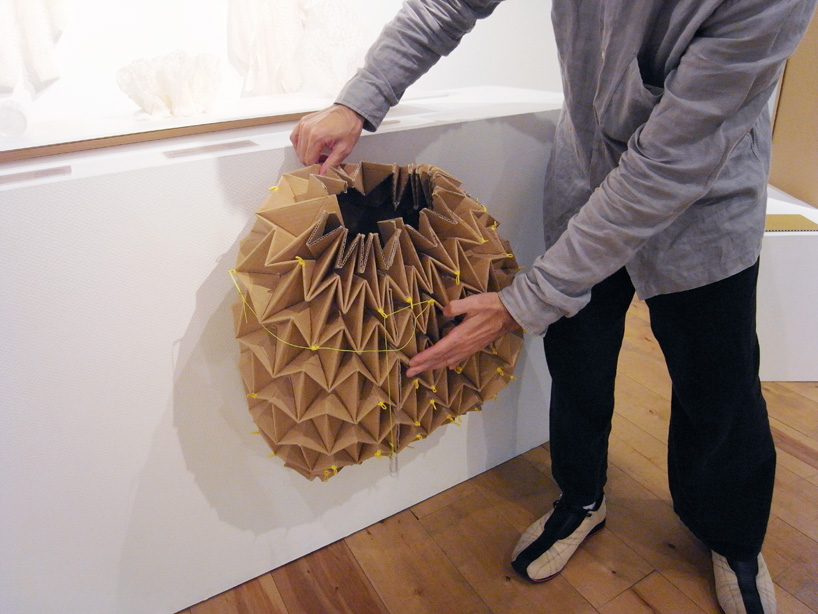 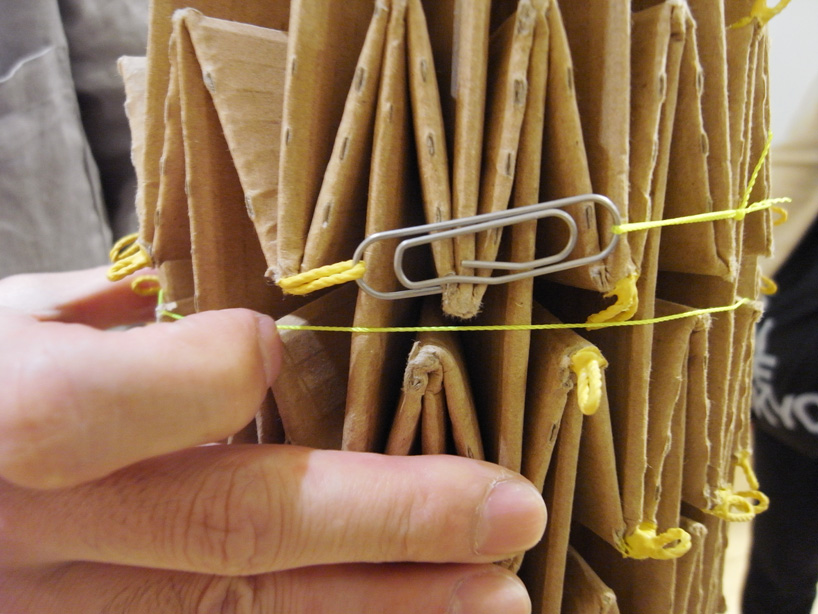 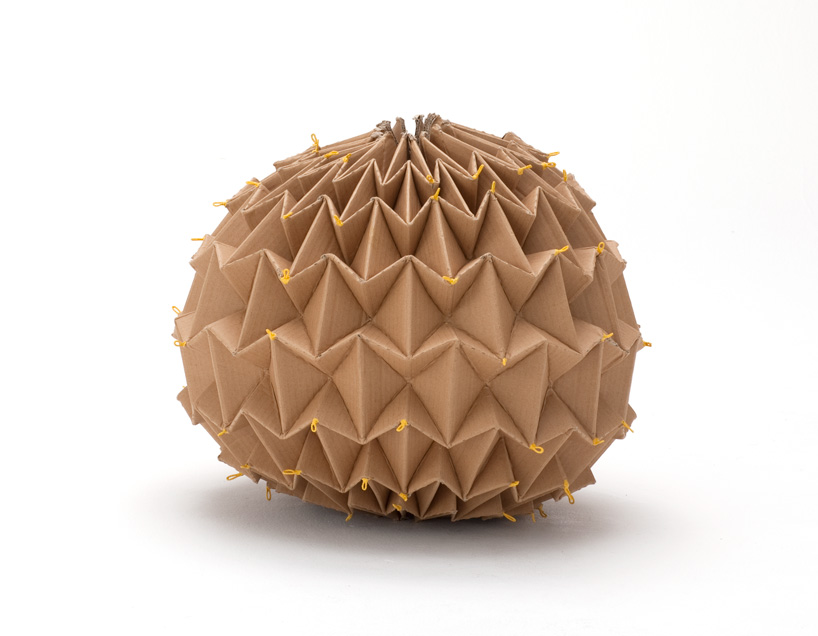 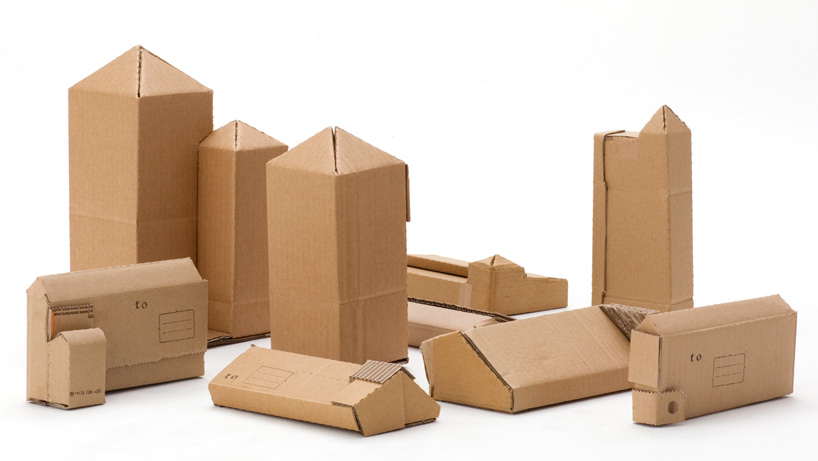 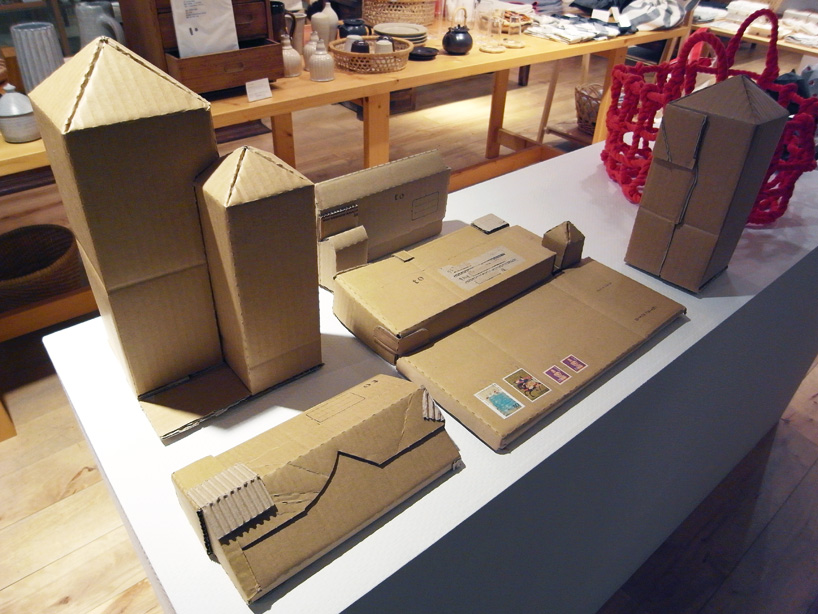 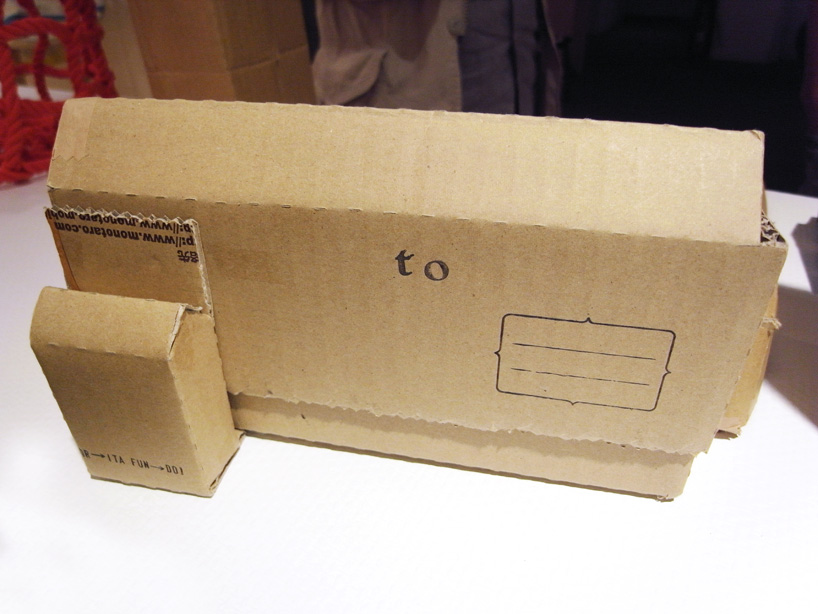 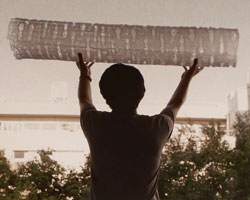 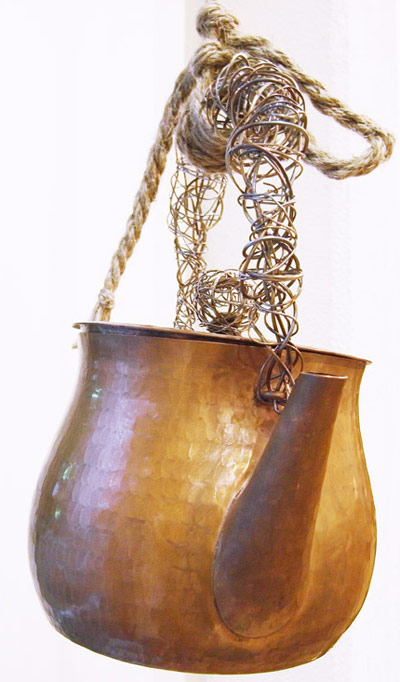