for the latest men’s scent by marc jacobs titled ‘bang’, the fashion designer himself has lent his naked body for the ad campaign to promote its debut into the fragrance market. initially conceived by business partner rober duffy, the ad showcases jacobs laying over top of a sheet of mylar and a strategically placed oversized ‘bang’ fragrance bottle.

the ‘bang’ campaign was photographed by jurgen teller with art direction by peter miles.

for jacobs, using himself as the poster boy for ‘bang’ felt very natural.

‘my immediate reaction was, I don’t know. but then I came to see that it made sense. men’s fragrance, unlike women’s in a certain way, is very personal.‘ – MJ 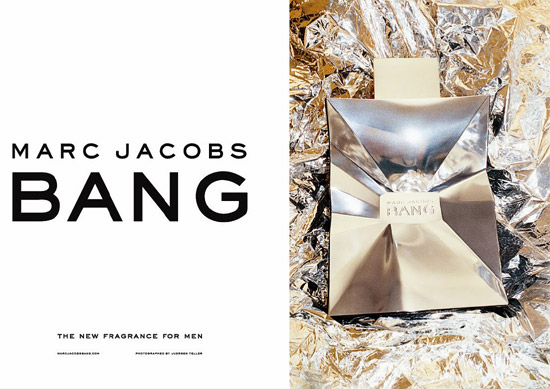 the scent will be available in july in marc jacobs stores, with the ad being presented in september fashion publications. however, this racy imagery will not be used for all markets. jacobs cropped at the shoulders with the fragrance beside his face will be used in midwest areas. meanwhile, the middle east will only use the bottle as the main imagery for its campaign.

Feb 15, 2021
AVAVAV unveils four-toed monstrous boots made from leftover luxury scraps
florence-based emerging brand AVAVAV has unveiled its vision of the future or what we might want to wear once all this social distancing madness is over.
design
677 shares
connections: +330