a couple of years ago, marc newson was approached by a small french company specializing in the production of aerospace components, to develop a wearable jetpack which would allow one to fly independently. something which has long existed within the realm of science fiction – think ‘running man’, ‘return of the jedi’, ‘the rocketeer’… – the actual realization of a personal flying apparatus has yet to be uncovered. the australian designer’s ‘body jet’ concept, envisions as he says, ‘a small object you could strap yourself into – which is not a new idea and was tried as long ago as the 1950s, but no one has succeeded in making a commercial reality or even managed to do it cleverly, not to mention with good looks.’

the formal qualities of the ‘body jet’ are in line with newson’s aesthetic vocabulary, the overall shell of the device being made from carbon fibre. padded armrests offer comfort to the user, with functional elements such as landing gear, extend to the ground and retract when in the air. employing a patented gyroscopic control system for manoeuvring, the possible airtime one can receive using the personal air travel deviceranges between 45 minutes and an hour. the limit of their maximum altitude is dependent on the quantity of fuel that is necessary for the individual to return to the ground, as well as the amount of oxygen which is available to them – all of these factors being controlled by avionics.

the ‘body jet’ is designated for take-off and landing pads, much like helicopters, and has potential applications in the military. though it has not been realized, newson’s intent with this project is that it would become available to the public. 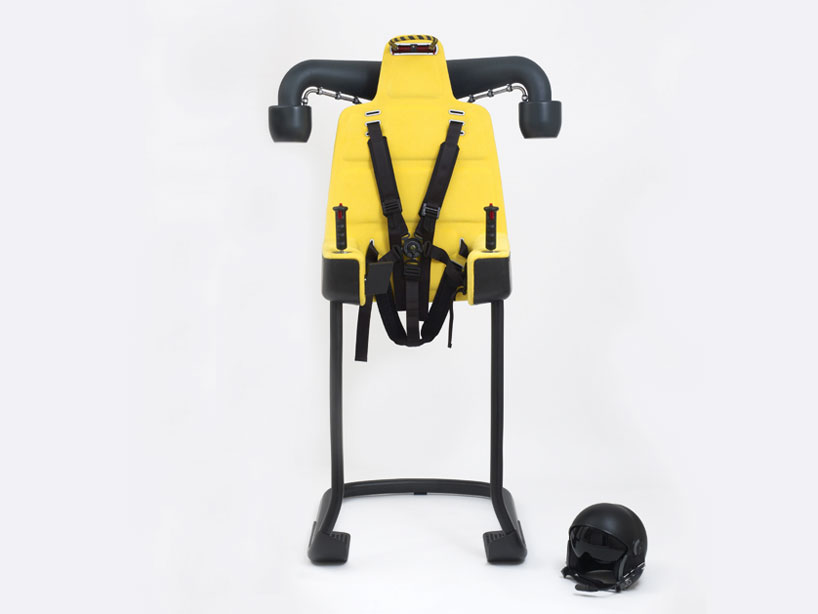 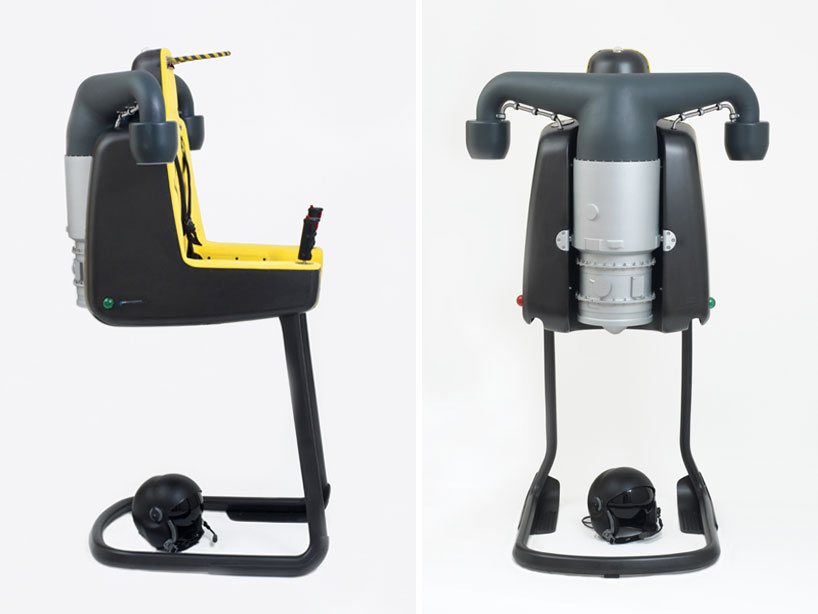 made from a carbon fibre shell, the design provides padded armrests for user comfort 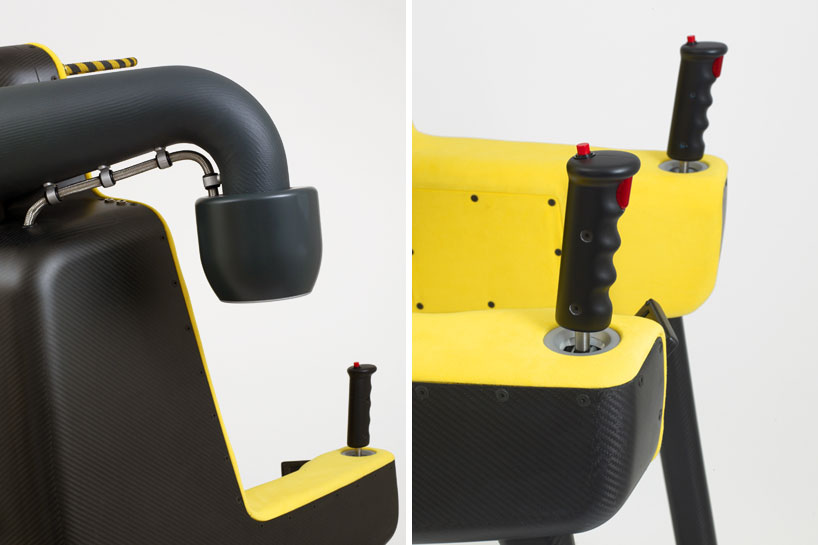 the pack is controlled using a gyroscopic control system 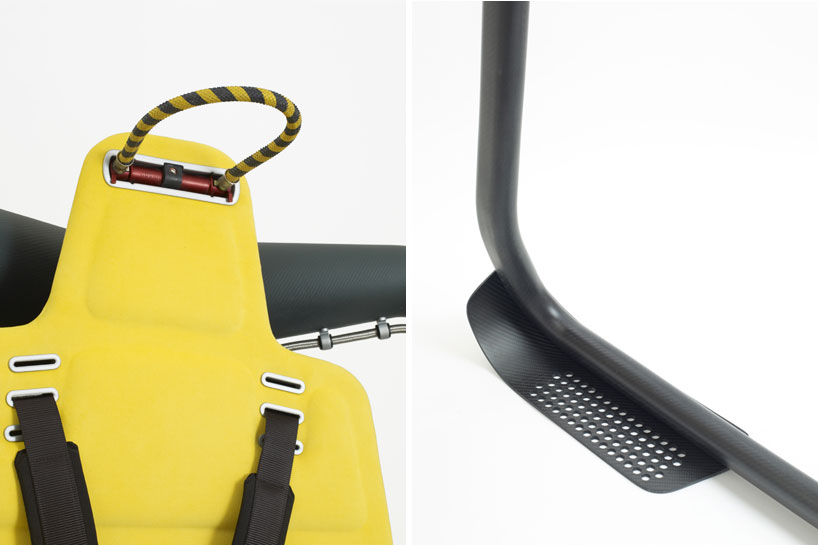 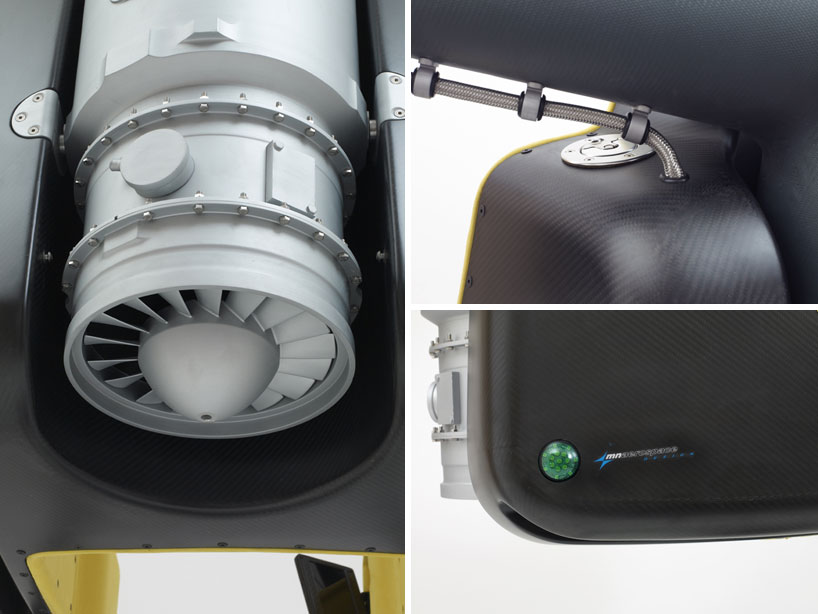