marc owens was recently a participant in the designers in residence programme at the design museum in london. supporting emerging talent within the field of design, the museum with selected designers to create site-specific installations on the ground floor of the cultural institution.

owens is best known for his avatar machine which replicates the aesthetics and visuals ofvirtual gaming, allowing users to become virtual characters themselves, in real space through a head mounted interface.

he designed costumes which represent the various characters that populate the virtual world. to develop each costume, he captures three dimensional data from virtual worlds such as second life and world of warcraft. he then edits the data in rhino, a three-dimensional CAD (computer aided design) programme. a three-dimesional scan of himself is then taken, with the outline of the figure represented as a triangular mesh format consisting of a series of verticals and triangles which define the shape of the body. using this outline, the costume is then simplified and scaled to fit an adult figure. the files are then exported to a computer programme called pepakura designer which ‘unfolds’ the three-dimensional data into flat nets. these nets are then scored and cut using a polypropylene manufacturing process and constructed to create real-life low resolution body parts that make-up the avatar characters. 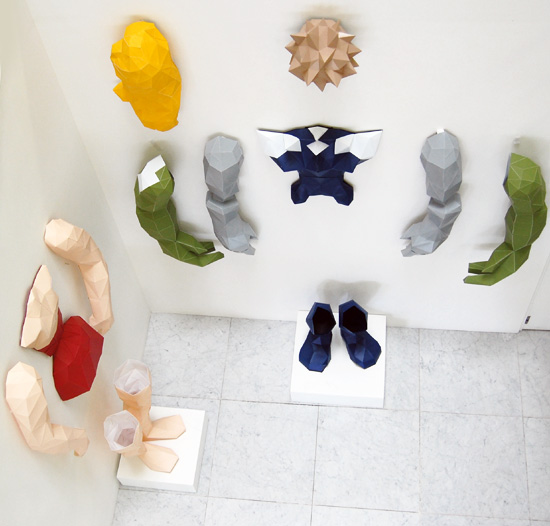 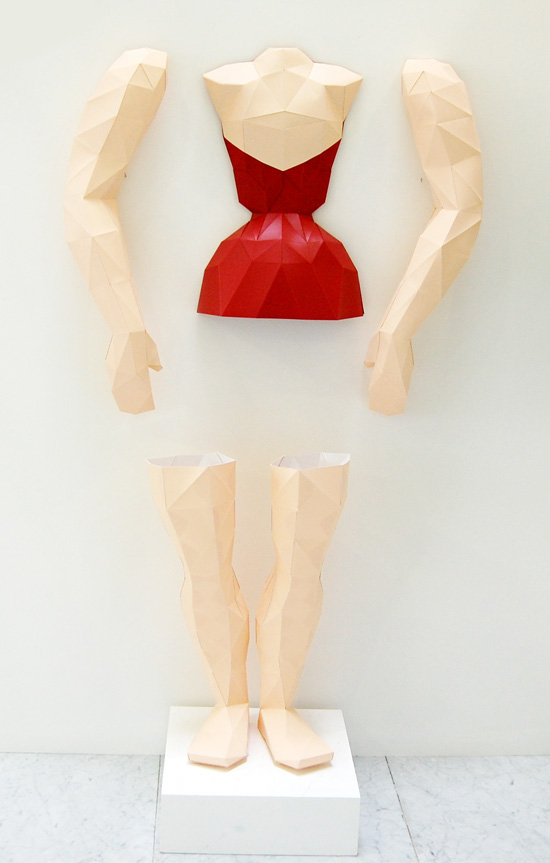 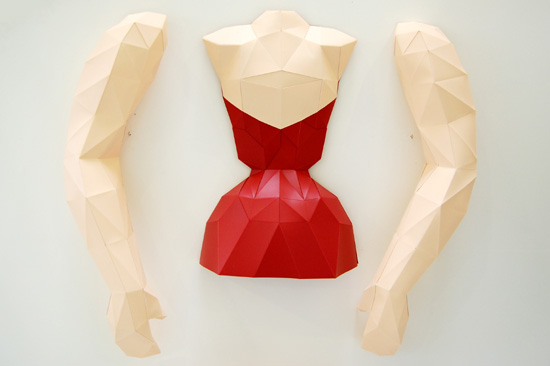 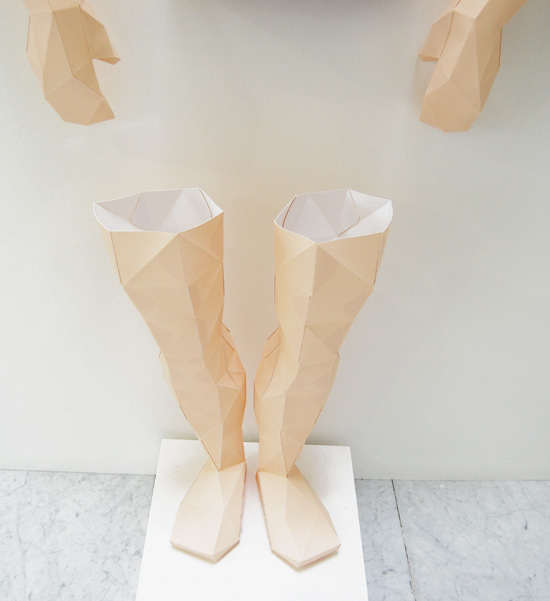 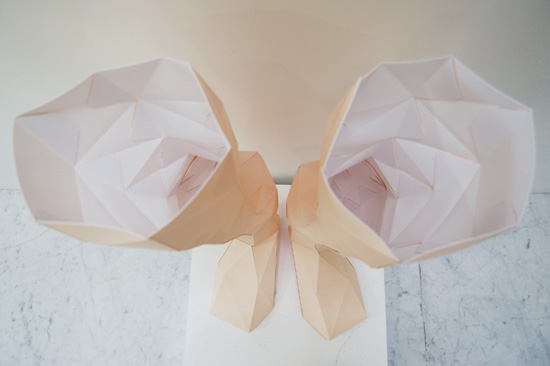 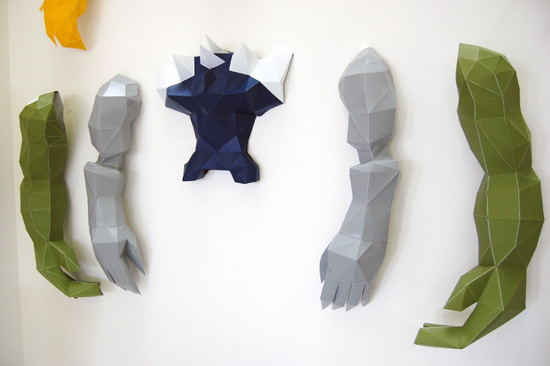 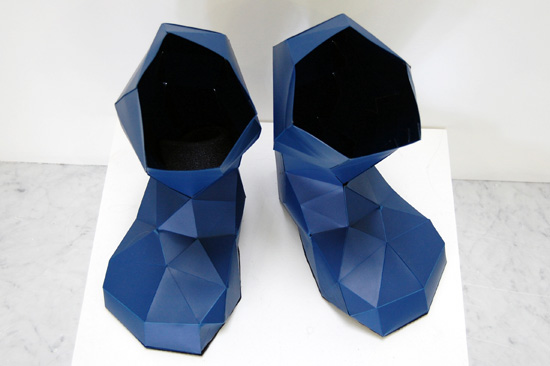 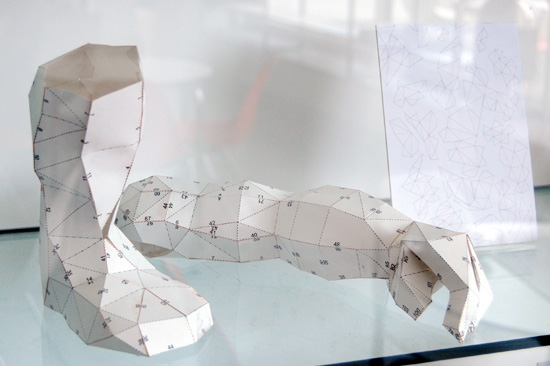 mock-ups of the costumes image © designboom 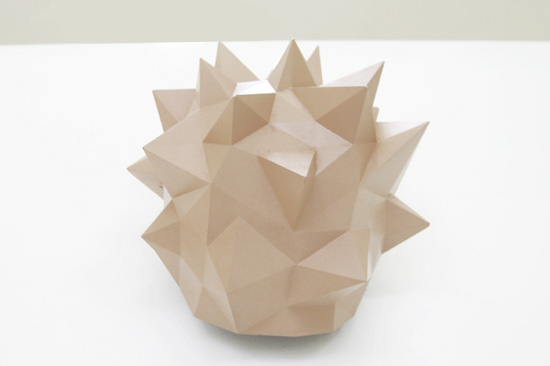 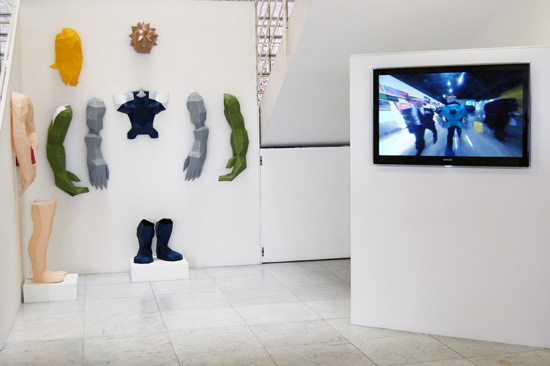