on april 1, 2020, new york gallery friedman benda initiated a series of online interviews aimed at connecting individuals across the world with leading voices in the creative field. design in dialogue is a conversational program hosted alternately by curator and historian glenn adamson and designer stephen burks that engages with designers, makers, critics, and curators as they reflect on their careers and creative processes. against the backdrop of COVID-19 and global lockdowns, the conversations are held virtually on zoom for 1 hour for anyone in the world to tune in to, and include a participatory Q&A with the audience in attendance. friedman benda has since presented more than 40 episodes, and will continue with a lineup of future guests, each offering unparalleled insight into the sensibilities, musings, and memories of today’s creative protagonists. see our recent feature of paul cocksedge on object-making at all scales, and a 3-part interview with andrea branzi on his origins, ideas and influential career.

on november 25 2020, design in dialogue welcomed a name everyone in design knows — marcel wanders. the dutch design luminary joined glenn adamson to share his early experiences in the field as a part of the droog collective, his entrepreneurial ventures since — including work in product design, hospitality, brand collaborations, and more — and finally, the introspective heart of his practice, as exemplified in his recent exhibition at friedman benda, simply entitled portraits. 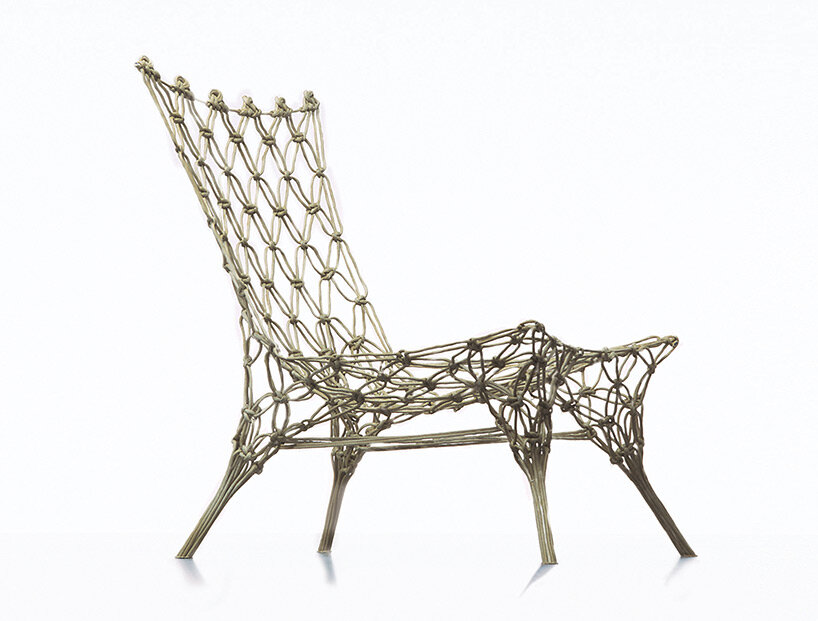 wanders started the session with an intimate, comical recollection from his past that offered insight into his motivations, intentions, and early trajectory as a young designer. ‘I wrote a little in story in the year that I finished school,’ he shares. ‘it was a story about a little baker that used to bake bread with a nice hard crust. over the years, the baker decided to make the crust of the bread more soft — people would complain about bleeding gums, and that they had to cut off the crusts because they were too hard. so, the baker had innovated, and the bread was better. we have an expression in northern europe for kids who don’t want to eat the hard crusts of their bread: moms will say — well you can’t learn how to whistle if you don’t eat the bread! so at some point in this village, a kid walks in the street and hears a sound, and finds the baker whistling some beautiful sounds. he tells his mom and soon after the whole community wants to have this bread again, because they want to whistle. so — it’s a story about innovation. when I look back, I think it’s amazing, because as an aggressive kid, there was still an understanding that there were things we could lose that were more important than what we could win; we need to look back if we want to look forward; we can take beauty with us on our path.’ 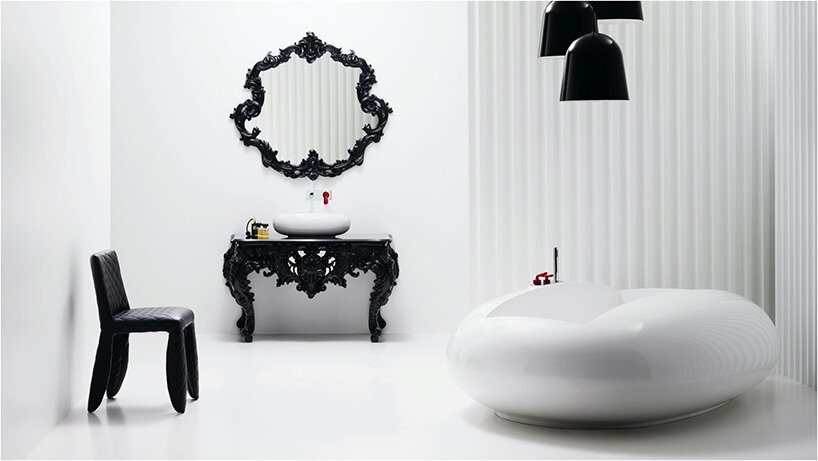 wanders went on to discuss the satisfaction and challenges in the early expansion of his practice, which has gone on to encompass interior design, branding, corporate collaboration, and art direction.  ‘I love to do things I can’t do, and I think I’m best at the things I can’t do — it makes me have to solve problems that I didn’t see before,’ he says. ‘you learn if you challenge yourself in new areas. around 2000, I decided to start doing interior design, because I thought it was the same but bigger. it turned out that when I started doing this, everything that I designed looked really boring and the whole idea of interior design was so different. I really had to find a new philosophy in myself that could work for that. it became a very different thing. my language and my vocabulary really had to change. for a while it was hard to explain what I did because I was searching. I think the same goes for other areas of interest.’ 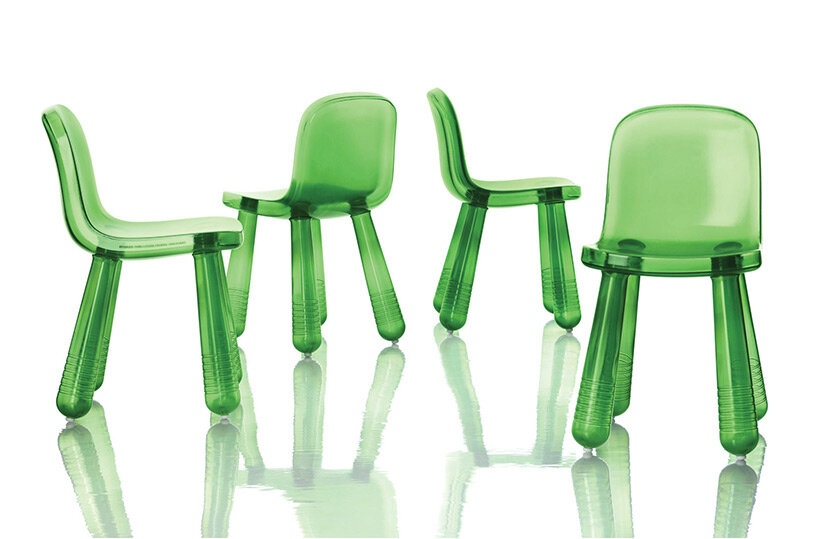 in particular, wanders elaborated on the gratification he gets from working with clients, and how a client’s parameters, insights and own aptitudes help him push projects further and produce great ideas. ‘I like to work with clients because they allow you to do something that alone you wouldn’t do,‘ he continues. ‘by now, I would be really bored with my design activity if I never had clients. if you don’t have clients, then everything has to come from you. in a way, the projects we make are my babies. to make them well, I have a client that I like and has capacities that I don’t have — and then there’s me. if we both put our best foot forward, then the genetic formula of that baby has the qualities of me and the client. if that comes together in a good way, then you have the chance to do something extraordinary.’ 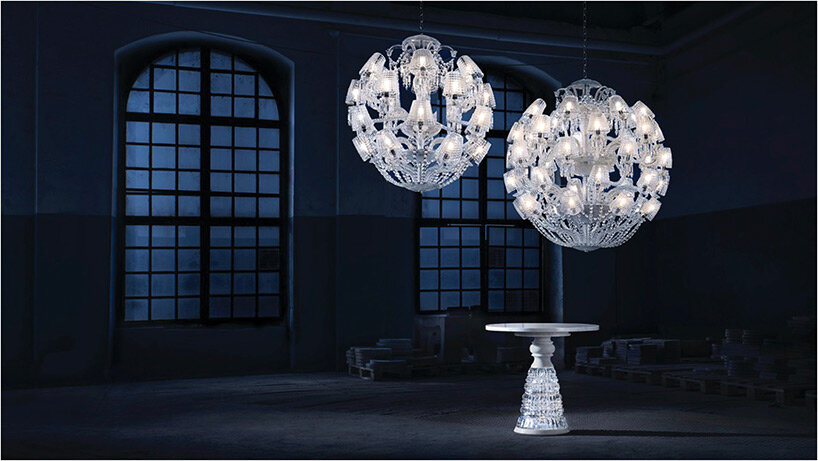 finally, wanders spoke about the idea of building an aesthetic empire, and specifically the desire to be as adaptable, abundant, and open as possible to a variety of aesthetic interpretations. ‘if I get a quest, I dive into that quest and try to find a way to solve it in the best way,’ he says. ‘other designers might be afraid to lose themselves, afraid what they might do is not ‘them’. I know in every fiber that even if I could do something that wasn’t me, I would immediately do it! why not — just to try it. but I can’t. it’s like trying to be someone else. I’m not afraid to be another part of myself. I’m afraid to be the smallest version of myself. I would like to look at myself and say — if I can reach it, maybe it’s me, maybe it’s not. I would love to define myself as large, instead of small.’ 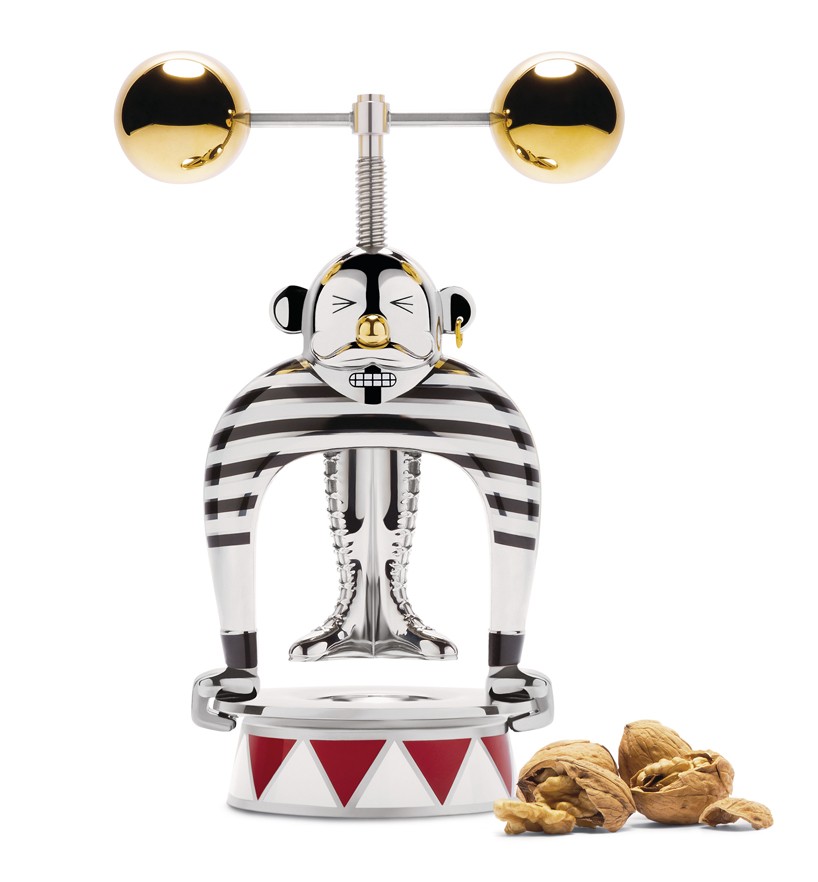 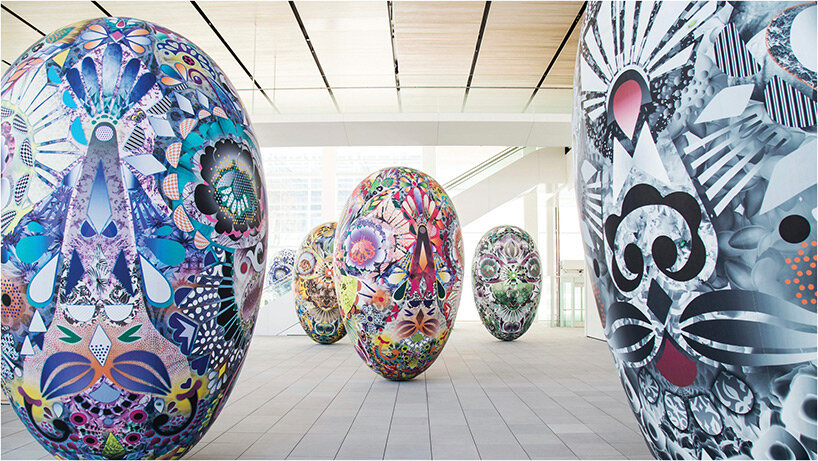 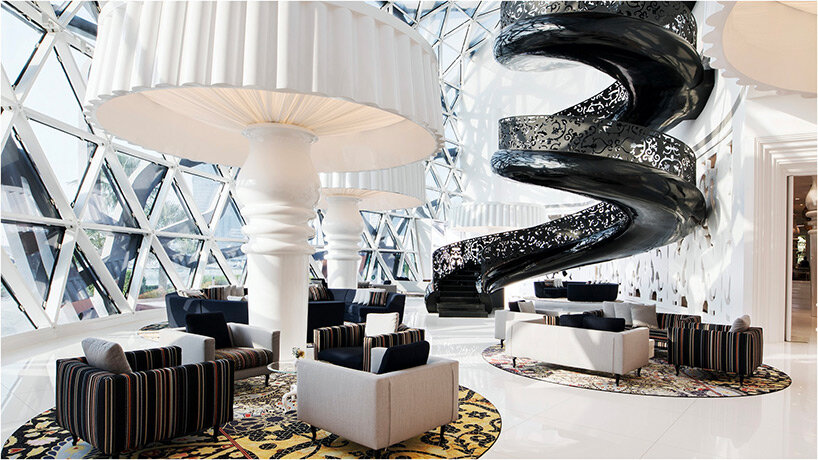 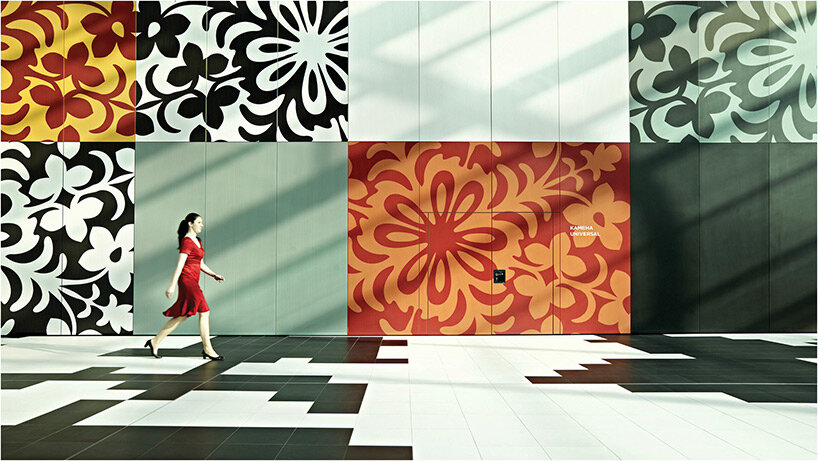 attention is given to details, eclectic materials and noble surfaces at the kameha grand bonn in germany 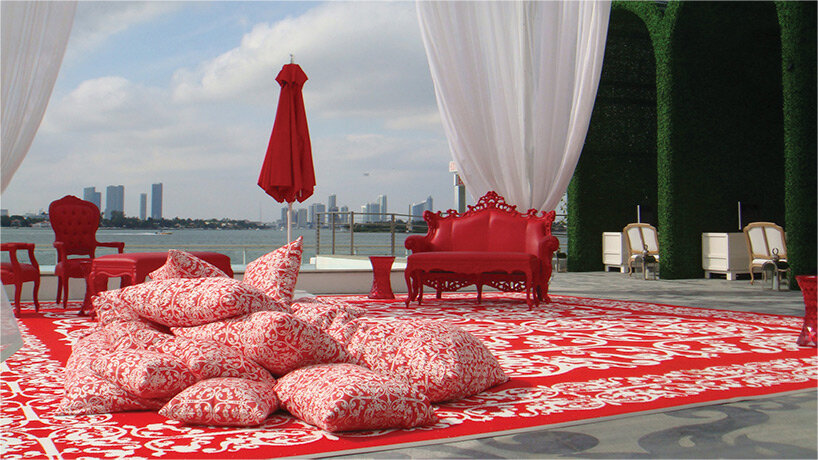 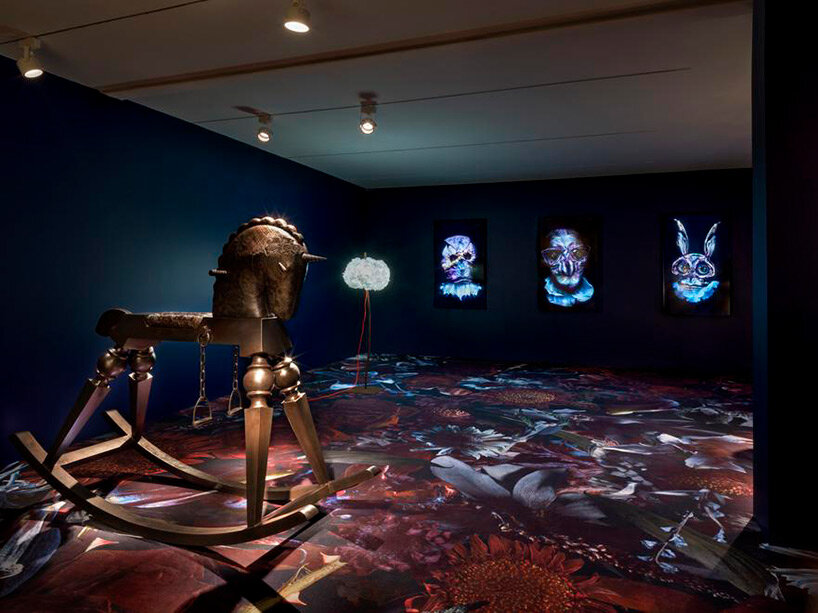 wanders explored a more intimate side of his personality through a staging of imaginary characters interacting within a distorted fairytale for the exhibition ‘portraits’ at friedman benda
photo by andrew meredith, courtesy of friedman benda 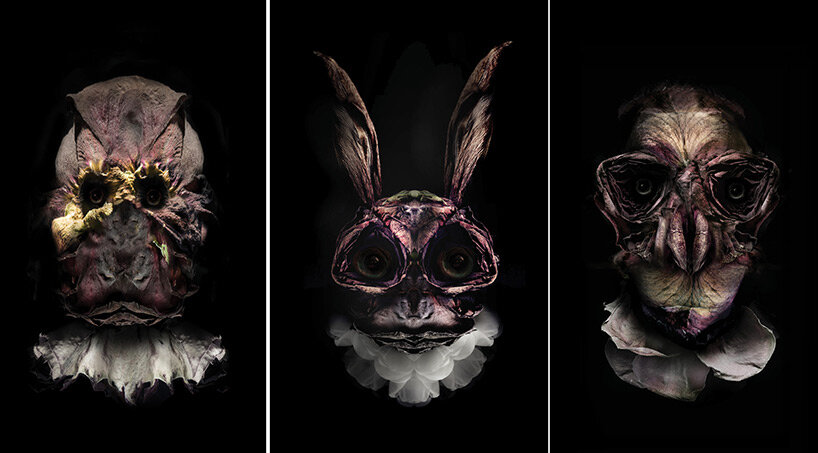 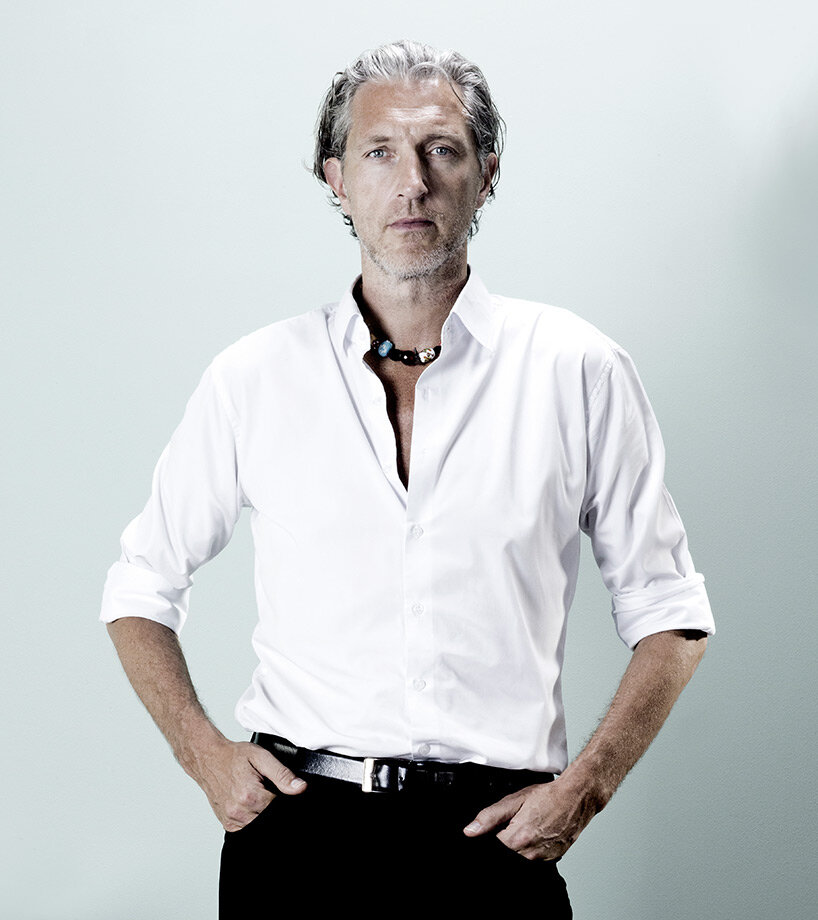 watch the full video interview with marcel wanders at the top of the page and stay tuned as designboom continues to share design in dialogue features. see all past episodes — and RSVP for upcoming ones — here. 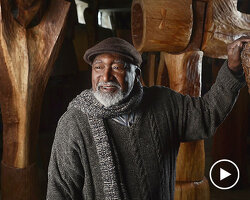 Oct 27, 2020
thaddeus mosley on sculpting with the spontaneity of jazz for friedman benda's 'design in dialogue' 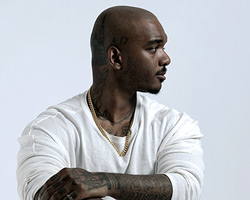 Oct 13, 2020
samuel ross on society, socialist value systems, and self for friedman benda's 'design in dialogue'

Oct 27, 2020
thaddeus mosley on sculpting with the spontaneity of jazz for friedman benda's 'design in dialogue'

Oct 13, 2020
samuel ross on society, socialist value systems, and self for friedman benda's 'design in dialogue' 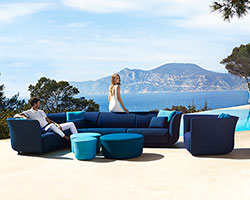 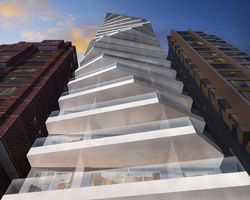 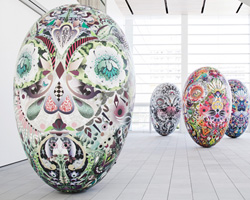 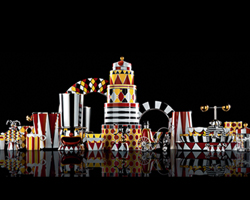 Sep 02, 2016
marcel wanders brings the show to town with the alessi circus collection