lighttube is an outdoor installation by architect marco hemmerling which is currently being exhibited as part of the 9th annual festival ‘arbres et lumières’ in geneva, switzerland which runs until january 3rd, 2010.

located in the city’s centre square pierre fatio, the concept behind the lighting installation is based on two aspects of spatial perception. the first is to amplify the relationship between the structure’s central column and its surrounding trees. by reinforcing the correlation of the trees with the centre of the square, the light structure focuses on the connection of the vertical elements of the site. the second aspect of design is that though being a connector, the lighttube manages to establish its own presence, derived from the evolutionary principle of growth. the abstract idea transforms into a shape that puts the trees as well as the column and space in between into a new light, incorporating a constant change of color for the illuminated trees and the membrane structure to support the idea of evolutionary transformation, while at the same time generating an ever-changing perception of the scenery. 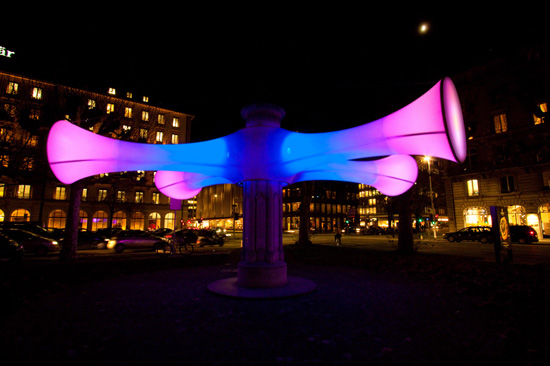 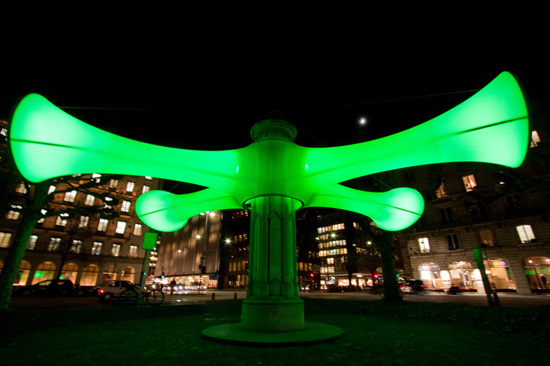 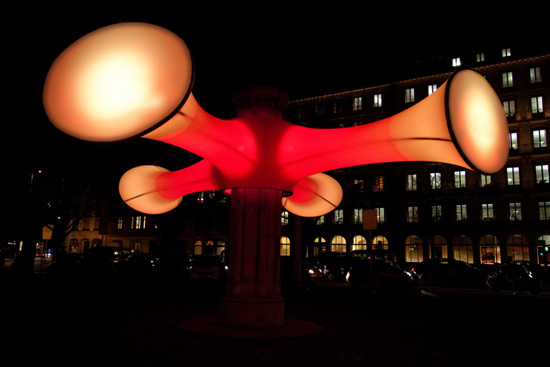 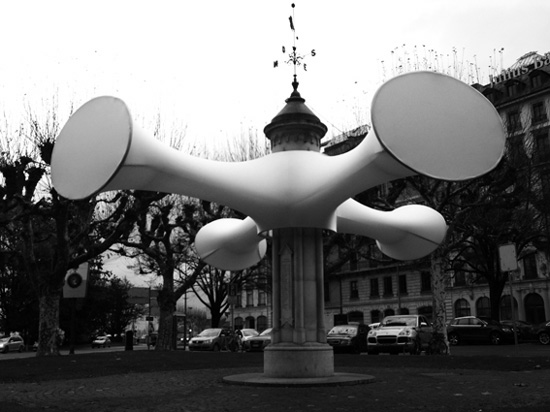 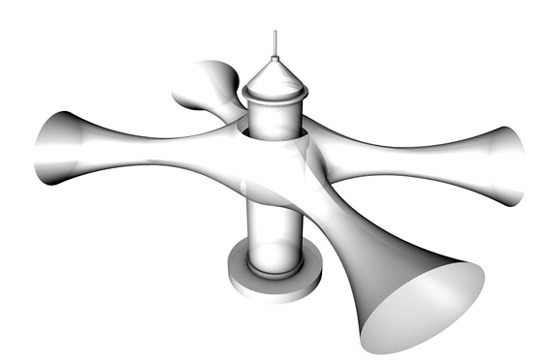 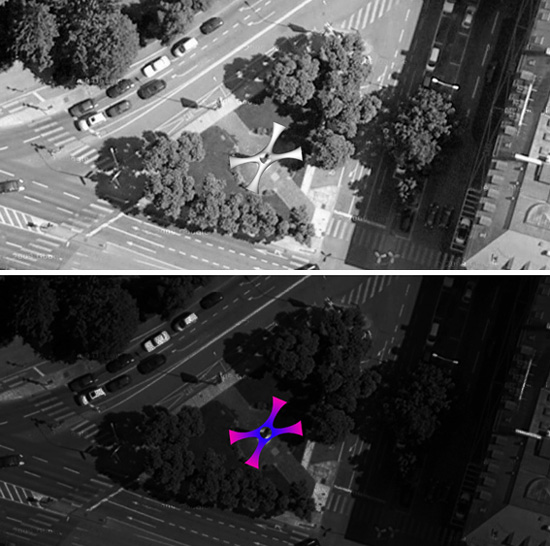 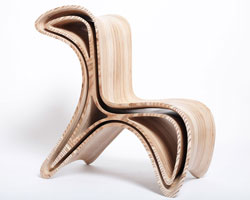