at maison et objet 2010 in paris, dutch designer (based in spain)  marre moerel presented her new collection of earthenware ceramics, based on the universal cone shape. through experimentation andmanipulation she developed several objects with very different forms and functions.‘monja’ table lamp series 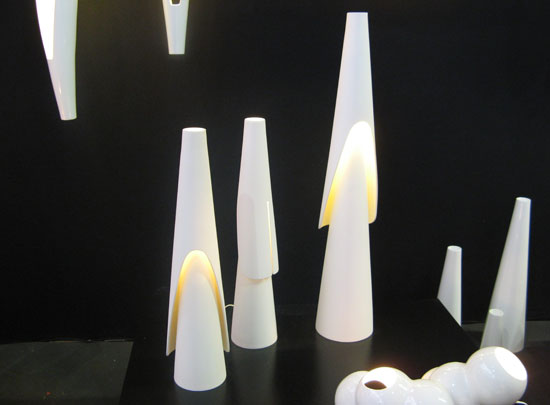 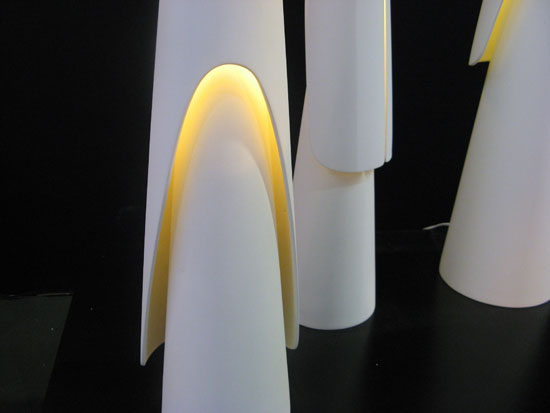 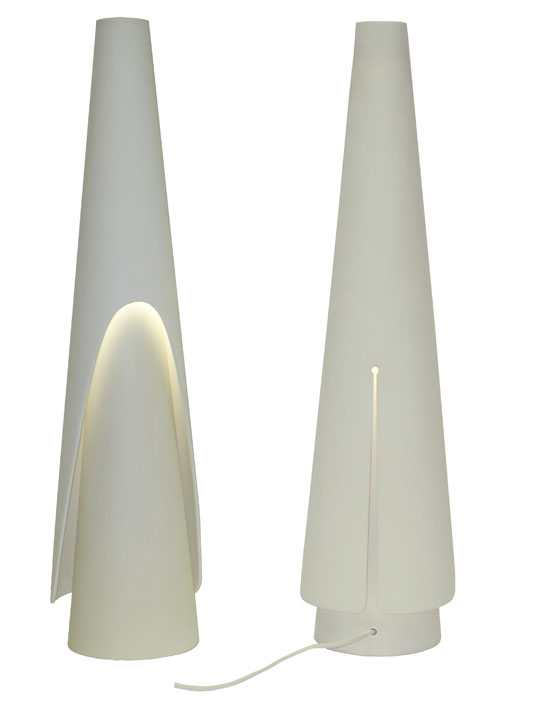 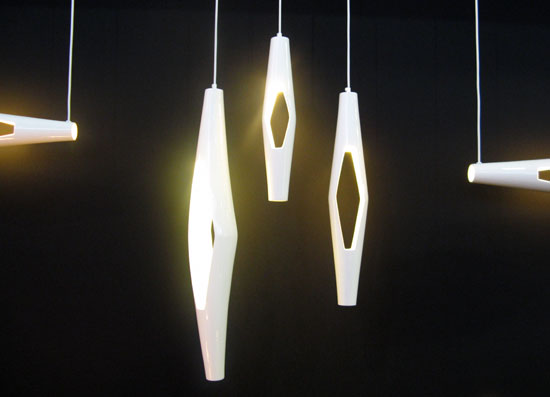 from the basic cone shapes moerel created ‘diamond lights’  – a new series of pendant and wall lamps-, by joining 2 cone shapes at their base and cutting into the newly created romboid. resulting were 3 different models in 3 different sizes.

the monja series (spanish for ‘nun’), has been created by stacking one cone on top of another and lighting the piece from within. through the opaqueness of the ceramic, the upper shade seems to be floating above the lower ceramic base, hereby creating a more abstract sculptural composition. 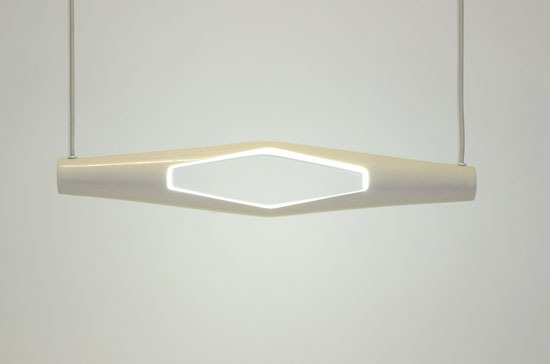 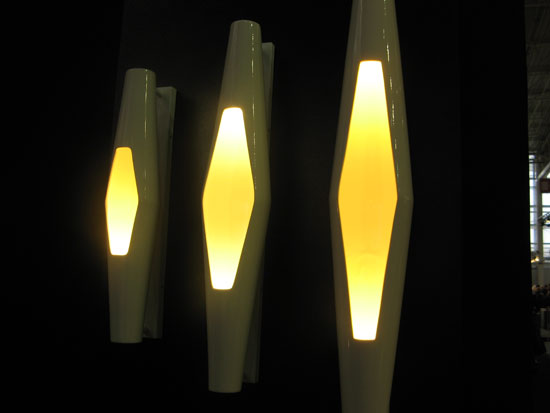 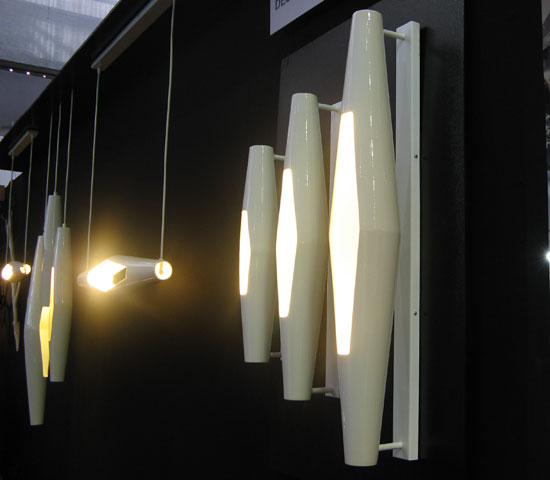 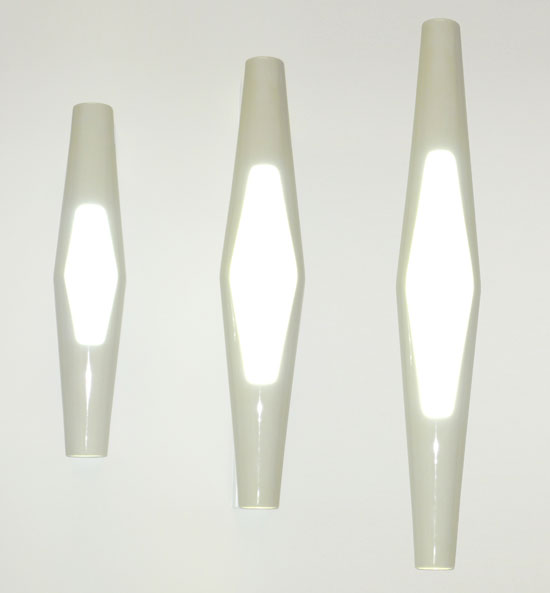 besides the lighting also some tableware has been developed along the same theme. first was the small tea/coffee set ‘metae’. the teapot was influenced by old traditional cooking pots: a simple shape with a stereotypical handle and spout ‘crudely’ attached. the cups being a simple section of the cone. lastly the cone shapes have been adopted to create a series of cups called ‘spill’, that can be used both as small tea/espresso cups as well as shot glasses. here the spilled ceramic acts as a handle to prevent fingers from burning on the hot, unspilled, liquid… 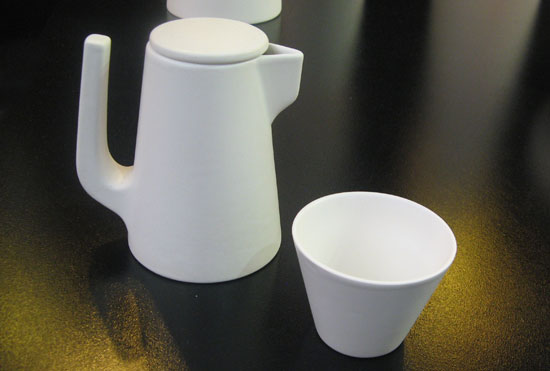 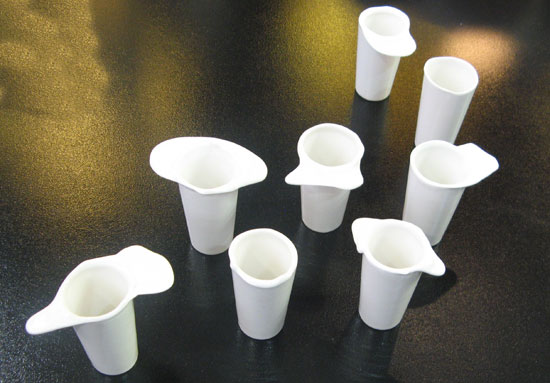 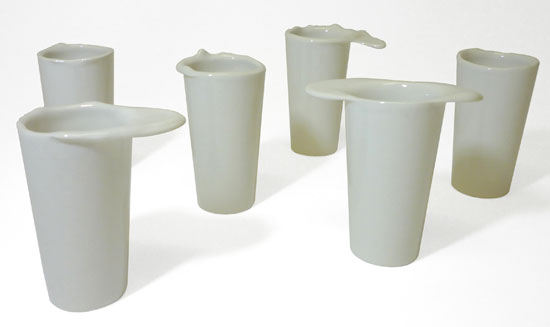