‘border crossings’ is an explorative project by central saint martins grad-student marta monge. the project addresses the increasingly serious issue of illegal immigration into the EU — particularly from the sub-saharan and magrheb regions — and fictitiously delves into the stories of migrants, and the perilous journeys they endure. it tells the tale from a personal perspective, rather than the hysteria and fear mongering media’s, in hopes to humanize those who will do anything in their chase of the elusive european dream. 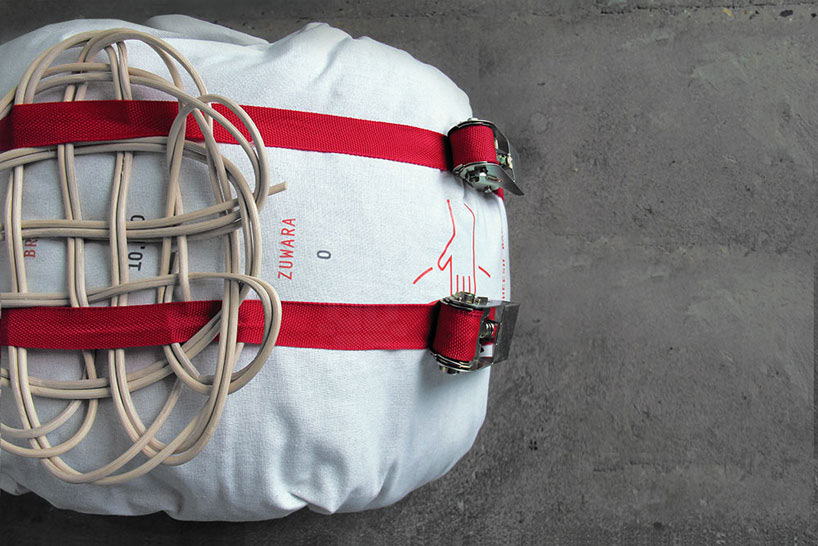 a series of tainted objects, each representing a specific frontier, attempts to encapsulate the obstacles that must be overcome to pass the border. it is intended that behind the ad-hoc solutions there is no designer, only an illegal traveler determined to keep moving forward. monge presents the various artifacts through the fictitious clandestinity watch foundation, an enforcement agency responsible for the interception of unlawful individuals. a brief video gives shape to the alternate reality, simulating a typical TV reportage. cameras are given exclusive access to the evidence room, where seized tools and possessions are archived.

most immigrants who land upon europe’s southern shores are natives of central and western africa, making their principle obstacle miles upon miles of desert. the ‘baksheesh bag’ is the improvised tool of choice. here, the distant border is replaced by the more immediate issue of vehicle checkpoints. of course, the self-appointed officers holding the post will let the truck go, but it will take a small baksheesh–gift–to do so. the satchel is made of bulk rice sacks sewn together. printed on the surface from top to bottom is a decreasing amount of central african francs, and the names of cities with checkpoints that stand between them and the sea. the sack can be stuffed with personal items for travel and as bribe offerings when the money runs out. rolled up and fastened with ratchets, it also works as a makeshift seat. 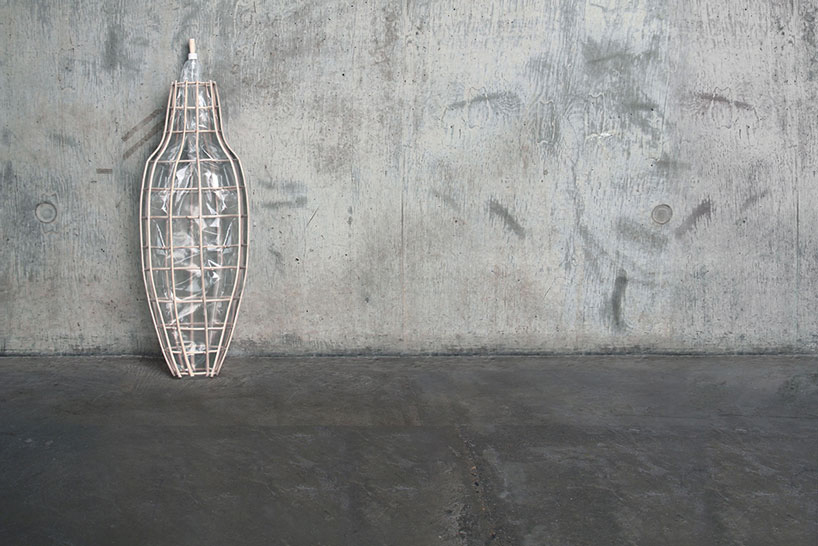 arguably, the small strip of water between the libyan coast and italy’s sicilian beaches is one of the most frequented european access points. old, rusted out tin-can fishing vessels are often stuffed by smugglers to the point of capsizing then driven to and abandoned within the republic’s sea borders; where they are rescued by the marina militare. a popular fishing tool originally used on the repurposed ships is the ‘nassa’, a traditional, hand-woven trap. in the traveling adaptation, the ‘nassa’ is filled with an inflatable bladder from a clear plastic bag. when all else fails and the boat goes down, the object can be used as a small flotation device in lieu of a life vest. 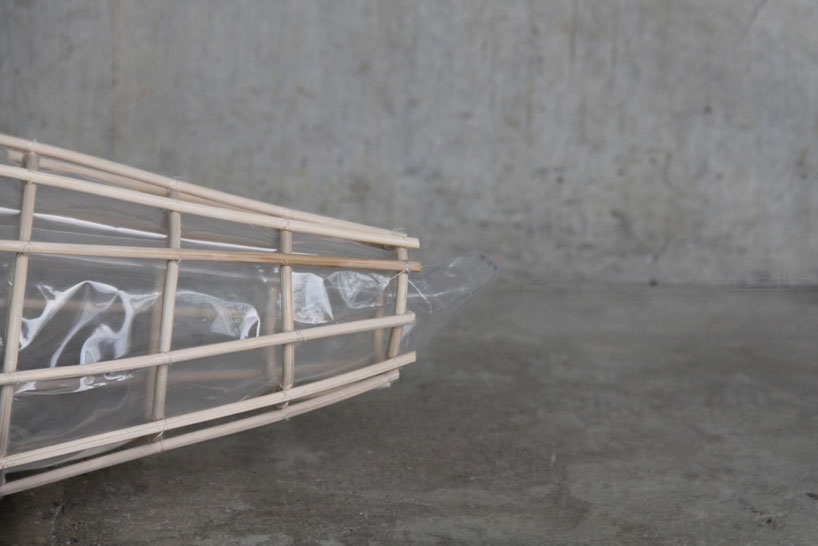 detail of wooden and plastic structure

landing on european soil is usually only the first step for many, who hope to one day reach northern countries. illegals make the trek in any way possible, avoiding identification by taking advantage of the shengen’s open borders. the northern city of calais, france is often the beginning of the end. a small port town on the pas de calais, it is separated from the UK by a mere 34 kilometers (21 miles). nestled along the channel immigrants try, by any means necessary, to jump aboard docked lorries. 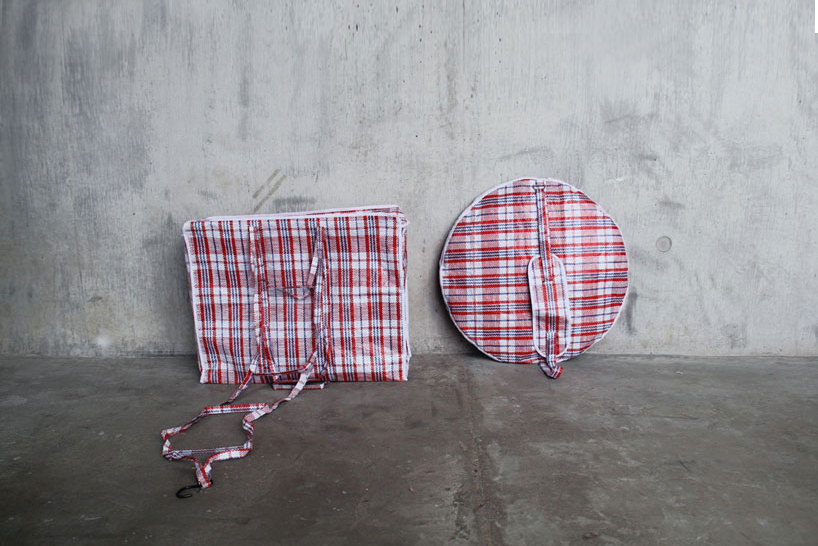 the ‘stowaway luggage set’ is a checkered plastic bag altered to address the border. extended handles unfold, forming a soft ladder that can be grappled on the deck of a ship. once aboard, the accompanying faraday bag is opened to reveal a collection of sewn together thermal blankets — distributed by non-governmental organizations to the migrant population. the cylinder form pulls overtop illegals, rendering them invisible to the endless sweep of thermal imaging cameras of border authorities. 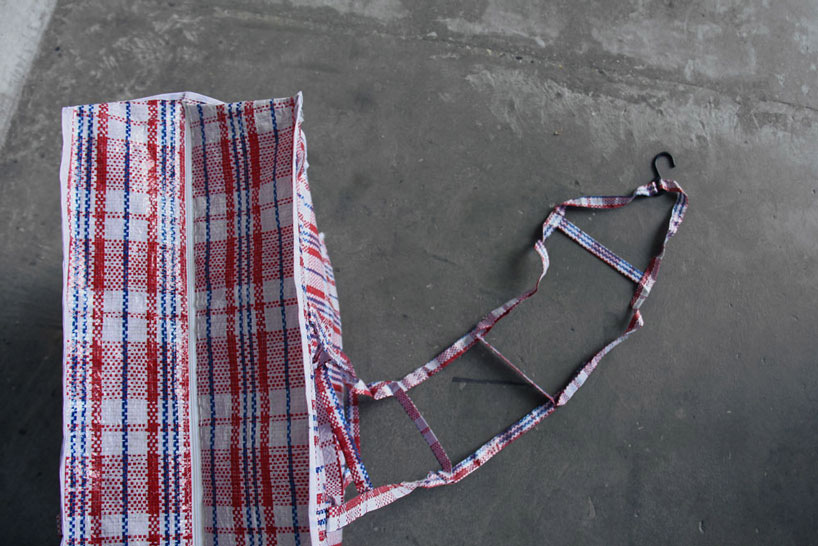 ‘border crossings’ takes a critical look at the nameless crowds plastered across newspapers and television screens. each immigrant has a story, and through monge’s atypical tools, one can see the ingenuity, craftiness, and blind hope of the illegal traveler. for more information on the project, visit ‘border crossings’ site here. 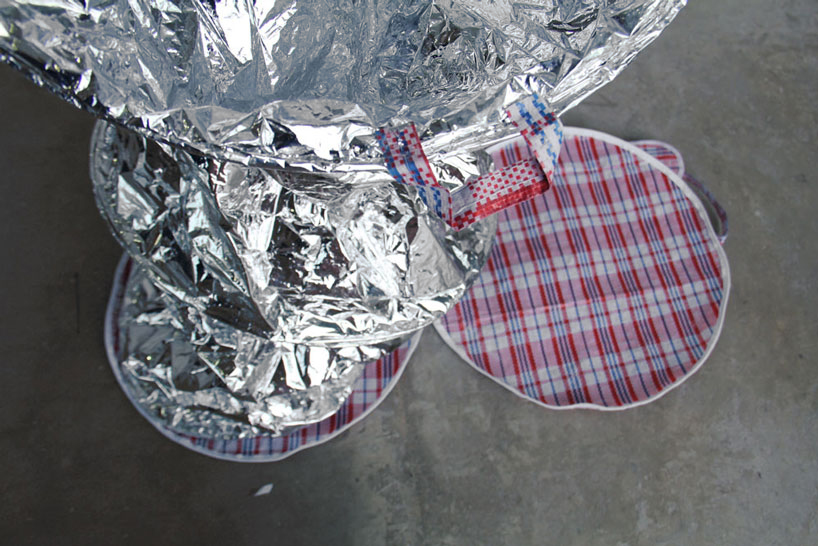 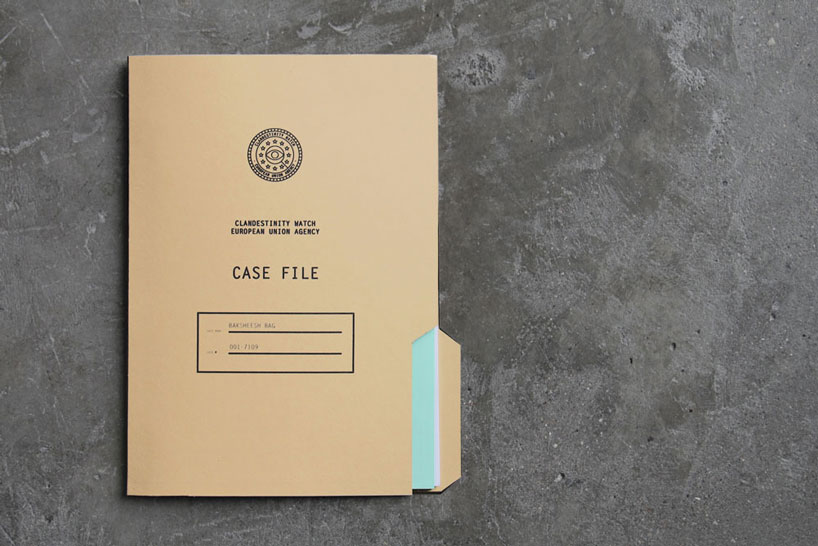 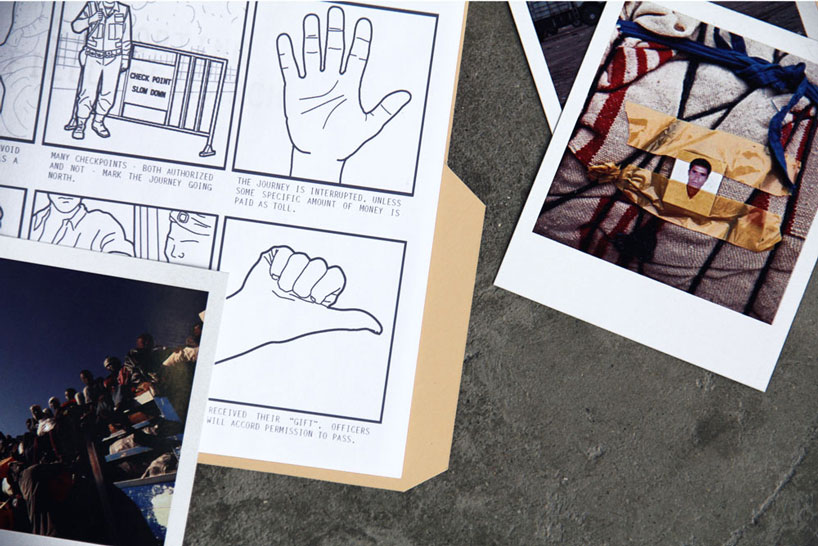 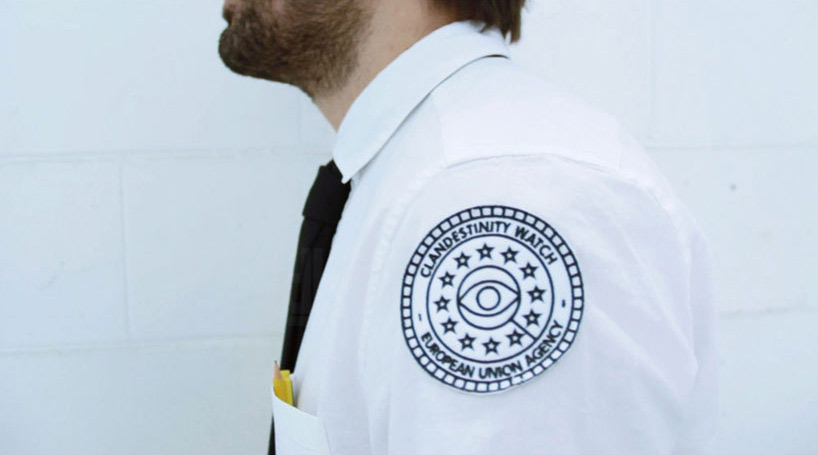