‘figurative office siesta cubicle’ (F.O.S.C.) is an installation by catalan designer martí guixé, on show at the spanish shop vinçon, barcelona. a large cardboard object constructed in the shape of a whale sits in the middle of one of the retail space’s rooms, its mouth wide open. as one peers inside, they see that the marine mammal’s belly is furnished with pieces designed by guixé, including the ‘flama lamp’ for danese. the installation invites visitors to enter and take a nap. F.O.S.C. is meant to promote the idea that the siesta is an experience that goes beyond the idea of a basic ‘break’. 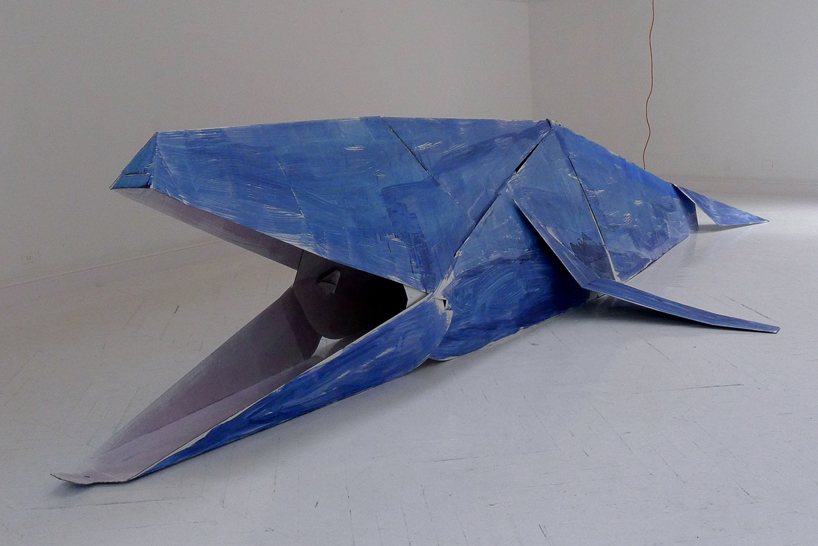 a cardboard whale acts as a shelter image courtesy of imagekontainer 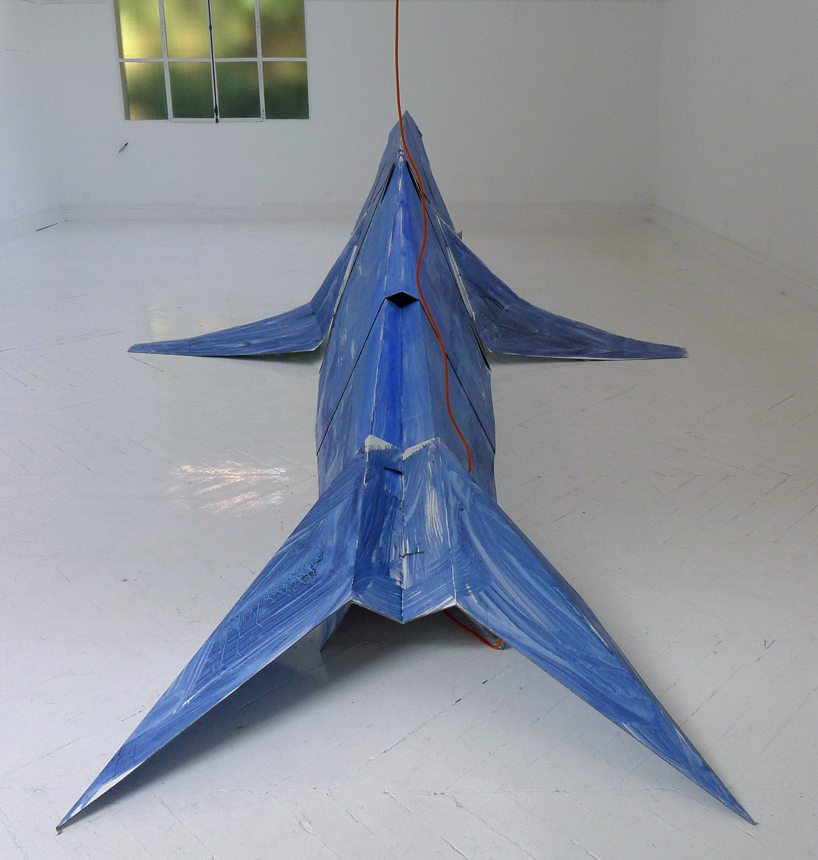 back view image courtesy of imagekontainer 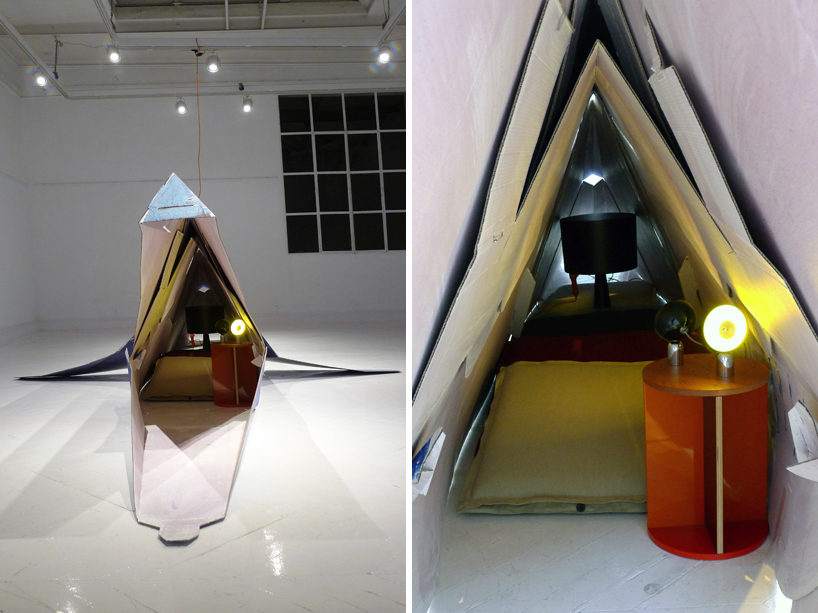 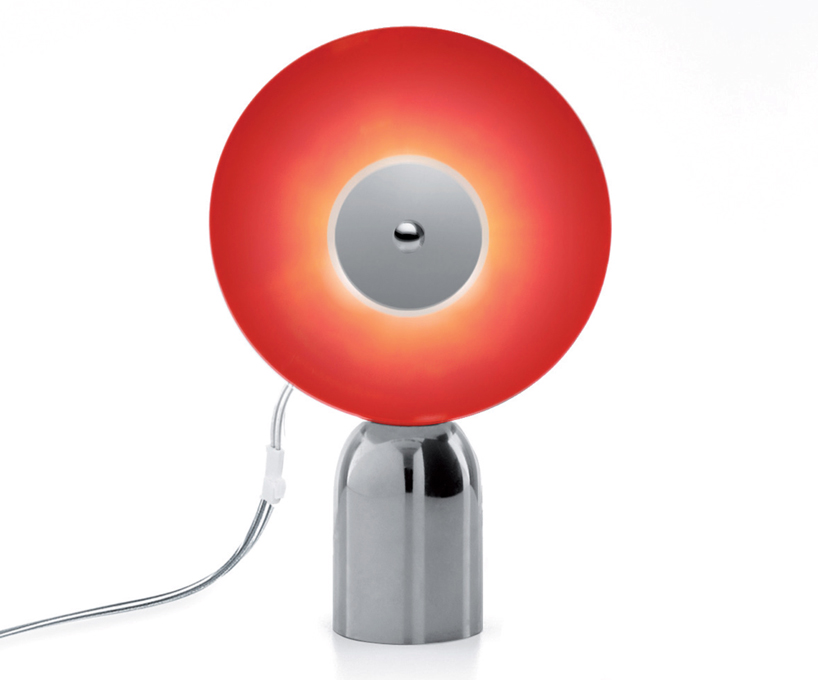 guixé’s ‘flama’ light for italian company danese, is a candle holder that becomes the magnetic base whereby an LED diffuser is placed to direct light as you prefer. the more traditional light is combined with the most technologically advanced source.

‘the history of light in your hands. ‘flama’ is a lamp that integrates fire as a proto light and at the same time the cutting edge led technology, a kind of meta lighting device. a lamp you can touch. the object is made of several pieces that can be easily put together in different ways in order to build a lamp typology according to your light requirements. you do not adapt to the light, the light adapts to you. the idea is that depending on the position, order and sequence of the parts, you can build an entirely different lighting; this fact promotes the perception of ‘flama’ as the first lighting object with a quantic behavior.‘ – martí guixé