martí guixé is more than a designer, he is a contemporary life reader; he looks at the present time and interprets it by designing objects, ‘handy works of art’. he surprises and impresses us with his ideas to create new tools apt to stamp foods and not paper. 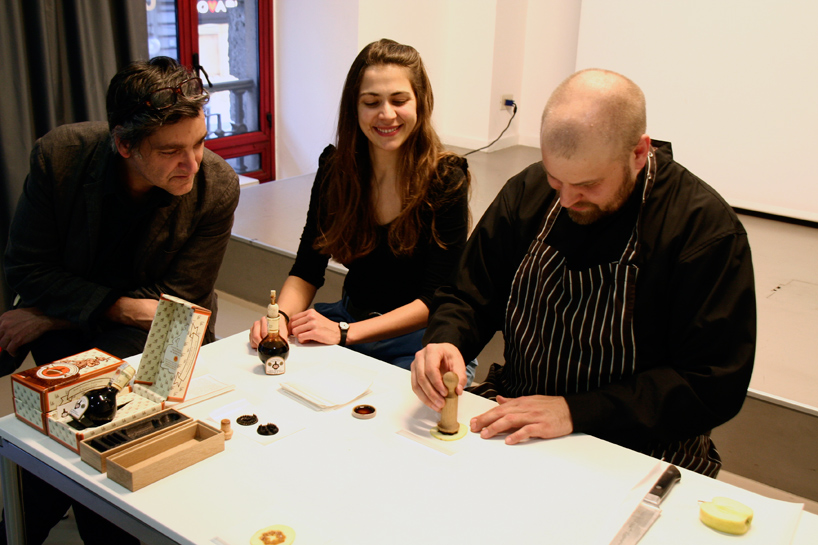 in a recent workshop in milan, which designboom attended, martí guixé uses the traditional balsamic vinegar of modena (ABTM) instead of ink. the special medium is made of two ingredients: the cooked grape must and the aging time, recognized in its traditional typicality as DOP (protected denomination of origin). you need just a few drops of ABTM to transform a simple taste into a delicacy. the traditional balsamic vinegar of modena seals its flavors and aromas with this new exhibition. a stamp, designed exclusively for antica acetaia villa bianca and their product, leaves colour, flavour and scent. 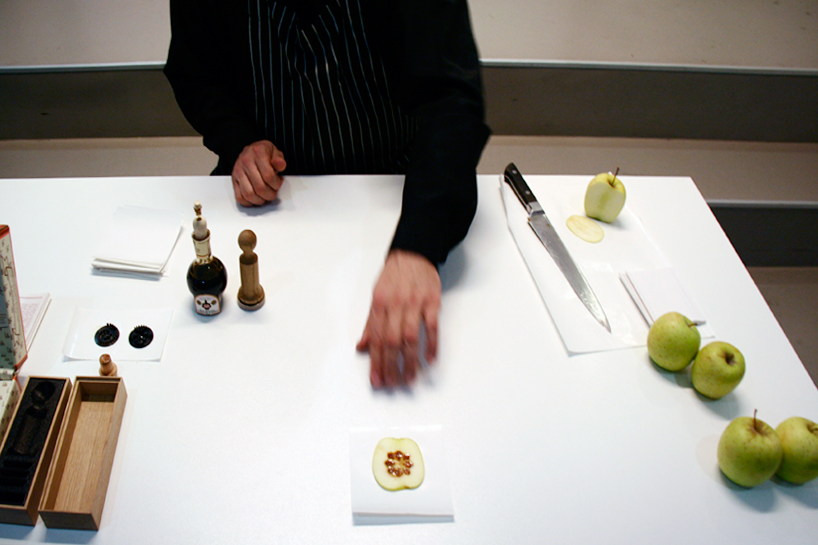 ‘G_S_T is a tool that allows you to introduce elaborated graphics into the dish composition using the aceto balsamico tradizionale di modena as a medium. thus the ABTM no longer has the role of an ingredient, but the one of an icon with taste and personality.’ martí guixé says. 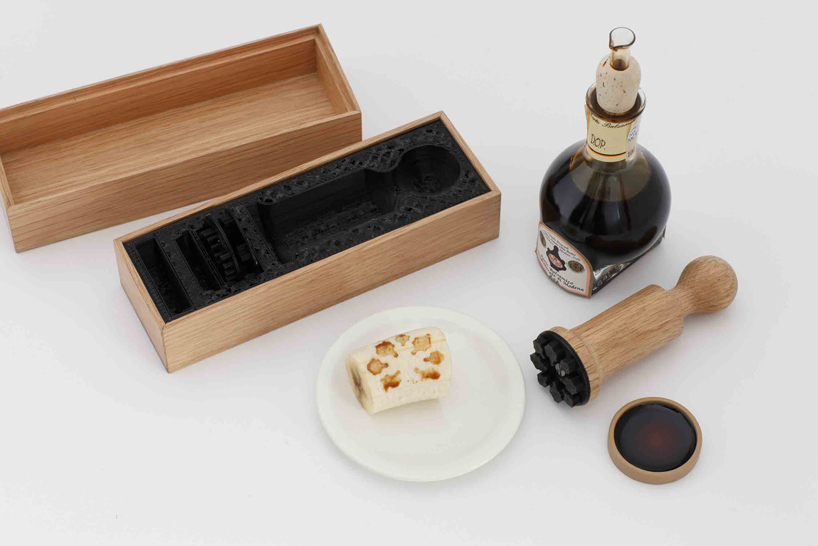 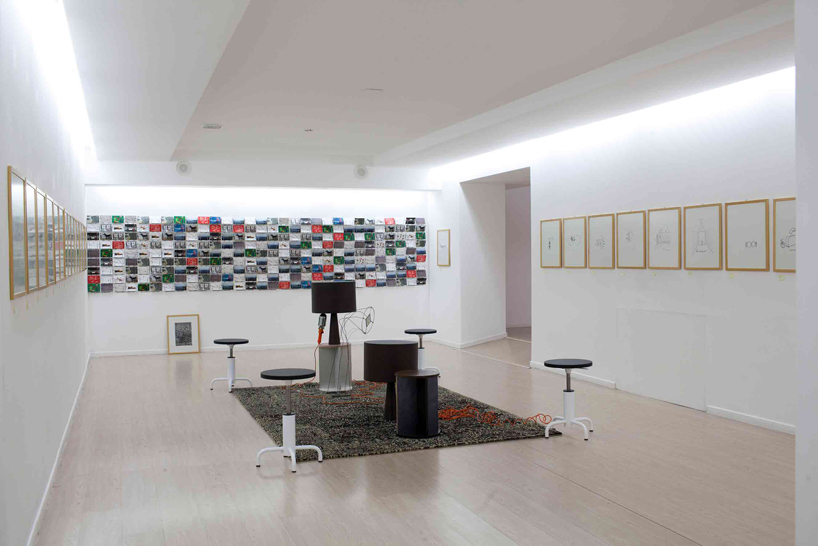 the workshop was part of the exhibition ‘GUIXE3. event, experiment, essay’, hosted at the instituto cervantes in milan
image © designboom 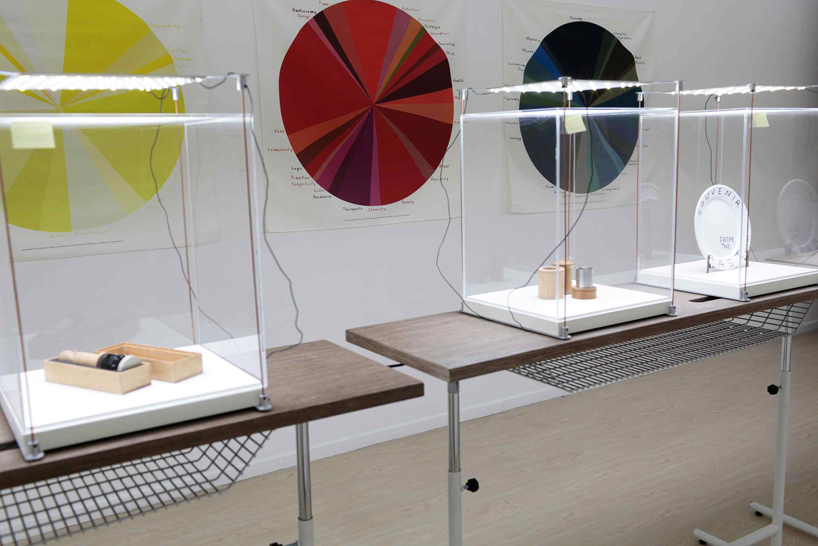 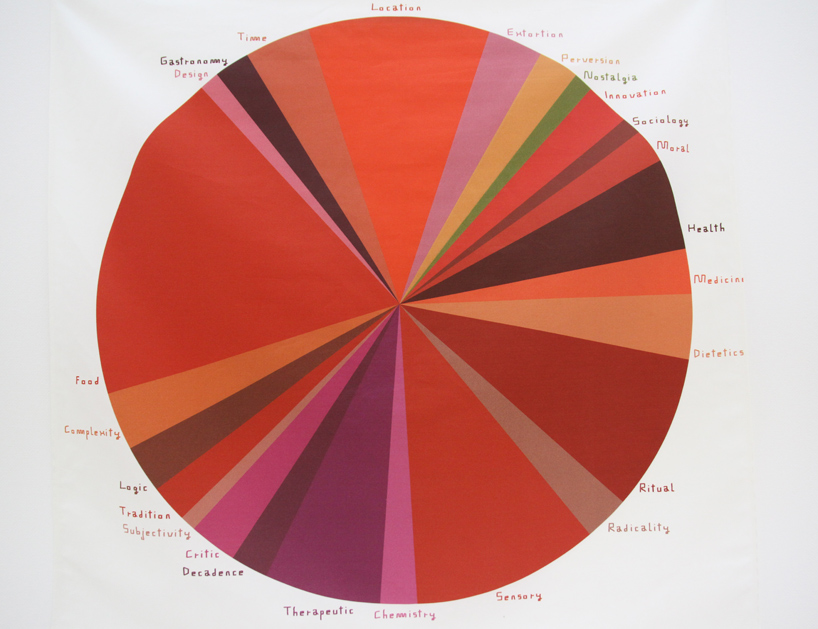 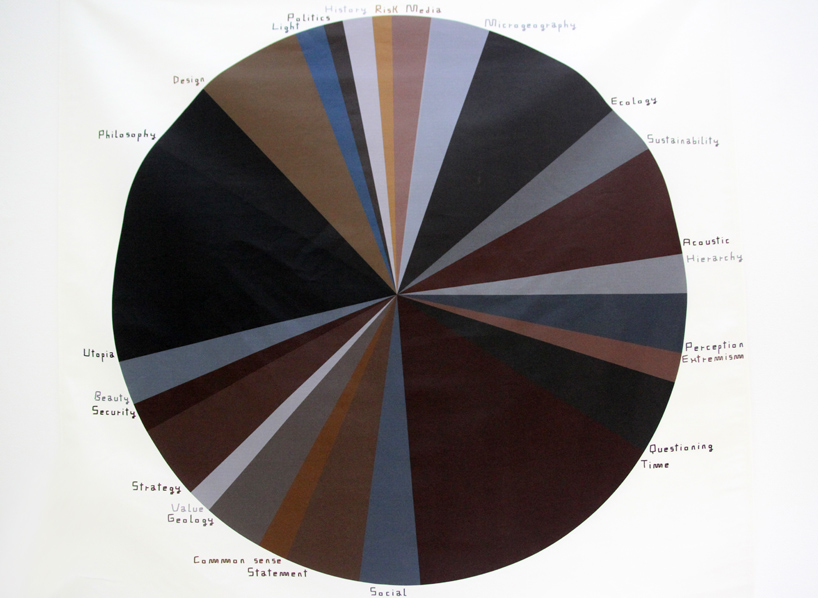 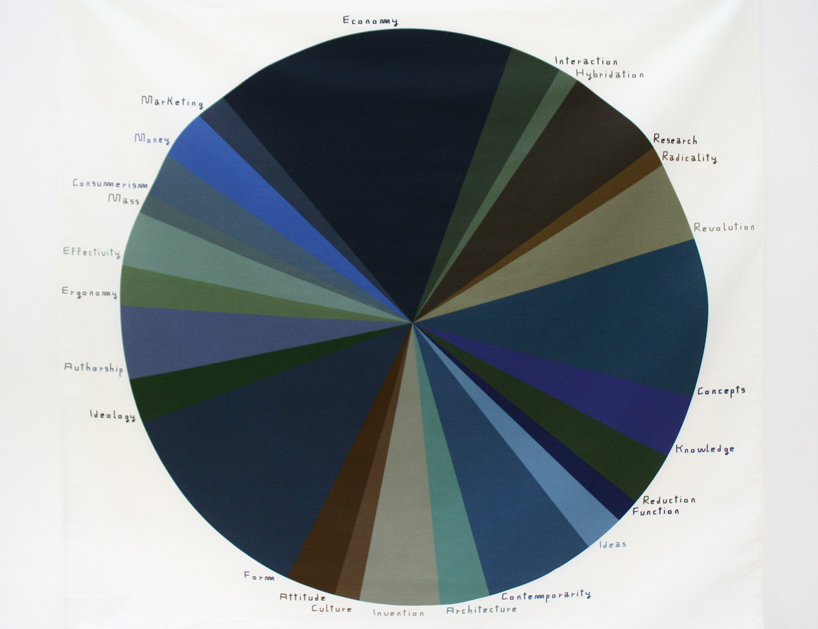 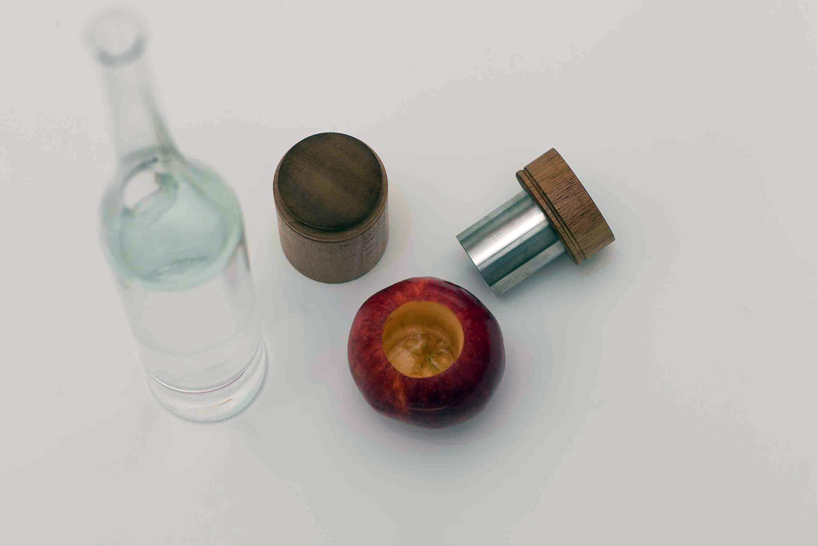 made from stainless steel and wood, the A_S_T apple schnapps tool allows its user to create a 50ml shot glass by removing most of an apple’s core. hereafter liquid, or rather schnapps, is poured into its cavity. the ‘object’ glass can then be eaten, digested and transformed into energy.

the A_S_T apple schnapps tool was designed and manufactured after christoph keller approached guixé to create a one-of-a-kind tool that could make for an authentic way to enjoy stählemühle brände apple schnapps. 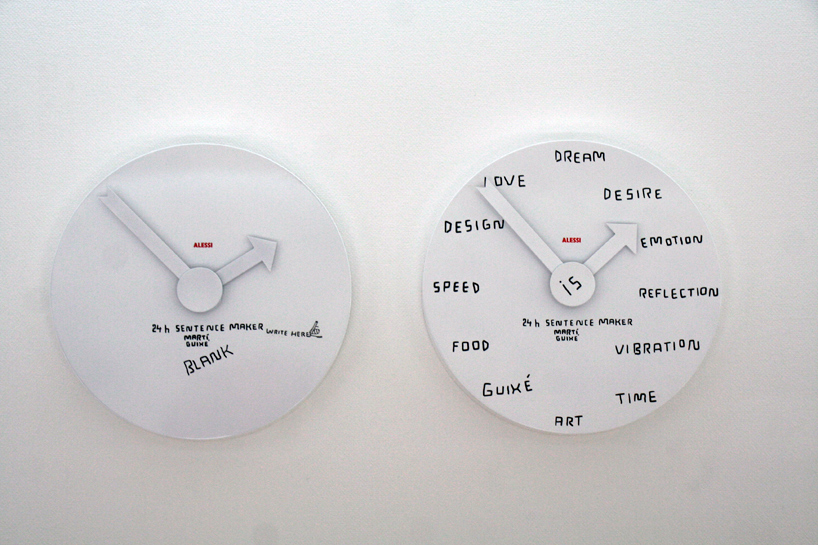 essentially a blank wall clock, a wall clock with a pen: you can write, draw and erase it easily according to your perception of time and graphics. a way to measure time with sentences. the different hours are words and the word IS is written in the middle of the clock. a new sentence every hour, 24 sentences a day. 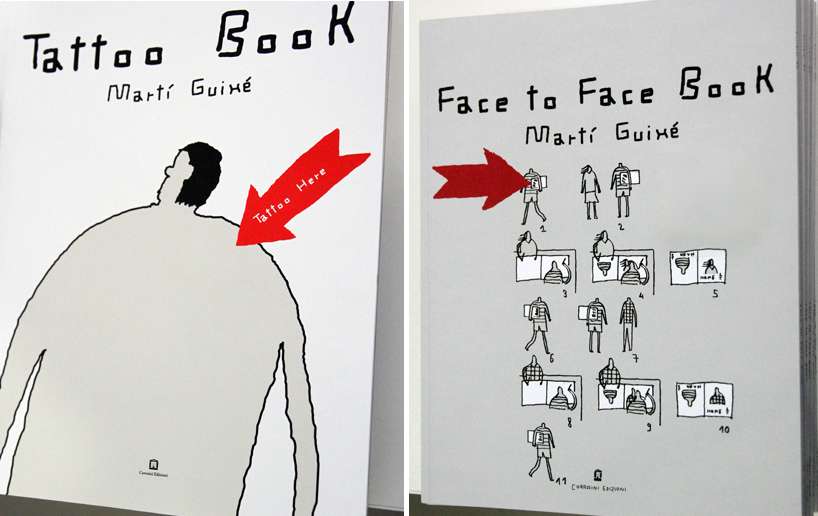 martí guixé’s books are never just books: they are playfully provocative, amusing dialogues with the reader-drawer in which the game becomes food for thought. guixé invites us to experiment, without taking risks, and to follow the rules of our own originality with amusing, ironic DIY books. 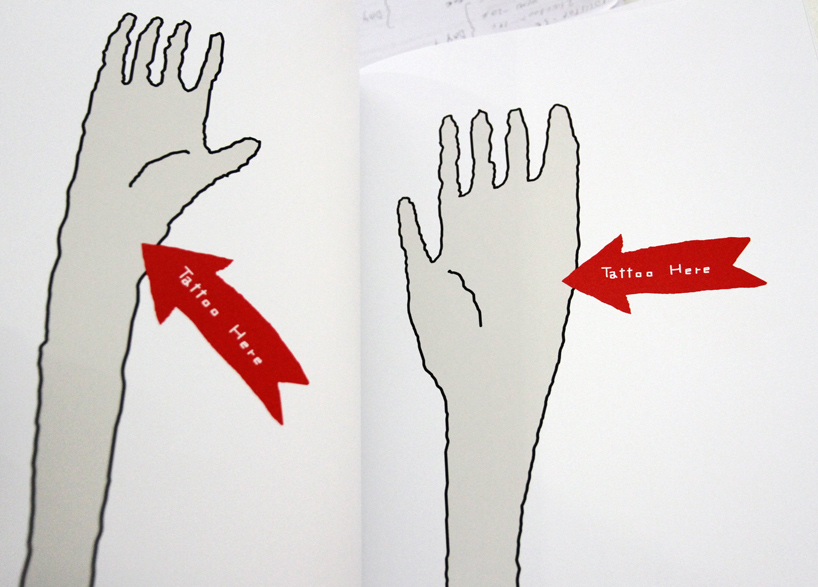 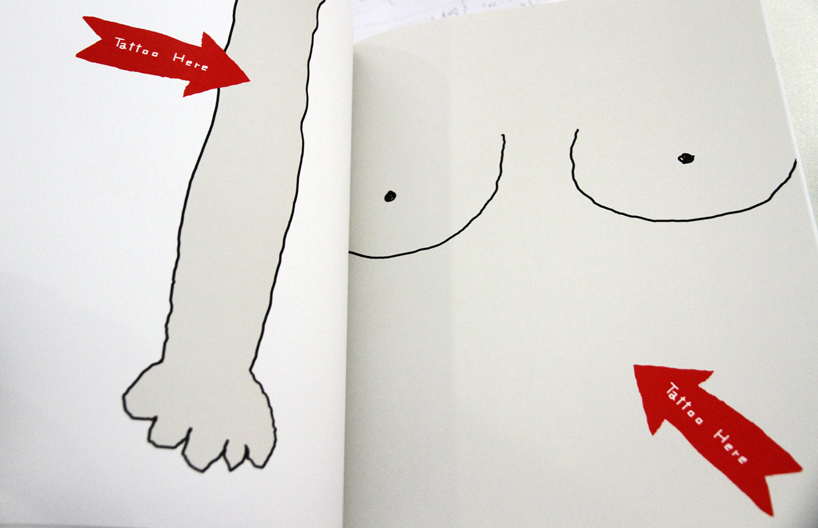 a big size book, in which every page contains a detail of the human body to be ‘refined’ with a tattoo, without limits to experimentation. 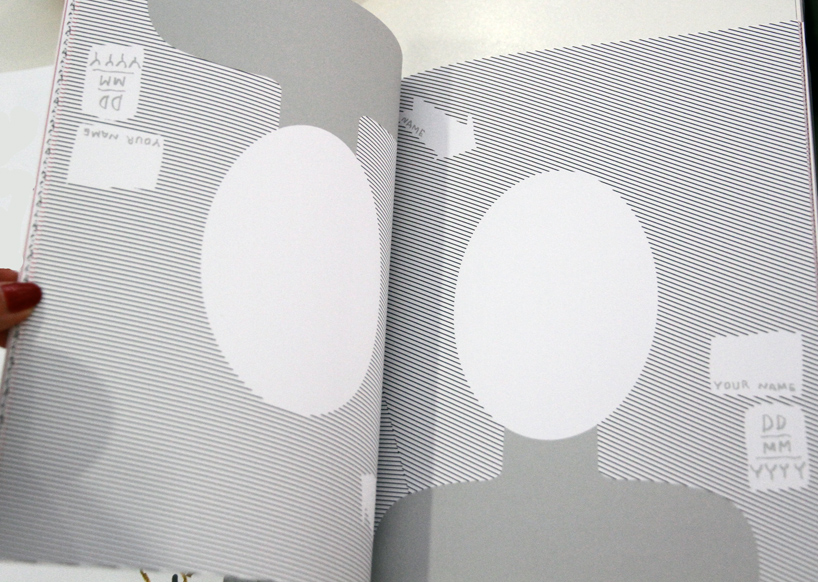 in an age where relationships are becoming relentlessly virtual and friendship seems to be a concept limited to social networks, with face to face book, guixé invites us to physically discover each other again, sitting face to face. to interact, to look at each other in the face, to draw each other. 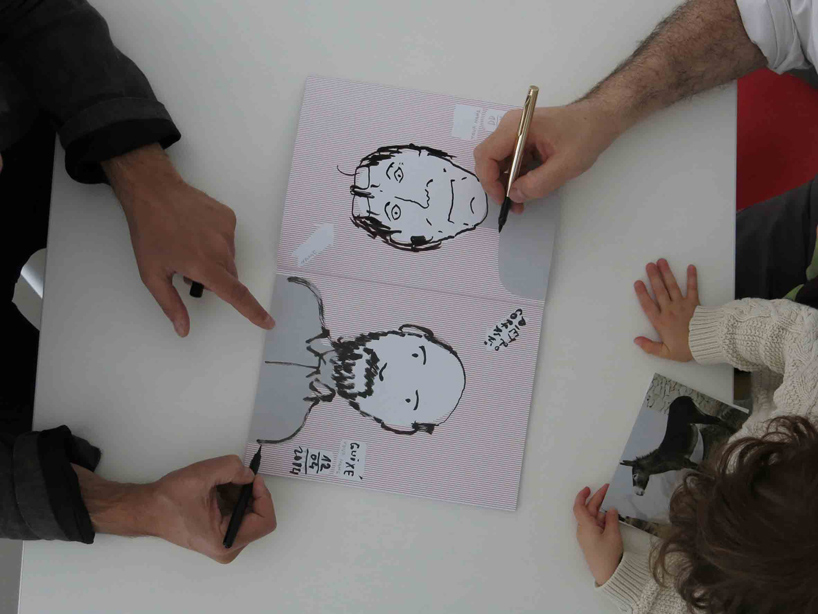 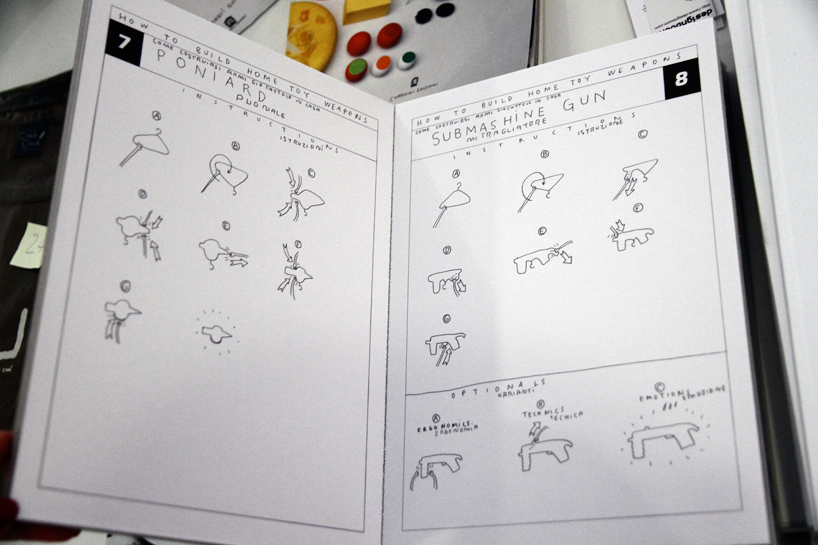 to exorcise weapons here is an amusing handbook that shows you how to make them by hand with coat-hanger wires! as always, a serious subject dealt with humor. 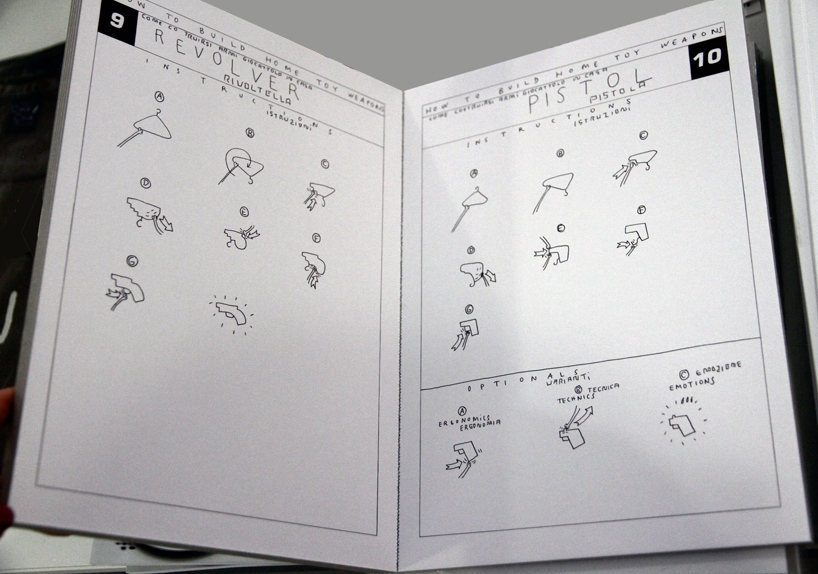