design student martijn rigters, of the netherlands, has developed the flexible seating system ‘foam party’. designboom visited his installation showcased within the royal academy of art, the hague (KABK) exhibition ‘the shepherds of stuff’ during milan design week 2012. for his furniture project, rigters has created a system through which personal chairs are formed through the use of a quickly expanding foam filling added to an adaptable base. we watched as rigters formed a seat fit precisely to the dimensions of a volunteer from the audience.

this demonstration exemplifies rigters’ perception of a new mass production. in this modified efficiency, no two objects would be exactly identical if an adaptable molding technique was introduced to production technology. the designer has created a method through which made-to-measure seating could be output through a rapid fabrication system involving the human as a living mold and fifteen minutes for the furniture piece to be completed. 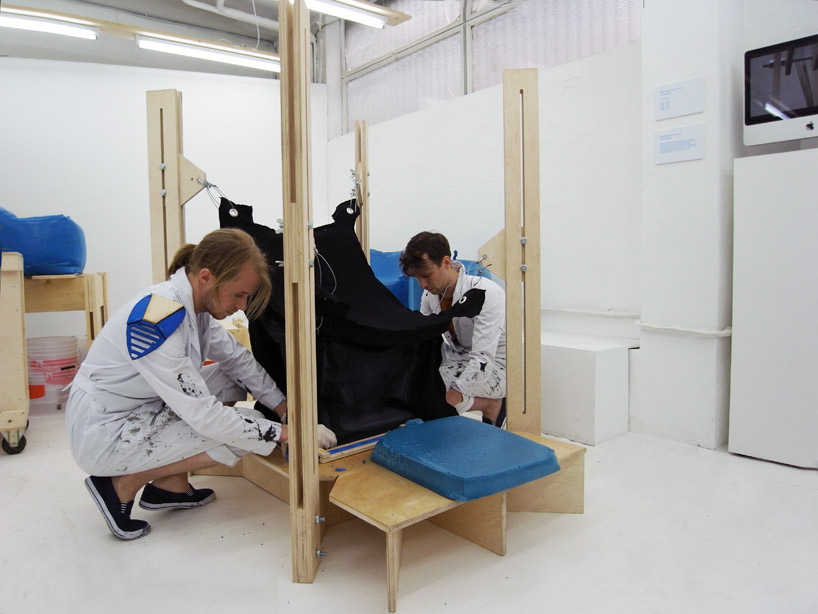 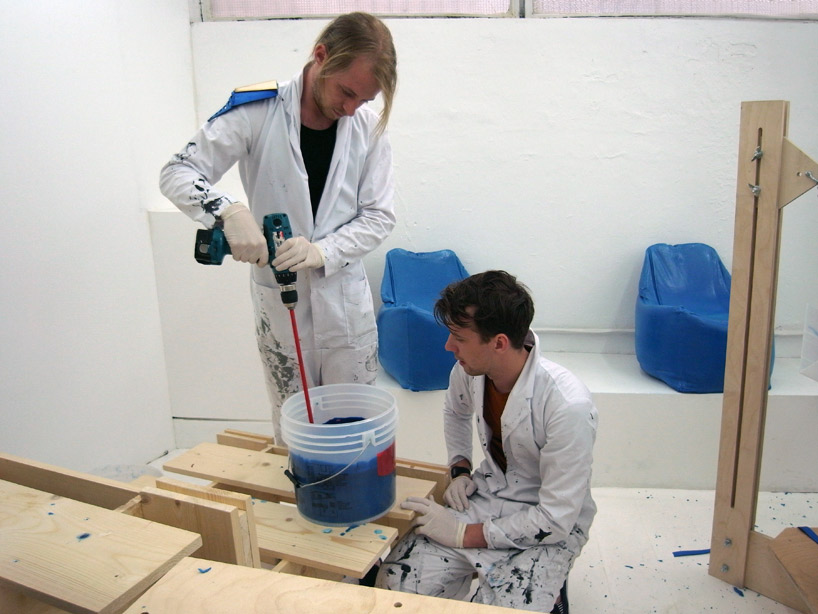 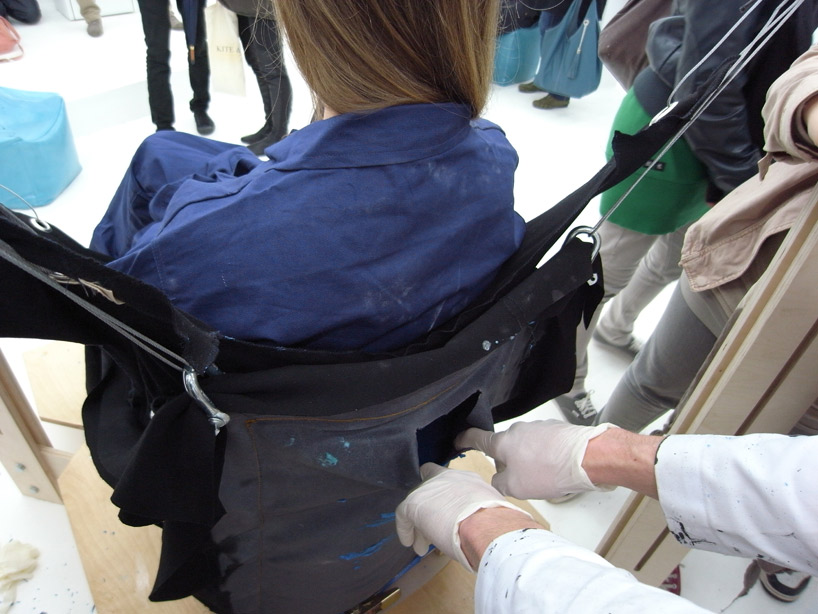 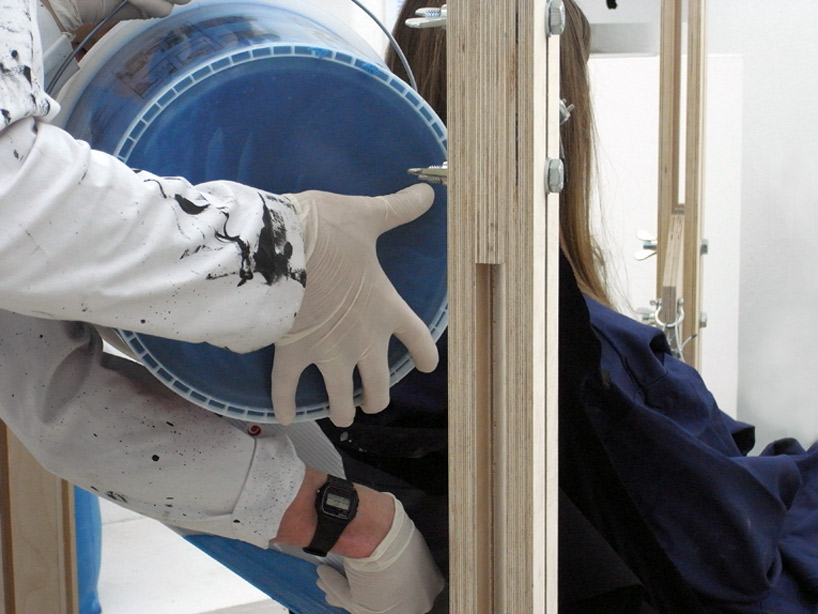 filling the adaptable mould with the foam image © designboom 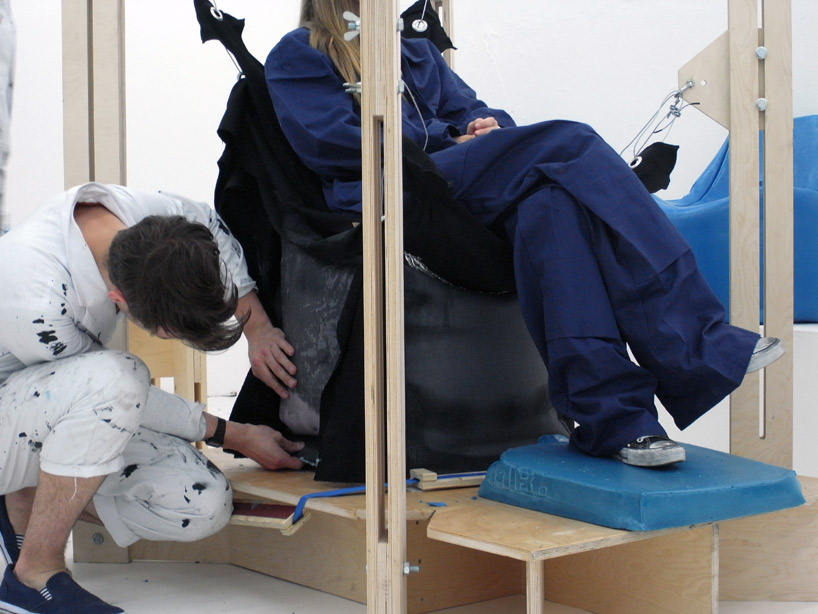 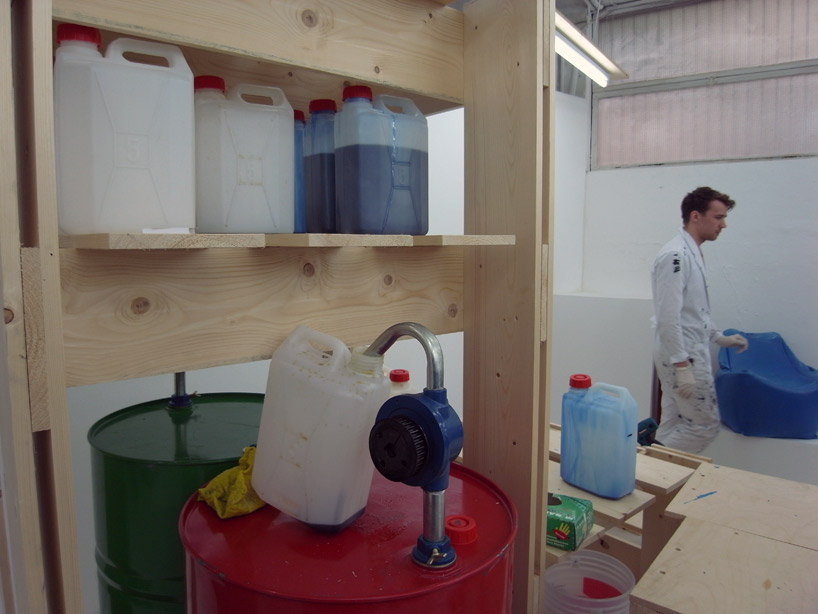 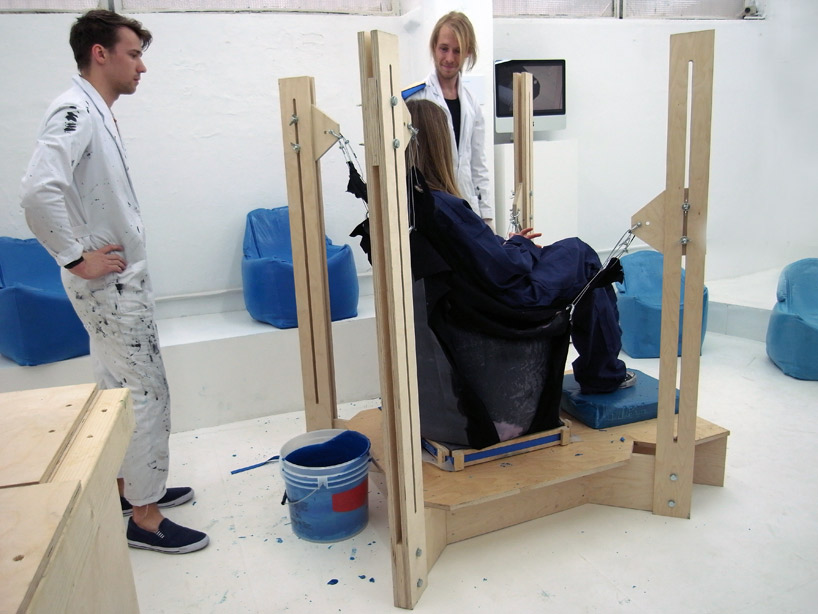 waiting for the foam to set image © designboom 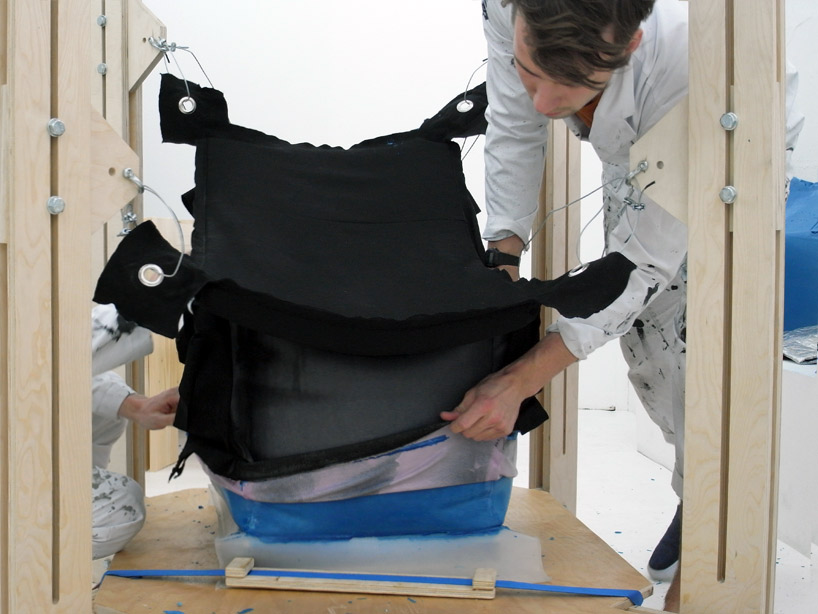 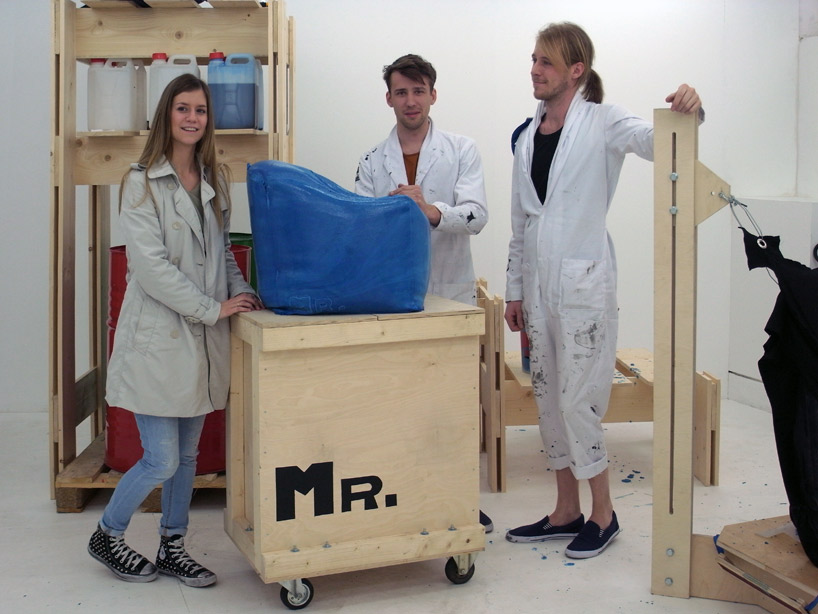 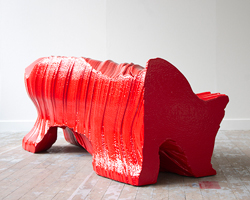