in his newest exhibition, ‘manantial’, designer martín azúa continues his practice of exploring the relationship between ceramics and nature. the project started in 1999 when azúa began leaving porous ceramic vases in the river urederra in navarra; an attempt to collect the natural stain of the river. over time, lichens and small plants settled on the vases proving to azúa that nature is capable of representing itself.

‘I’m interested in ceramics because of its universal and ancestral nature, but also due to the closeness of the ceramic technique to natural processes and phenomena: earth, water and fire interact in the same way as they do in nature but in a process controlled by man’, says azúa. 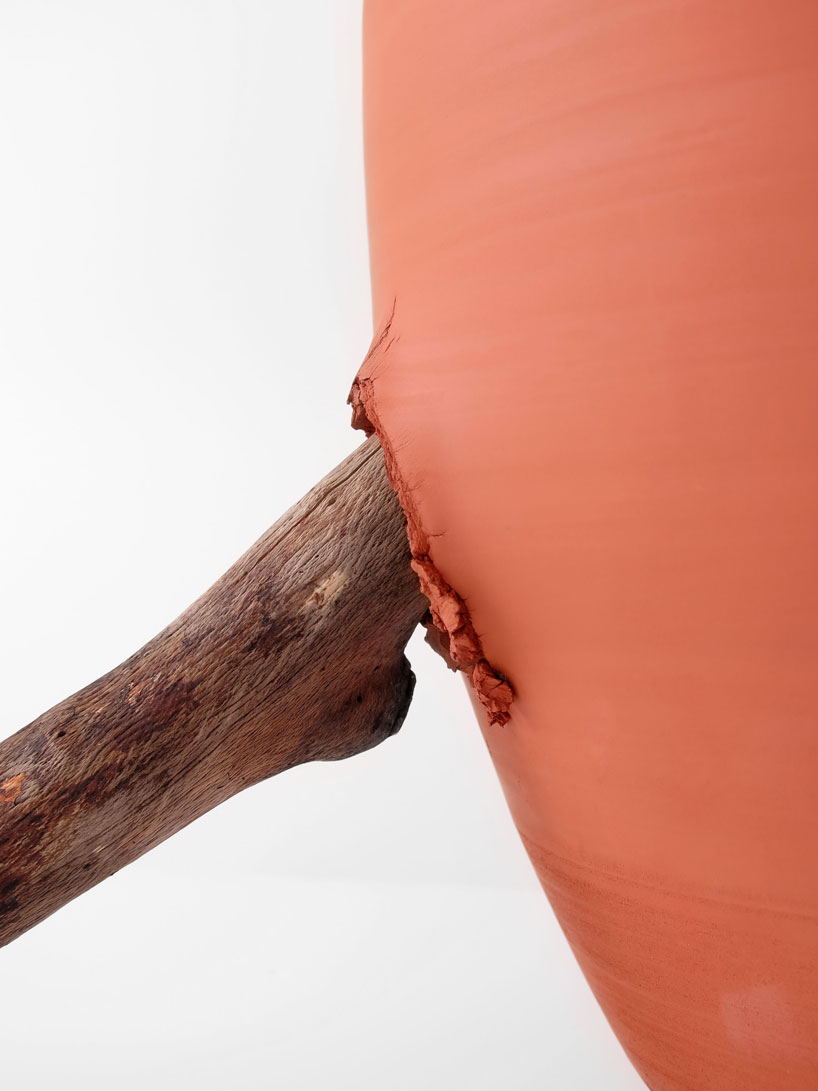 present in the exhibition are stone vases, with natural subject matter interrupting the physical substance of the piece. azúa uses large dry branches, gathered in the mountains of opakua alava, as well as stones and pebbles to disturb, transform and enhance his creations. stones and branches interact in different ways: the stones deform and depress the vases sensually and delicately, while the branches puncture the fluidity of the piece with an immediacy that is at times tender, and brutal.

‘ceramics has a great potential for innovating since whether it is from the material, technique, form, concept or collaboration with craftspeople, it is a unique experience that reconciles me with the objects’. 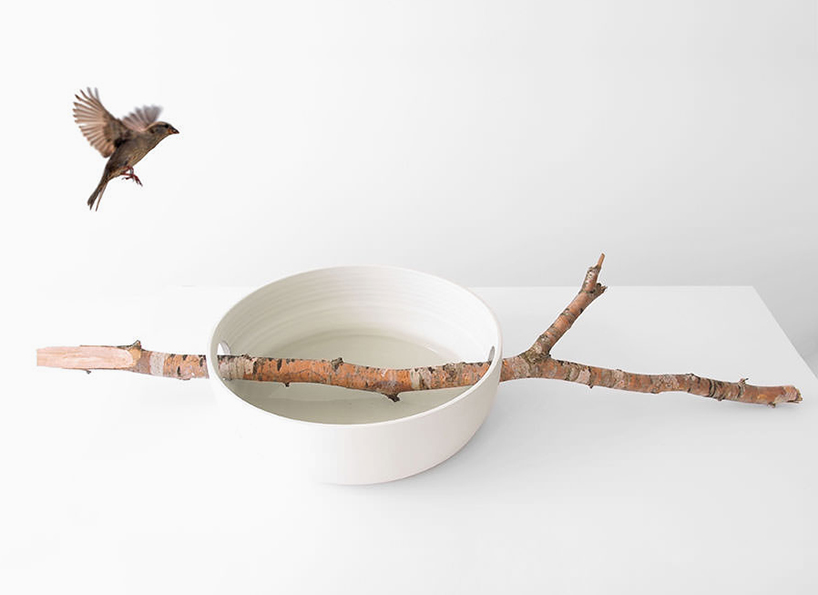 for the artist, ceramics have a universal, ancestral relevance

in some cases, the vases hide a candle, the deformations of the ceramics only partially concealing the light from within. in ‘manatial’, azúa conflates ideas of art and nature: where the two cooperate, and where they collide.

‘manantial’ by martín azúa will be presented at the galería h2o in barcelona from now until september 30th, 2016 as part of the 47th congress of the international academy of ceramics. 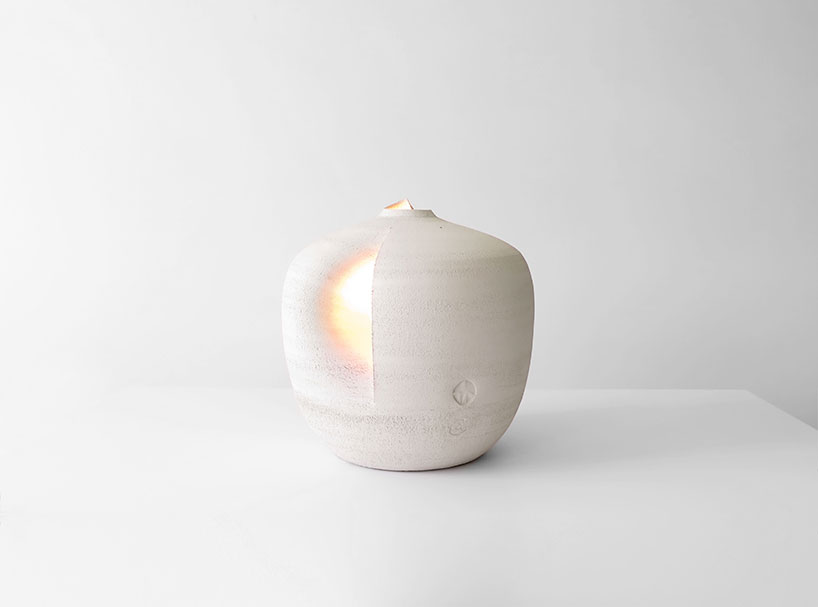 azúa conflates ideas of art and nature: where the two cooperate, and where they collide 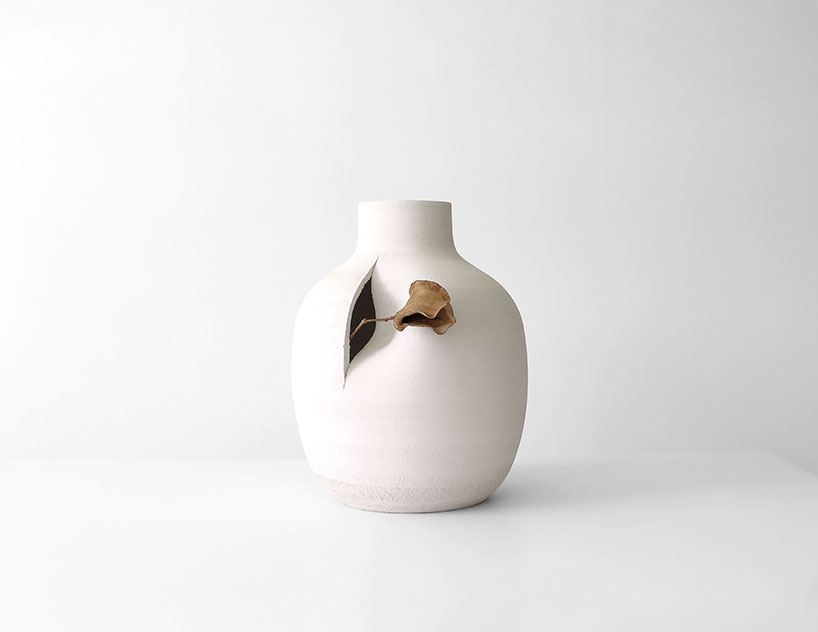 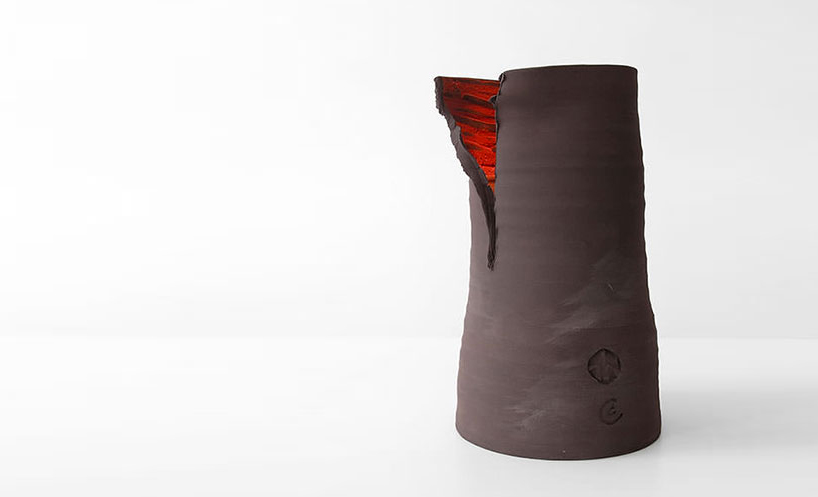 the vases represent a point of intersection: earth, water, fire and air 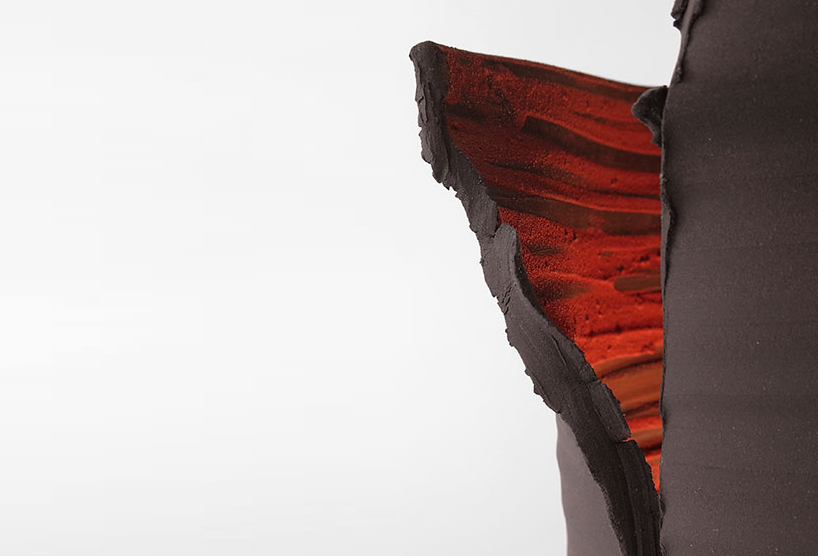 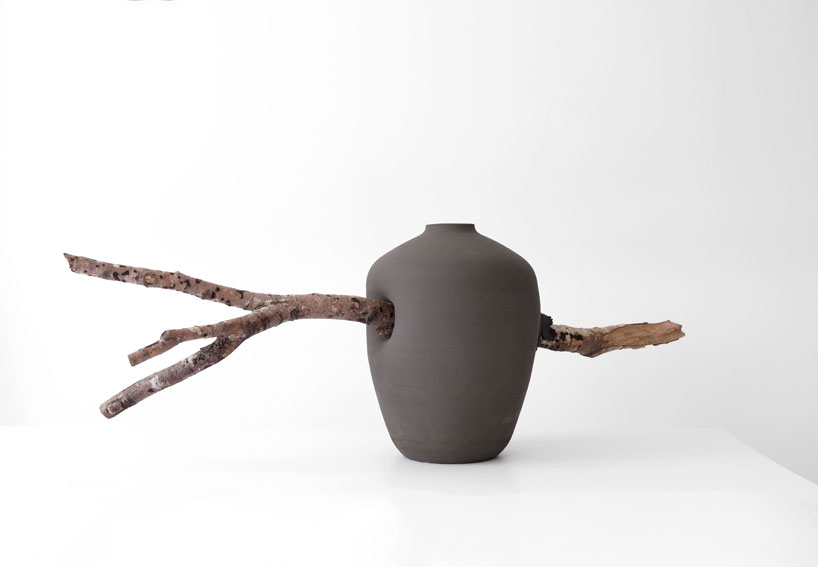 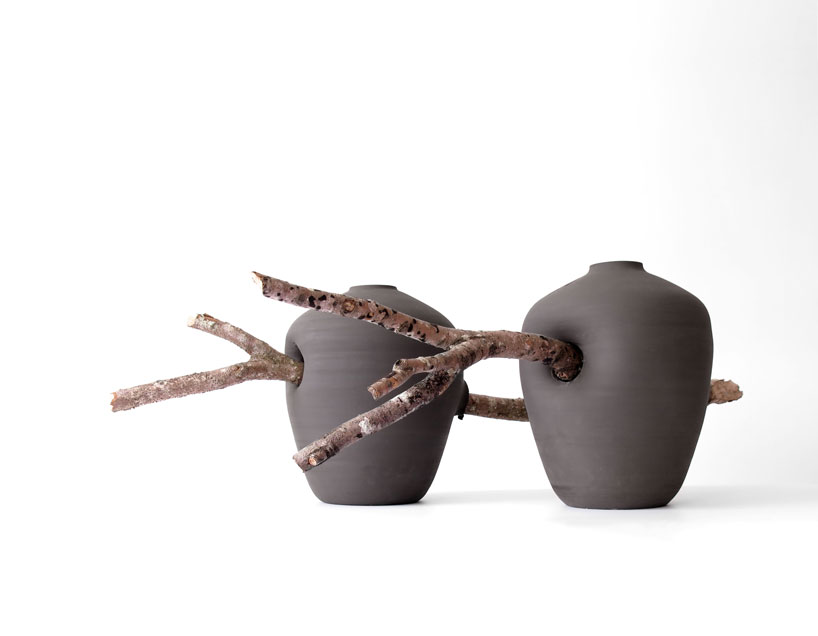 the unapologetic puncturing of the vases can have humorous results 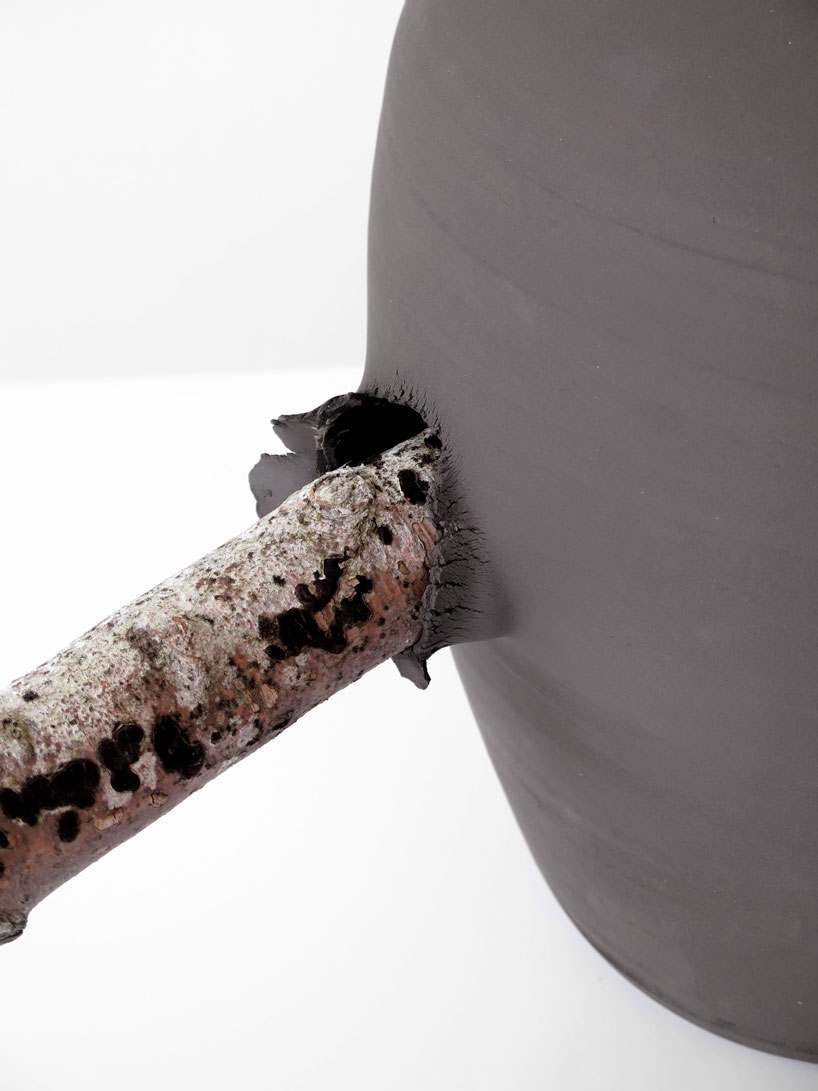 the branches are apparant as foreign objects, but also appear as an organic extension of the vase 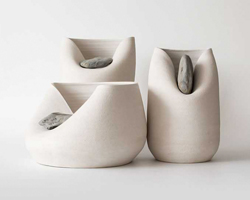 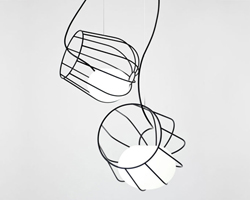