housed in a wedge-shaped 18th century building nicknamed the ‘slice of polenta’, the galleria franco noero comprises three stories, each of which is conceptualized by gamper as an individual home within a condominium. gamper relocated to turin for a month to create the works in the exhibition, which consist of found furniture pieces that he has reassembled into new forms. the hybrid cupboards, tables, nightstands, chairs and lamps are positioned to recall various apartment settings, as might be occupied by middle class families of the fifties through the seventies.

from the gallery: ‘[the exhibition is modeled as though the space were] a real ‘condominium’, in which the objects are displayed in the spaces as they were portions of houses, in order to create a total living space. gamper builds unique pieces by hybridating the found pieces of furniture, cutting and assembling their parts in new forms, repositioning part of their creative and material history in a project fully orchestrated by him.‘ 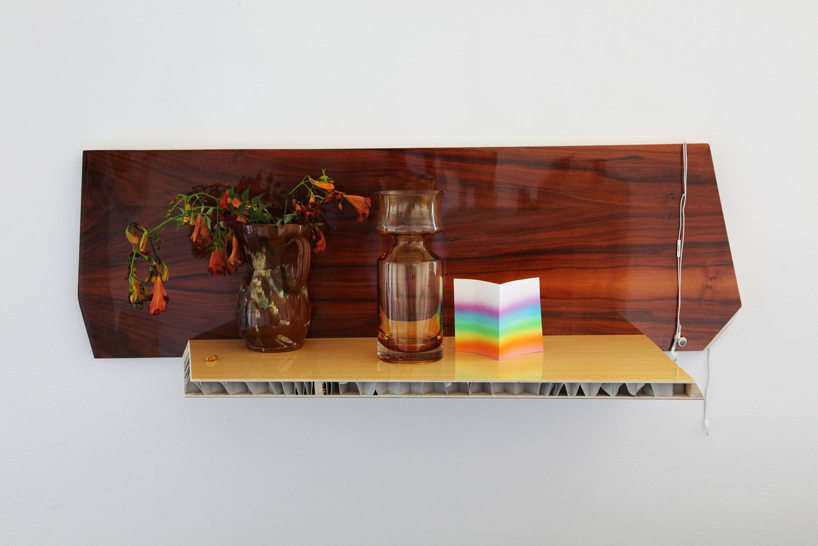 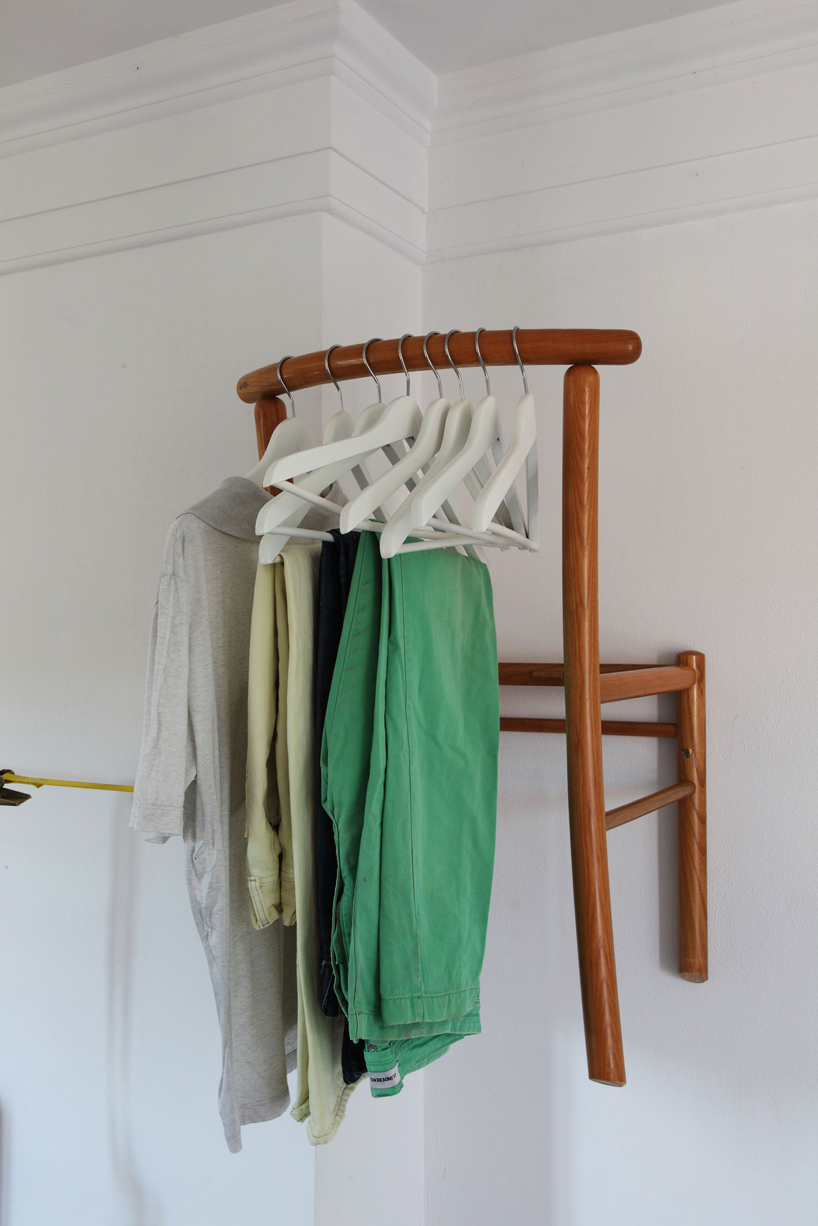 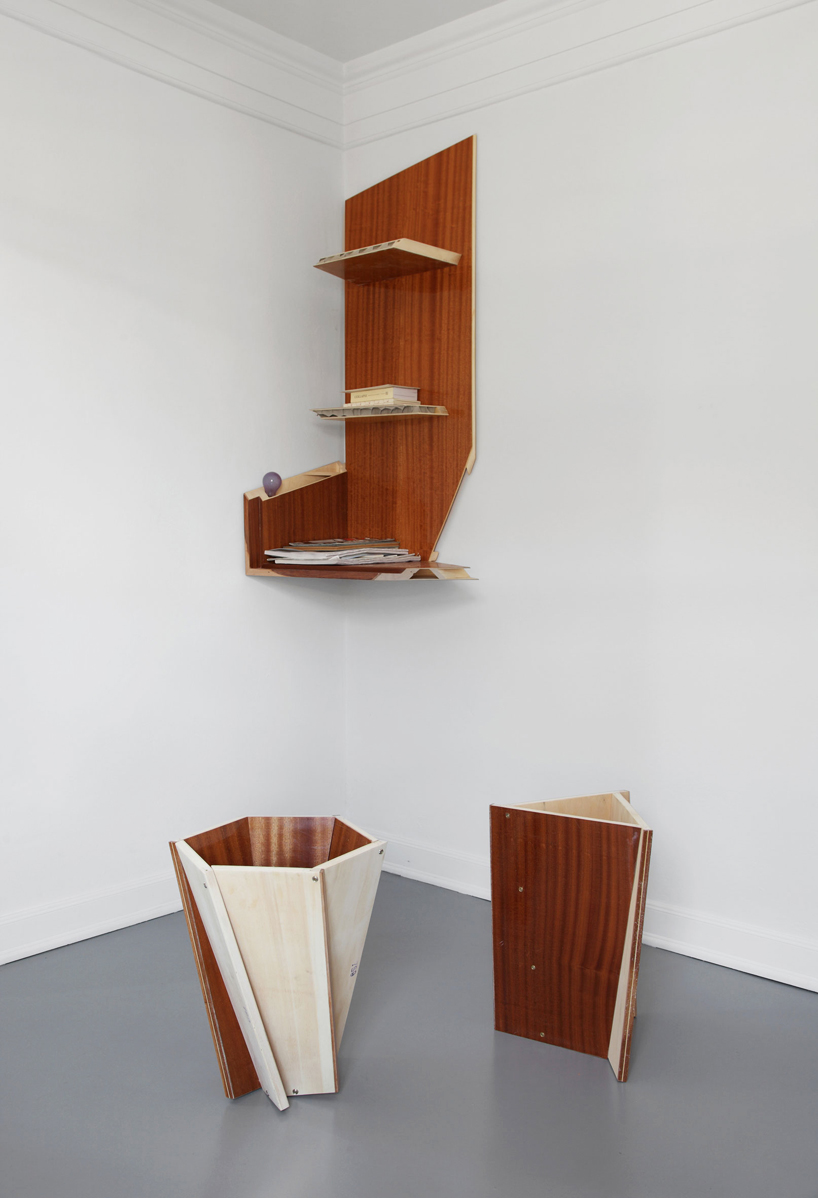 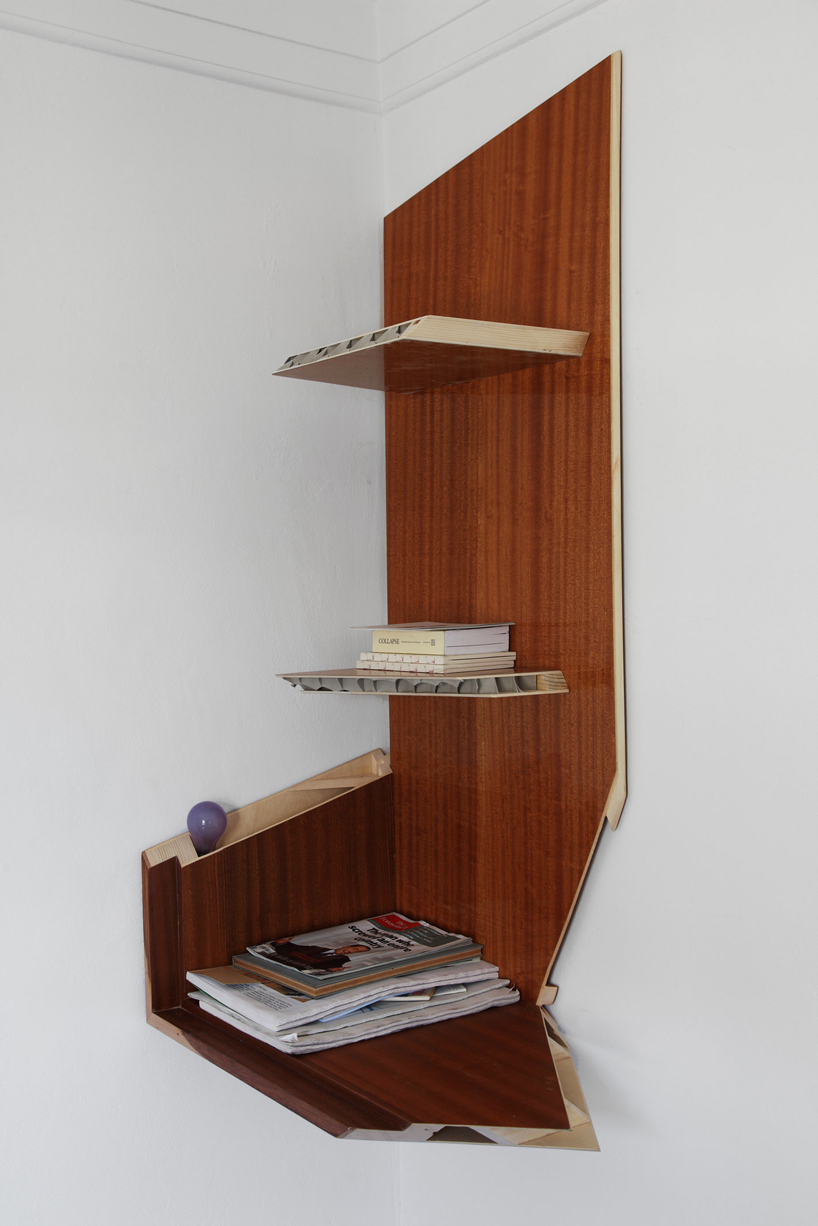 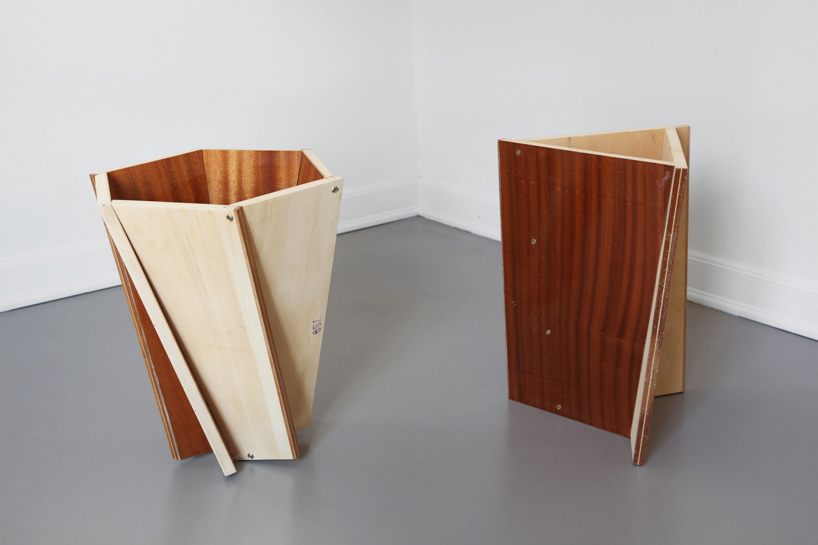 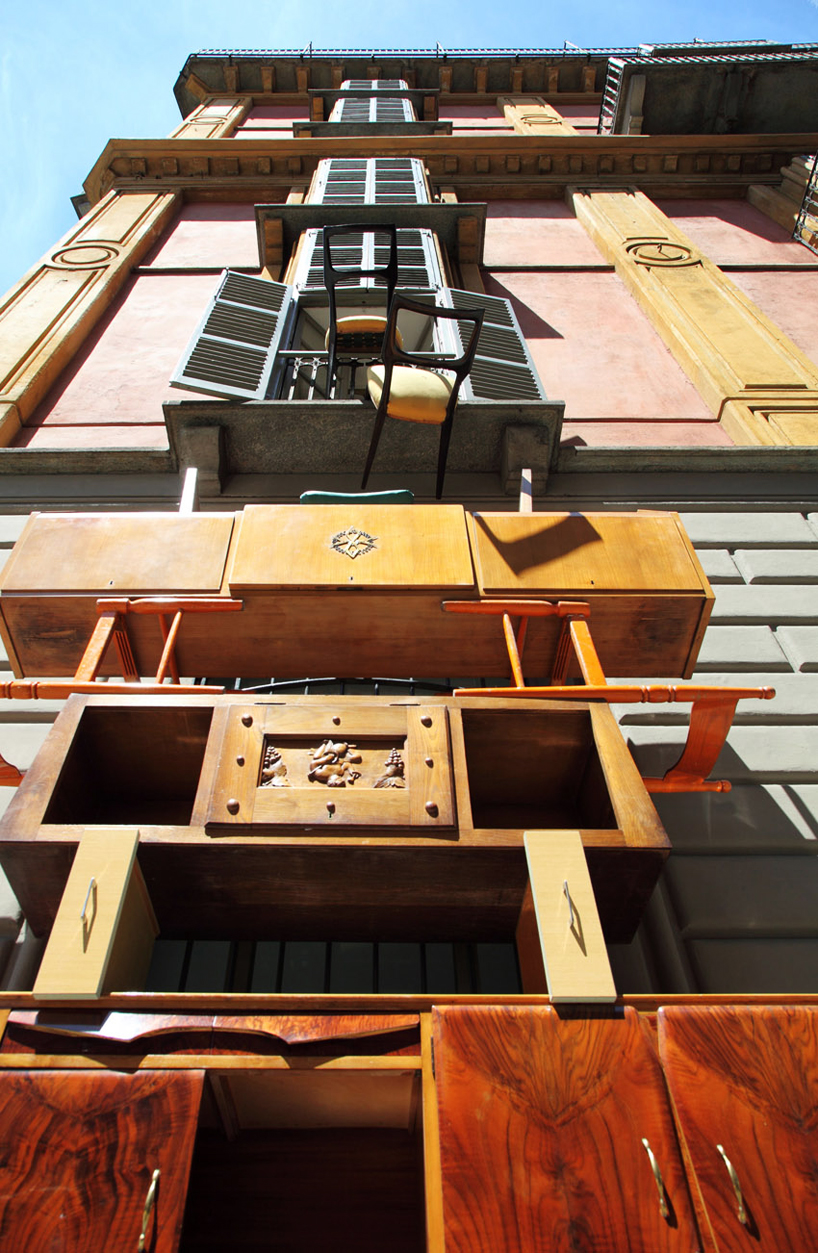