martino gamper envisions a new concept for prada’s store windows. the vitrine design is derived from the humble architectural feature in which it takes its name ‘corners’; and was born out of gamper’s interest in playing with perspective, fragments and contrasts between natural materials. 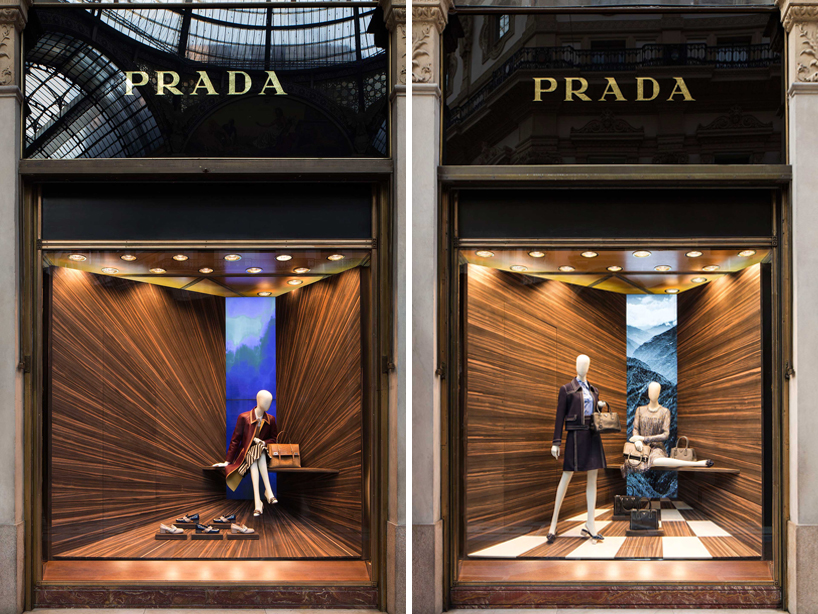 the humble architecture element, the corner, is the focus of gamper’s window displays

the scheme transforms the traditional cubic window display area, into one that appears to be converging into a central corner where a vertical snapshot of a natural landscape is featured. the cool imagery stand as contrasts to the warm angled wood and floor planes that intersect them, creating a bit of a skewed perspective for passers-by. the lines of the wood veneer and checkered flooring pattern employed, further add to the subtle distortion of the space. each display is meant to tell a unique story that is designed to evolve with the seasons. 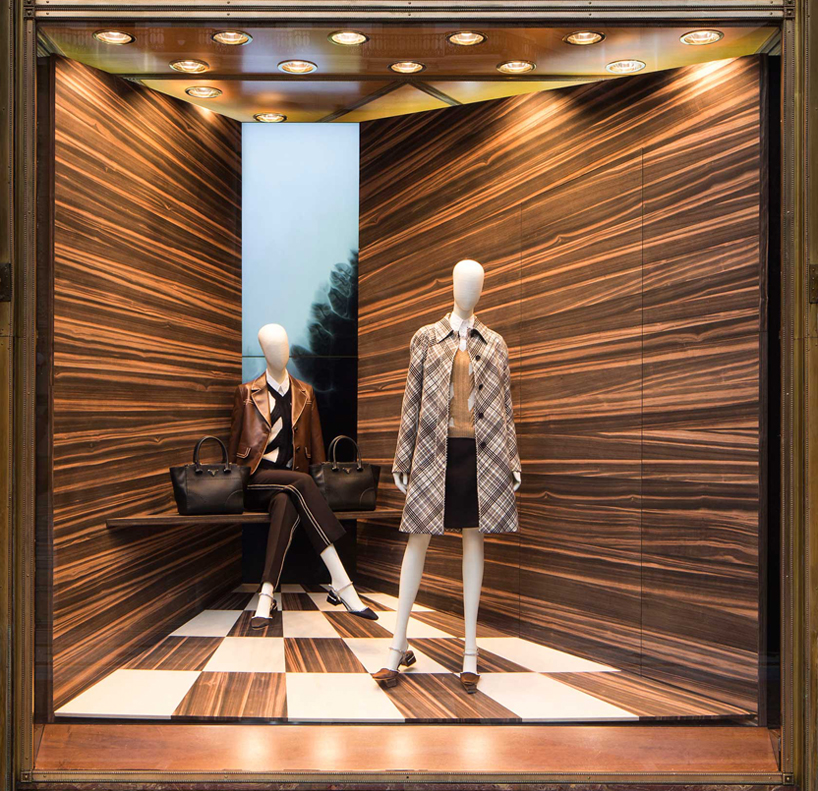 the images featured here are of the italian fashion house’s women’s and men’s galleria vittorio emmanuele II flagship stores in milan, but the installations are on display in all prada stores worldwide until the end of march. 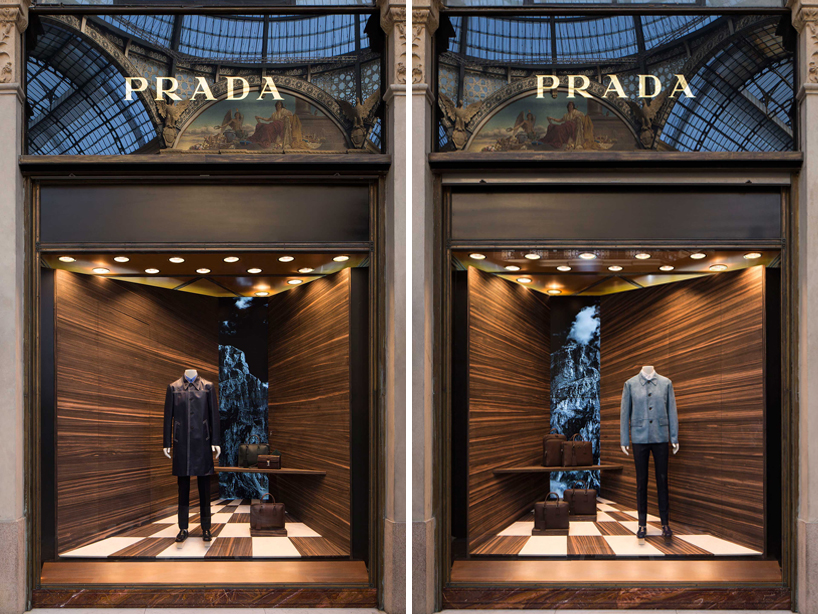 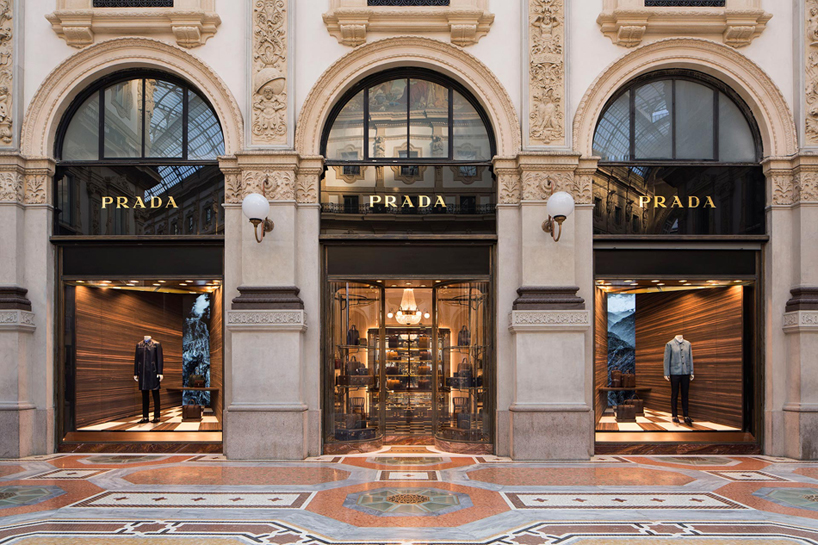 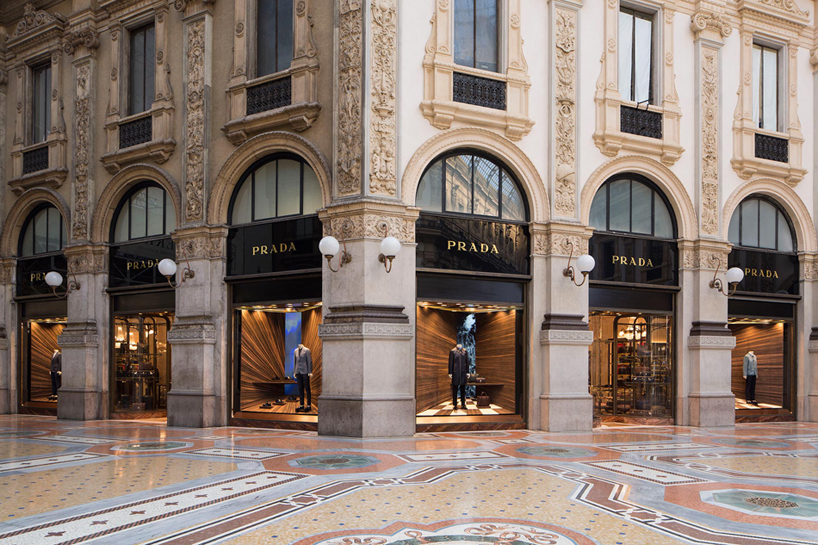 martino gamper on the concept behind ‘corners’ window display for prada from designboom on Vimeo.

wood grain patterns add to the distorted perspective of each window