for london design festival 2019, martino gamper’s disco carbonara is a temporary ‘clubbing’ installation that acts as a gateway beneath the coal drops yard in king’s cross. it distinguishes a playful, engaging false facade where inquisitive visitors can then explore the box-like disco within. this references the history of its london location, as it was most recently a spot for nightlife prior to its original use as an industrial coal house. 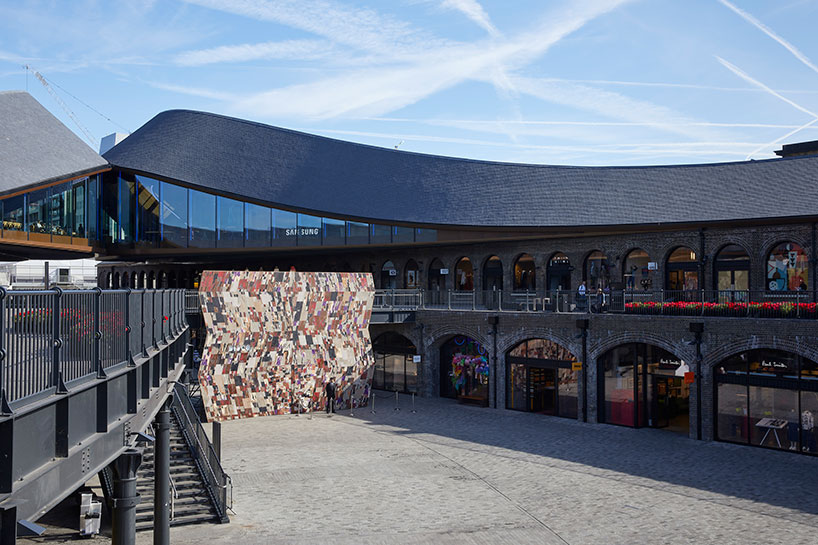 martino gamper’s disco carbonara reimagines the concept of a potemkin village, which was a fake portable town built to impress empress catherine II by her lover grigory potemkin during a voyage to crimea in 1787. however, it also reinterpets traditional cladding from the italian alps called shingling. the designer uses the technique to propose abstraction and also intrigue. as a one-off installation, it has a low environmental impact as all the building materials are either waste or recycled products, and will be later re-purposed. 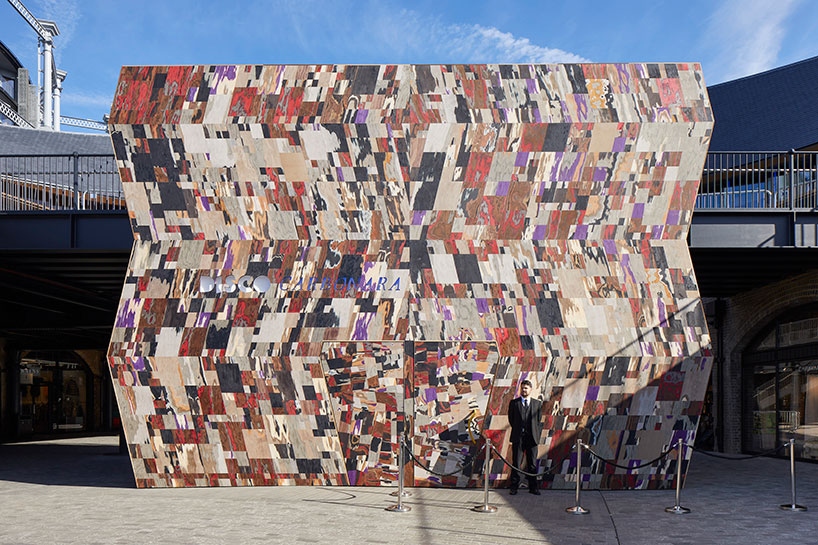 designboom (DB): as a commission for LDF 2019, what was the starting brief for the project?

martino gamper (MG): to design and build a public installation with scale, color and engaging the public. 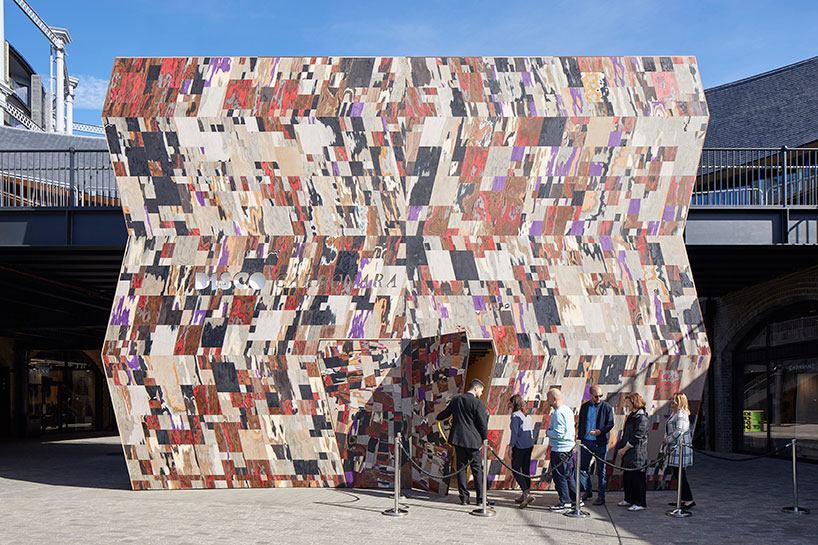 DB: how does the installation fit, both aesthetically and physically, with the old and yet updated surroundings of coal drops yard?

MG: it plays with the history of the area as a coal drop and a post industrial wasteland used for clubbing. 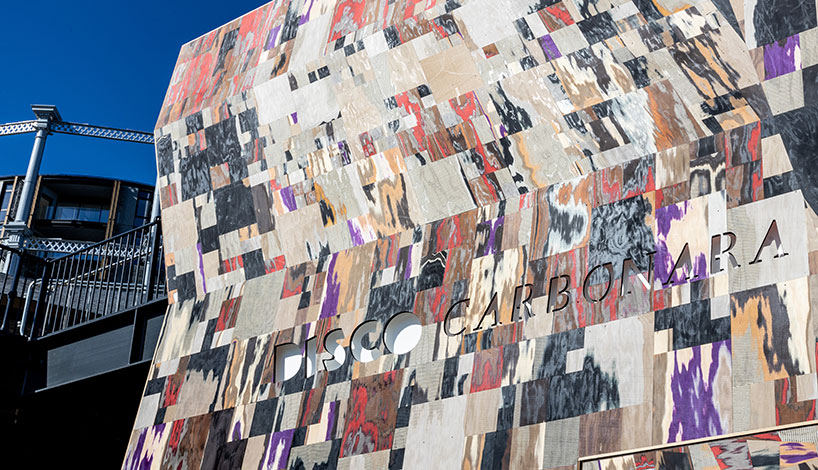 DB: it is said to be inspired by the concept of a potemkin village. what is this, and what features or themes does your installation borrow?

MG: potemkin village is a construction built to deceive others into thinking that a situation is better than it really is. the term comes from stories of a fake portable village built to impress empress catherine II by her lover grigory potemkin during her journey to crimea in 1787. 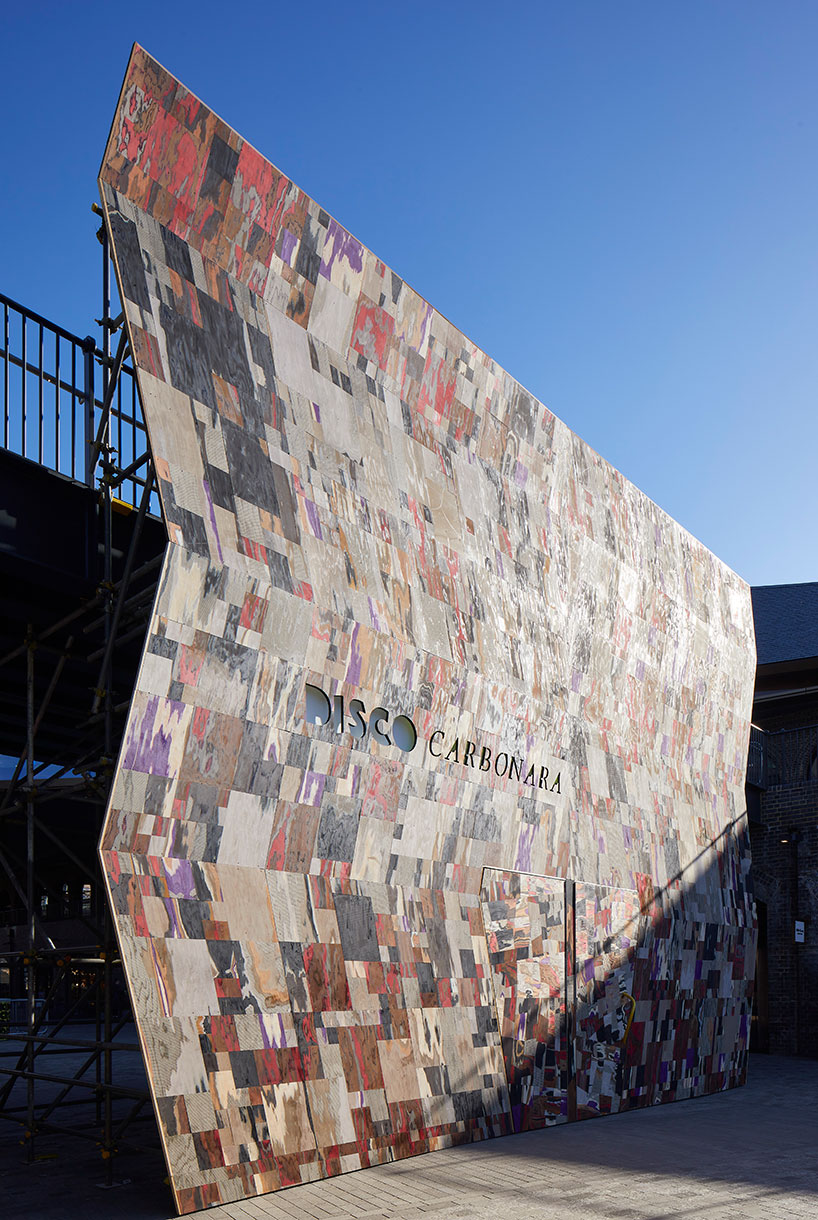 DB: the design offers a fresh take on traditional cladding from the italian alps. why was this material chosen and how has it uniquely been used?

MG: I have been working with alpi and their veneer for the last two years while designing a new kind of wood. the traditional alpine cladding technique is called shingling, I’ve used this to make a contemporary and colorful interpretation. in this project I’ve used their waste products to create the facade. 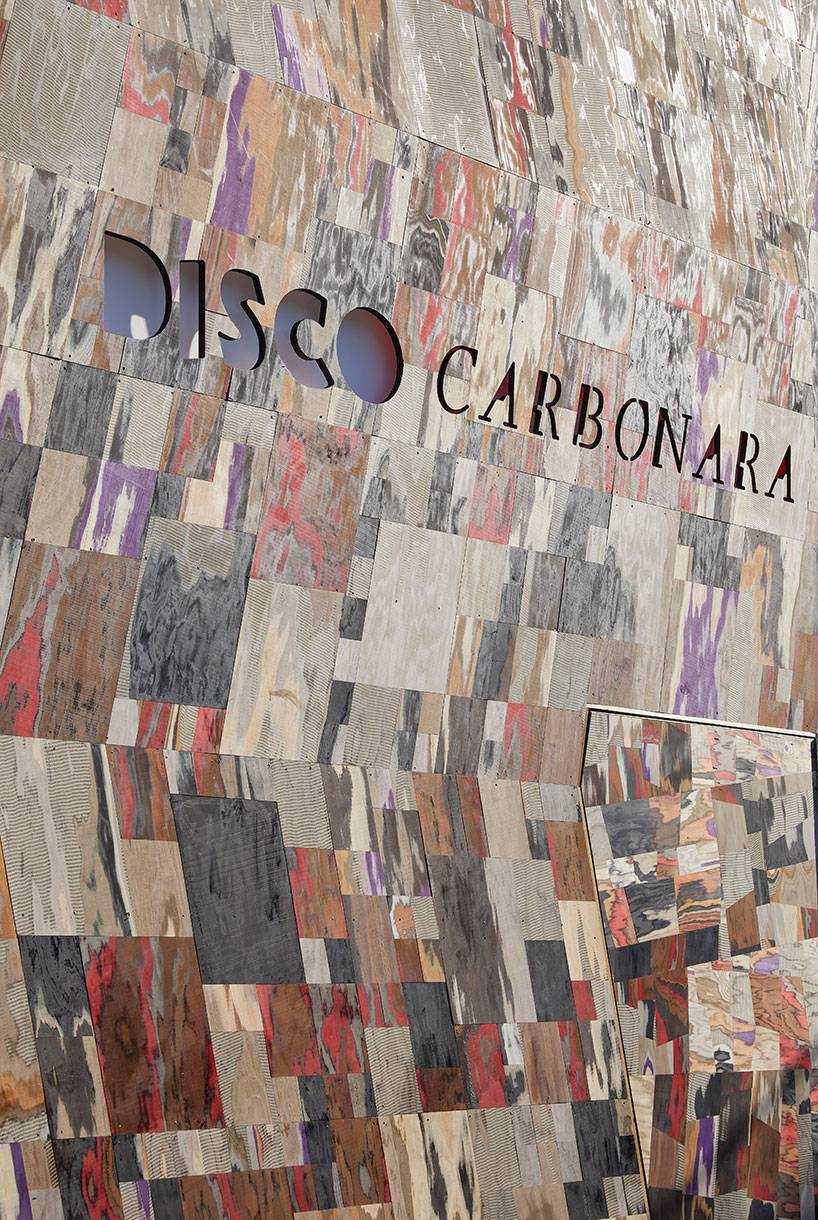 DB: although inspired by the portable potemkin villages, what does the future hold for the installation? will it have a second life?

MG: I have some ideas already, but it will certainly evolve into another patchwork of colour and material. 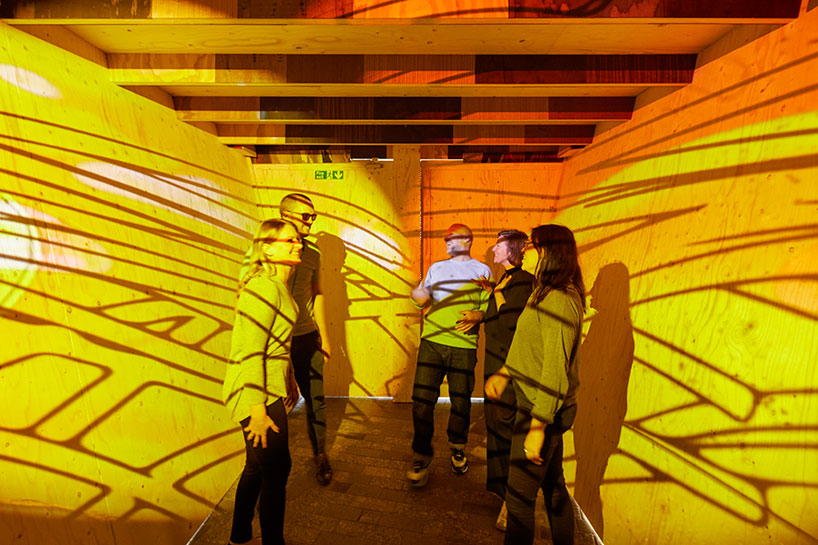 DB: how important is it for designers and their creations, especially one-off installations with shorter life-cycles, to be conscious about their environmental impact?

MG: I think anything that we design and create should be considered in terms of environmental impact and life-cycle, with short lasting installations it is even more important to use sustainable materials and second life. 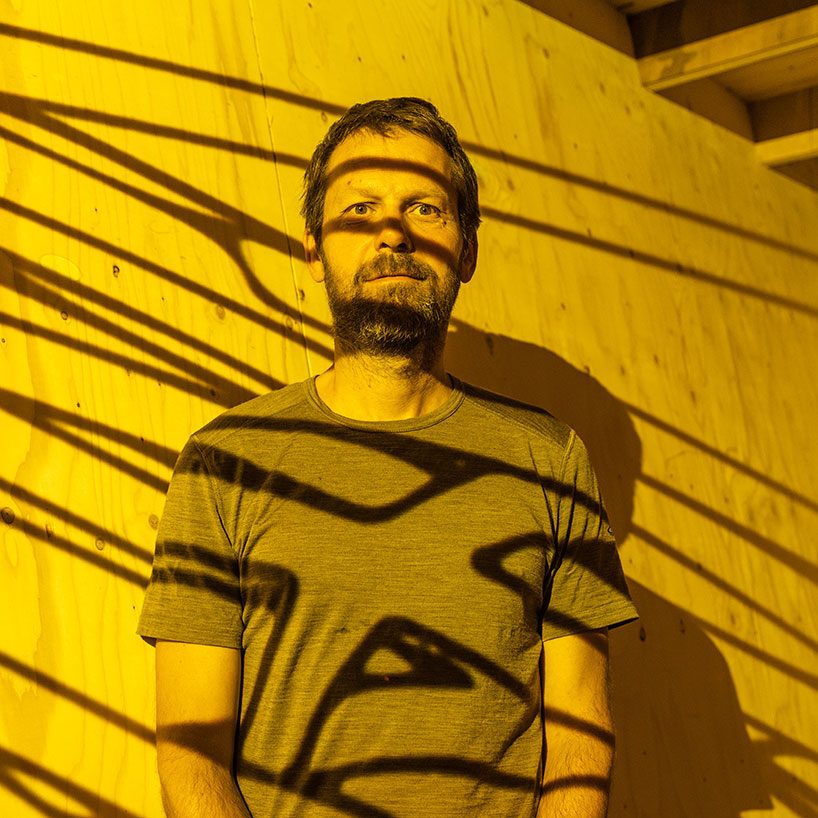 DB: lastly, why was the name ‘disco carbonara’ chosen for the installation?

MG: the title, disco carbonara, is a double play on the italian word for charcoal burner and the hearty roman pasta dish – which some say was made to sustain italian charcoal workers – coupled with the project’s location in a yard built in the 1850s to handle the 8 million tonnes of coal delivered each year to power the capital, and latterly housing a night club. 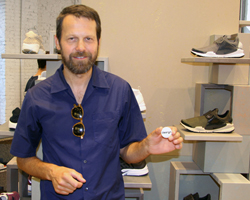 Sep 15, 2016
interview with martino gamper on his collaboration with NIKElab