italian born creative martino gamper has designed a series of structural furniture pieces for NIKElab’s store in milan. the designer has combined his ‘improvisational’ approach with the athletic brand’s distinct aesthetic style to create a flexible, modular system in keeping with the minimal layout of the space.

the central zone hosts an arrangement of individual shelving pieces, which have been assembled around the main column of the floor. the store uses a series of chairs which martino gamper says ‘started with just boxes which were cut open to make the seated shape’. the choice of materials and the flexible nature of the design responds to NIKE’s ethical approach which aims to combine the highest quality with the least environmental impact. martino gamper, who grew up in italy, was first introduced to the world of design through a short apprenticeship when he was 14. he then went on to study sculpture and design in vienna, before moving to london where he is currently based. the designer became recognised for his unconventional and playful approach towards making through his ‘100 chairs in 100 days‘, where he reconstructed disused chairs into sculptural objects.

designboom met with the designer at NIKElab‘s store in milan to discuss his collaboration with the athletic brand and his personal approach towards design. DB: can you tell us a bit about your collaboration with NIKElab?

MG: so I worked with two elements of the shop, the central column and the chairs. I started with the boxes which were cut open to make the seated shape. for this project it was quite spontaneous, a lot of the decisions were made in this space. the central column for example was assembled in store, I tried to work with the space itself and the physical pieces rather than from a drawing. 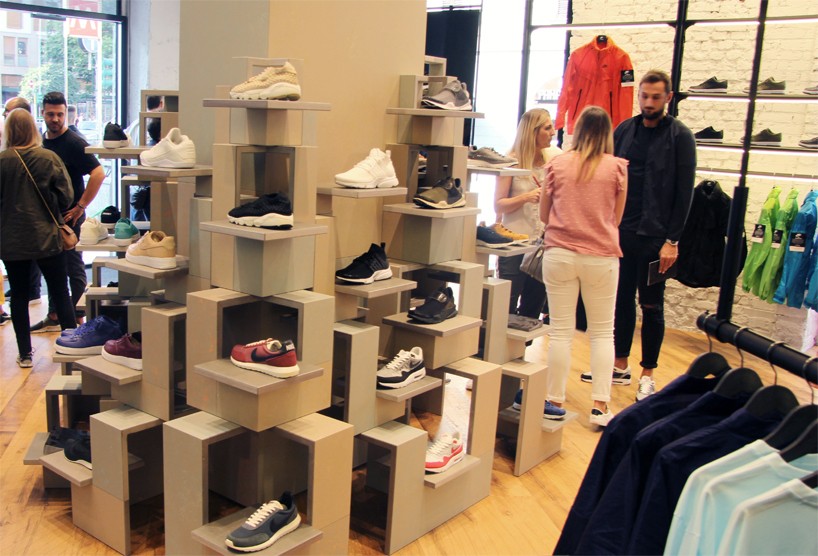 DB: your work has often been described as improvisational, how would you describe your work?

MG: I try to keep the creative process open for as long as I can, and try not to finalise it too quickly. when you start something you get new ideas and influences in that process, but the sooner you stop that process the result becomes more obvious. I think if you become more spontaneous about it, you add a lot more to the end piece. the practice itself, in a way is a very wholesome approach. I work on industrial design pieces, products, I make things myself, I work with artisans, I work as a curator sometimes, so in a way its the sum of all it together that excites me as a designer. 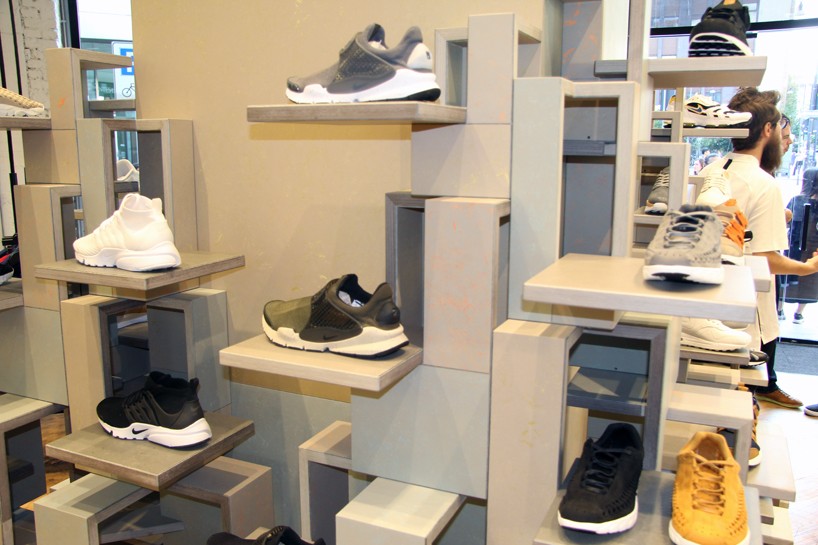 DB: what is it that interests you about using disused objects?

GB: I always find that every object that is thrown away can be given a second chance, or maybe I’m just resourceful and I don’t like throwing things away. I also see it is a very big challenge, we can’t reinvent the world over and over again, I think there are limited recourses, so I think sometimes by reusing the material, we can think of new ideas, turning them on their head and changing them slightly rather than keep reinventing the wheel over and over again. 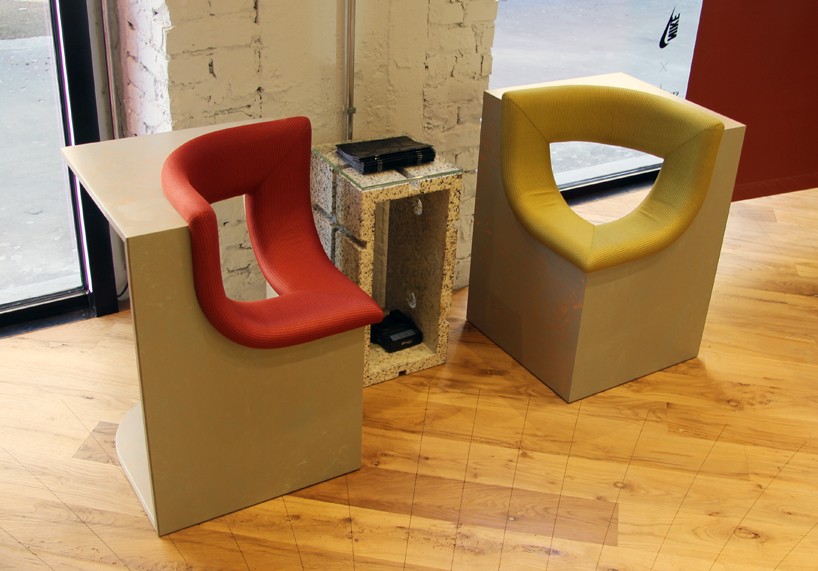 MG: never take no for no, keep curious, keep challenging yourself and the people around you. and I would also say make things, don’t hesitate to make objects, make them happen, don’t let them just be sketches, drawing and 3D renderings, make them happen. I believe it is important to keep a healthy balance between the thinking and the making. I think the balance is the most difficult thing. work but don’t work too much. think but don’t think to much. make and use all of the tools that you have around you, create great ideas and keep challenging your creativity.