the itinerant home all images courtesy of mary hale

during the decours design exhibition in new orleans, mary hale presented her ‘itinerant home’ on the rooftop of the DH holmes building at 810 bienville street in the city’s french quarter.

the project was a response to the efforts of rebuilding the area after hurricane katrina ravaged through the region four years ago. now, katrina’s destruction still endures, but not by lack of effort on the parts of local and international groups led by citizens and celebrities alike, doing their part to rebuild the city and provide homes for those displaced in the flood.

referencing lucy orta‘s earlier work, ‘refugee wear’, itinerant home provides a point of discussion of the different housing possibilities. the installation takes the form of a wearable, inflatable house which shelters multiple wearers working together to navigate through historic neighbourhoods and water bodies of new orleans. it expands on the definition of body wear, going beyond the gallery to be seen and worn by the public of new orleans in the context of their historical building stock. it symbolizes and stimulates ways of thinking about architecture of the home and the future of the city.

to produce the wearable abode, hale made digital models and laid out patterns in autoCAD. the overall ‘superstructure’ of the house is made from 1.9 oz breathable ripstop nylon and 9 yards of black 14 mil vinyl for the floor. the fabric of the home will stay inflated as long as there is a constant source of air maintained within the space.

itinerant home was commissioned by the new orleans chapter of the american institute of architects. 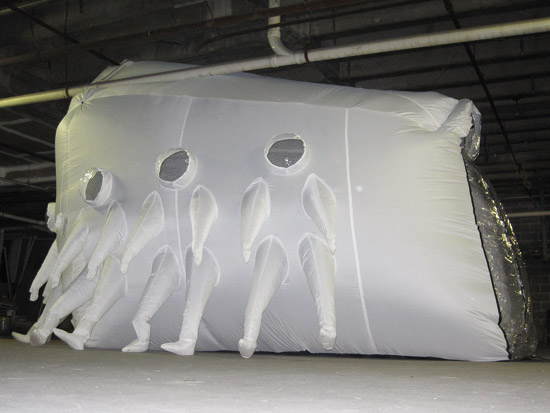 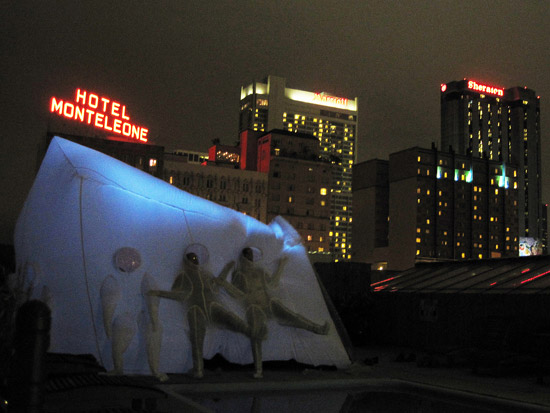 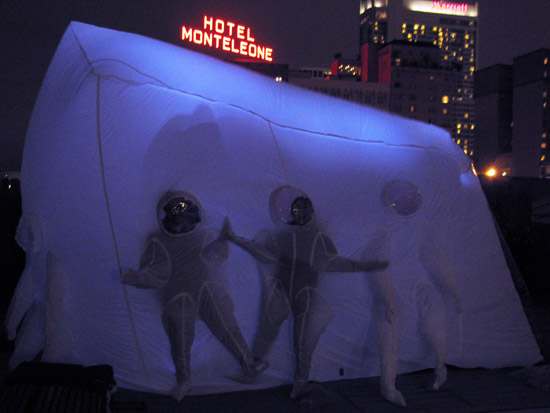 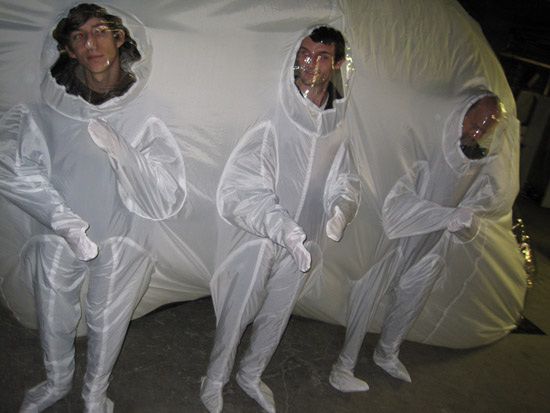 individuals interacting with the wearable house 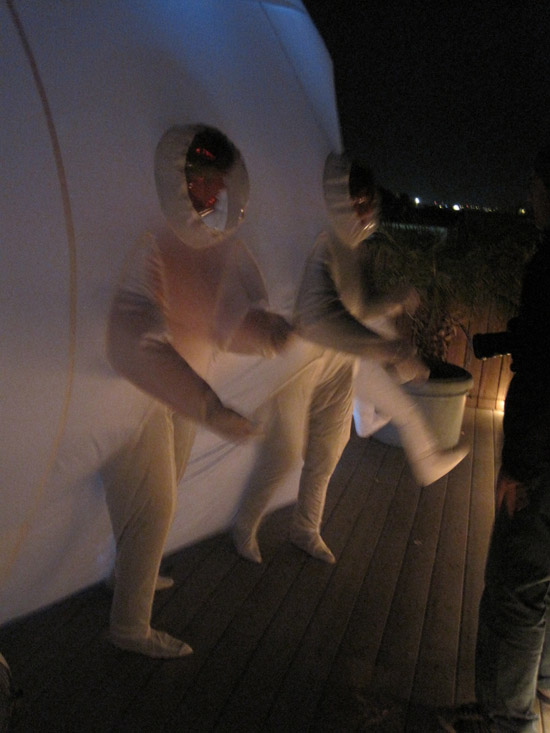 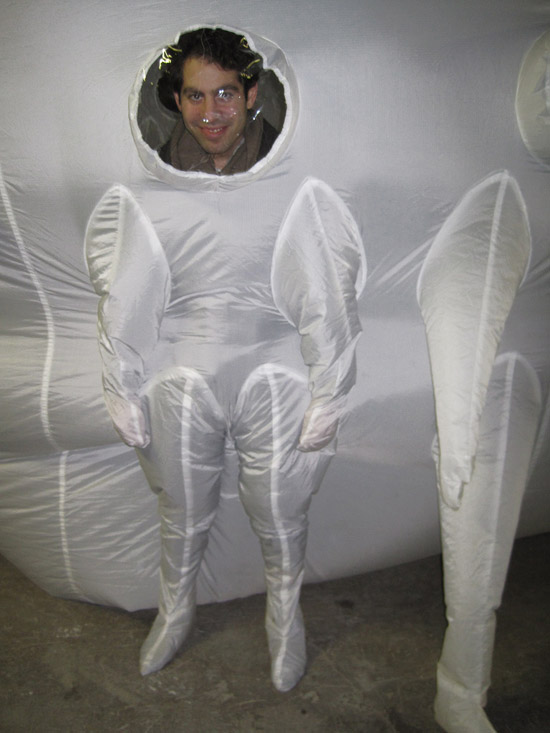 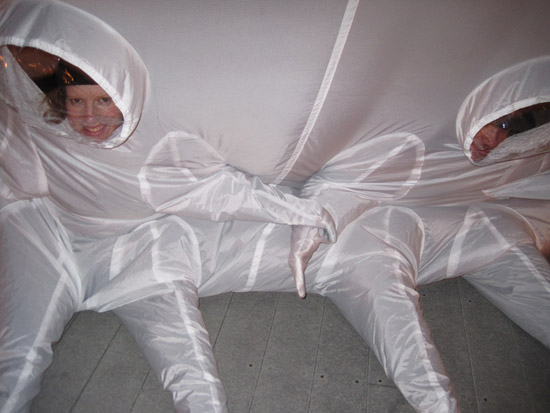 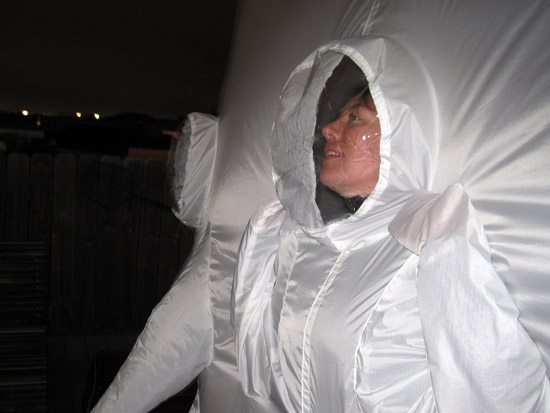 construction of the itinerant home: 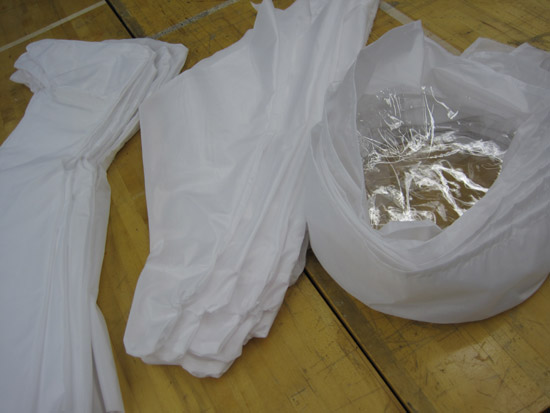 boots and windows ready to be sewn into the superstructure 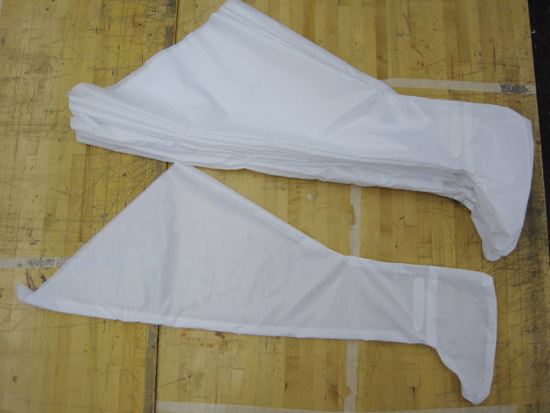 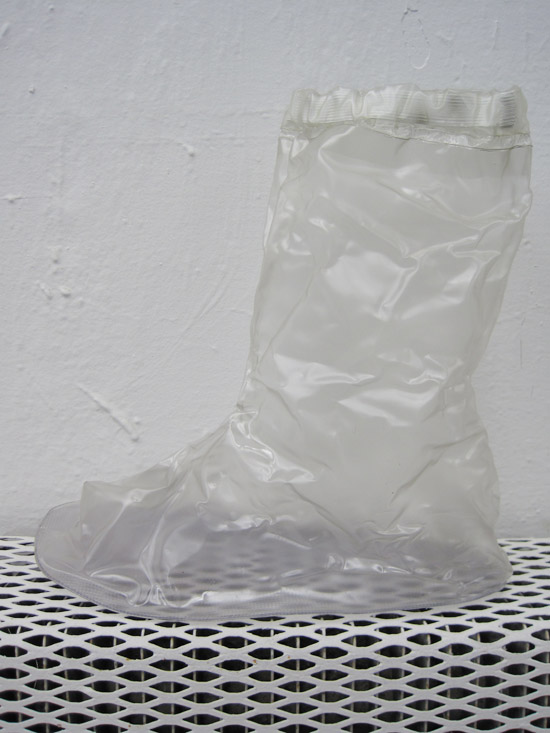 inflatable place for a foot 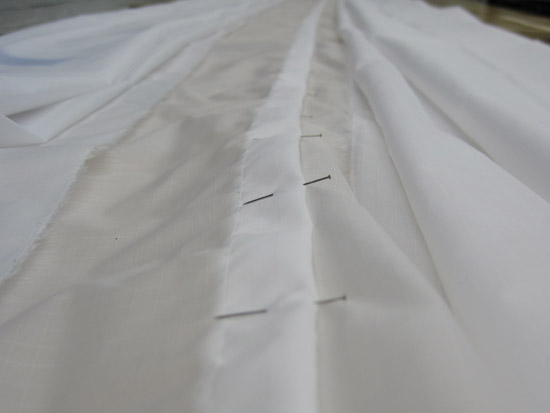 pinning the house together 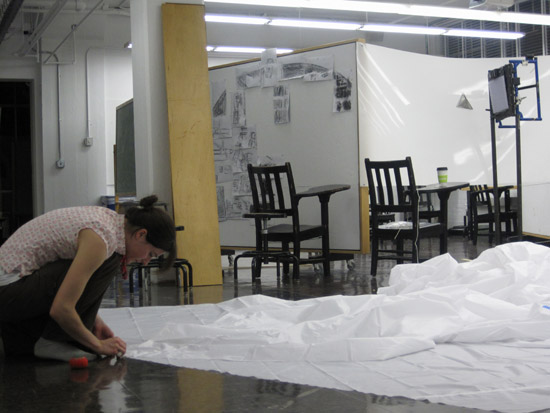 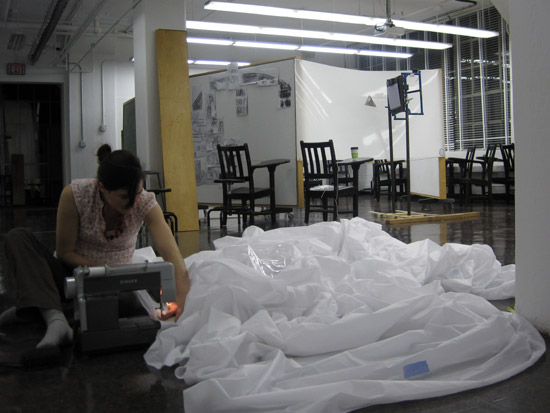 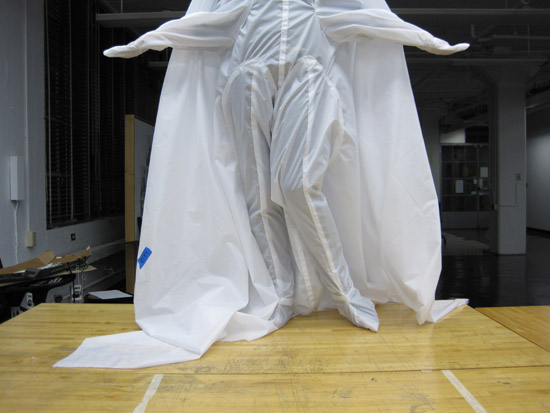 modeling one of the home’s wearable suits 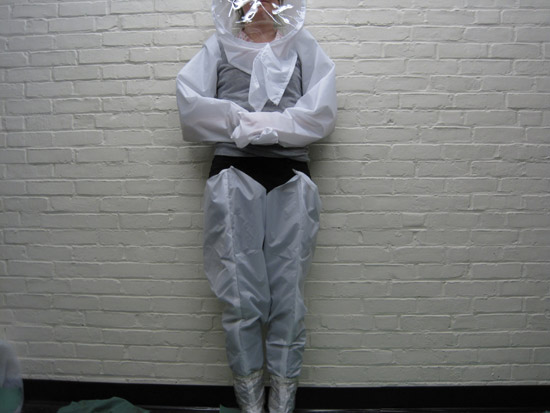 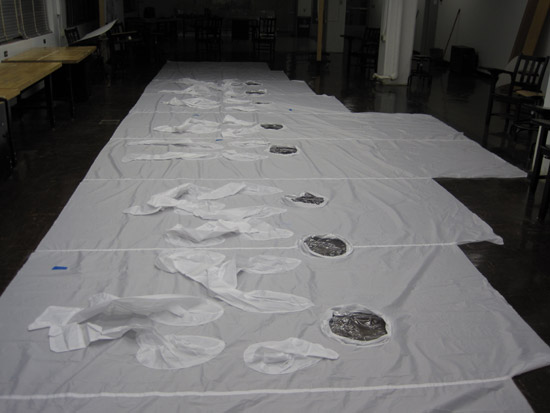 all the walls of the home sewn together 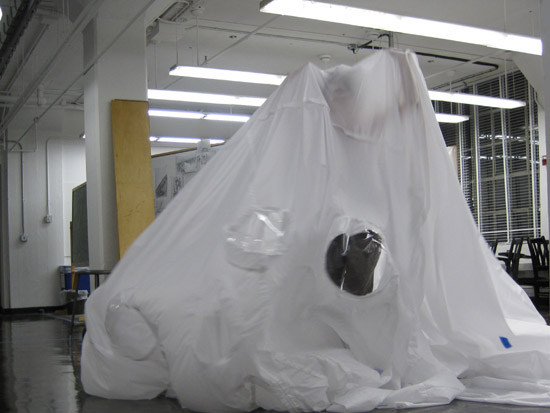 finishing up sewing of the roof 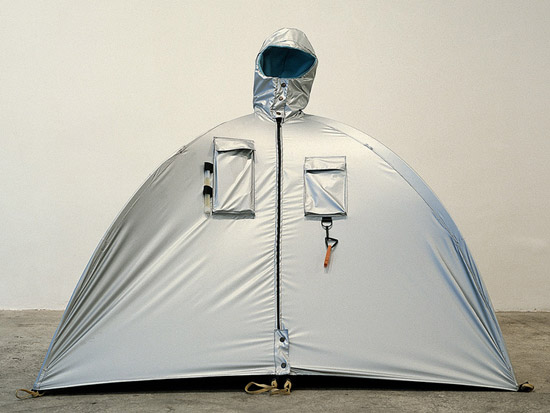